Most will agree that fairy tales often form an integral part of our childhood. Whether it’s being read Ladybird’s Little Red Riding Hood, or watching Disney’s classic rendition of Snow White and the Seven Dwarves, chances are you know a good number of them off by heart. More recently our favorite fairy tales have been experiencing a resurgence in popularity, but not necessarily in the formats you might expect. Films, comic books, video games and more are all drawing inspiration from fairy tales these days (although some of these adaptations work better than others). Here follows what I hope is a handful of the more interesting ones; what some lack in flawless execution, they make up for in heart. 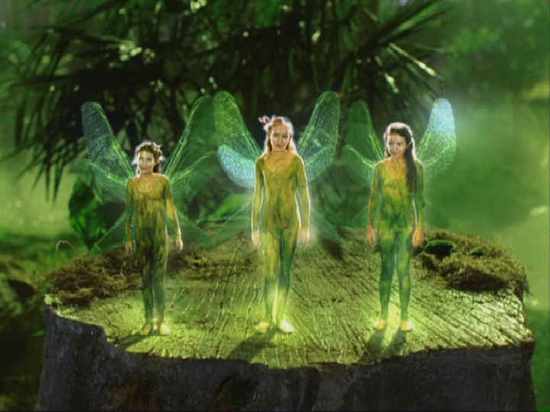 A fairy tale-themed fantasy miniseries with more than a few twists. All the expected trappings are present: Snow White, a magic mirror, a (sort of) handsome prince and even a big bad wolf (half wolf, actually). Plucky young Central Park waitress, Virginia, is sucked into a magical kingdom filled with fairy tale entities (it’s our own reality that is the titular 10th one, by the way), soon getting mixed up in saving it from the inevitable machinations of the evil queen. Despite receiving generally poor ratings, it had good reviews and even won itself an Emmy. A little cheesy at times but certainly a good effort. 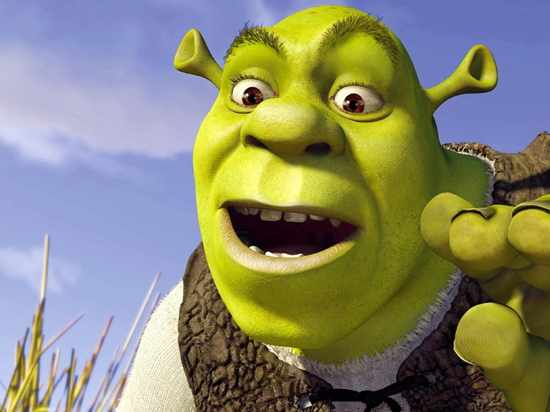 While the Shrek series has, admittedly, gone on a little too long for comfort, the first couple of films were definitely worth a watch. With a star studded ensemble of Mike Myers, Eddie Murphy and Cameron Diaz (as well as the likes of John Cleese and Antonio Banderas in subsequent installments), Shrek took traditional fairy tale mythology, shook it up and made a pretty decent movie out of it. With some stock characters as you’ve never seen them before (such as a secret thong aficionado Pinocchio, and a scheming businesswoman fairy godmother) and frequent questioning of what is truly meant by “happily ever after”, Shrek is certainly worth seeing at least once.

8
The Princess and the Frog 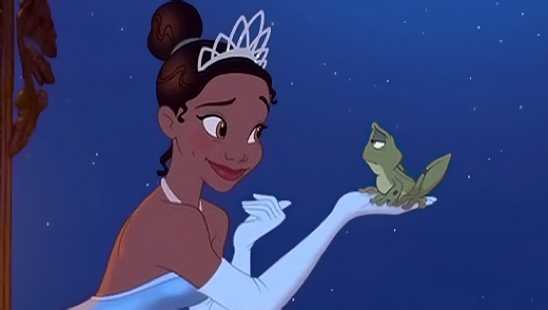 I had shied away from including Disney films in this list as they are often hardly rewritten at all (except for the sake of toning down their darker aspects, of course). However, Disney’s 2009 animated feature film, The Princess and the Frog, is a notable exception. Tiana is a young waitress living in New Orleans who hopes to one day open her own restaurant. Her world turns upside down when she is transformed into a frog upon kissing the cursed Prince Naveen. A welcome return to Disney’s roots in 2D animation, The Princess and the Frog is a great example of how fairy tale rewordings can still remain family friendly without being too saccharine sweet. 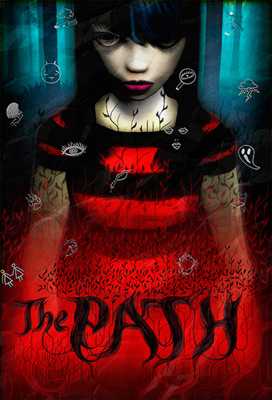 The Path is an uncanny, hallucinogenic experience, not quite art and not quite video game. Developed by Belgian studio Tale of Tales, it was released in 2009, and explores the story of Little Red Riding Hood in a way unlike any adaptation before it. After selecting one of six girls (all named after shades of red), the player is instructed to stay on the path to grandmother’s house. However, doing as you’re told results in failure; you must leave the path and brave each girl’s own unique wolf if you are to succeed (the latter word used loosely; following their respective wolf encounters, each girl appears to be quite thoroughly broken). While it’s arguably not much of a game, you can analyze The Path until the cows (or wolves?) come home. 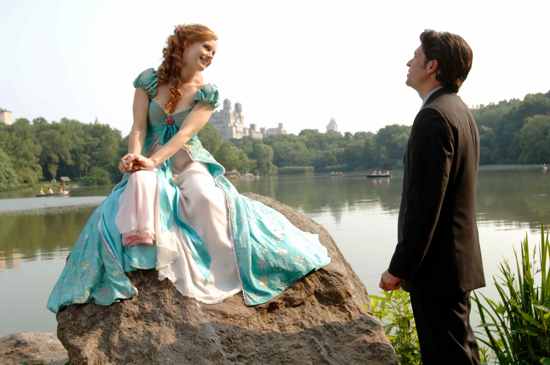 Essentially one big Disney self parody, the conceit of 2007 release Enchanted is that a number of fairy tale characters have fallen straight out of a 2D Disney film and into modern day New York. With a mixture of both famous and relatively unknown talent, the film offered an amusing and multi-layered depiction of what might happen if the stereotypical animated fairy tale collided with the real world. Fun, fresh and still ending with a happily ever after despite Earth, according to archetypal wicked stepmother Narissa, being a place without them, Enchanted was well received by both audiences and critics alike. 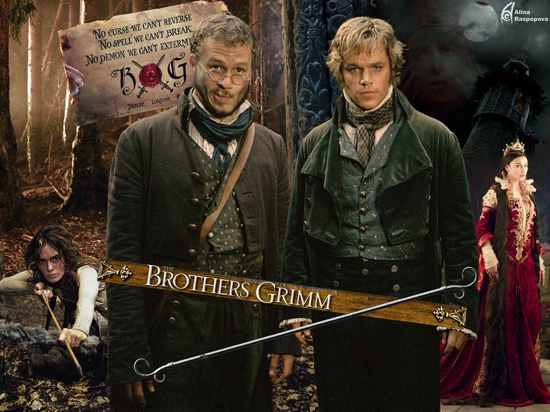 A 2005 fantasy comedy interpretation of the lives of the Brothers Grimm, Terry Gilliam’s film is certainly an interesting (albeit fictional) depiction of both the men and their tales. A 20 minute preview of The Brothers Grimm was shown at Cannes in 2005, and it also appeared at the 62nd Venice International Film Festival a few months later. With Matt Damon and Heath Ledger in the title roles, and a generous handful of other stars in the supporting ones (for example, Monica Bellucci as the evil Mirror Queen and Lena Headey as tough hunts woman Angelika), the film did well at the box office and, while drawing some criticism for its alleged focus on visuals over plot, is definitely worth seeing. 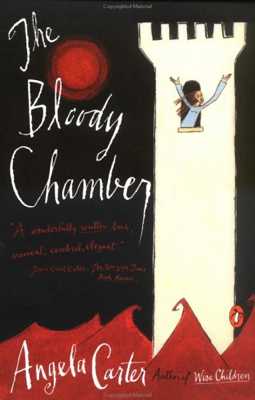 Arguably Angela Carter’s most well known short fiction collection (and my favorite, hands down). Originally published in 1979, it features multiple retellings of Little Red Riding Hood, as well as Snow White, Beauty and the Beast, and more. 1984 saw the release of The Company of Wolves (directed by Neil Jordan), which dealt with the more[were]wolf-centric tales in the collection, as well as its ongoing Red Riding Hood motif. Wonderfully written and laced with Carter’s trademark sumptuous magical realist imagery, The Bloody Chamber is an excellent exploration of the darker, more adult side of certain well known fairy tales. 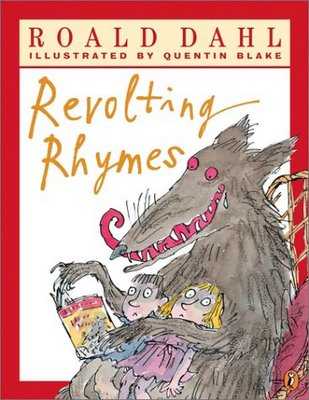 Probably the first ever fairy tale rewordings I was ever exposed to. Written by the amazing Roald Dahl, and published in 1982, the book contains six poems in total that rewrite the tales of Cinderella, Jack and the Beanstalk, Snow White and the Seven Dwarves, Goldilocks, Little Red Riding Hood and The Three Little Pigs. Funny, well written and with character-rich illustrations by Quentin Blake, Dahl’s work appeals to children of all ages (especially those who like their fairy tales with a bit of bite). Highlights include Red Riding Hood producing a pistol from her knickers to shoot the big bad wolf (subsequently making him into a coat) and such mischievous morals as Snow White and the Seven Dwarves’ “Gambling is not a sin / Providing that you always win.” 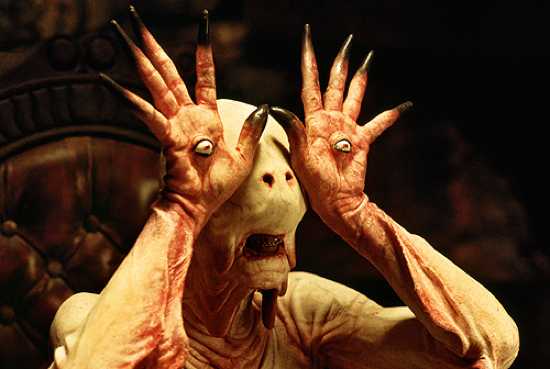 Although not based on a specific fairy tale, Guillermo del Toro’s film has undeniable fairy tale elements weaving throughout it. Indeed, the film even opens with a fairy tale (this telling the story of the loss of Princess Moanna, daughter of the king of the underworld) before the story switches to post-Civil War Spain, where Ofelia and her pregnant mother are going to live with her new stepfather. Retreating into a world of fantasy (which, considering the movie’s beginning and ending, is strongly implied to have some semblance of reality within the film world), Ofelia is guided through a series of trials by an enigmatic faun, in order to find out whether she is, in fact, the long lost Princess Moanna. With a gripping story, and del Toro’s stunning visuals, Pan’s Labyrinth was an instant – and enduring – success. 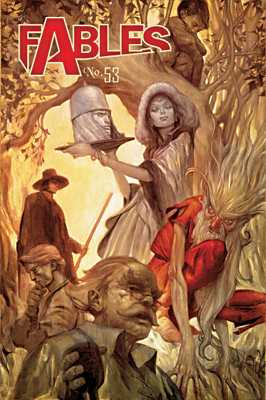 Created by Bill Willingham, the Fables comic book series is an excellent exploration of both contemporary fantasy and fairy tale. First published in 2002, the comics follow the lives of numerous characters from fairy and folk tales that have been forced out of their mythical homeland and are now living incognito in New York (these fairy tale folk do seem to gravitate towards the Big Apple, don’t they?). Key characters include the Big Bad Wolf (now living largely in human form under the name Bigby Wolf), Snow White, Jack Horner and Boy Blue. With both a television series and a video game said to be in the pipeline, it looks like the only way is up for this already highly popular (and critically acclaimed; it has been nominated for – and won – a number of awards) series.