Being a leader is hardly an easy job, and yet some leaders have ended their careers (and lives) on far more frightening notes than others. Indeed, at many moments in history and in many diverse civilizations, certain rulers have suffered horrifying ends, from Imperator Julius Caesar to Queen Mary of Scotland. And not just political leaders have met grisly demises. Religious leaders from Jesus Christ to Joseph Smith have also suffered sickening final moments. This list, however, provides examples of some particularly horrifying deaths, for which videos of the individuals’ torture and/or executions could be posted (or at least photographs) to showcase just how terrifying their ultimate fates were. Not all of the men listed below were necessarily hated tyrants, although most do rank among history’s most vicious political and religious leaders. Again, I do want to strongly emphasize that this list is not a list of “evil” leaders who happened to be killed on film.

As such, if you see a name or two that belongs to someone you do respect or hold in esteem, please be sure to keep in mind that they are not included as part of some kind of guilt by association for appearing on the same list as some of the, unquestionably, deplorable figures whose names appear below. For that reason, I am also avoiding having the “Top” added to the title of this list. After you review this list, I hope that you will consider, for the purpose of discussion, whether any of these men and women deserved to suffer in the ways that they did. The debate has ongoing relevance as pundits discuss, presently, what should happen in the event of the capture of the King of Kings of Africa (yes, he has actually referred to himself as such), Muammar Qaddafi. How should we deal with toppled tyrants? When does religious practice become cult-like and possibly illegal? Given the examples below, why do various individuals continue to rule in manners reminiscent of the deceased men and women on this list? It should be noted that Saddam Hussein has been omitted from the list due to his inclusion on a recent list. 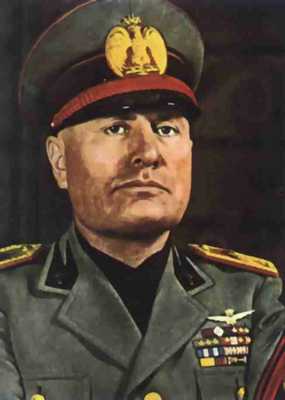 Mussolini ended his political career as the Head of State of the short lived Italian Socialist Republic. He had previously served beneath King Victor Emmanuel III, to head Italy’s government, from Halloween 1922 to July 1943. During that time, Mussolini sought to create a Second Roman Empire, and expanded Italy’s influence at the expense of Albania and Ethiopia. He also assisted fellow fascist dictator, Francisco Franco, in the Spanish Civil War and allied with notorious Nazi Adolf Hitler during World War II. After Mussolini’s mistress Clara Petacci was shot, Mussolini demanded to be shot in the chest. Walter Audisio obliged, shooting Il Duce twice in the requested area. Both Mussolini and Petacci’s corpses were treated with contempt, and subsequently hung upside down in a public display with other executed fascists. 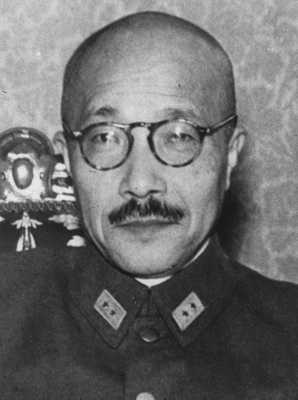 Hideki Tōjō was the Prime Minister of Japan from 18 October 1941 to 22 July 1944, and played a major role in Japanese politics during World War II. As atrocities committed by the Japanese during the war came to light, Tōjō too faced accusations of war crimes and sought a quick way out of the coming reckoning. At least one photograph depicts the bloody aftermath of when he botched a suicide attempt, in 1945. He had shot himself in the chest, but failed to hit his heart, despite a doctor marking the location for him. The former general of the Imperial Japanese Army and prime minister stood trial. He was sentenced to death for waging unprovoked wars of aggression and permitting inhumane treatment of prisoners of war. He apologized, both after his failed suicide attempt and before his successful hanging. 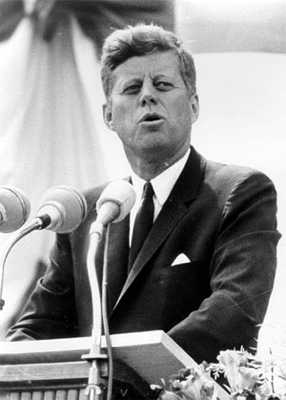 Kennedy fought in World War II, before eventually becoming President of the United States during the Cold War. The video of his assassination is among the most famous and watched assassination videos in human history. The man arrested and believed to be behind the assassination, Lee Harvey Oswald, was himself later gunned down by Jack Ruby in a televised shooting. The circumstances surrounding the assassinations of first Kennedy, then Oswald have figured in some of the more enduring and famous conspiracy theories of modern times, even to the point of being featured in a major Hollywood film by acclaimed director Oliver Stone. The assassination of Kennedy is also commonly depicted in fiction, with alternative assassins ranging from the X-Files’s Smoking Man to the Watchmen’s Comedian. Despite being hated enough by at least one person so as to be assassinated, Kennedy has, nevertheless, become a celebrated American president, appearing on coins and in various memorials. His younger brother, Robert Francis Kennedy’s assassination in the same decade was also video recorded. 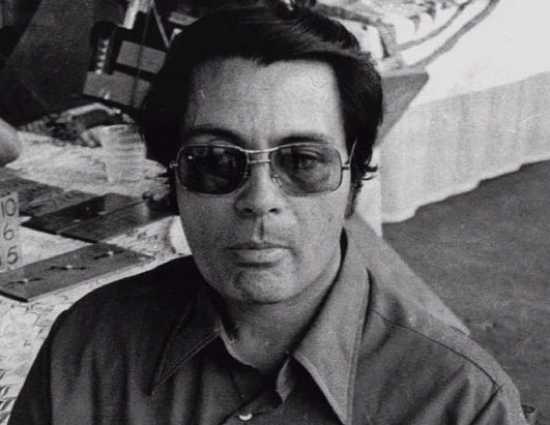 Jim Jones founded and led the Peoples Temple, a religious group that established a community in Guyana, usually called Jonestown. Following a shooting incident at the community – in which United States Congressmen Leo Ryan became the only person assassinated in the line of duty while a Congressman in United States history – over 900 inhabitants of Jonestown died of cyanide poisoning. Jones died of a gunshot wound to the head. His body, as well as those of his followers, can be viewed in photographs available online. An audio recording of the mass suicide also exists. One of the more striking photographs of the aftermath juxtaposes the bodies with a sign that reads: “Those who do not remember the past are condemned to repeat it.” This expression has rung true, as Jones was hardly the last cult leader to partake in a mass suicide event with his followers. Moreover, the incident also gave rise to the expression “drinking the Kool-Aid”, which continues to be applied to blind fanatics to this day. 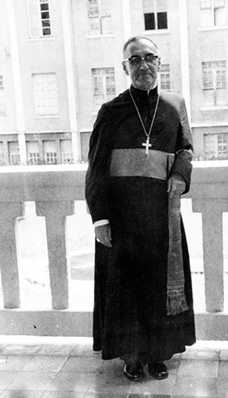 Oscar Romero became the fourth Roman Catholic Archbishop of San Salvador, from 1977 to 1980, which means he led the chief Roman Catholic ecclesiastical division of El Salvador during those years. In his role as a religious leader, he denounced persecution of the Catholic Church and called upon Christian Salvadoran soldiers to not participate in their government’s repressive violations of human rights. Several Catholic priests perished by assassination during Romero’s time as archbishop, and he would soon share their fate. Photographic evidence depicts his bloody murder by shooting during Mass, no less, but killing him did not silence his message. The murder sparked national and international outrage, and he has essentially become a martyr to many, with some even calling for his canonization. Tragically, however, the outrage after Romero’s death did not result in an immediate halt in the violence in El Salvador. Another infamous incident for which photographic and video evidence of the aftermath exists occurred near the end of the same year, when thuggish soldiers raped and murdered American missionaries and nuns Maura Clarke, Jean Donovan, Ita Ford and Dorothy Kazel, on 2 December 1980. Mankind’s ability to commit cruel acts never ceases to amaze and disappoint me… 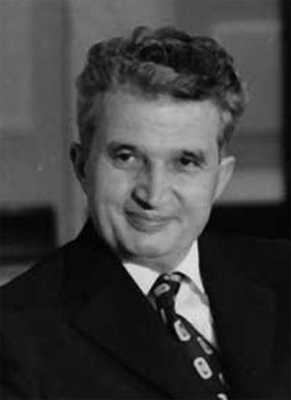 Ceaușescu served as the president of Romania for well over a decade, until just a few days before his and his wife Elena’s televised executions in 1989, as the last individuals executed prior to capital punishment’s abolition in Romania. After ruling Romania in a deplorable manner detailed at length in Gail Kligman’s The Politics of Duplicity: Controlling Reproduction in Ceausescu’s Romania, he faced a show trial that preceded death by firing squad. One of the executioners claimed that Elena smelled particularly bad before her demise, perhaps having wet herself in fear. 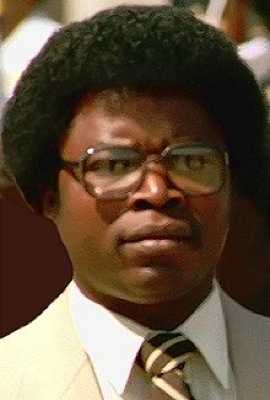 Samuel Kanyon Doe became, first, Chairman of the People’s Redemption Council and then President of Liberia, after a military coup in which Doe and his men allegedly disemboweled then President William R. Tolbert, Jr. in his bed while he slept in 1979. Doe ended his tenure as Liberia’s head of state in, arguably, as gruesome of a manner as he started it. In 1990, Prince Yormie Johnson captured Doe in Monrovia and tortured and humiliated him for many minutes while drinking a beer. Videos depict a bloody and stripped Doe have his ears severed by his captors, among other tortures and humiliations. A photograph also shows Doe’s nude corpse surrounded by uniformed, gun-carrying individuals. 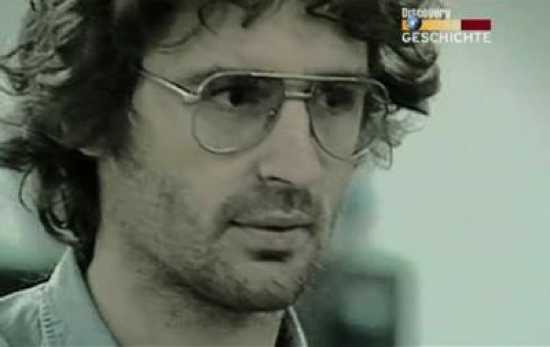 Koresh, unlike most others on this list, was not a political leader, but rather a religious leader, in his case heading the Branch Davidians. He has been accused of child abuse and statutory rape. His is most famous from the lengthy siege of his Mount Carmel compound, that began with a firefight in which four federal agents died. The siege ended in a massive fire that took the life of Koresh and over seventy of his followers. A photograph purportedly of his charred remains can be viewed online. 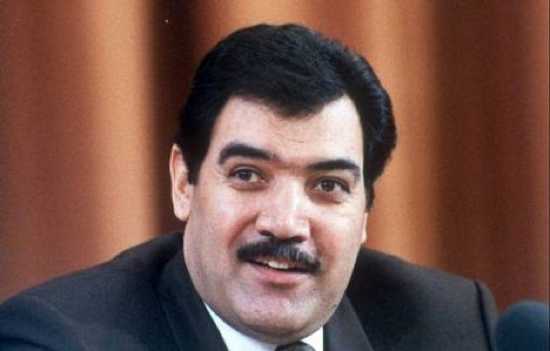 Mohammad Najibullah Ahmadzai was the last president of Afghanistan before the Taliban’s takeover of that country. He had become president during the final years of the Soviet invasion, but although he survived the hardships of that conflict, he could not survive Afghanistan’s subsequent civil war with Ahmad Shah Massou. As the situation deteriorated, Najibullah rejected offers to flee Kabul, foolishly thinking the Taliban would not harm him. Instead, Taliban soldiers dealt disgusting physical violence to Najibullah, including genital mutilation. They also shot his brother and ultimately strung up both brothers’ dead bodies for public display. Nevertheless, as some say, “What goes around comes around,” and, indeed, many members of the Taliban have experienced their own comeuppance in the ongoing ten year war against a NATO-led coalition. 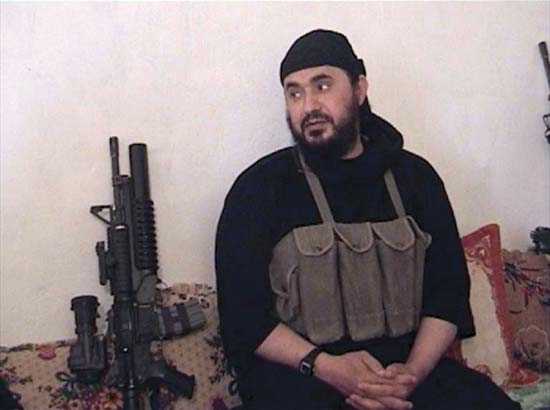 Abu Musab al-Zarqawi, the so-called “Emir of Al Qaeda in the Country of Two Rivers,” received credit for a host of terrorist and insurgent bombings and executions in Iraq during the recent war. Despite rumors and claims that he died before 2006, he was ultimately confirmed bombed to death by United States Air Force jets in Summer 2006. The United States of America’s government, in turn, released photographic evidence of his death.