When all else fails, strike! This is how union workers think when they want to get their points across. For the majority of those employed, however, protesting a job is unthinkable, not to mention a fireable offense. When pay becomes too low to bear, options exist in the form of a) negotiating with a boss and/or working overtime, b) finding a new job that pays better, or c) sucking it up. In this way union workers have it easy, not to mention the fact that they usually get paid at least double what a non-union worker makes, or that their contracts are continually open for discussion (and improvement). Here are ten of the most famous strikes in recent history (the last decade or so): 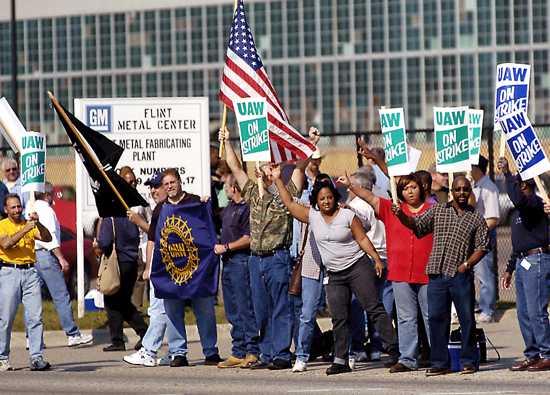 In 2007, from September 24 to 26, about 73,000 auto workers in the United Auto Workers Union raised their wrenches defiantly against General Motors, with concerns of compensation, benefits, job stability and company investment (complaints of the usual sort). After two assembly plants and a transmission facility in Canada were, effectively, shut down, a deal was agreed upon and the wheels were in motion once more. 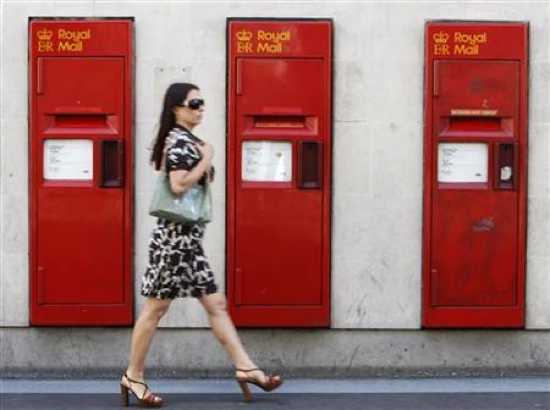 Tens of millions of items were not delivered from the Summer of 2009 to the Spring of 2010, due to picketing postal workers. The strike was agreed upon after Royal Mail failed to disclose how modernization plans would affect workers’ job security. A letter-route sequencing machine, for instance, would, effectively, render human workers obsolete. A deal was eventually struck, in the form of higher pay and an agreement to maintain 75% of workers in full-time positions. 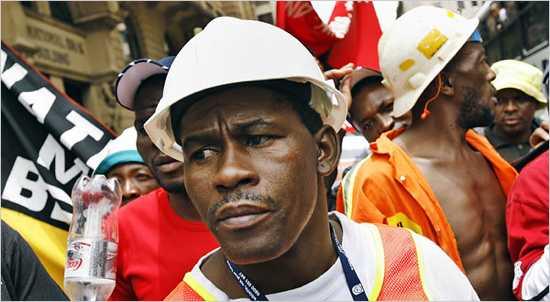 A one-day strike on December 4th, 2007; the entirety of the mining industry went on strike against the unsafe conditions of working in a mine. While the dangers of a mine are nothing new (just ask any Minecraft veteran who’s ever gone spelunking for iron ore after dark), it was the rise in deaths between 2006 and 2007, and a government plan to reduce this number, which prompted such a resounding outcry. 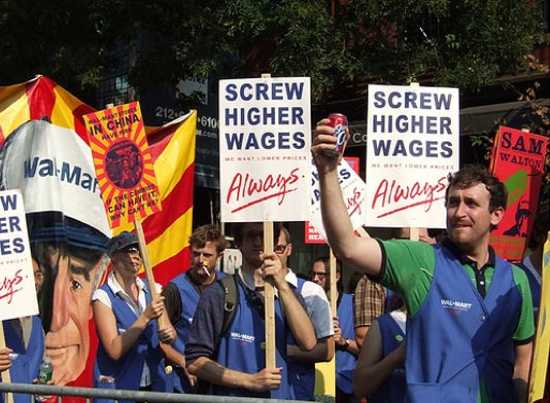 In 2006, 200 employees from a Florida Wal-Mart stood outside in protest of unfair working conditions, ranging from belittled wages to cut hours. Wal-Mart has long be perceived as an anti-personnel juggernaut, donning a deceptive “smiley face” logo, in spite of what appears on the employees’ faces. The customers never really see the blood, sweat and tears that lies behind a two-dollar 40-pack of paper towels (that is, beyond that which they wipe up themselves). Protesting paid off, however, in the most literal of ways – in 2008 the franchise paid out $640 million to settle a majority of the suits filed against the yellow smiley face. 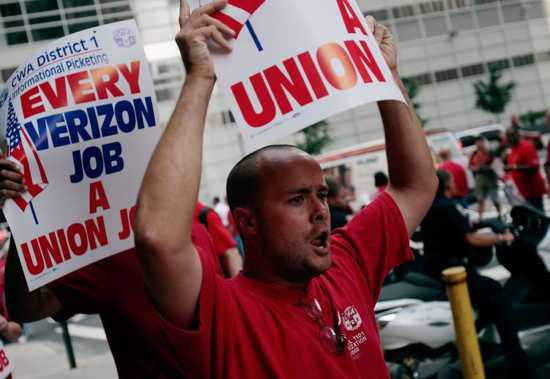 Forty five thousand Verizon employees simultaneously shouted “Can you hear me now?” (so to speak) as workers across the country went on strike. As a result, 411 offered very little help. Contracts of myriad landline employees had expired, leaving them jobless in a world where wireless is the dominant format. And up went the pickets, with many gathered around the New York headquarters. 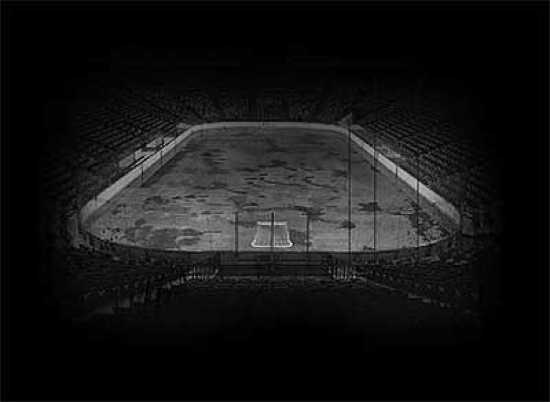 Who would’ve thought hockey could cease to be a sport? Such seemed to be the case during a lockout during the 2004-2005 season that seemed to last forever. It felt weird at the time, hockey always seeming to be an immortal institution far too big for petty grievances; but like the ever-circling Zamboni, the ice remained clear for a whole year. There was a weird silence, teeming with feelings of resentment and betrayal. The issue? Players’ salaries and the threat of salary caps being implemented. Hockey players were just unwilling to accept checks that body-checked their pride. Eventually it was resolved, and Stanley Cups have been dealt once more (as well as more than handsome contracts for the stick-whacking pros). 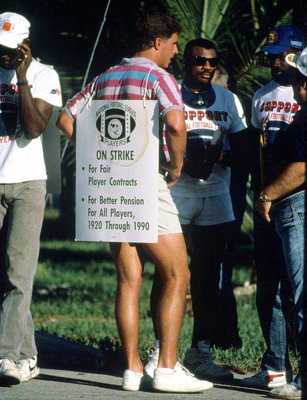 It didn’t last nearly as long as the hockey strike, partially for fear of the prospect of losing FOOTBALL for a whole year. That would be like America going on sick-leave (to some). It surely wasn’t too hard to settle the over-the-top needs of the players, when the bloated empire itself rakes in more stacks of cash than can be laid, like astro-turf, over Gillette Stadium’s playing field. Plenty of money to support Michael Vick’s dog-fighting habits, anyway. 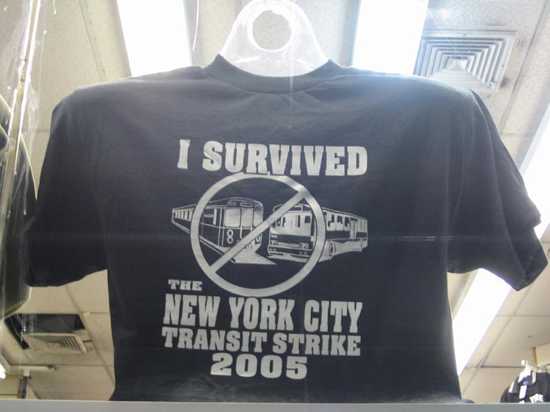 In 2005, buses and subways were halted from December 20 to 22. Millions who rely on public transportation to carry on the essential of life were effectively grounded. The strike, on behalf of the Transport Workers Union, demanded from the Metropolitan Transit Authority pension, wage and retirement increases in unsuccessful contract negotiations. Workers were apparently adequately satiated, as transit operations were back in full order in the late morning of December 22nd. 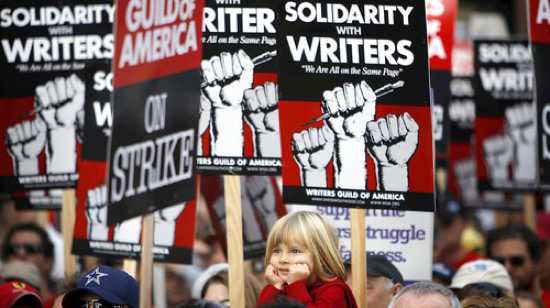 Between November of 2007 and February of 2008, T.V. was just not happening. That is, it wasn’t being written, and thus wasn’t airing. Potential losses were estimated to be between hundreds of millions and billions of dollars on behalf of the strike. The cause was a failure to agree on terms for a new contract for the writers’ issues, including DVD residuals, animation and reality T.V. writers, and New Media disbursement. Many actors joined in on the picketing, in spite of the forbidding terms of their own contracts, standing by those who give them their on-screen identities. Several shows even returned to air sans writers, such as the Tonight Show, Late Night with Conan O’Brien, The Daily Show, and The Colbert Report (the latter two however changed their names during the strike to “A Daily Show” and Colbert Report, with two hard ‘T’s). 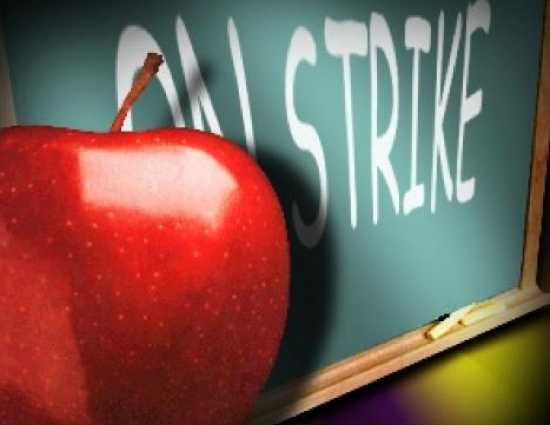 It is a tireless mantra: teachers have forever been called “overworked and underpaid,” and finally, at least in Washington, they stood up with signs in hand. The teachers went on strike in September 2011, for the reasons of low pay, classroom size and the way in which districts toss teachers around. Even though district lawyers say public workers can’t legally strike, and the Tacoma School District tried to get the Supreme Court to order teachers back to the classrooms, the protests caused schools to remain closed for days on end. Still, teachers get little more than that shiny red apple on their desk.