Each year in America, two-thirds of the graduating high school class enrolls in a post-secondary school. They sign up for the education that they believe will earn them a better a future.

In theory, it should. The harsh reality, though, is that these students are entering one of the most expensive higher education systems in the world. The majority of them will not be able to afford it. Many will leave with crippling debts, and even more will be unable to pay their way to the end. 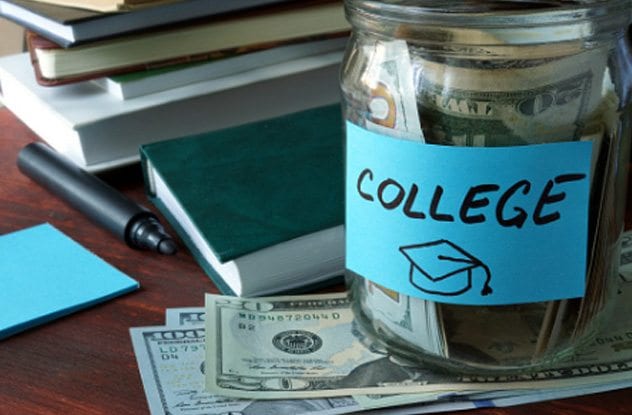 In 1975, a year’s tuition at a public university cost $510—or, adjusted for inflation, $2,500. In a lot of countries, that’s still a normal price for a year of post-secondary education—but not in the United States. In the past 35 years, the average tuition costs have quadrupled.

It’s especially bad if you want to go an Ivy League school. An average annual bill for a top-tier University in the United States is about $50,000 per year—which is about equal to every penny the average American family makes in a year.

Here’s the crazy part: They don’t charge you that much because they need the money. Harvard makes enough money from endowments that they don’t even need to charge tuition to make a profit (and indeed do not charge students whose families make less than $65,000 per year).

9 . . . But Government Funding Has Actually Gone Up 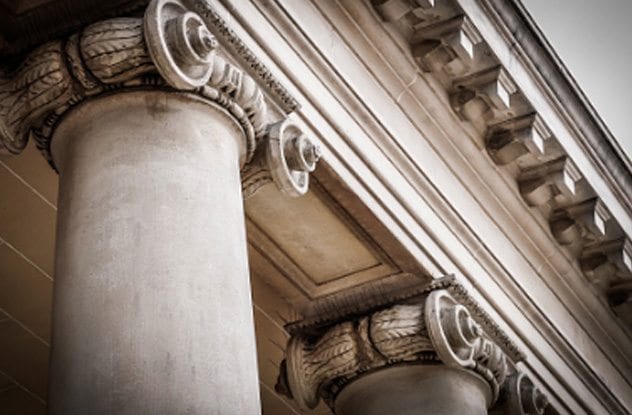 The government pours more money into higher education than ever. Today, the US government invests 10 times as much into post-secondary education as it did in 1960.

The average professor’s salary is almost the exact same as it was in the 1970s, so the money’s not going to the teachers. Instead, it’s going to administration. University administration teams have grown at 10 times the rate of tenured professors—so we’re getting better business people and pretty much the same teachers. 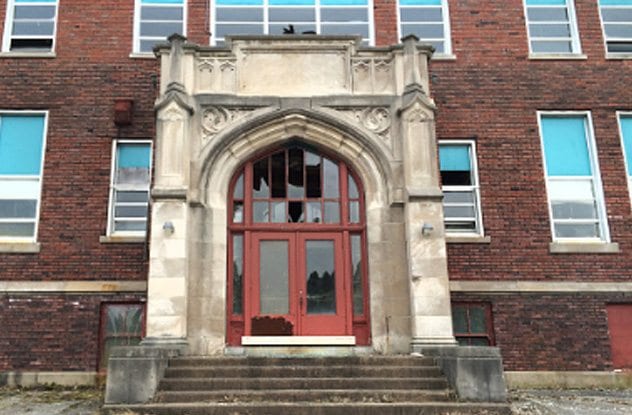 At the turn of the 20th century, Ivy League private schools lobbied to keep funding away from public schools. They didn’t want to deal with the competition—and it worked.

Because of these lobbies, states without major private schools ended up spending a lot more money on public colleges than the ones ruled by big private institutions. Iowa, for example, spent 84 percent more per student than Harvard’s Massachusetts. As a result, today, all the best public universities in America are in states that didn’t have a major private school in the 1890s.

There are still people trying to keep public universities down. Even the director of the Center for Higher Education Policy is against funding them. He’s gone on the record calling funding higher education “a boondoggle” and has encouraging the government to “starve the beast.”

7The Cost Of College Textbooks Have Risen 1,401 Percent 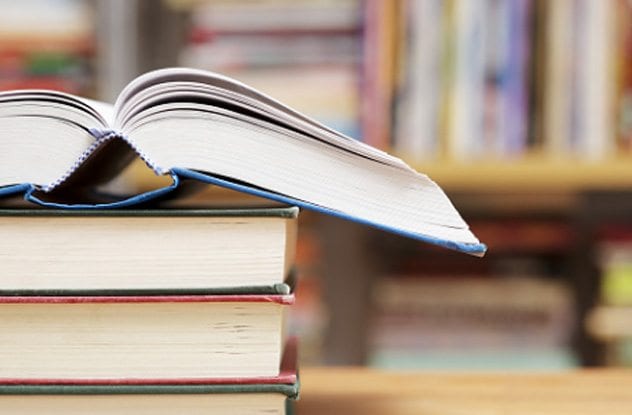 Tuition prices are high—but the biggest hike has been to the textbooks. The average price of a university textbook has gone up an absurd 1,041 percent since 1977.

They get away with it because the students don’t have any choice. Four publishers make 80 percent of all textbooks. Teachers, with few other options, assign them, and students, with no other way to pass, have to buy them.

On average, a student in America will drop $1,200 each year on textbooks and course materials. That’s just an average, though—sometimes it’s more. As an extreme example, one book used in some Chemistry classes costs an incredible $400.

6Debt From Student Loans Is Now Over $1 Trillion 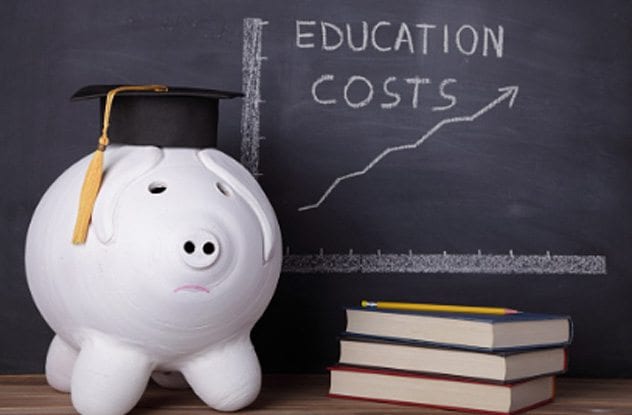 Right now, Americans owe $1.3 trillion in student loans. That’s a big number—and it’s only going to get bigger. The majority of people can’t pay these loans back. In fact, half of all student loans are currently in deferment or some other system to put off payment. Student debt is expected to double and reach $2.5 trillion by 2025.

A lot of the time, that debt carries on until you die. 2.2 million Americans over the age of 60 still have student debt. They have a lot of it, too. The average senior in debt still owes $19,521 in student loans, so there’s a decent chance you’ll die without ever paying your student debt off.

5You Can’t Escape Your Student Debt 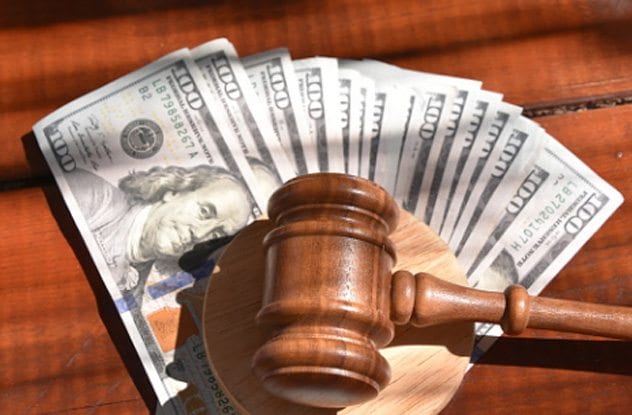 It wasn’t always that way. For a long time, student loans could be erased in bankruptcy court. Then, in 1976, they changed the law. There wasn’t an epidemic of people filing bankruptcy to get out of paying their debts or anything—in fact, only 1 percent of student loans were discharged in bankruptcy. The government was just worried that people might start doing it some day in the future.

Today, it’s not quite impossible to get rid of a student loan in bankruptcy court, but it’s unusually difficult. You have to prove that your loans cause you “undue hardship” that trap you in a “cycle of poverty” to the satisfaction of the court, which isn’t easy to do.

471 Percent Of College Students Have To Work While In School 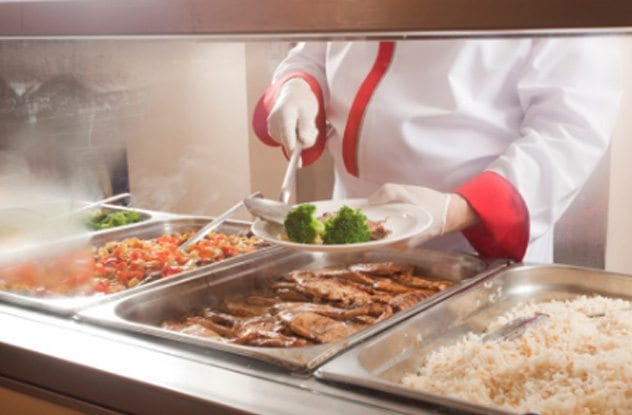 Tuition’s only half of the battle. Just paying day-to-day bills when most of your time is taken up with school is a massive challenge. The average college student in America has to drop an extra $17,620 a year in living expenses—a rate they only pull off by living in terrible conditions.

Even with debt, most students don’t have enough money to cover tuition, rent, and food. 71 percent of them have to work to make those ends meet—and they work a lot of hours. More than half clock in over 20 hours a week, and one in five put in full-time 35-hour weeks.

Since there isn’t enough time in a day to work full-time and go to school, 60 percent of all students are only enrolled part-time. The rest struggle to balance their time, typing up assignments in the few spare moments they aren’t at work.

3Half Of All Students Drop Out 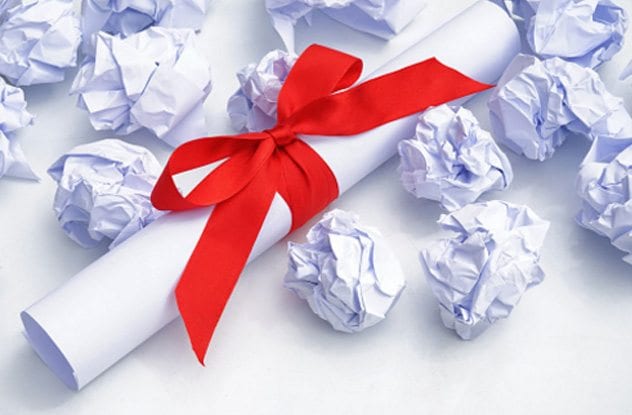 American has the highest college drop-out rate in the developed world. Nearly half of all American college students drop out before they get a degree. Sure, some of those people drop out because they can’t meet the grades, but that happens everywhere. The reason America’s number one in college dropouts is because, once the people get into college, they realize they can’t afford it.

There are some major demographic spikes in the dropout rates. Students whose parents can’t afford to help pay their tuition make up most college dropouts. And students who have to take part-time classes so they can pay your way through are more likely to drop out than any other group.

The really sad part is that most people still believe they’ll be able to make their way through. 70 percent of all American high school graduates sign up for college—and then half of them give up.

2Tuition Costs Have A Major Impact On Society 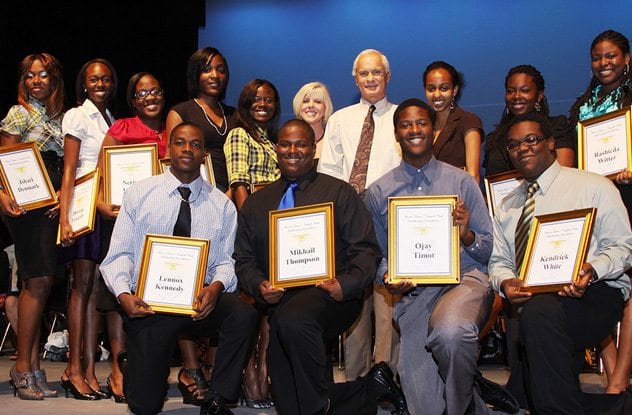 Higher education’s often on the chopping block of expenses—which is strange, because it has a major impact on society. Economists are in a near-complete consensus that increasing funding for higher education benefits the economy.

There’s a great example of this is Tangelo Park, Florida. Every high school graduate in Tangelo Park gets a free ride to college. A multi-millionaire philanthropist named Harris Rosen gives a massive scholarship to every resident accepted into a Florida public university. He completely covers all their tuition, living costs, and educational expenses from the first day of school to graduation. Kids in Tangelo Park don’t have to pay a dime to go to school.

The effect on the city is incredible. Since Harris Rosen set up his scholarship, the crime rate has dropped by 63 percent. Today, the high school graduation rate is Tangelo Park is 100 percent.

And the investment pays off. According to a study by the University of Toronto, every $1 Rosen invests into education gives a $7 return to the economy.

1Every Effort To Fix It Is Going Nowhere 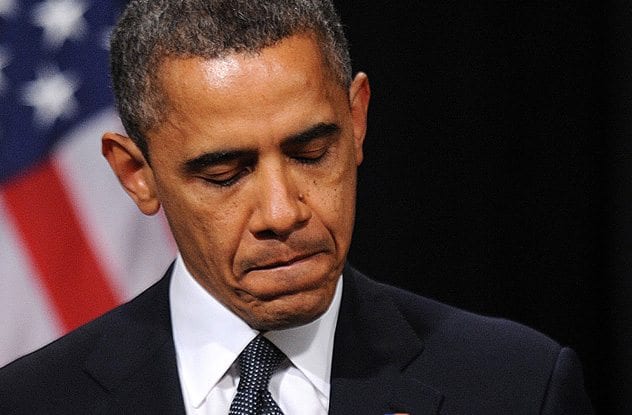 The Obama administration proposed a bill that would let bankrupt Americans treat student debt like any other debt. They also introduced a bill that would have offered free community college to anyone who makes less than $200,000 a year. That program was expected to cost $6 billion a year to run—which, out of a federal budget of $3.8 trillion, isn’t that bad.

These bills were introduced—and nothing happened. It’s been nearly two years since the bankruptcy bill was proposed, and 18 months for the other one, and nothing has been done with either one since. That means they’re pretty well guaranteed not to happen. Only 5 percent of bills get signed into law, and, on average, that happens within 215 days, so those bills are well past their expiration date.

As it stands, nothing’s going to change—and all of these problems are just going to get worse.