It’s kind of a no-brainer that poverty sucks—if it totally rocked, nobody would ever get a job. But what most of us probably don’t realize is how objectively horrifying being poor really is—at least, we don’t realize it yet. According to research, roughly 80 percent of Americans will experience at least one year of poverty in their lifetimes. 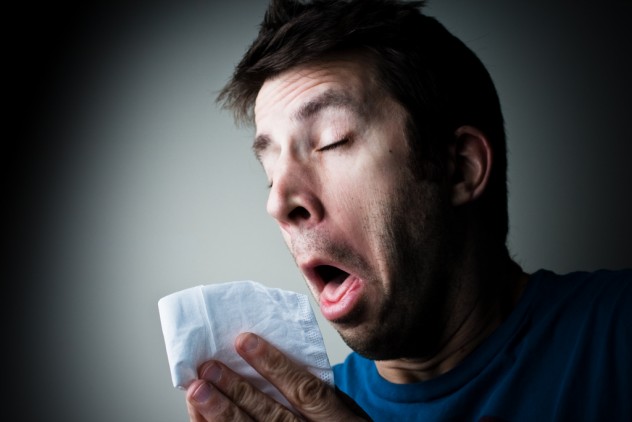 If we’re being unkind, our picture of the very poor probably involves junk-food addicts wheeling their way around Walmart, puffing on a cigarette and vaguely trying to remember when they last did any exercise. But this image has almost nothing to do with reality. A long-term Gallup study found that those in poverty are just as likely to eat healthily as the rest of us, only slightly less inclined to exercise, and equally clued-up about nutrition. Yet being poor increases your risk of chronic diseases to a stupid degree.

Here are some figures. If you’re poor, you’re almost twice as likely to be depressed. You’re significantly more likely to have asthma or diabetes, and you’re more likely to suffer a heart attack. The moment your income drops below a certain level, you’re statistically opening yourself up to a whole host of potentially life-threatening conditions. Unsurprisingly, that can take its toll. 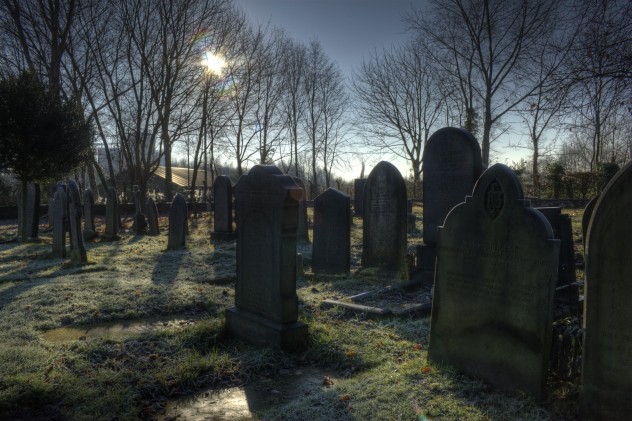 Here’s an unpleasant statistic: If you’re poor, you’ll die an average of five years earlier than everyone else. If that doesn’t sound so bad, you’re presumably having this read to you by a fleet of butlers on your luxury yacht. Five years is a heck of a difference, and it gets worse when you realize that isn’t even talking about the very poorest in society, such as the homeless—it’s simply people living in poverty, which the US government defines as earning less than $22,000 a year for a family of four.

But wait, it gets worse. Poverty in the United States is not evenly spread. In fact, it tends to cluster around certain geographic areas. The result of is that, looked at on the county level, life expectancy gets even worse. Some poorer areas of the South have a male life expectancy of under 65. That’s lower than Nicaragua (70), Colombia (74), Guatemala (66), and on a par with North Korea. In case anyone needs reminding, Guatemala has a murder rate comparable to most war zones. This ain’t something to be proud of. 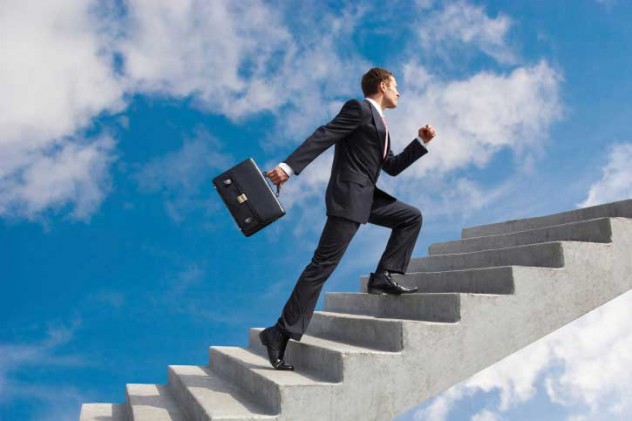 High social mobility is a good thing. It’s what enables us to have a middle class, to have aspirations. It’s what stops us all from being the faceless serfs of a bunch of upper-class parasites. It fosters innovation, hard work, and competition—and we seem dedicated to utterly destroying it.

Right now, if you’re born poor in the US or UK, you stay poor. Our two countries have the worst levels of social mobility in the western world, with Australians and Canadians enjoying almost twice our levels. In the UK, being born into the bottom fifth of society means there’s a 30 percent chance you’ll stay there. In the USA, that rises to 42 percent. That means poverty is statistically a life sentence. Want to know why the so-called underclass seem lacking in aspiration? It’s because our society has taken away literally anything to aspire to. 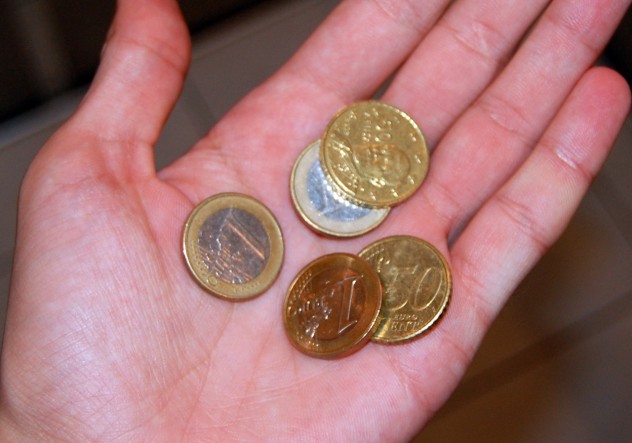 While we’re on the subject of an underclass, let’s talk about “welfare queens.” You’ve probably heard the term—it refers to people who live off government benefits without a care in the world. And while it’s certainly true that there are lazy people in all strata of society, the vast majority of people seeking handouts are either in work or too young to work at all.

Let’s take food stamps, a form of welfare claimed by nearly 50 million Americans. Want to guess what percentage of recipients are either too young or too old to work? Fifty-five percent—over half the food stamps budget goes to children or the elderly. Well, what about working households? They get 41 percent of the pie. In other words, nearly everyone receiving this form of assistance is already in work or spends all day stacking blocks in kindergarten. Over in the UK, a ridiculous 93 percent of housing benefit claimants hold down jobs to try to get by. In short, modern poverty means working to feed your family, with no chance of improving your lot, and having to beg the government for money when your kids go hungry. 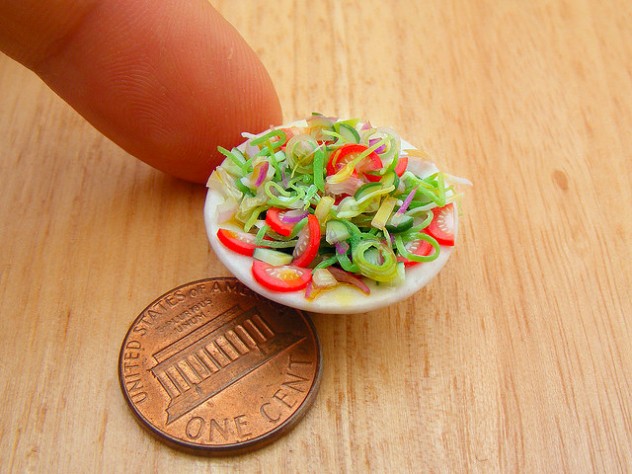 In terms of child poverty, where do you think the US would rank against, say, Canada, Europe, and Australia? Near the top, maybe? Somewhere around the middle?

Try the very bottom. Earlier this year, the United Nations ranked 35 developed nations by child poverty and the US came in at 34. Only Romania has a higher percentage of children living in poverty, and then not by much. The result of all this misery? Hunger—constant, gnawing hunger for 17 million American children. And hungry kids don’t tend to be healthy, happy kids. Right now, a phenomenon known as “nursery school drop-outs” is spreading across the country. These are poor, often underfed kids who are having to deal with “toxic stress” at an age when most of us still think we disappear when we close our eyes. This leads to things like mental health problems, obesity, depression, and a severe curtailment of life opportunities. Basically, these kids are born poor and hungry, lead short, stressful lives, then die poor and hungry. It’s a vicious cycle, and one we’re doing nothing to eliminate. 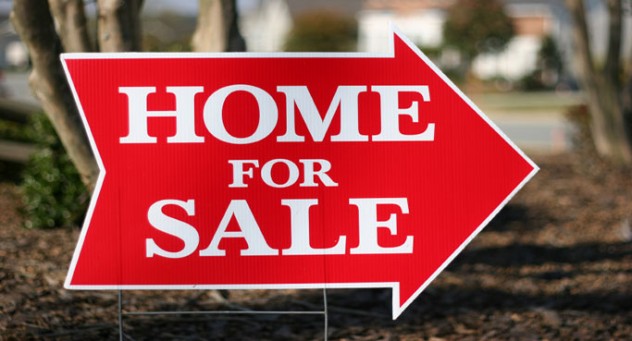 Thanks to the tendency poverty has to cluster in certain areas, whether you escape the cycle of low- or no-income work can depend on nothing more than where you live. Take Atlanta—the city has a higher than average unemployment rate and some of the lowest social mobility in the country. Or how about Yuma, Arizona, where the unemployment rate is higher than it was during the Great Depression? If you’re a low-income worker in either of these towns, you have a choice—stay put and stay in poverty or relocate and try to get a better job.

It sounds simple, until you remember that moving house is expensive. Say you’re in Atlanta—if you want to move somewhere with both lower unemployment and higher social mobility, you’ve pretty much written off most of the South. An interstate move costs silly money and there’s no guarantee of a job when you get there—and that’s if you can save up enough for the deposit on your new house or rental in the first place. Basically, you’re in a geographical poverty trap, unless you make the gamble of a lifetime, which could mean spending the next three years explaining to your kids why they’re both hungry and living in a car. Sadly, this scenario isn’t as crazy as you might think. 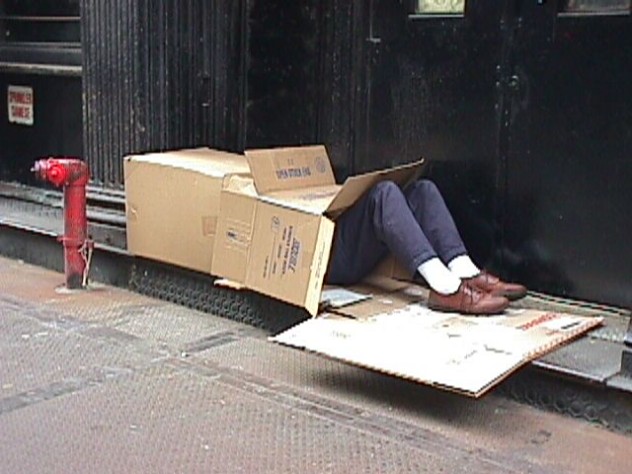 Here’s the problem with writing an article on something like poverty—most of us don’t care. Not because we’re heartless, but because we rarely have enough personal experience to build an accurate picture of what it’s like. So here’s a little fact that might bring it closer to home—middle-class homelessness is currently on the rise.

What’s doubly weird about this is that homelessness as a whole is actually falling. But the number of people who are “unsheltered”—without a home but living in a car or on sofas, for example—is going up. This is significant because the middle class tends not to experience the “real” alleyways-and-heroin kind of homelessness. They tend to lose their homes then pile into their car, or end up touring relatives’ houses across the country. But just because they’re not yet congregating beneath underpasses doesn’t mean the problem is any less acute. These are people who were earning $38,000 a year or more, who lived in the suburbs, sent their kids to school, probably had a degree under their belts, and were generally looking forward to a great life. And now they’re having to watch their dreams fade away and their children grow up in poverty. 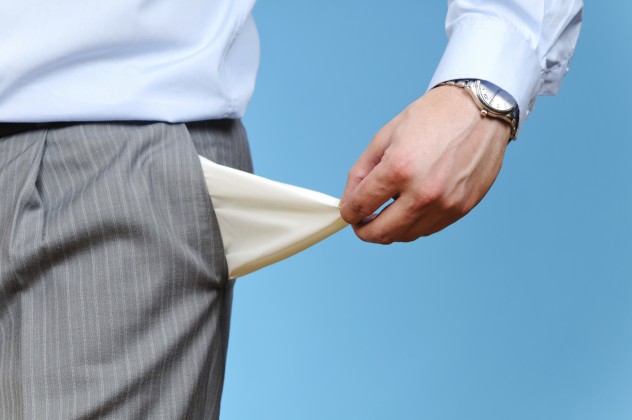 Right now, it feels as if the whole world is drowning in debt. Governments are being destroyed by borrowing costs, people are struggling to pay off their credit cards, and things are looking pretty bleak. Unless you’re at the bottom of the social scale, that is, in which case they’re looking utterly apocalyptic.

Take student loans—currently one-third are either late or in default, due to the recession and many graduates not being able to get a job. The effect is that hardworking parents are having that money—plus interest—automatically deducted from their paychecks, meaning more middle-class families are being pushed into poverty. But that’s just those who are reaching skid row for the first time. Those already at the bottom are frequently trapped into cycles of unending debt thanks to unscrupulous lenders who act like better-dressed loan sharks. Because of the way interest works on these loans, people often wind up having to take out other loans to cover their payments—and so on and so on until the day they die. 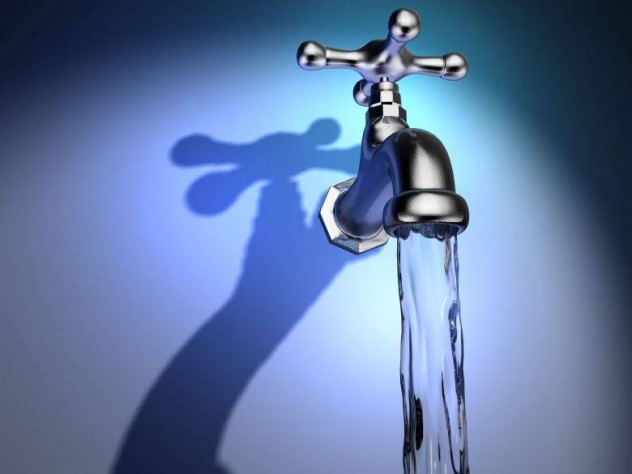 Human rights are meant to be universal. That’s why they’re called “human rights” not “rich guys’ rights” or “Donald Trump’s rights.” But all evidence shows that when your income drops below a certain level, these supposedly universal rights simply vanish.

You only have to look at debtors’ prisons—a Victorian throwback whereby we jail people who are too poor to pay off debts. They are illegal because they create a never-ending cycle of poverty for those incarcerated. And in April this year, Ohio was found guilty of locking poor people up in them without so much as a trial. But at least you can get clean water in prison, unlike in several major US cities. A 2011 UN report found that the extremely poor in places like Sacramento, Los Angeles, and Gainesville were being routinely denied access to clean drinking water—something that shouldn’t be possible in a modern, wealthy democracy. To be clear about this, refusing people clean water breaks so many international conventions that those responsible should by now have been carted off to the ICC. But that’s the thing about the very poor—there’s not a lot they can do about it. 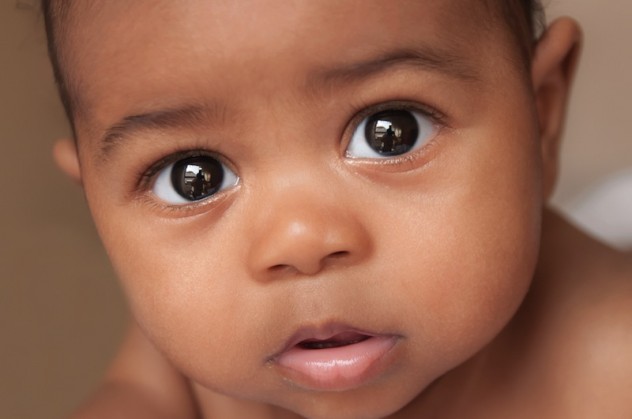 If you want a depressing truth about modern poverty, they don’t come much more depressing than this one. Kids born into poor families are simply more likely to die than their rich counterparts. Not slightly more likely—way more likely. According to a recent study, poor mothers with fewer than 12 years of education are 41 percent more likely to see their infants die than their wealthy, better-educated counterparts—41 percent. That’s an impossible difference—the sort of number so out of whack that you might assume it’s missing a decimal point. No such luck. Modern poverty is not only capable of destroying your soul, your job prospects, and your health, it can also take your kids from you. If there’s a single statistic out there more disgusting, depressing and shameful than that one, we don’t want to hear about it.