Video games have grown into one of the most popular and successful parts of the media, with its numerous consoles, forms of gaming, characters and their creators. But with every success comes an embarrassing event that can make gamers and the gaming industry bow their heads in shame. Whether they are rubbish games and consoles, to humiliating E3 conferences, to the infamous 1983 video game crash, the industry has seen some embarrassing moments in its lifetime – here are ten of them. 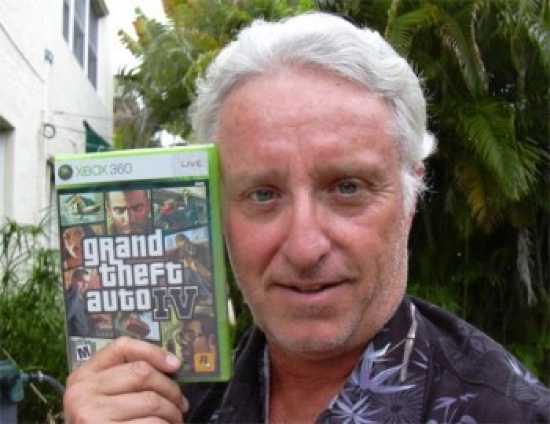 One of the biggest enemies of gamers was Jack Thompson, a former American attorney who seemed to have a personal hatred against video games. While he seemed to be concerned for children who played games, he also seemed very paranoid, believing children copy everything they see in games. Every time there was a crime involving firearms or weapons, or a murder, Thompson would immediately jump on the bandwagon and accuse video games of being responsible, with little evidence to back up his claims other than apparent “statistics.” He has taken on such games as Grand Theft Auto, Mortal Kombat and, apparently, he even accused Mario, The Legend of Zelda and Metroid of driving kids to commit crime. He was eventually, and thankfully, barred from practicing law and the video game community rejoiced.

9
Dangers of the Wii Remote 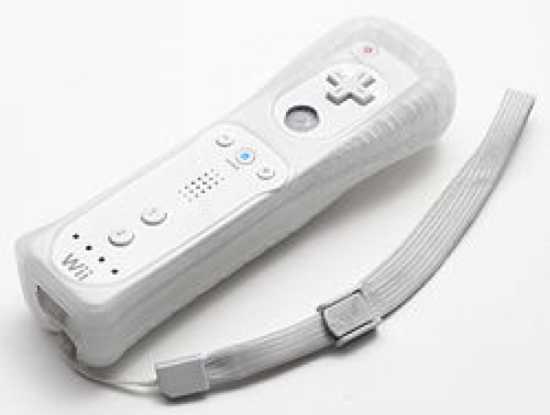 The Wii was considered one of Nintendo’s oddest but unique ideas, introducing the motion sensor controller, or at least a new version, to the gaming industry. However, within the first few months of the Wii’s days on the shelf, some people got a little carried away, swinging the Wii Remote and this led to some people smashing their windows, TVs, consoles and the remotes themselves. Other complaints came about the Wii Remote such as strained wrists and difficulties using the controller, but it was the damage the remote could cause that was the major complaint. However, while Nintendo fixed the remote by introducing the Wii Jacket, it was somewhat the fault of the remotes’ users for not using it safely with the remote’s safety strap. 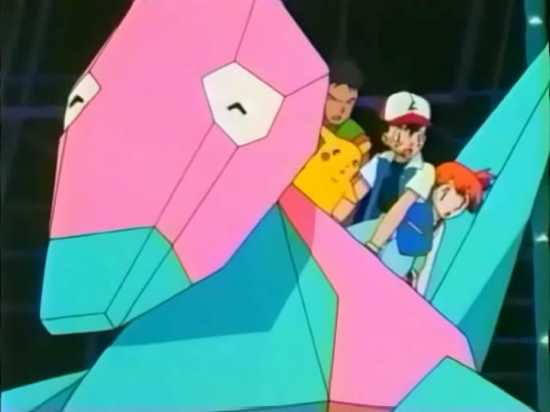 Pokémon took the world by storm in the 1990s, with its games, manga comics, toys, trading cards and the anime. However, just as the anime was rocketing up into the sky, it came crashing down when the episode known as “Electric Soldier Porygon” aired in Japan, and gave over six-hundred children seizures with its flashing strobe lights. The impact was so shocking (no pun intended) that TV Tokyo pulled Pokémon from the schedule for four months, until 1998. As expected, America threw a fit, since they were also airing the anime and ultimately decided to not air the episode. This became a universal agreement across the world, and the episode has never aired on TV since. 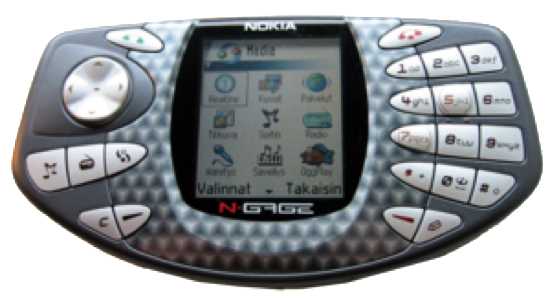 Nokia is known for being huge in the mobile phone industry, and not so much in the gaming industry. Trying to sell their own gaming system at the 2003 E3 event, the N-Gage, the presenters were like fish out of water and the conference was awkward. Plus, the N-Gage proved not to be a very interesting or usable device, since its buttons were built for a phone. And then the presenters brought out the device’s price – on a girl’s stomach – $299. As you can imagine, the N-Gage did poorly in sales and Nokia gave up on it in 2010. 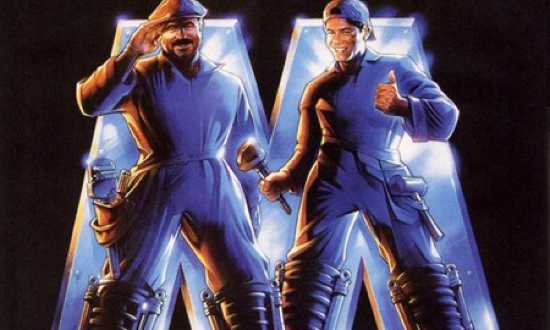 When it was announced that the Super Mario Bros. were to get a movie adaptation, gamers anticipated a wonderful tribute to the video games they had grown to love, not to mention that it was the first ever video game movie, but it was a mess. The colorful world of the Mushroom Kingdom had become a bizarre alternate world like some sort of post-apocalyptic Manhattan where dinosaurs evolved from humans, Bowser was the late Dennis Hopper, Goombas were odd dinosaur hitmen, and the Mario Bros. themselves were played by Bob Hoskins and John Leguizamo.

Fans were undeniably disappointed, if not enraged, and this film, sadly paved the way for many more video game movies to fail at the box office. The actors condemned the film, blaming the husband-and-wife directing duo for making rubbish decisions, and extending the filming schedule into endless months of pain and misery. Even Mario and Luigi’s creator Shigeru Miyamoto, objected to the film, in his own nice way. 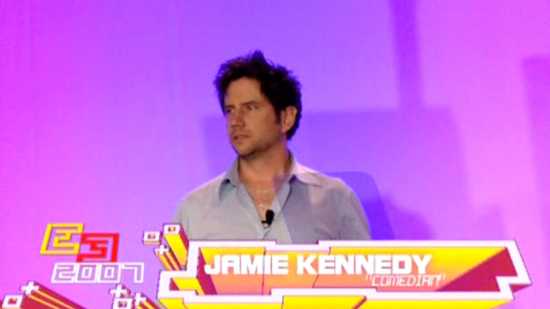 Activision made perhaps one of the biggest mistakes of their history by inviting Jamie Kennedy to host their 2007 E3 press conference. However, they didn’t count on Jamie coming to the conference stoned off his butt. Seemingly having no idea what he was doing or talking about, Jamie slurred through most of the conference, insulting the audience and telling some really rubbish jokes – he thought the audience were too slow to follow his “humor.” The guests and the audience themselves were funnier then him. Companies attending E3 have made some bad decisions on who their hosts will be, but this has got to be the worst. 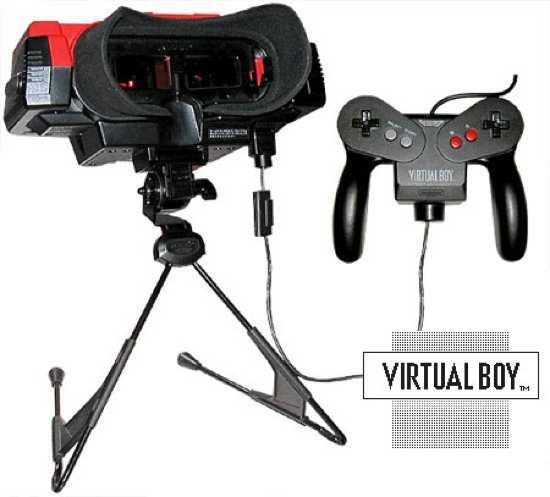 Gunpei Yokoi’s career in the gaming industry, sadly, went out on a low note. The creator of Metroid, the Game & Watch series, and the Game Boy, Gunpei introduced the Virtual Boy to gamers. The console turned out to be Nintendo’s single flop in their history of consoles, the virtual reality console giving users headaches in more ways than one. It was quickly discontinued, Gunpei left Nintendo and then, sadly, died in a car accident in 1997. 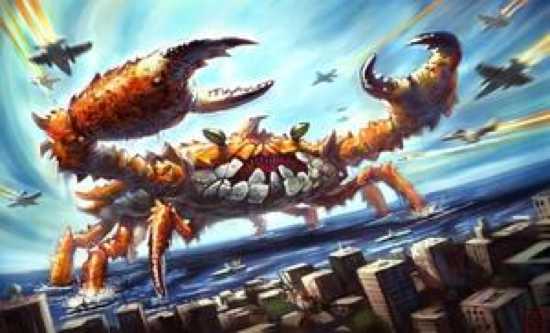 Sony’s 2006 E3 conference was the most embarrassing conference in the convention’s history. While the Playstation 3 and Sony had success over the next few years, the incompetence of the presenters led to some hilarious internet memes – including the rather failed shout of “Ridge Racer!” to get the gamers present rallied up. But the conference is most known for the promo of Genji 2, which the makers said were based on historical, actual fights in Japanese history – and then a “giant enemy crab” bounded into it, completely opposing what was just said. How many giant crabs ran around Japan in the old days?

Early in 2011, the Playstation Network unexpectedly got shutdown for several weeks after an “external intrusion” – a.k.a. hackers stole 7.7 million accounts worth of personal details. Everyone from fans, to businessmen, to the media, to even governments ripped Sony left and right for them to fix their problems and criticized their failure to provide better security to the Network’s users. Nevertheless, Sony eventually fixed the Network, re-opened it in May, and made numerous apologies, including a rather respectful one at their 2011 E3 conference. Let’s just hope it doesn’t happen again. 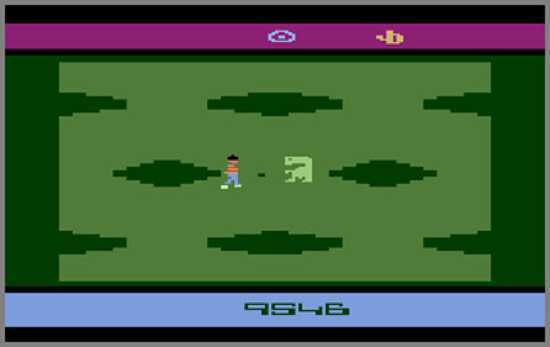 The darkest year of video games was 1983, and yet it appeared to start out so good – arcades were popping up across America, Atari was king of the world, and Pac-Man was ruling the roost long before Mario and Sonic entered the fray. But then Atari got too big for its boots – game designers were denied authorial credits for their creations, many programmers abandoned the company, the company made cheap games and consoles – and then they made the six-week created game E.T. Considered the worst game ever, E.T. miserably failed and tons of cartridges of the game were buried in a landfill in New Mexico. Atari was on the rocks and it never fully recovered.

Computer gaming picked up whilst the rest of the gaming industry collapsed. The media wasn’t exactly sympathetic, the snobbish people of yesteryear proclaiming gaming was a fad and would quickly die out. The Video Game Crash of 1983 was well and truly on – and then Nintendo kicked the door in and introduced the NES. At first the NES didn’t do well with the ROB device and the Zapper, but it got on shelves and allowed Nintendo to bring video games back from the grave with a little game called Donkey Kong, and the rest is history.