Our human ancestors didn’t have the luxury of modern medicine that we enjoy today. They had to deal with the raw pain of surgical procedures using nothing more than natural remedies and “cures” from old wives’ tales.

No licensed practitioners administered anesthesia to make these patients completely numb or render them unconscious. Thus, plants and various concoctions had to suffice to aid the sick and possibly dying through the surgeries which were meant to save their lives.

Although we have these medical tools at our disposal today, it took a lot of trial and error to get there. Here are 10 important moments in the history of anesthesia. 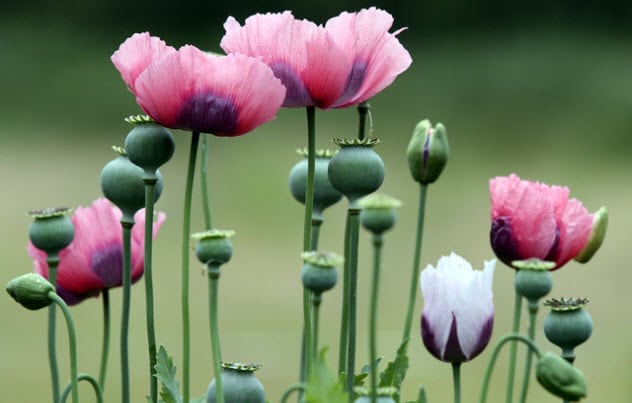 The tale of anesthesia and its rudimentary versions begins around 4000 BC when medical practices were also in their infancy. It makes absolute sense that the ancients, whose civilizations were appearing in and around what is now the Middle East, would turn to the opium poppy for its painkilling properties.

Artifacts have shown that the opium poppy was used at least as far back as 4000 BC for dental surgery in an attempt to sedate the patient and reduce the agony of an extremely painful procedure. Thus, if you were fortunate enough to live in an area where these plants were abundant, you could get a good, strong dose of this painkiller before they began drilling your teeth with a bow drill.[1] 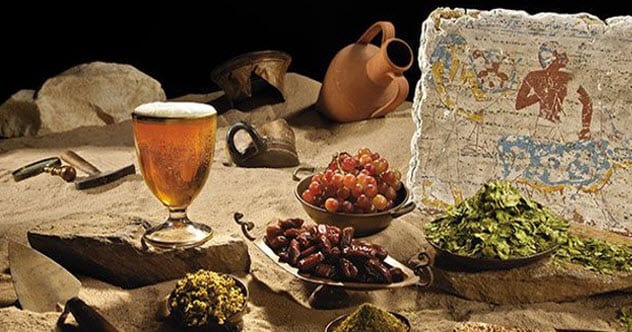 Opium wasn’t the only substance available to relieve the pain of invasive surgeries. There was also beer.

Believed to be up to 12,000 years old, beer may have been invented before bread. So it is very likely that beer served as the first way to treat discomfort in general and obviously the pain of surgery.

In and around Sumeria, an ancient powerhouse of the beer-making world, plenty of people had access to enough of this beverage to get sufficiently drunk before surgery. Concoctions were often made with various plants and flowers. The analgesic properties helped to numb the pain and let people sit still long enough to successfully complete their surgeries.[2] 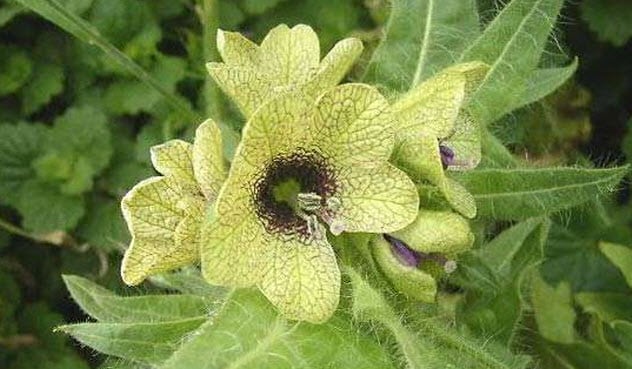 Although henbane is a highly toxic plant with a light yellow flower, it has been used traditionally as a folk remedy to alleviate pain—from Babylon to ancient Greece, Egypt, and Rome.

When smoked or applied directly to a wound, the plant isn’t poisonous. However, when eaten, it can lead to severe sickness and even death. The infamous belladonna was also used in and around the Mediterranean for the same purpose. This shows the desperation of the ancients for pain relief when they had no beer, wine, opium, or other intoxicating substances available.[3] 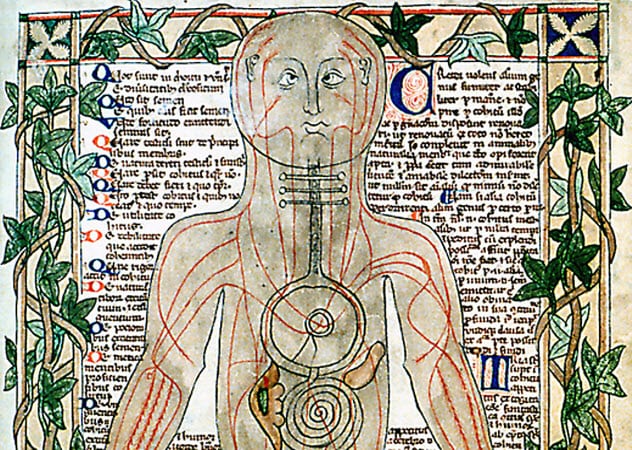 On Christmas Eve 1298, an Italian physician reached back for an old remedy to assist with his pain from surgery. His name was Theodoric of Lucca, and he had published many medical works, even about veterinary science, before finalizing his magnum opus, Surgery, in 1266.

While his father, Hugh, had used opium to treat pain as well, Theodoric would soak sponges in opium and hold them under the nose of the patient as a means to administer the drug to the brain. That way, the patient could more fully feel the effects.

Theodoric’s authorship was a turning point in the history of anesthesia that would begin to shape how the medical field dealt with patients’ pain. Although other surgeons had used opium dating back to at least 4000 BC, Theodoric canonized it in the medical literature.[4] 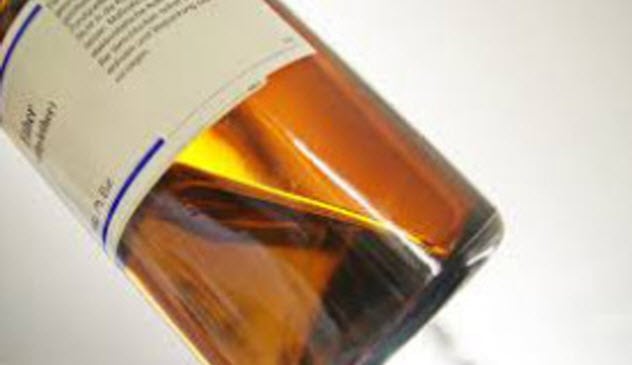 In 1540, German botanist Valerius Cordus would synthesize ether, a clear liquid that emits a strong vapor. Ether is a highly flammable gas, which proved to be a serious problem for doctors trying to focus intently and carry out operations by candlelight.

One wrong gust of wind, and the whole operating theater could go up in flames. Ether was a dangerous substance, but it was preferable to nothing in the eyes of many.

Although Cordus was credited with the synthesis of ether, Paracelsus, a rebellious German-Swiss physician who rejected contemporary medicine and the traditional teachings of medical school, would study it further.[5] He noted that it rendered chickens unconscious.

While testing ether on animals, Paracelsus also discovered that it had the analgesic properties that physicians and scientists of the day were trying to find. And just like that, both rudimentary medical chemistry and the hunt for the best anesthetic were born. 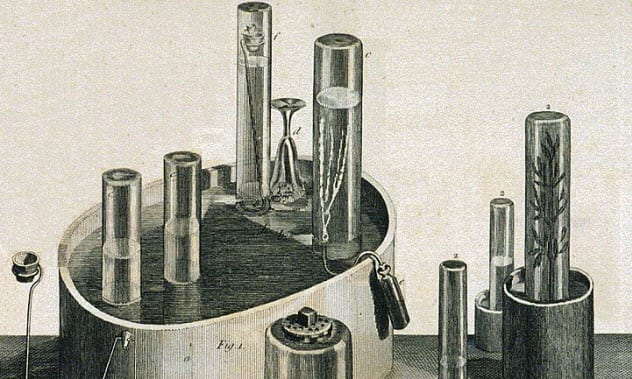 Next time you find yourself in the dentist’s chair having a laugh after the good doctor administers nitrous oxide, feel free to thank a man born in England in 1733. Political theorist and scientist Joseph Priestly first identified the substance in 1772.

His work, Experiments and Observations on Different Kinds of Air, was written in a massive six-volume series as Priestly worked tirelessly at his studies. In all, he is said to have discovered 10 new gases. However, there is some controversy over whether he was the first to identify oxygen.

In 1800, Humphry Davy conducted experiments by inhaling nitrous oxide himself and noting the way it made him laugh hysterically. He further explored its use for painless surgery on animals, though his work didn’t have much of an impact on the medical community of the day.

About 20 years later, Samuel Cooley of America hurt himself while under the influence of the substance and noticed that he wasn’t in much pain, if any. And thus, nitrous oxide became a staple anesthetic for centuries to come.[6] 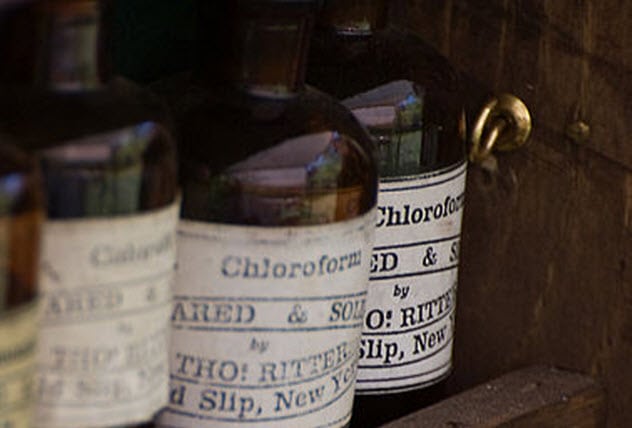 In 1831, an invention rocked the world of anesthesia. Chloroform was independently produced by Samuel Guthrie in the United States and Eugene Soubeiran in France. This chemical compound had a powerful narcotic effect which was capable of knocking people completely unconscious.

On November 4, 1847, James Young Simpson was the first to put himself into a complete stupor, perhaps even rendering himself unconscious with it. Thus, chloroform as a means to help with major medical practices was born.

At the time, chloroform killed about 1 in every 3,000 patients, making it medically unsafe. Of course, this didn’t stop anyone. It became a chic medical anesthetic in the Victorian era, with Queen Victoria even going so far as to be chloroformed during childbirth. From there, its use spread widely in the UK and America.[7] 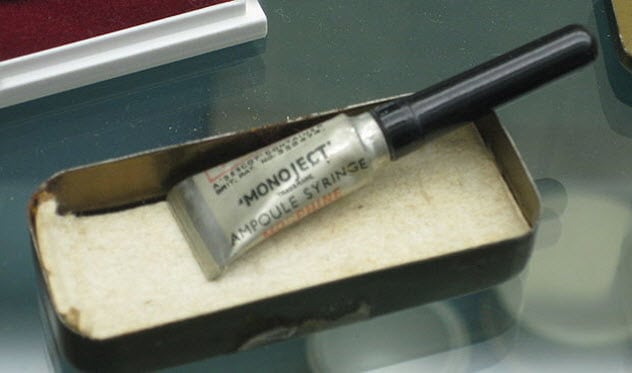 Morphine was first isolated in 1804 from opium and took considerable time to get off the ground. This was largely because the first tests of morphine on animals were almost invariably lethal. Later, Friedrich Wilhelm Serturner, the man who discovered morphine, used the substance on himself in smaller doses and found the results quite pleasant.

After the invention of the hypodermic needle, morphine became a viable option in the treatment of pain and was produced commercially. It wasn’t long before the addictive properties of morphine were revealed, especially in former soldiers.

Morphine addiction was nicknamed “the soldier’s disease,” and some restrictions were applied over the course of the late 1800s and early 1900s. But morphine was never wholly banned and is still used in medical practices today.[8] 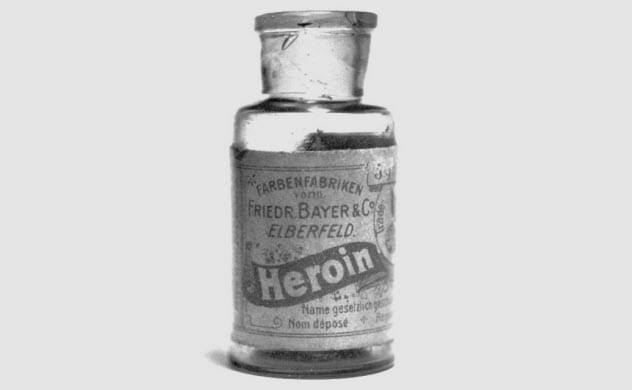 It wasn’t until 1895 that the Bayer company of Germany finally released heroin to the market as a painkiller, though it was first synthesized from morphine in 1874. However, almost nothing was done with heroin for about 20 years until it was resynthesized by a man in Germany named Felix Hoffman.

In approximately 25 years, the problems associated with heroin were realized. In the US alone, an estimated 200,000 people were already addicted to the drug. The United States banned it, long before many other drugs like cocaine and LSD became illegal.

At that point, heroin use went largely underground and had its ebbs and flows in popularity. But it is still used illicitly to numb pain of all sorts, both physical and emotional.[9] 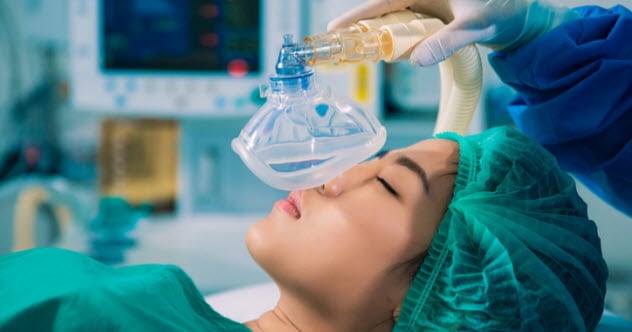 Since the introduction of heroin, many more opioid drugs have been released on the market, creating what some would call an epidemic. We now have anesthetics that don’t stem from opium as a base, such as ketamine and many others.

Anesthesiology is a complex science and field of study, with the continuing development of new drugs and careful consideration as to how best to alleviate pain. Although there are other options currently and the promise of better drugs in the future, products derived from the opium poppy have long remained the staple when it comes to pain relief and anesthesia for surgical procedures.

The practice of anesthesia and thus surgery has become significantly safer over the centuries. Technological advancements have been made, and procedures are quite different. Still, we find ourselves largely doing what our ancestors did thousands of years ago to relieve surgical pain.

Read about horrible cases of surgery and medical malpractice on 10 People Who Woke Up During Surgery and 10 Horrible Cases Of Medical Malpractice.