War is fought over many things. It can be about honor, glory, liberating a land that you believe is rightfully yours – the list goes on, but alongside those there have been a number of decidedly unusual wars, fought for trivial, or even contemptible, reasons. So, without further delay, I bring to you history’s top ten most bizarre wars. These are listed in no particular order. 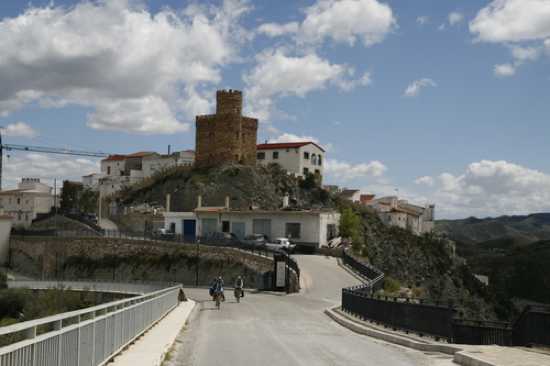 In 1883, the citizens of Lijar, a small village in southern Spain were infuriated when they heard reports that, while visiting Paris, the Spanish king, Alfonso XII had been insulted and even attacked in the streets by Parisian mobs. In response, the mayor of Lijar, Don Miguel Garcia Saez, and all 300 citizens of Lijar declared war on France on October 14, 1883. Not a single shot was fired, and not a single casualty sustained on either side during the confrontation, but despite the anticlimactic war, Mayor Saez was declared “The Terror Of The Sierras,” for his exploit.
A full ninety-three years later, in 1976, King Juan-Carlos of Spain made a trip to Paris, during which he was treated with great respect by the citizens of the French capital. In 1981, the town council of Lijar ruled that “in view of the excellent attitude of the French,” they would end hostilities and agree to a ceasefire with France.

9
The War Of The Oaken Bucket 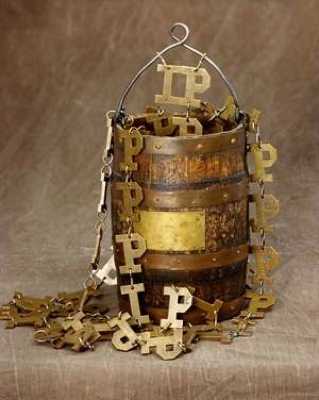 This war began in 1325, when a rivalry between the independent city states of Modena and Bologna spiraled out of control over the most unlikely of things: a wooden bucket. The trouble started when a band of Modena soldiers raided Bologna and stole a large wooden bucket. The raid was successful, but Bologna, wishing to secure both its bucket and its pride, declared war on Modena. The war raged on for twelve whole years but Bologna never did manage to get its bucket back. To this day the bucket is still stored in Modena’s bell tower. 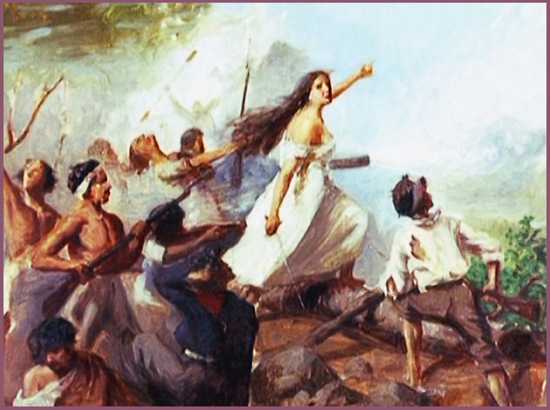 The President of Paraguay, Francisco Solano Lopez, was a huge admirer of Napoleon Bonaparte. He fancied himself a skilled tactician and excellent commander, but lacked one thing, a war. So to solve this problem, in 1864 he declared war on Paraguay’s three surrounding neighbors, Argentina, Brazil and Uruguay. The outcome of the war? Paraguay was very nearly annihilated. It is estimated that 90% of its male population died during the war, of disease, starvation and battles with enemy armies. This was perhaps one of the most needless wars in history since Lopez had almost no reason to declare war on his more powerful neighbors.

7
The War Of The Stray Dog 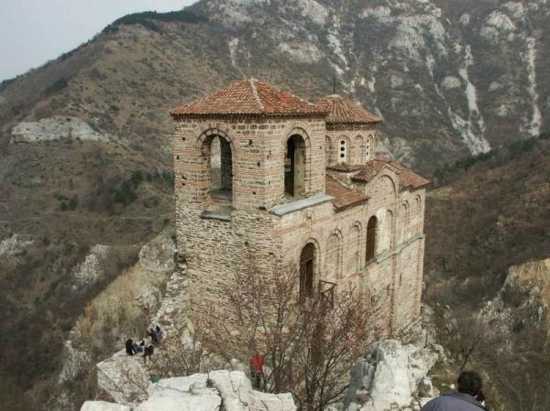 In 1925, Greece and Bulgaria were not friends. They had fought each other during the First World War and those wounds had not yet healed. Tensions were perpetually high along the border, especially along an area called Petrich. Those tensions reached a boiling point on October 22, 1925, when a Greek soldier chased his dog across the Bulgarian border and was shot dead by a Bulgarian sentry. Greece vowed retaliation and, true to its word, it invaded Petrich the very next day. They quickly cleared Bulgarian forces from the area but were halted by the League of Nations, who sanctioned Greece and ordered them to leave Petrich and pay Bulgaria for damages. Greece withdrew its forces ten days later and paid Bulgaria 45,000 pounds. 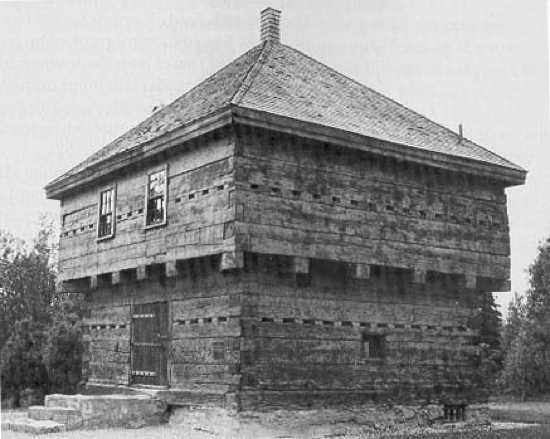 The Aroostook War was a military confrontation between the United States and Great Britain over the border of Maine. After the War of 1812, British forces had occupied most of eastern Maine and, despite having no troops in the area, still regarded it as British territory. In the winter of 1838, American woodcutters cut firewood in the disputed area and, as a result, incited the ire of Great Britain, who moved troops into the area. American troops moved over as well, and it looked like a war was imminent. However logistics on each side got snarled and the Americans received enormous amounts of pork and beans due to a mistake in the supplies department. This led to the war’s most popular nickname, “The War Of Pork And Beans.” For nearly a year, British and American troops waited each other out before their respective governments finally reached an agreement. Britain agreed to give America back eastern Maine and, in return, American troops backed down. The Aroostook War was devoid of military combat but there were still hundreds of deaths from disease and accidental injuries.

Another British/American war, The Pig War was started when a British infantryman shot a pig that was wandering on American soil. The local American militia responded by gathering at the border and waiting for the British to make a move. Eventually the British apologized and the brief war ended, leaving the pig as the only casualty. 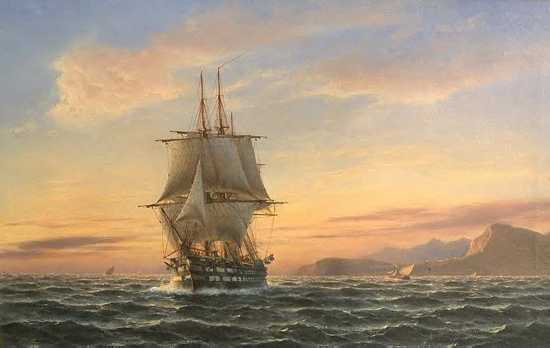 This war was fought between the Netherlands and the Isle of Scilly, which is located off the southwest coast of Great Britain. The war started in 1651, but like many wars of that era it was not taken seriously and soon forgotten about. Three centuries passed before the two countries finally agreed to a peace treaty in 1986, making their war the longest in human history. 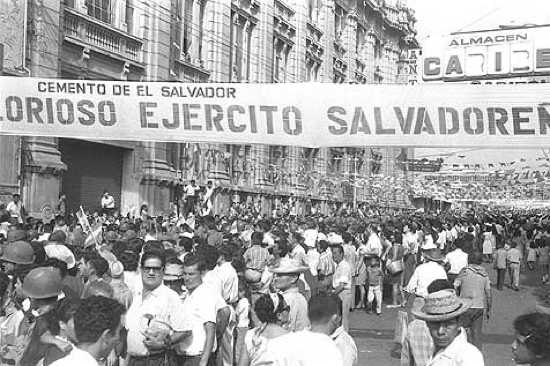 Some wars begin with a surprise attack, others a massacre, but this one began with a football game between El Salvador and Honduras, in 1969. El Salvador lost the game and tensions rose and rose until, on June 14, the El Salvadoran Army launched an attack on Honduras. Surprised by the sudden violence the Organization of American States organized a cease-fire that was put into effect on June 20, just one hundred hours after the first shots were fired. 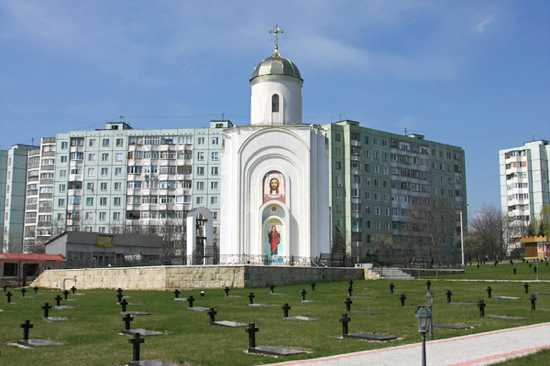 This war began shortly after the collapse of the Soviet Union, when the former Soviet bloc country of Moldova experienced a crisis. Two-thirds of the country wanted closer ties with Romania, but the remaining third wanted to remain close with Russia. As a result, war erupted. But what makes this war truly strange is the fact that the men fighting each other during the day often gathered in no man’s land at night to mingle and drink. Soldiers even made pacts not to shoot each other if they saw each other during battle the next day. And this wasn’t a one time thing, it happened nearly every night for the duration of the war. One soldier wrote in his journal: “The war is like a grotesque party, during the day we kill our enemy, during the night we drink with them. What a bizarre thing war is.” 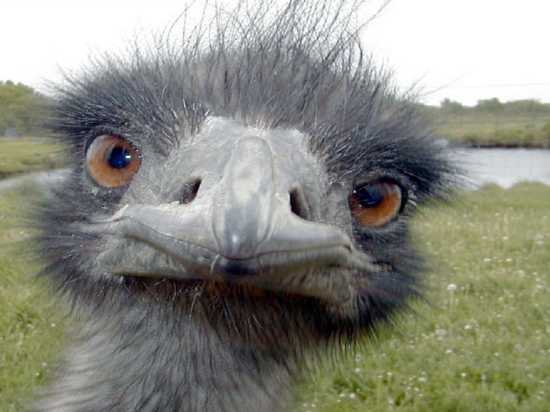 This is perhaps the only formal war where one of the belligerents was not human, but rather avian. In 1932, the emu population in Australia was growing out of control, with an estimated 20,000 emus running around the Australian desert and causing havoc among crops. In response, the Australian military sent out a task force of soldiers armed with machine guns to kill the emus and even jokingly declared war on them. In mid-November they drove out into the desert and proceeded to hunt down any emus they could find. However, they ran into complications; the emus proved remarkably resilient, even when struck by multiple machine gun bullets they continued to run away, easily outstripping the heavily laden soldiers. The Emu War lasted for nearly a week before Major Meredith, the commander of the emu-killing task-force gave up in disgust after the soldiers only bagged a fraction of the elusive birds.