With the recent death of dictator Kim Jong-Il, all eyes are on North Korea (or, as it is ironically named, the Democratic People’s Republic of Korea). Consequently, it seemed appropriate to post a list about its thriving neighbor, South Korea. South Korea is Nestled between China: the world’s most massively populated country, Japan: the cultural Mecca of East Asia, and North Korea: the most bizarre warmongering country on the Earth. It is no surprise then, that South Korea often fades into the mix. South Korea is a fantastic country that deserves more attention than it gets. That being said, there are numerous misconceptions about this country that I call home. I, for one, had many and thought you might benefit from my cataclysmic culture shock. Enjoy! 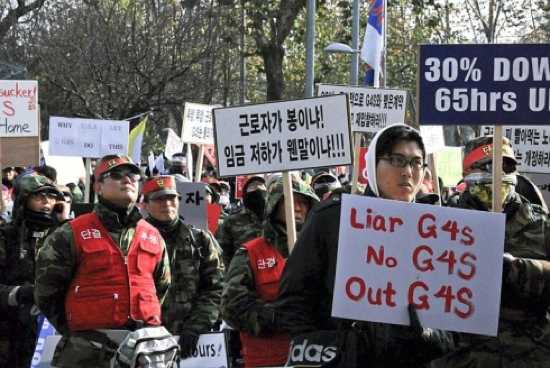 When you ask the average American what they know about South Korea they will mention the Korean War. The assumption that we were ‘the great saviors who came to their aid and that they are eternally grateful to us’ isn’t quite true. Many South Koreans believe that the Korean War was just a battle between the USA and the USSR, in which they were the pawns. After the war, American soldiers stationed in Korea have caused many problems, drawing enormous social backlash. There are countless examples of this, but two notable events are the 2002 armored vehicle accident where a US tank ran over and killed two middle school girls, and the 2011 incident where Pfc. Kevin Flippin broke into the home of, and repeatedly raped, an 18 year-old South Korean girl.

Talking to older Koreans you’ll hear tales about the years following the Korean War. They say all the trees were gone from the mountains. There was no food. Children died from exposure. That is not the case now. Korea has the 15th highest GDP in the world, and it shows. It is extremely well-developed, with shining neon lights everywhere you go. The air is mostly clean and the mountainous terrain is gorgeous. China is nearby but, believe me, this is not China. The song in the clip above is Arirang – a national song in Korea that stirs emotion in all Korean people (South and North Koreans). 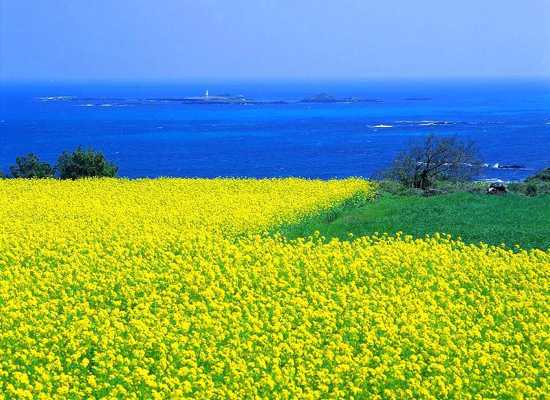 One image that comes to mind when many think of South Korea is a river of black haired Asians moving down the sidewalk, or flowing in and out of the train. It can be a strange experience when you first find yourself in a subway car packed full of Asians, but it is not the norm. The truth is that the Korean population is very condensed in the Seoul region, but that is only a small part of the country. Places like Jeju Island and Gangwon Province feature amazing landscapes and are not heavily populated.

7
Fear of the North 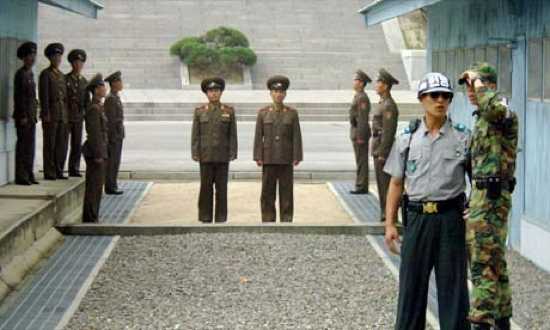 My parents ask me to come home constantly. They tell me about some news report from North Korea stating a plan to “reduce Seoul to dust.” Despite what you might think, South Koreans do not run in panic, looting stores and building boats when they hear such threats. Think about it like this, if a big tough bully has been saying he’s going to beat you up for the last 50 years, but has done very little actual violence, how afraid would you still be? This is especially amazing considering that the North and the South are technically still in a state of war, as no peace treaty has been signed – merely an armistice, which is an agreement to stop fighting temporarily. 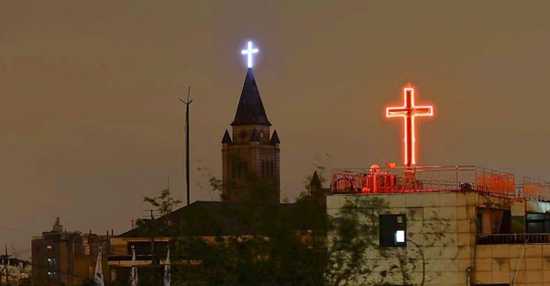 You might be surprised to learn, as I was, that South Korea is roughly 22% Buddhist, 29% Christian, 46% Atheist and the remaining 3% spread across a variety of other religions. As you walk through the streets of Seoul, it’s hard to miss the red neon crosses that top almost every church. In fact, Yoido Full Gospel Church is the largest church in the world with about one million members. Though Buddhism was very influential throughout Korean history, it has become increasingly unpopular and struggles for survival in the midst of Korea’s ever-growing Christian climate. 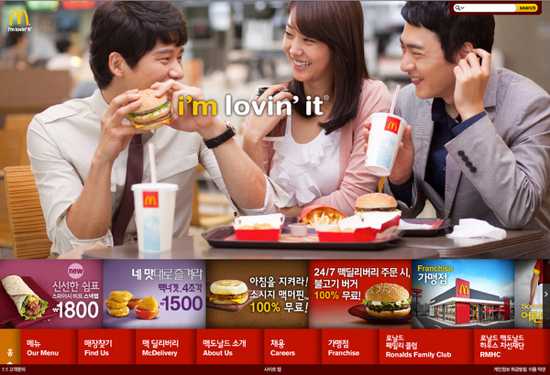 I remember telling my friends that, minus sumo wrestlers, I had never seen a fat Asian. I thought South Koreans were all thin, rice-eating, kimchi-consuming health freaks. That is not the case! Since the financial boom in the Seventies, South Korea has welcomed numerous fast-food chains and pizza franchises. And as you might have guessed, the introduction of those western gems has had quite an effect on many people’s waistlines. Nevertheless, Koreans (and Japanese) are the thinnest people in the world per capita. 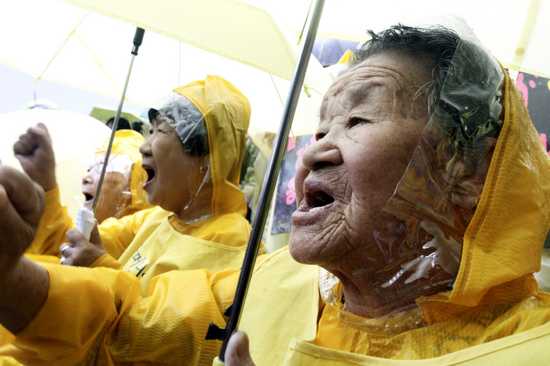 If you’ve got some image of Korean women cooking meals and quietly cleaning homes while men work nine to five, you’re partially wrong. It’s true that South Korea is a very patriarchal society, but Korean women are not as powerless as you might think. The ajumma (Korean married woman) is renowned for being strong and determined. If there is an empty seat on a subway train, an ajumma will overcome all odds to get it. The husband might bring home the money, but he is not necessarily the boss at home. That title is almost always held by the wife who controls finances and all household decisions. 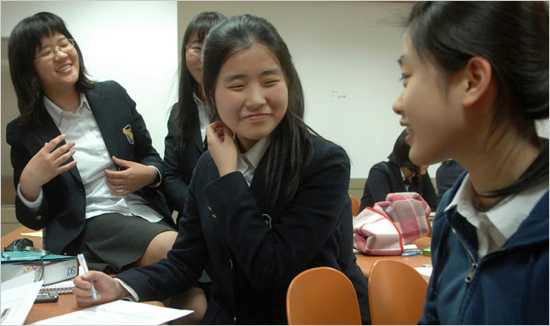 Well, South Korea places 7th on the United Nations Education index for good reason. Koreans are serious about education. Even Obama touted the 13 hours a day South Korean children spend in the classroom. But what he did not say is that public education is very similar to that of the USA. Students who spend an abundant amount of time in a classroom have parents willing and able to handle the costs of after-school programs and private academies. Thus, wealthy parents in Seoul and the surrounding areas tend to have quite studious children. But even that is not a guarantee. Korean students often rebel against the laborious education system and take jobs after middle school. The ‘studious’ stereotype has no doubt emerged from Korean exchange students that pour into the West. These students are from very wealthy families. The average income in South Korea is $2300 a month. Many parents of multiple children cannot afford the additional costs of private education.

2
Dominated by China or Japan 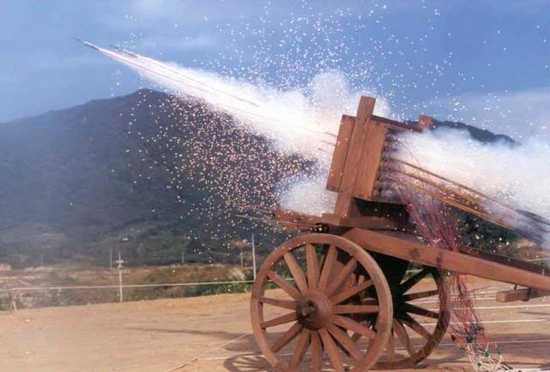 There’s no doubt that Korea is positioned in a tough spot between the military powerhouses of Japan and China. Throughout history, Korea has done battle with both and, despite what you might think, they sometimes won. Actually they maintained their independence for over five hundred years in a period called the Joseon Dynasty. They invented an iron-clad war ship that was very effective in their naval battles, as well as the Hwacha, which launched 100-200 flaming arrows at their enemies. The great and powerful dynasty was only brought down by Japan, after they acquired modern western weaponry. To this day, Koreans preserve their own unique cultural heritage of which they can be proud. 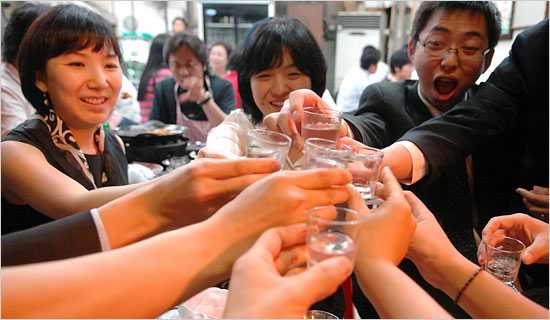 When people say this they are referring to a fiery temperament, alcoholism and having a big powerful neighbor that has ransacked their country countless times. Of course, Korea and Japan have had a long history similar to that of Ireland and England, but they are by no means the same. As stated earlier, Korea enjoyed long years of prosperity and security during the Joseon Dynasty. It is true that South Koreans have a fine appreciation of alcohol. They also have a “fiery temperament” compared to the Japanese. Japan and England have both defined their neighbors as wild and reckless, though it is likely that these generalizations are less matter of fact and more cultural intolerance.

[JFrater: If you want to read more about daily life in South Korea, check out Eat Your Kimchi. I know Simon and Martina personally and can vouch for the fact that you will get many many hours of pleasure out of their video blog.]