Granted not everyone is a fan of classical music, but we try hard to have lists to suit all tastes! This list looks at classical music from a slightly different angle – playoffs! If you can think of any other piano duels (which this lister could not!) please mention them in the comments. 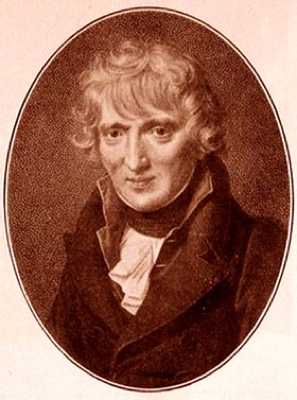 It wouldn’t have made it onto this list were it not for the comment Gelinek made, when asked if he thought he could beat Beethoven in a piano duel. “I’ll make mincemeat of him!”

Well, it was the other way around. Gelinek turned out not to be all that formidable an opponent, although his nerves may have gotten the best of him. After the first round, in which both played their own best, and most difficult works, Gelinek looked a little paler to the audience, probably because Beethoven chose his Sonata 19 in G minor, Op. 49.

Once the improvisations began, Gelinek couldn’t seem to get his head in the game, and Beethoven walked all over him. Gelinek simply left the room when Beethoven began the third round. 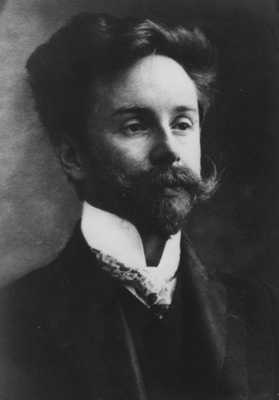 This one never actually took place. But it would have, had Scriabin not strained several of the tendons of his right hand while preparing for the duel. He was practicing Liszt’s Reminiscences de Don Juan, after Mozart’s Don Giovanni, and also Islamey, by Mili Balakirev. Either of these works has a fair claim to the title of most difficult piano piece ever composed.

Lhevinne, however, went down in history as one of the finest pianists ever, having made several recordings of piano rolls, which have left other great pianists, Josef Hofmann and Vladimir Horowitz among them, in awe. You can find some of these on YouTube.

It’s for the best that Scriabin hurt himself, because he wrote his F minor Sonata as a sort of elegy for his right hand. His right hand did however make a full recovery, but he never challenged Lhevinne again. 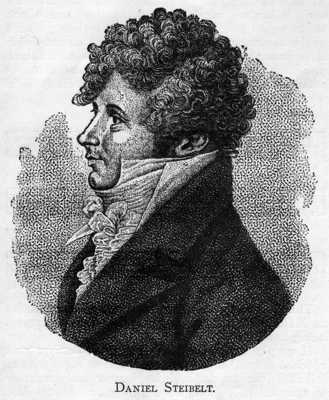 Is Beethoven less than 31 years old? Then he can still hear himself play. Don’t challenge him. If only Steibelt’s foresight had been as clear as our hindsight. He is referred to as “a most unvirtuous virtuoso,” well-known during his day for spreading false rumors, cheating, stealing money from concert receipts, sleeping with married women, and, among other things, telling everyone he met, even announcing before and after his concert recitals, that Beethoven was a hack performer and scared of him.

Beethoven, for his part, really didn’t care what Steibelt had to say, until Steibelt finally worked up the nerve to challenge him to a duel. This happened in May 1800, when Steibelt traveled to Vienna for the sole purpose of beating Beethoven at his own game. The question most often asked in history class is, “What the hell was he thinking?!”

They met at the house of the Count von Fries, who was a patron and fan of the arts, especially music, and liked Beethoven’s irascible nature. He therefore favored him over Steibelt, but rooted for both fairly as did the rest of the audience, about 100 people, mostly the Count’s entourage.

The duel took place according to traditional conventions: the first round was whatever piece the performer wanted to play, by anyone, and thus the performers chose the most technically difficult piece they knew. Beethoven played a sonata by Mozart. Steibelt played one by Haydn.

The second round was a two-piano contest of alternating improvisations on themes each performer would give the other, making the themes up on the spot. Beethoven soundly won this round.

The third and final round was the most important for testing the true genius of a performer. Each performer would sight-read a new piece written by the other performer. Steibelt went first, playing Beethoven’s brand new Piano Sonata in B Flat Major, Op. 22. He did well enough, garnering a good amount of applause after his improvisations. The Count claims to have seen Beethoven roll his eyes at the applause.

Then Steinbelt tried to trip Beethoven up by giving him a new cello sonata, for cello and piano. This is a breach of the rules, technically, but Beethoven wasn’t about to win on a technicality. He took the score, turned it upside-down on the music rack, and sight-read it backward, then improvised on one of its themes for about 30 minutes.

Steibelt was thoroughly destroyed, and didn’t wait for Beethoven to finish. He walked out and never met with Beethoven again. 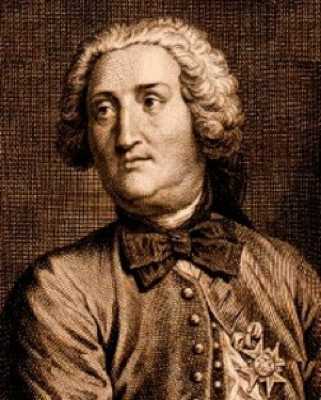 This story has been recounted by most of Bach’s biographers, and told and retold with more and more embellishments. The most authoritative biography of him is by Phillip Spitta, who tells the story as follows.

In September 1717, Bach had become well known throughout Europe as the greatest keyboard performer in Germany. He was not well-known or admired for his compositions, as the Baroque movement was going the way of the Dodo and Bach wrote in an extremely heavy, robust, meat-and-potatoes Baroque style.

Louis Marchand was equally well-known throughout Europe as an outstanding French organist and keyboard performer, and when he heard the tales about Bach’s virtuosity, he traveled to Germany with the express purpose of meeting and defeating Bach.

Bach worked in Weimar at the time, and when they met, Frederick II, the King of Prussia, who was a huge fan of Bach’s music, organized a little harpsichord playoff. Bach arrived first, early in the morning before anyone else, to warm up and stretch his fingers. Marchand walked into the palace, heard these warm-up exercises, turned right around and walked out, got in his carriage and returned to France. He never went to Germany again. 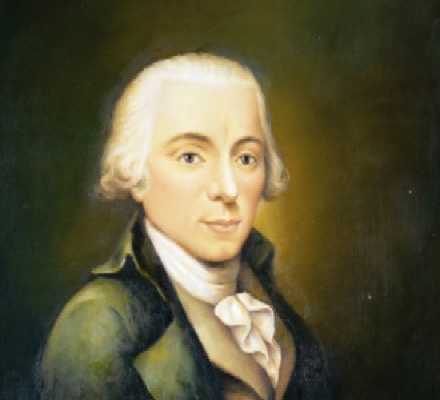 On Christmas Eve, 1781, Clementi and Mozart met at the court of Franz Joseph II. They were amiable at that time, not bitter rivals, and Clementi’s skill at the keyboard was such that he was able to hold his own with Mozart, all the way to the end. The Emperor called it a draw. They were both required to improvise variations on a theme the Emperor devised on the spot, and Clementi managed to draw equal amounts of applause. They both improvised fugues, waltzes, variations in minor and major.

Mozart and Clementi both agreed afterward that Mozart had won, but these were dubious statements, since Clementi was just being polite, as was his nature, and Mozart did not like Italians, in general. He considered them terrible at music. He wrote to his father, “Clementi plays well, as far as execution with the right hand goes. His greatest strength lies in his passages in thirds. Apart from that, he doesn’t have a kreuzer’s worth of taste or feeling. In short, he is a mere mechanics [robot].” Mozart wrote later, “Clementi is a charlatan, like all Italians. He marks a piece presto but ‘plays’ only ‘allegro.’”

Clementi, for his part, had this to say about Mozart, “Until then I had never heard anyone play with such spirit and grace. I was particularly overwhelmed by an ‘adagio’ and by several of his extempore variations for which the Emperor had chosen the theme, and which we were to devise alternately.” 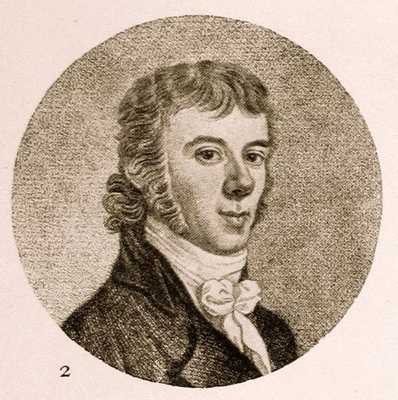 Beethoven had a bad habit of being good at what he did. That made him a bigger target for other performers trying to carve reputations out of his hide. Wolfl and Beethoven were friends at one time, both having dedicated various works to each other. But Wolfl apparently became malcontent with his status as second in pianistic greatness behind Beethoven, and thus challenged Beethoven to a piano duel, in 1799, at the home of Count Wetzlar, one of Beethoven’s admirers and patrons, and a patron of artists in general.

By the time the duel took place, Wolfl had made a point of playing many recitals and concerts all over Europe, especially in Germany and Austria, where Beethoven would catch wind of his rise, for the sole purpose of building the hype. It worked. Beethoven was informed by his friend, Aton Schindler, that he was no longer without performance competitors. Wolfl was about 6 feet tall and had gigantic hands that could stretch a thirteenth on the piano. Beethoven was only 5’3 and 3/4” and could just manage a tenth. He countered this as all good pianists must by using the pedal to sustain the first note and then quickly hitting the second note, if two notes of a tenth or more have to be spanned. Good pedaling technique renders the results nearly indistinguishable.

But the duel played out in much the same fashion as that of the next year, versus Steibelt. Beethoven and Wolfl were evenly matched after the first round, but in the second and third, Beethoven wiped the floor with Wolfl. When it came to improvisation and sight-reading, Beethoven had no equal during his life. Wolfl was much less spoken of in Austria after this encounter. 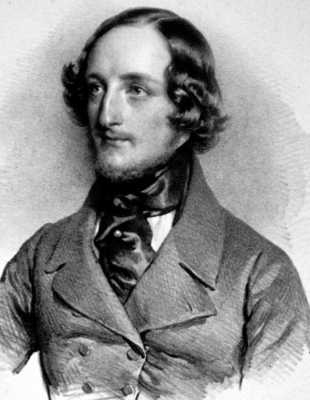 The rivalry between Liszt and Thalberg lasted from 1836 to 1842, during which time Thalberg made as many concert tours of Europe as Liszt, playing in the same venues, immediately before or after Liszt, in order to show the musical world that he was the greatest pianist in the world.

The fact that their contest lasted as long as it did is a testament to Thalberg’s virtuosity, since every classical pianist of the 20th Century has agreed that none of them, not even Vladimir Horowitz, could hold a candle to Liszt.

Liszt and Thalberg did not follow the traditional duel format as described earlier. Instead they first tried to trounce each other’s popularity throughout Europe with their concert tours. Both were very well admired, and finally they agreed to meet and settle the score. It all came to a head on March 31, 1837. They had both prepared a new composition each, of the most extreme technical demands, neither knowing that the other was preparing a piece of music expressly for their showdown.

When they met and discovered this, they laughed and readied themselves for a heck of a fight. They were watched by about two-dozen close friends and admirers in the Paris salon of Princess Cristina Belgiojoso. They first played a few pieces each that they had played many times in concerts. Liszt played his Grand Galop Chromatique, which Thalberg countered with his fantasy variations on Bellini’s “Norma.”

They then played their grand finales, the new pieces. Thalberg’s was “Fantasy,” Op. 33, on melodies from Rossini’s “Moise.” Liszt’s was “Reminscences de Robert le Diable,” from Meyerbeer. Both pieces are still played today, although Liszt’s is more well-known, but the result of the duel was reported as a toss-up. Both received standing ovations, but, whereas Thalberg had for years been after Liszt’s crown of the greatest pianist in the world, he never again challenged Liszt to a face-to-face duel. They continued to perform throughout Europe enjoying success, but Liszt’s lasted longer.