Part of English’s success is due to the embracing of new words; British and Irish people in particular seem to take a delight in using new words or misusing or adapting old ones. This list contains eleven words – mostly coined or adopted from the last 40 years, that have become widespread and that have somewhat odd roots. 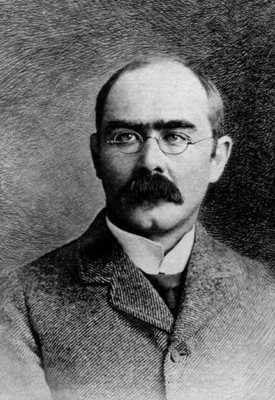 TWAIN is a standard for communication between imaging devices (usually scanners) and computers. Because it’s always written in upper case, it’s often assumed that TWAIN is an acronym – with the “AIN” perhaps standing for “acquired image network.” It doesn’t, according to the twain.org website, the word “twain” was chosen from Kipling’s the Ballad of East and West, which coined the phrase “…and never the twain shall meet…” which, at the time, symbolized how hard it was to connect a scanner to a computer. It was changed to upper case to make it more distinctive, but in doing so has raised the question “what does TWAIN stand for?” many, many times since. 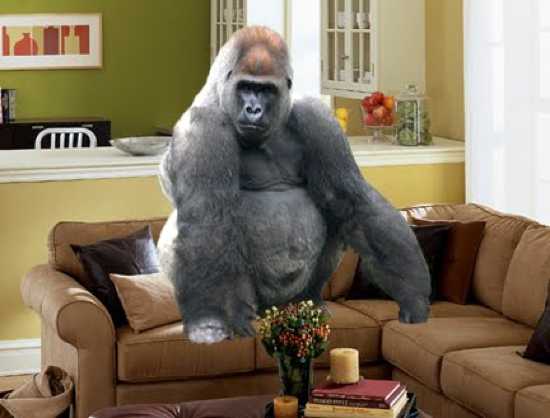 The “official” collective noun for gorillas is a “band of gorillas,” however a new term “whoop of gorillas” is starting to be used in scientific books and papers. The term “whoop of gorillas” originates from a comedy sketch show called “Not the Nine O’Clock News” and in particular, from one of their most famous sketches, “Gerald the Gorilla.” Just read that sentence again, a scientific term really derives from a comedy sketch starring Rowan Atkinson in a gorilla suit.

You can see the original sketch by searching for Gerald the Gorilla on YouTube. The sketch show appeared on the BBC – which is so widely trusted that even a term made-up in a sketch is assumed to be true.

10a. The same sketch also introduced “flange of baboons” as a collective noun; this is also starting to be used and leads us nicely to: 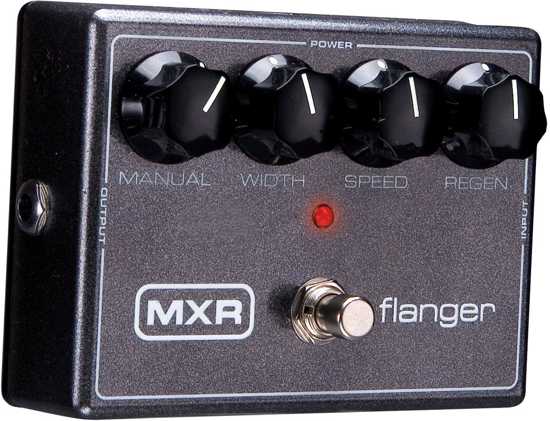 As well as a “new” collective noun for baboons, “flange” has a meaning in music production. A flanger is a musical effect produced by mixing two identical signals together with one signal having a small, varying delay.

The invention of the flanging effect is usually attributed to Ken Townsend, an engineer at EMI’s Abbey Road studios who devised the system in 1966. The invention was prompted by a particularly tiring session of trying to double-track vocals for a Beatles recording. Such sessions were often difficult as it is obviously important that exactly the same lyrics and phrasing are used for the second track when double tracking. John Lennon asked Townsend if there was any way of getting the effect without actually singing the part twice. Driving home that evening, Townsend “had an idea.” Once a vocal part had been recorded, a copy was made and played back alongside the original. The speed of the playback of the copy was varied slightly (EMI recorders had a varispeed facility to make this possible) which created the flanging effect. At EMI, the effect was officially named “artificial double tracking” or ADT, however Lennon asked producer George Martin how the effect worked and Martin pulled Lennon’s leg by saying, “now listen, it’s very simple: we take the original image and we split it through a double-bifurcated splashing flange with double negative feedback.” From that point on, whenever Lennon wanted the ADT effect he asked for “Ken’s Flanger.” Such was the Beatles’ influence – and Lennon’s enthusiastic praise for the “flange” effect in interviews – the effect was used on most tracks on Revolver and Sgt Pepper and that the name stuck. 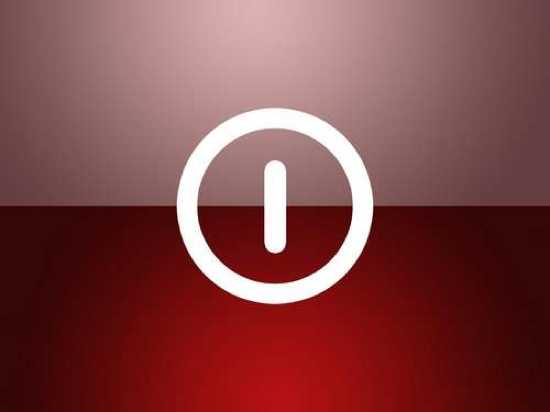 To explain why we “boot” computers, we have to start with Karl Friedrich Hieronymus, Freiherr von Münchhausen, or Baron Münchhausen as he is more usually known. Münchhausen served in the Russian cavalry during various Russo-Turkish wars in the 18th century. During his retirement he gained a reputation for witty and greatly exaggerated tales of his wartime exploits. One adventure was being trapped in quicksand – he escaped (he claimed) by grabbing his own hair and pulling up – which is actually impossible.

The stories were published anonymously in 1781 and over the next hundred years or so, stories were added, changed and translated back and forth between various European languages. By the time they reached America, the quicksand story had changed to him pulling himself up by his bootstraps (which is also impossible, and probably harder than using the hair).

However, the phrase “pulling up from the bootstraps” survived and when computers were being developed, the description seemed apt. In the early days of small computers, the process of starting one up was fairly labour intensive; a tiny program would be loaded using switches on the front panel – the program would enable a larger program to be loaded from a punched tape reader, that program, in turn, would allow the operating system to be loaded from magnetic tape or disc. Because the computer was starting from practically nothing and ended up as a running machine, this process was known as bootstrapping and, eventually, booting. Even modern computers essentially go through the same process – a small program (on a PC known as the BIOS) allows the computer to access a boot disc, which contains the full operating system. 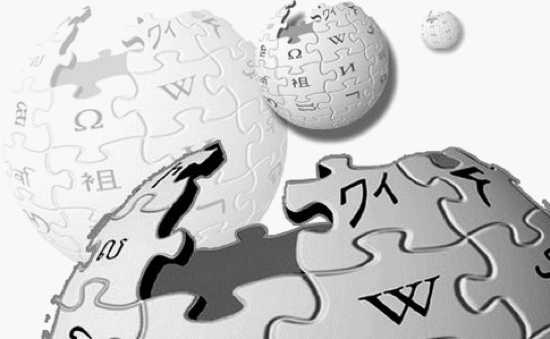 Millions of people use Wikipedia everyday, but Wikipedia is only one example of a “wiki” website – a website which is quick and easy for users of that site to modify.

The wiki website was developed by Howard G. Cunningham, starting in 1994 with the first “WikiWikiWeb” being installed on his website in 1995. So why did he pick “wiki” for the name? It’s derived from the Hawaiian word meaning “fast” or “quick” with “wikiwiki” meaning “very fast” – Cunningham remembered a Honolulu Airport employee telling him to take the “Wiki Wiki Shuttle.” Explained Cunningham: “I chose wiki-wiki … avoiding calling this stuff ‘quick-web.’” 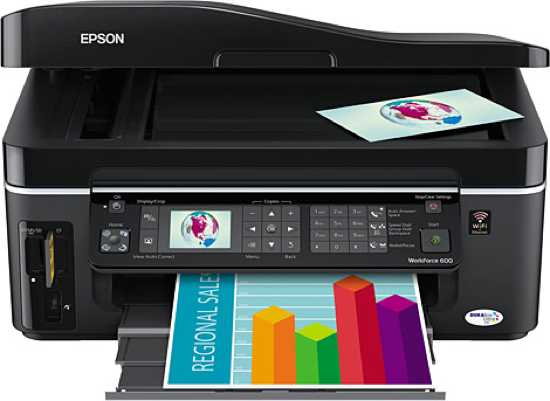 As a very young child, I remember watching the Tokyo Olympics – these were the first games to be broadcast internationally using satellites, so it was with huge amazement that we watched “live” events from the other side of the globe.

One of the lesser-known technological innovations for the Tokyo Olympics was the development of the electronic printer which was used to print the times of results. The printer was developed by the Seiko Group and the printer was called the “Electronic Printer” or “EP.” The printer module was successful and became incorporated into early calculators. Around 10 years later, Seiko launched a range of dot matrix printers into the US market and the US distributor was named EPSON – as the range was the “son” of “EP.” The brand became so established that Seiko renamed itself the Epson Corporation a few years later. 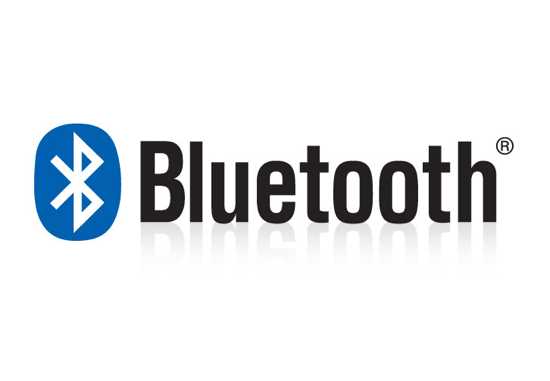 Bluetooth is a short-range radio system for exchanging data over short distances. So why, it has to be asked, is it called “Bluetooth”? The short answer is that “Bluetooth” is the epithet of King Harald 1 of Denmark. A tenth century king who had blue – or possibly black – teeth. The reasoning becomes slightly clearer when you realize that Bluetooth was developed by Ericcson – a Swedish telecoms company who were familiar with the Nordic Harald 1 – and that King Harald’s main achievement was to unite Denmark and Norway under a single king (i.e. himself). In a similar way (at least in marketing speak) Bluetooth would unite different devices under a single protocol.

The system was nearly called Pan – presumably implying it allowed data to cross boundaries (as in Pan-Continental), but just before the launch it was discovered that Pan was already trademarked to someone else, so Bluetooth was quickly pulled in as a replacement. 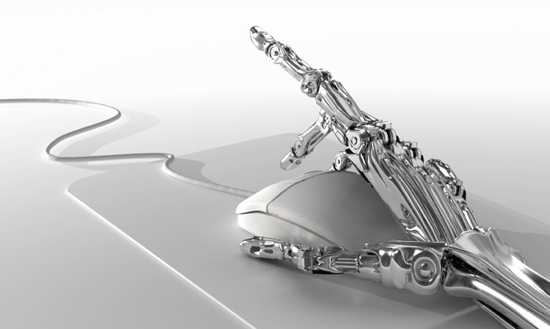 Although the idea of automata – mechanical people or animals – dates back hundreds of years (there are stories of mechanical horses in the Arabian Nights), the word “Robot” wasn’t coined until 1920 by Karel Čapek. Čapek wrote a play called Rossum’s Universal Robots and the word “robot” came from the Czech word for “serf worker” or “drudgery” (technically, Karel attributed the word to his brother Josef).

So far so odd, but the term “robotics” has an even odder derivation, it was first used by science fiction writer Isaac Asimov who introduced the term in a 1942 short story, Runaround. Asimov was, understandably, proud – and surprised – when he realized that the term had become adopted by people working to build real robots and that many of these people had been inspired by Asimov’s robot stories. 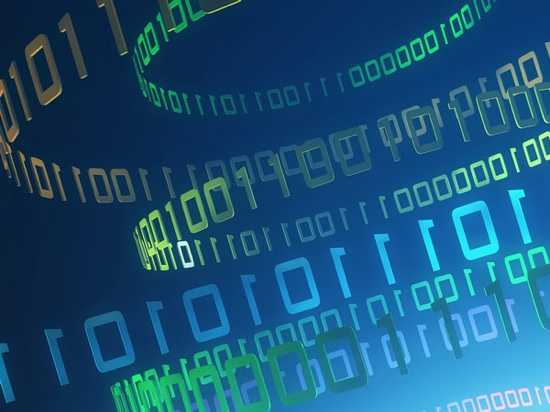 Another word that comes from science fiction, “Cyberspace” was first used by William Gibson in his 1982 short story Burning Chrome. Cyberspace has a slightly eerie feel about it as a concept and Gibson is also credited with the prediction of the rise of reality TV and the virtual worlds of some video games. 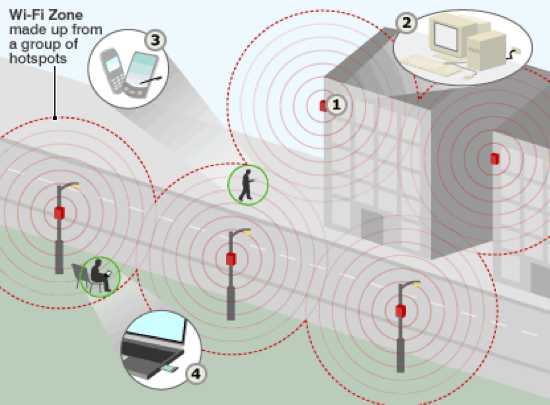 The ubiquitous wi-fi – just do a scan for wi-fi servers in any street in the UK and you’re pretty much guaranteed to see half a dozen hosts – is very occasionally known as “wireless-fidelity.”

Clearly, that makes no sense. However, the term “hi-fi” as a contraction of high-fidelity has a tighter specification. In principle, only equipment conforming to the DIN 45500 standard could call itself “hi-fi” (although in practice the term “hi-fi” has been applied to more or less anything that produces a sound). However, when consultants Interbrand were asked to produce a name for the new system, they coined “wi-fi” as a play on the word “hi-fi.” Whilst it’s true that if “wi-fi” is a contraction of any phrase, it would be “wireless-fidelity,” it isn’t. “Wi-fi” is simply a phrase that sounds like another phrase that is a contraction of “high-fidelity.” 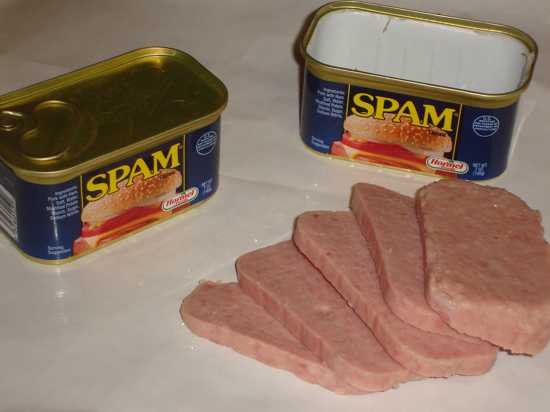 And finally, the second (or third if you count “a whoop of baboons,” which I like to do) word derived from a comedy sketch – the famous “Spam” sketch from Monty Python’s Flying Circus.

As luck would have it, the Spam sketch was broadcast a few years before the early days of online networking, which was carried out over dial-up phone connections running at 1200, or even 300 characters per second, it was a widespread joke to send the word “Spam” repeatedly so that the receiver’s screen would be covered in Spam – this hilarious activity was known as “spamming.”

Now the etymology becomes a little blurred, because in the 1980s, companies that carried out the vital work of bulk posting unsolicited adverts referred to their material as SPAM – an acronym for “Sales, Promotion And Marketing.”

As the Internet became widespread, the two terms seemed to have merged into the single meaning of junk emails clogging up mail boxes, but when I see the term, I still think of Terry Jones in a dress saying as an aside, “bloody Vikings!” when the Spam chant becomes overwhelming.