Not a single story of alien contact has ever been verified, however, each year thousands of people claim to have been contacted or abducted by aliens. The reasons explaining the likelihood of such an event are interesting in themselves; however, it is marginally possible that you might one day find yourself ‘beamed up’ to communicate with curious extra terrestrials. You would suddenly become the ambassador for all humanity. This is a tremendously important position to be in and it is crucial you do the right things. You must make sure that you and humanity survive and learn as much as possible from these advanced beings. So what should you do when you meet them? Here are ten tips for hopefully ensuring a friendly relationship. 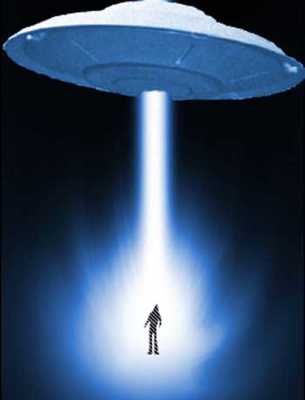 Aliens who have mastered interstellar travel, well beyond our current technological capabilities, will not be interested in gold or rare elements, as the energy required to create these through nuclear fusion is much less than the energy required to come to Earth. Moreover, if they wanted specific elements or molecules, they would not have abducted a human. Authentic cultural artifacts or life forms are much more difficult to obtain. Even so, do not waste your time worrying about your car. If they can fly all the way here, they have the power to take a simple car forcefully, and you are not going to be able to stop them. But more than a car or any other item, you yourself are much more valuable to them than anything you own.

9
Do Not be Threatening 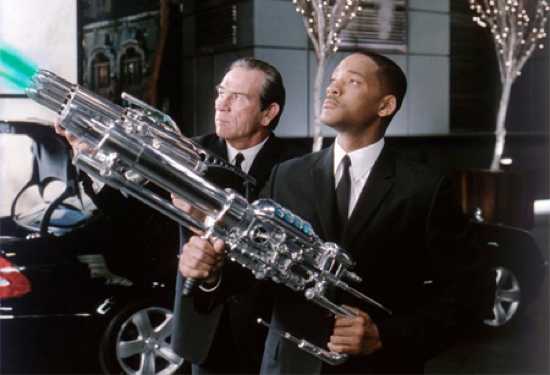 Do not worry about aliens zapping you with their beam weapons or whatever they might have. If they wanted you dead you would be dead before you even saw them. A civilization that has the energy and technology to fly here would find the effort needed to disintegrate your suburb from orbit to be a drop in the pond. If you are abducted, they want you alive. The last thing you should do is act in a threatening way, as this will make them less likely to want to have diplomatic dealings with you or possibly all of humanity by extension. You are alive but still at their mercy. Vivisections are unlikely, as a living organism can be cloned and its behavior studied much more easily than a dead one can be. Wanting to cut you open to look inside is highly improbable, considering that even we with our primitive technology have several types of scans that can do the looking harmlessly and without the mess. And any amateur biologist can tell you that they will not be interested in your reproductive system. 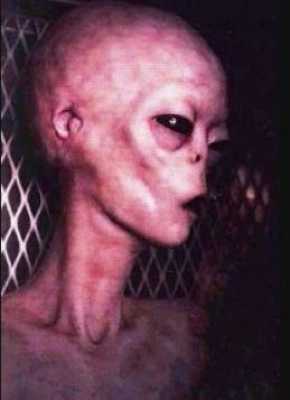 Statistically speaking, it is more likely that aliens randomly abducting earth life will pick up non-human animals. If you find yourself in the company of aliens, they may not immediately realize that you are more intelligent than their other quarry. Observe them to see how they communicate. They may not use vision, or may use vision in a different area of the spectrum to us. They might also hear at different pitches. Once you have an idea of how they communicate, if possible, copy it to attract their attention. If they communicate in a way you cannot observe or copy, physically push them (not violently) for attention. Any creature that is advanced enough for space travel must be able to interact with its surroundings in order to build or operate a ship, and so they will detect your push. The aliens might be acidic, toxic, or diseased, so do not touch them yourself; use a stick or other handy object. They might interact with you immediately or send for one of their scientists. Be patient and if all else fails, keep trying new ways of attracting attention. 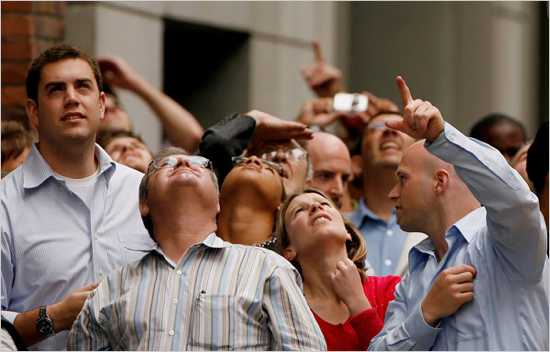 Much of what we do on Earth would not be at all obvious to an alien visitor. Pointing to indicate a distant object seems natural, but even animals generally will look to the end of the finger instead of following its line to see in the intended direction. Body language such as nodding, smiling, and shrugging are equally meaningless. If you are communicating with aliens, these might unfortunately be misinterpreted. Try to not make unnecessary movements, except when manipulating objects or copying their communication if you are able to. They will not be humanoid, so do not expect ‘normal’ movements. Try not to be afraid of the bizarre actions they might make. Remember also that they could be just as individual as humans, or perhaps more so, so do not expect every single one of them to pay attention to you. Nevertheless, if you are alive, then it is because at least one of them is interested in your behavior. 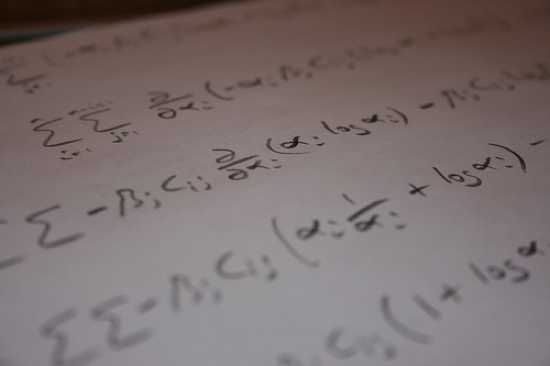 Translating your language is not as simple as scanning what is said into a computer. A word bank needs to be built up with a decent vocabulary which can take hours, let alone analyzing the meaning from the context of each of those words. Similarly, telepathy designed for alien brains will probably not work on yours. Visiting aliens might have observed us secretly and therefore might speak to you in an Earth language, but if they had observed us for long enough to learn our language, then they also would have chosen a world leader or significantly influential person to abduct. Pure mathematics is non-cultural and can be used to show you are intelligent and will start mutual learning. Draw different numbers of dots to represent basic numbers and do a few multiplications, since this is non-trivial to less intelligent animals. If they are blind, use coins or objects to represent the numbers. In the numbers, put every ten dots or objects in groups of ten to show that we use base-10 for our numbers. This will also tell them that we are intelligent. 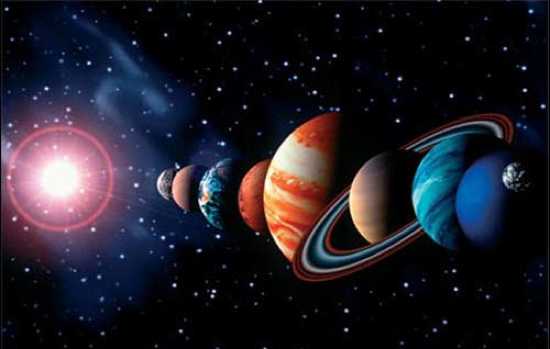 Draw our solar system, or make a model with objects if they are blind. Make the sun quite large with each of the planets significantly smaller than it, but try to at least show relative sizes, such as Jupiter being the largest. Show their orbits also around the sun to demonstrate that you are not just drawing random circles. Indicate Earth to show them that we know astronomy, again proving our intelligence. Do not use arrows to point, as understanding these is based on knowledge of Earth customs. Indicate yourself with hands or whatever works based on their senses and then indicate your drawing. Pause and then indicate the aliens and a blank space for them to draw. If all goes well, the aliens might respond by drawing their solar system. 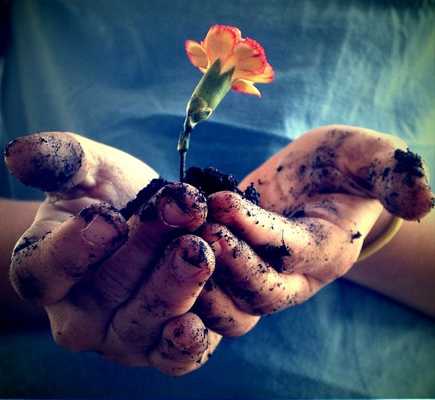 Once the aliens have established that you are intelligent and are actively trying to communicate with them, your value to them increases. They, or others for whom they travel, will want to learn more. If they record things, a good way to start is with nouns. Indicate an object and say its name. Repeat this several times for emphasis. Try to avoid plurals and different cases (such as me versus I). If you keep trying, they should be able to record what you are saying and index it. This is the first step to real communication, but it will take days at least before you can speak more easily. Once basic communication is established, do not tell them that humans are the masterwork of god and all other creatures, themselves included, are inferior. Apart from being appalling diplomacy, you should learn more about them before including them in statements which were probably not made with them in mind. More importantly, not every human shares your point of view, and you are representing all humans after all. You can worry about what different groups believe later. It is the whole of humanity which is most important at this point. 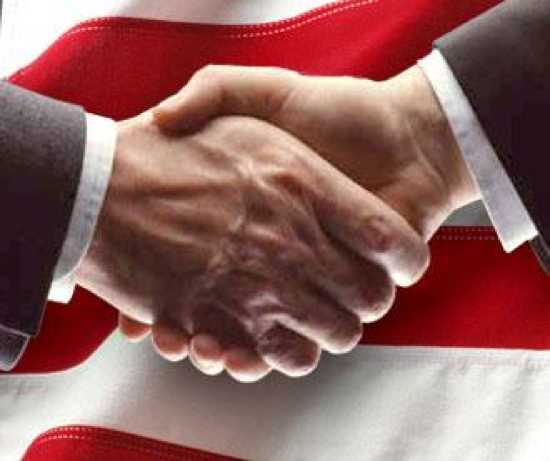 For us, once we are safe from being obliterated by the aliens, the most important thing we can obtain from them is information about their technology and culture. Space travel, medicine, and our very understanding of the universe could change with what we learn. You could save the lives of millions, and enrich billions. Try to develop an environment of information exchange and mutual learning with them. Ask lots of questions and answer everything carefully and wholly. Do not lie about the less tasteful things humans do—say things like “some humans do that, but most of us try not to.” You want to portray humans as a species which is intelligent, curious, and not a threat or mere savages. Make them want to stay to learn more. If they cannot stay, do what you can to ensure that they return soon. Be specific with times and places. If they are going to return, not all humans might behave as well as you. Ask them to return in a month to the centre of your government, so that you can give the government time to prepare a proper reception. 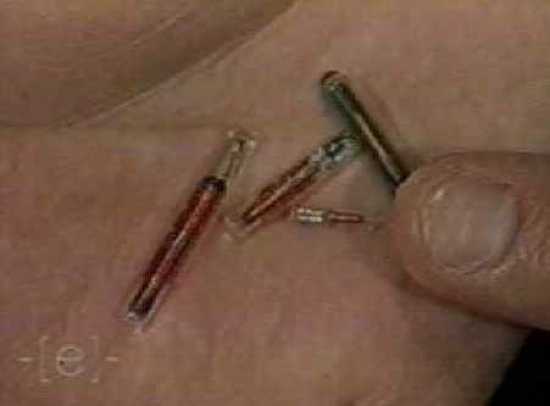 Of the many who have claimed to have been abducted, most bring back only stories. Some use body wounds or scars to prove vivisection while others show slime or liquids which they claim are alien in origin. Marginally more convincingly, some produce photographs. Most of these are blurry at best, and even so, today nearly any image can be manipulated and faked. Do not bring back something that anyone could make. If you explain the need for proof carefully to the aliens, try to obtain either a piece of alien technology or an alien organism. Technology is preferable, as organisms might be poisonous to us. If you do end up with some alien electronics, have them teach you how to use it. Aim for something that cannot be done with Earth technology, like levitation. Returning to Earth and producing a metal box and claiming it is alien but you cannot do anything with it is not compelling. 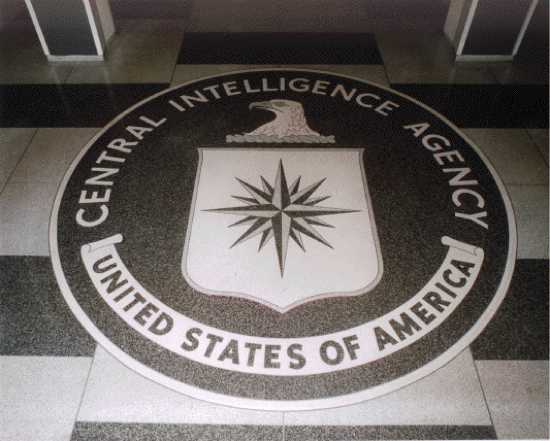 Returning to Earth and showing your friends evidence of your experience will not get you very far. If you have proof and want to either set things up so that the aliens can visit again safely or if you just want money, you need to go to higher powers. Book interviews with several organizations, and make at least one affiliated with your government. Magazines specializing in strange and eccentric stories will only take your credibility so far. Keep your story factual and precise if you want to be believed. The media will sensationalize everything for you. It is very important to not rely on a single organization, both to maximize any profit you might make and to ensure that you and your proof do not mysteriously disappear. It is difficult for the government to keep you quiet when you have already sold your full story to five newspapers and published it online with irrefutable proof. As for profit, any money you might make at this stage is largely meaningless if the aliens return, as you will be the best person to continue future dealings with them and will be able to demand just about any pay you like.