Are we alone in the universe? Ever since humankind discovered the existence of other planets and solar systems, we have been wondering if we might be contacted by another intelligent species one day. International SETI science projects and amateur backyard astronomers alike have directed their telescopes to deep space to find transmissions that might have been sent by alien civilizations. The quest to find evidence of extraterrestrial life is so profoundly ingrained into our minds that it has sparked countless supposed eyewitness stories about unidentified flying objects and other weird phenomena.

There have been multiple occasions when scientists believed they might have discovered signs of extraterrestrial intelligence, only to notice that the findings were something else, ranging from a pulsar to a leaking microwave. Some electromagnetic wave transmissions and weird sightings have never gotten a definitive explanation. From actual scientific hypotheses to the most famous weird UFO theories, here are ten signs of extraterrestrial life that either turned out to be false alarms or still have no official explanation. 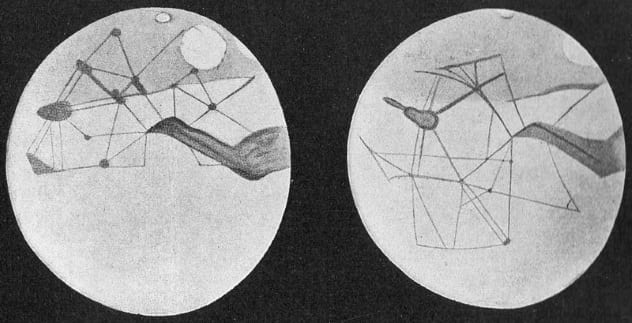 One of the big astronomical misconceptions of the late 19th and early 20th centuries was the idea that canals existed on the surface of Mars.[1] Some astronomers concluded that the only explanation for these canals was that they were built by an intelligent species for irrigation. American astronomer Percival Lowell published a trilogy of books explaining his theory about the intelligent design of the canals, and the press circulated the idea into public knowledge.

Debate about the existence of the structures and Martian life raged on until the early 20th century, when advancing technology proved the whole concept of the canals to be false. The canals were merely an optical illusion caused by the blurry telescopes of the time and the mind’s tendency to connect dots into lines. 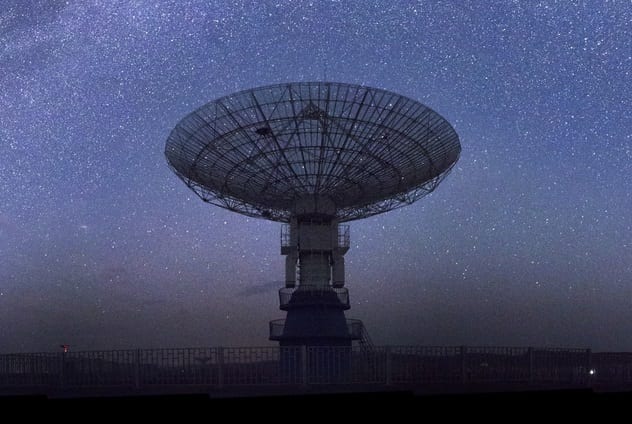 HD 164595, a star very similar to our Sun, rose to the headlines in 2016 when it came to knowledge that in 2015, a possible alien signal had been broadcast from its direction.[2] The star is orbited by one planet that cannot sustain life, but it was hypothesized that the star might have more undetected planets orbiting it. The signal lasted for two seconds and was caught only once. Since it was so brief, its source was hard to pinpoint.

Search for Extraterrestrial Intelligence (SETI) investigated the signal to evaluate its possible alien origin. SETI concluded that it was probably caused by terrestrial interference, since it was only caught by one telescope. Its exact origin was never found out, but it most likely came from a satellite. 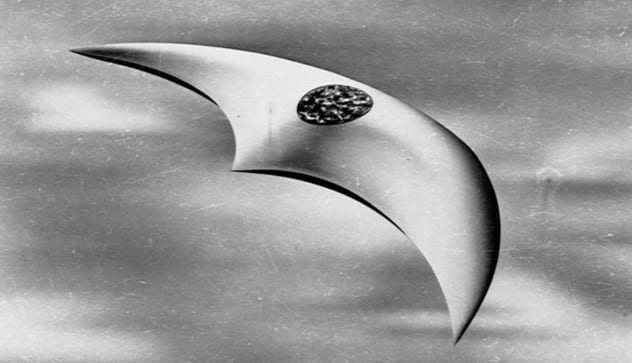 The world is full of unreliable eyewitness stories about flying saucers, but aviator and businessman Kenneth Arnolds’s UFO story was the first one to be widely reported in the media. In 1947, Arnold claimed that he had seen nine weird flying objects while he had been flying over Washington state. He described them moving like a saucer skipping on the surface of water, and the press quickly came up with the terms “flying saucer” and “flying disc,” as they misunderstood Arnold’s words and thought the flying objects were shaped like saucers.

The Air Force stated that Arnold had seen a mirage,[3] but many people, including Arnold himself, were unsatisfied with this explanation and never let go of the idea that he had witnessed alien spacecraft. Later, Arnold claimed to see more flying saucers and wrote a book about his experiences, becoming almost a legendary figure among ufologists. 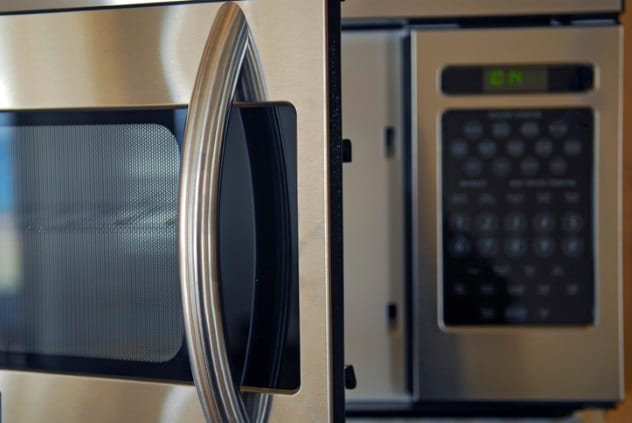 For decades, the Bleien Radio Observatory in Switzerland and the Parkes radio telescope in Australia had been catching bursts of short signals that nobody could explain. They were named perytons after the mythological hybrid creature Peryton. Their frequency and habit of appearing in clusters resembled the behavior of fast radio bursts (FRBs), which are extragalactic signals of unknown origin. Fast radio bursts had been theorized to be artificial messages sent by extraterrestrial intelligence, so the perytons also created some speculation. It turned out the signals were coming from near Earth, which debunked the alien theory, but their exact origin was still a mystery for years.

The enigma was finally solved in 2015, when scientists at the Parkes telescope discovered the rather mundane origin of the signals: their leaking kitchen microwave. Every time the microwave door was opened prematurely, it released a radio pulse that resembled FRBs. Sometimes, great mysteries have underwhelming explanations.[4] 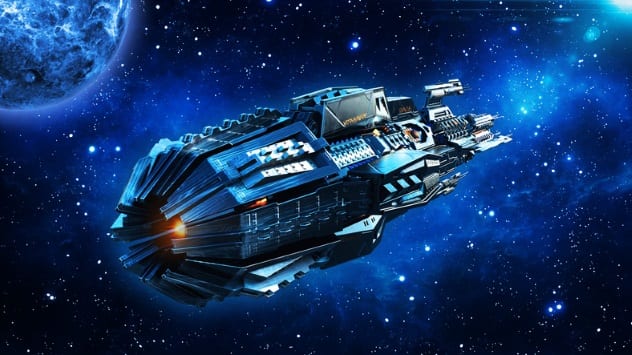 The unexplained fast radio bursts caught by telescopes around the world have been theorized to be messages from extraterrestrial species, but in 2017, a pair of scientists proposed they could have another kind of alien origin. Manasvi Lingam and Abraham Loeb hypothesized that the radio bursts could be used to propel highly advanced alien spaceships forward in the vastness of outer space.[5] In this theory, the FRBs we have detected are not messages to us but a byproduct of the spaceships needing to be powered by something more powerful than regular fuel.

Lingam and Loeb have done the mathematics to support their idea, but recent findings of FRBs that repeat themselves and come from a certain place in the sky make this theory seem less plausible. The bursts might actually be caused by neutron stars or be related to black holes. 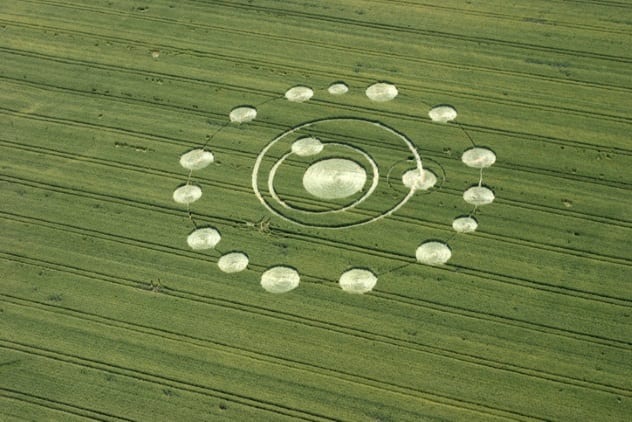 Crop circles, also known as crop formations, are large patterns created on crop fields by pressing down the plants. In the last four decades, more and more of these formations have been appearing, even though the idea itself is nothing new. Their overnight appearance and huge scale make them seem mysterious, and some people investigating the patterns have claimed that there is no way they have been created by humans.

The theory of aliens creating the circles as messages was never supported by scientists but was brought to public consciousness after the phenomenon got wide media coverage. In reality, crop circles are man-made. Some are artwork; others are just pranks meant to confuse the public.[6] Nevertheless, the theory of UFOs having created the crop formations still lives on in some pseudoscientific belief systems despite having been refuted. 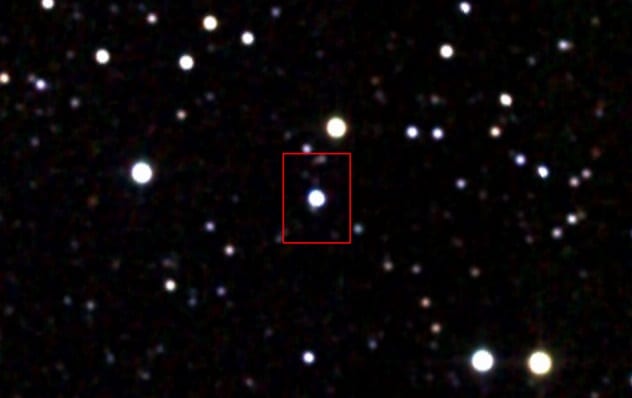 The now-retired Kepler space observatory is famous for its search for Earth-like planets orbiting other stars. In 2015, citizen scientists going through the data collected by Kepler noticed something unusual about one star. Tabby’s star, formally known as KIC 8462852, had some very unusual changes in its brightness. The star seemed to have irregular light fluctuations, dimming substantially.

There have been various theories about the origin of the phenomenon. Some astronomers proposed there could be alien megastructures around the star.[7] Energy-harvesting megastructures encompassing an entire star, such as Dyson swarms, were originally introduced in sci-fi but made their way to actual scientific thought experiments. Tabby’s star was of great interest to SETI, but recent studies say the dimming is most likely caused by dust and not any opaque object, intelligently designed or natural. 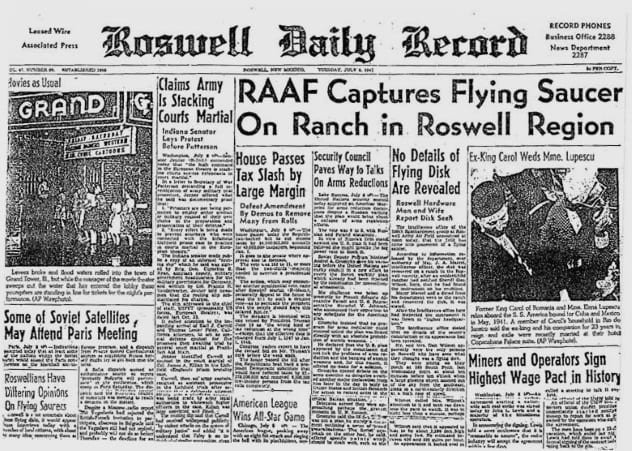 The Roswell incident is probably the most famous UFO tale ever, with the US military and politicians having had to comment on the incident multiple times even decades later. In the summer of 1947, a United States Army Air Forces balloon crashed at a ranch located in New Mexico. A man named William Brazel found the debris, and having heard stories about flying saucers, he told the local sheriff he might have found the remains of one. The sheriff called the local Air Force base, which issued a press release about the event.[8] It got a lot of interest until a new press statement was made to explain the terrestrial origin of the balloon.

Decades later, the incident got new attention when UFO researches started interviewing the supposed witnesses and going through documents. The new theory was that alien bodies had been removed from the crash site, and the US government had covered up the truth about the Roswell events. This might sound far-fetched, but in a 2013 US poll, a fifth of the respondents still believed the Roswell incident really was an UFO crash, making it one of the most widely believed alien theories. 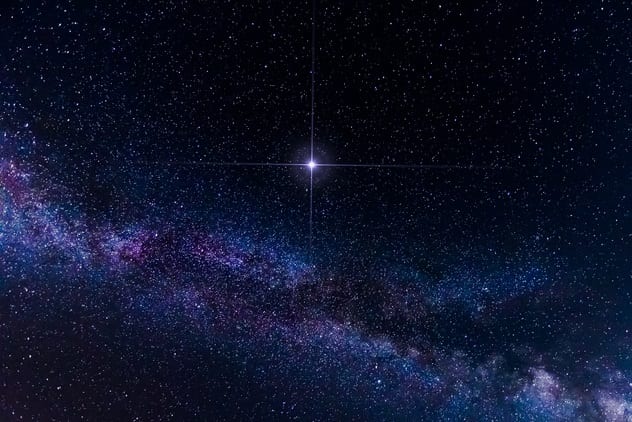 In 1967, graduate student Jocelyn Bell detected a curious signal at the Mullard Radio Astronomy Observatory in the UK. The signal was so consistent and fast that it seemed artificial, but it was not man-made. Bell and her advisor Antony Hewish famously dubbed it LGM-1 for “Little Green Men.”[9] Extraterrestrial messaging was not the scientists’ main suspect, but they had to consider the possibility and how they would announce it to the public in case it turned out to be aliens. When they discovered a similar signal, they ruled out the possibility of extraterrestrials, since it was unlikely that two separate alien species would be trying to communicate with them simultaneously.

In reality, Bell and Hewish had discovered pulsars, rotating neutron stars that that emit beams of electromagnetic radiation. The beams from such rotating stars are pointed toward Earth at regular intervals, making them seem like intelligently designed transmissions. Even though it was a false alarm in terms of aliens, the discovery of pulsars was a very useful finding for astronomers. 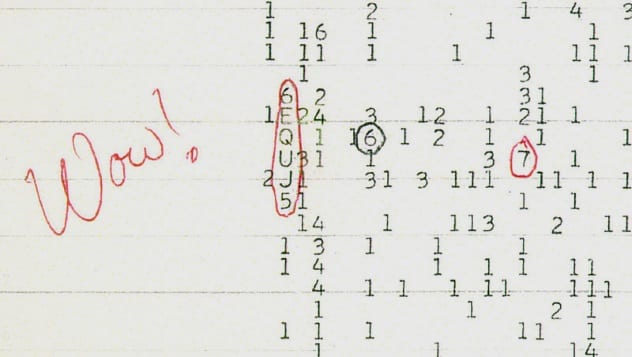 In 1977, SETI astronomer Jerry R. Ehman was reviewing data collected the previous day by Ohio State University’s “Big Ear” telescope. He noticed the telescope had picked up 72 seconds of a noteworthy, strong signal. What made the signal so notable was its frequency. The frequency range of the signal is protected, meaning nobody on Earth can broadcast on it, so the signal did not come from Earth.

At the same time, that specific frequency could very plausibly be used for communication. It would make sense for an intelligent species to pick a “channel” that is easy to listen to, as opposed to the frequencies of Big Bang background radiation or quantum noise. It also closely mimicked the electromagnetic wavelength of hydrogen, the most common and easily recognizable element in the universe.

The signal was named “Wow!” after the excited comment Ehman wrote on the computer printout. The source of Wow! has never been determined,[10] making it the strongest candidate for alien messaging ever discovered.