Cinematic portrayals of war, epic fantasy battles and fiction brought to life are all prominent parts of filmmaking as we know it today because of special effects. They can turn an artist’s vision into an icon of popular culture and they can make each film unique from the last. Without the imagination that goes into ground breaking special effects we’d have no variety whatsoever in the modern film industry.

This list covers a handful of films that I believe to be truly outstanding with their use of special effects, and despite there being a plethora of films that could be on this list, these films are the finest example of modern day technology pushed to its very limits. 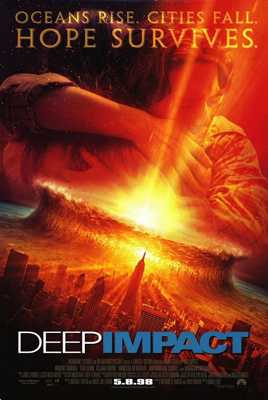 Deep Impact is a 1998 science-fiction disaster film which finds a 7-mile wide comet, discovered by young astronomer Elijah Wood, to be heading toward Earth with the predicted consequence of mass extinction. The film is particularly known for the impact of the comet fragment, detached from the much larger original comet that is destroyed in a suicide mission by a team of specialist astronauts lead by Robert Duvall, as it hits the Atlantic Ocean and causes a supersonic mega tsunami.

The power and destruction of the comet fragment is really quite impressive, and the tidal waves that proceed to engulf New York City are incredible to behold. This film may not be the highest-earning film, nor have won an endless list of awards and commendations, but it still remains one of the greatest and most realistic disaster films of our time and utilizes special effects to a level of outstanding realism for its time. 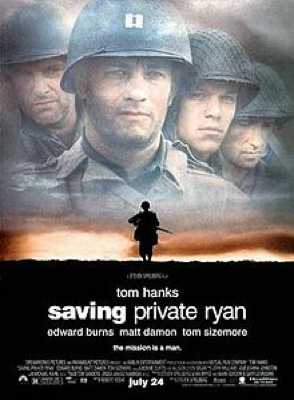 I was hesitant about placing a war film on here, due to the nature of its special effects being very different to the other entries. However, this film is arguably the greatest war film of all time and not only contains the acting talents of Tom Hanks, Tom Sizemore and Giovanni Ribisi but also holds Steven Spielberg as the director of this emotional tale of 7 soldiers’ brave campaign through World War II.

The film is noted for its opening 27-minute portrayal of the D-Day Normandy beach landings on June 6th 1944. This opening alone is the reason this film deserves a place on this list. The gritty realism has been said to be too much for surviving veterans, and younger generations are struck by both awe and horror at the loss of life. A film that can evoke so much emotion through incredibly realistic special effects and carefully planned screenplay deserves not only to be on this list, but to be seen by everyone as a reminder of human history and the arduous campaigns that fill our past. 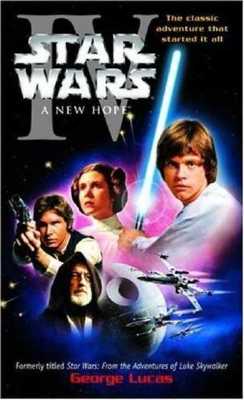 All of the original trilogy Star Wars films contain incredible special effects for their time, but I thought it fitting for the film that started it all should be here to represent them. George Lucas crafted the most memorable depictions of space ever to appear on the big screen, and the unforgettable cast and plot helped to make Star Wars one of the greatest film series of all time.

For a film of 1977 origins, Star Wars manages to still captivate and wow modern day generations with its battle scenes and intelligent use of special effects, and have helped make this series one of the targets for modern day visual artists who hope to recreate Lucas’ space opera classic. 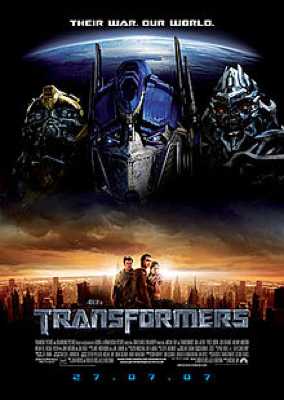 Michael Bay’s robot science-fiction film was met was immediate praise from critics and the general public after viewing, most notably for its breathtaking special effects. The 32-feet tall Optimus Prime wowed audiences with his stunning realism and and attention to detail. The film was nominated for four Oscars regarding its visual technologies used, and it’s not hard to see why. This film has spawned two successful sequels, the latest being the 4th highest grossing film of all time. Michael Bay spent a fortune on the special effects in Transformers, and it easy to see where the money went. 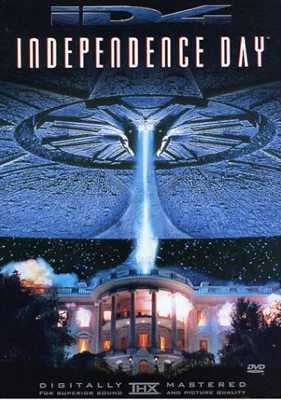 Director Roland Emmerich, known for his audacious use of special effects (2012, The Day After Tomorrow) brought us this alien invasion disaster film in 1997 which showed off some truly spectacular scenes. A personal favorite is the memorable attack on the White House, in which a beam from an alien ship obliterates the building into mere dust and fragments.

This film received a medium response by critics, but mainly due to the acting and plot as the special effects were regarded highly despite this. The explosive invasion of Earth holds some truly stunning scenes of special effects, and is a must see for sci-fi action film lovers. 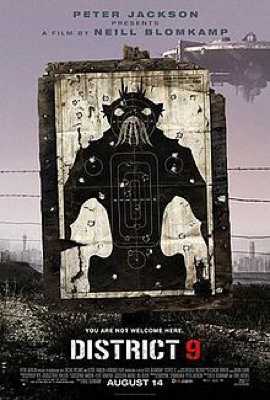 Peter Jackson produced this Best Picture nominated alien epic, and his talents couldn’t have been portrayed any better. The South-African based science-fiction film entices viewers from its very opening as an alien mother ship is seen hovering over Johannesburg . The sheer size and immense power of the ship is some of the greatest vehicular design in all of film making and it is clear that director Neill Blomkamp’s childhood dreams of CGI masterpieces were brought to life. It is said he wanted Weta Digital to work on the effects for the film’s creatures, but they were busy working on James Cameron’s Avatar. However, with other tools and people at his disposal, Blomkamp crafted a sci-fi benchmark. 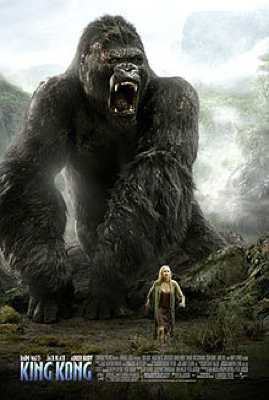 With a budget of $207 million dollars, the special effects in King Kong still remain some of the most amazing ever used. Peter Jackson brought Kong to life through his intuitive screenplay and some help form the versatile Andy Serkis in his role as Kong. For his performance, Serkis donned a full suit in the shape of a gorilla in which he would act out the Kong motions and behavioral patterns. Serkis’ performance as Kong earned him significant praise and Jackson’s adaptation of this into the film was also praised. King Kong was criticized for its three hour running time, but the epic fantasy adventure is still adored by loyal fans and Kong is still one of the most lifelike fictional creatures ever to appear on screen.

3
Lord of the Rings: Return of the King 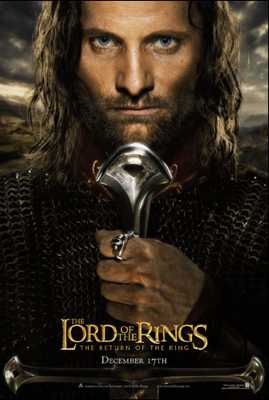 Another Peter Jackson entry here, but he returns as director in Return of the King to end the most memorable epic high fantasy series of all time and craft the 5th highest grossing film of all time. The final battle scenes, taking place outside of Minas Tirith, remains the most spectacular fictitious battle ever to grace our screens.

J.R.R Tolkein’s Middle-Earth writings are some of the most renowned in literature, and Peter Jackson has brought to life Tolkein’s vision in amazing fashion. It took myself 10 years to finally get around to watching the films, and they lived up to everything I hoped they would. 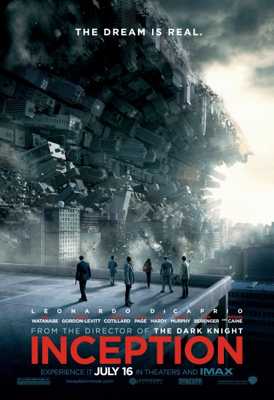 Christopher Nolan is known for creating mind-boggling, eccentric plots and mesmerizing screenplay, but Inception has to be his greatest piece to date. With an all-star cast of Leonardo DiCaprio, Joesph-Gordon Levitt, Michael Caine and Cillian Murphy amongst others, Inception is the intriguing look into the world of dream theft and how our world can be so easily manipulated when we lie in bed every night. A particular scene in the film shows off the visual effects to a stunning level when Joseph Gordon-Levitt’s character, Arthur, is running down a revolving corridor in zero gravity. This scene was filmed with an actual corridor placed on a revolving axis, to simulate the anti-gravity effects. Watching the scene alone brings about a excited nausea, I can only imagine what it must have been like to film such a stunt. 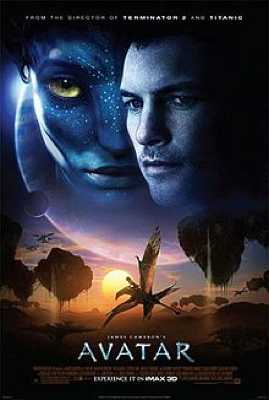 Did you really expect anything else? The only film to gross more than $2 Billion, nearly $3 Billion, and a film that creator James Cameron had to wait seven years for technology to catch up with. Officially budgeted at $237 million, and going on to gross $2,782,275,172, Avatar changed the way filmmakers and cinematographers view the world of camera effects and CGI, and has been called a ‘breakthrough in cinematic technology.’ The film made extensive use of cutting-edge motion capture filming techniques to produce a true 3-D experience, that was filmed entirely in these ground-breaking techniques as opposed to having a 3-D overlay placed on the film at the end for that final drop of profit. The average film is shown in 24 frames per second, and Cameron has already announced his plans to film the sequel to Avatar in 60 frames per second. Cameron has taken CGI and technology in cinema to incredible heights, and he shows no sign of stopping his forging of modern day special effects.