We’re seeing an experiment in action. Over the past few years, more and more countries and states have been legalizing marijuana, and we’re finally getting to see what effect it really has.

There have been all kinds of predictions. The naysayers have been sure that legalizing pot will all but bring the world to its doom, with drug abuse and crime running rampant. And on the other side, pot advocates have all but suggested that it’ll usher in a new era of peace and prosperity, where mankind finally settles its differences over a toke.

Enough time has passed now, though, that we can pretty definitively say what really happened—and it’s not all what you might expect.

10 Car Crashes Go Up, But Fatalities Go Down 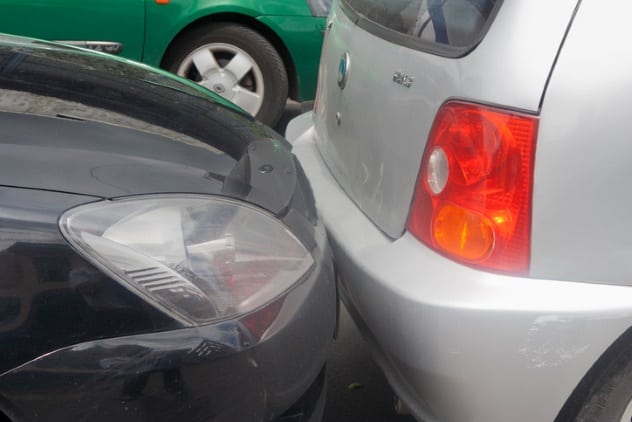 When you legalize weed, it seems, you replace a lot of your drunk drivers with high drivers. And that has some interesting side effects.

First off, legalizing marijuana definitely leads to more people smoking marijuana. In Colorado, adult marijuana use has gone up by 29 percent since it was legalized. But a lot of those people picking up joints are putting down beer bottles, especially before driving.

Drunk driving, in Washington state, has gone down nearly 33 percent since 2007. High driving has gone up about 50 percent—but its hard to get much meaning out of that, because marijuana stays in the bloodstream for weeks after the effects wear off.

What seems to be happening, though, is very slow, very careful car crashes. Statistically speaking, car accidents have gone up in places that have legalized pot, while car crash fatalities have gone down.[1] And while nobody knows for sure exactly what that means, it’s hard not to chalk that up to a lot of stoners very, very slowly bumping into each other. 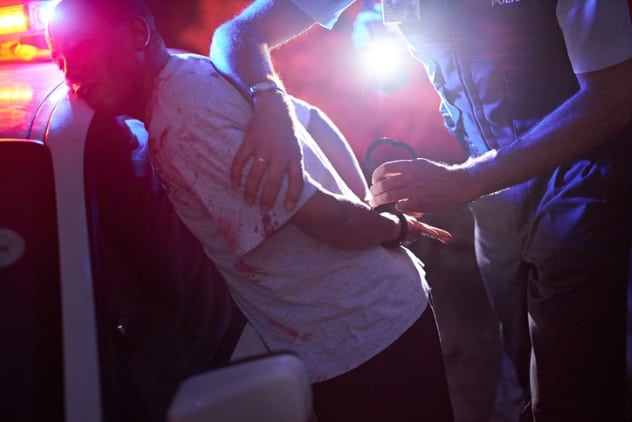 Marijuana advocates were right: When you legalize marijuana, police really do get to focus on the real crimes.

In their first year of legal pot, marijuana possession charges fell by a staggering 98 percent in Washington state. And that’s a huge deal. Between 2000 and 2010, before weed was legalized, the state spent $200 million enforcing marijuana laws—meaning that legalizing pot essentially freed up $196 million worth of police resources.

And, yes, it has led to better policing. Both Colorado and Washington have seen faster crime clearance rates across the board since legalizing marijuana.[2]

It’s also better for citizens. An unexpected side effect of legalizing pot is that cops aren’t searching cars as often, simply because they can’t use “your car smells like weed” as an excuse to search them anymore. One Washington cop has said: “Probably 90 percent of my felony arrests, they started with the odor of marijuana.” Since legalization, though, he’s been letting those people off—which, in theory, should reduce racial profiling.

8 More Kids Go To The Hospital For Eating Pot Brownies 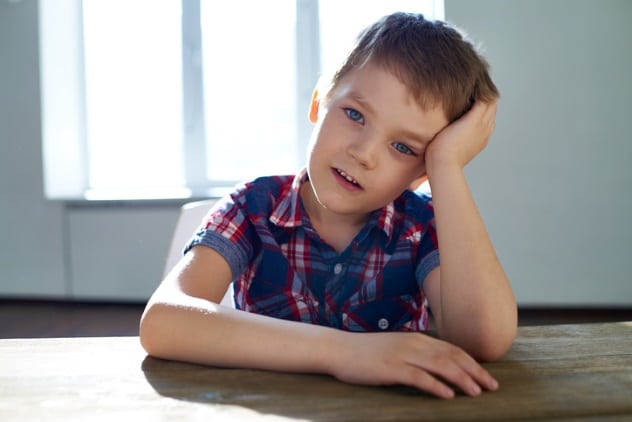 As soon as marijuana was legalized, hospitals started seeing kids pile into the emergency rooms, high out of their minds on pot brownies. It was epidemic—in a single year, the state of Colorado treated 87 children under the age of nine for ingesting cannabis, an increase of 450 percent since pot was legalized.

And that’s a good thing!

No, we’re not on some vendetta to get kids high—we just think there might be another way to interpret those numbers.

Most of these cases happen because a kid sneaks into the parent’s edibles and starts munching away at a pot brownie, not realizing that there’s more in it than just sugar. It’s possible that legalized marijuana is making that happen more often—but it’s a lot more likely that parents are just less afraid of taking their kids to the hospitals now that pot is legal.

In the past, parents have faced child endangerment charges and even lost their kids just because their child snuck a THC-laced cookie out of a forbidden cookie jar. It’s reasonable to assume that the main reason more kids are going to the hospital for this is that the parents are less afraid. Before, they were probably just dealing with it by waiting it out and hoping for the best.

One thing we know for sure is that is that underage marijuana use doesn’t go up at all where marijuana is legalized. In fact, in Washington state and Colorado, teenage pot use has gone down.[3] 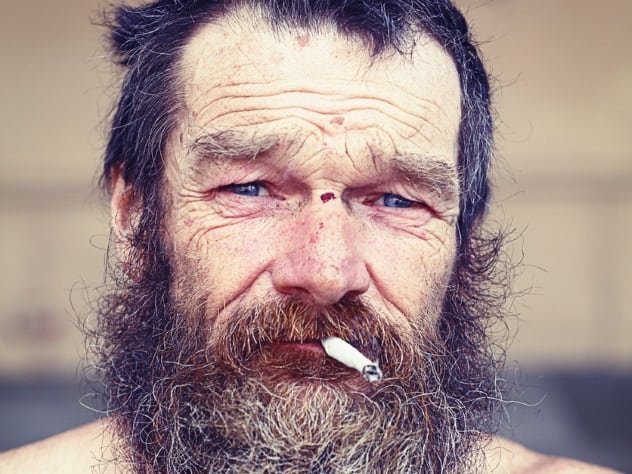 When Colorado legalized marijuana, locals started to complain about their new neighbors. Their homes, as one resident put it, had “suddenly became a haven for recreational pot users, drawing in transients, panhandlers, and a large number of homeless drug addicts.”[4]

There’s been a bit of controversy over whether or not that’s really true. Snopes.com has gone ahead and written it off as largely false, saying that Colorado’s homeless population was nearly cut in half between 2012 and 2013, when marijuana was legalized, apparently in some kind of inexplicable homeless mass exodus.

But if we can argue with Snopes, they’ve overlooked a major point. In 2013, Colorado changed the way it counts its homeless population, and the state itself credits the new system for the sudden, major drop in their homeless count. The drop isn’t a mass exodus—the numbers, before, were just wrong.

Other than that weird blip, which really has nothing to do with legal weed, homelessness steadily increased in Colorado, Washington state, Oregon, California, and Alaska after legalizing pot—suggesting that, yes, the locals are right. Pot-loving transients really do migrate to places that let them smoke legally.

6 Tourists Come Just For The Marijuana 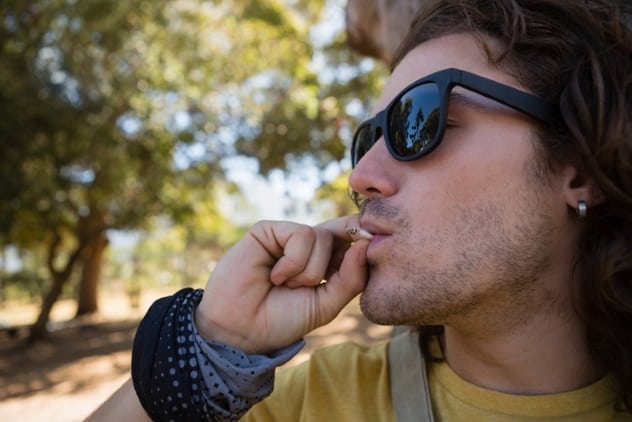 In 2015, Colorado made a record $2.6 billion off of tourism. People started flooding out to Colorado in unprecedented numbers.

The state of Colorado insists it was because of a top-notch tourism campaign—but the facts kind of suggest that people weren’t coming to see the Rockies. That year, a survey of people vacationing in Colorado found that 49 percent of them were there for weed.[5]

Strangely enough, most of them ended up chickening out and not actually buying any: Only eight percent of Colorado’s tourists actually visited a marijuana dispensary. Still, nearly half of them said that legalized pot was at least part of the reason they decided to spend their vacation time high among the mountains.

In Amsterdam, where they’re a bit more honest about these things, the tourism board estimates that 1.5 million tourists drop by every year purely because of legalized pot—which is an awful lot of money to flush into an economy.

5 Tourists Smoke Themselves Into The Hospitals 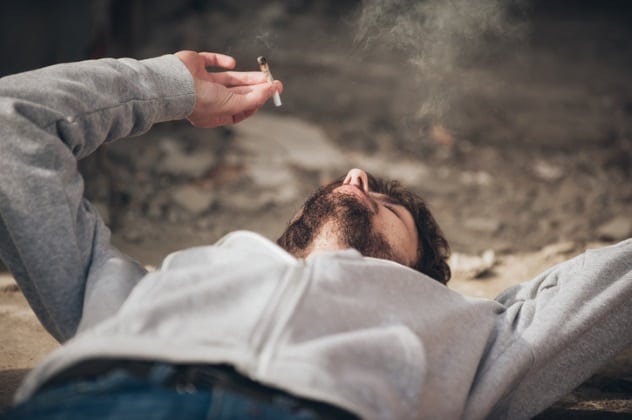 Those tourists who do partake, though, have a bad habit of going a bit overboard. Since Colorado legalized marijuana, their hospitals have had to deal with twice as many people from out-of-state showing up in the ER, so high that they’re freaked themselves out.

It happens more often than you’d think. In 2014, 1.68 percent of Colorado’s out-of-state hospital patients specifically told the doctors they were there because of marijuana.[6] They’d smoked themselves silly, and they either hurt themselves or broke into such horrible anxiety attacks that they ended up begging their friends to call a doctor.

The funny thing is that the locals don’t do it. There has been no change whatsoever in the number of in-state patients complaining about marijuana. It’s just the tourists who binge-smoke themselves into the ER, apparently convinced that if they’re going to get a chance to legally get high, they need to get higher than anyone has ever been. 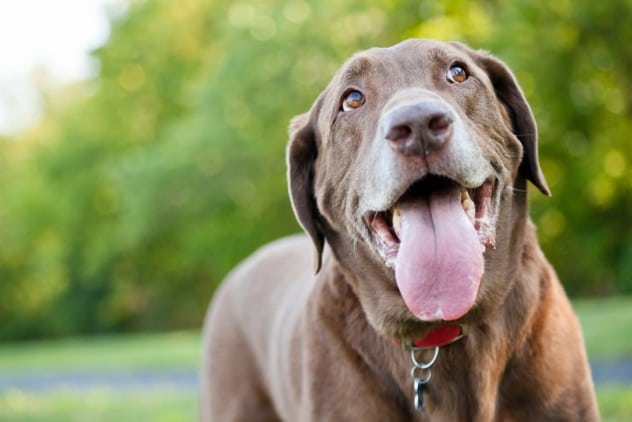 It’s not just people who have been getting high. When marijuana gets legalized, dogs start getting high, too.

According to the Wheat Ridge Animal Hospital, marijuana poisoning in dogs in Colorado has quadrupled since pot was legalized. One veterinarian claims that her hospital treats an average of five stoned-out-of-their-mind dogs every week.

It’s not that people are sticking joints in their dogs’ mouths—or, at least, that usually isn’t what happens. Typically, the dogs get into owners’ edibles and chomp away on them. They end tired, staggering, and sensitive to light. In extreme cases, they’ll even up throwing up and passing out.

The dogs are usually fine within 24 hours, but some have actually died after eating edibles. Those deaths were probably brought on by the chocolate instead of the marijuana, though, as the chocolate in a brownie is far worse for dogs than the weed.[7]

3 Opioid Use Goes Down 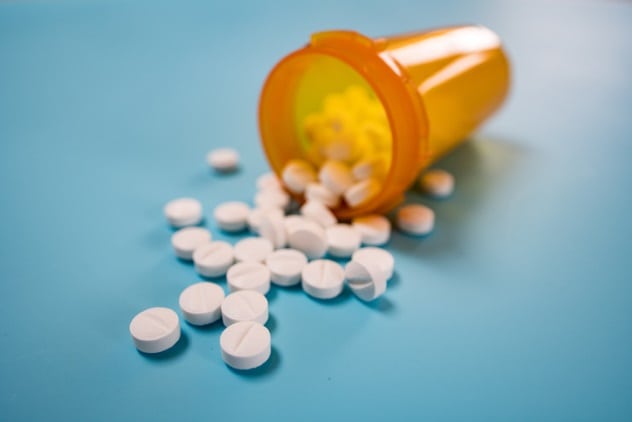 No matter how you feel about marijuana, it’d be hard to say that it’s as bad as opioids. Opioids kill—in fact, they kill 42,000 Americans every year.

Legalizing marijuana, though, seems to be a pretty effective way to bring those numbers down. According to one study, opioid prescriptions go down by an average of 14 percent whenever medical marijuana is legalized.

Partly, that’s because it gives people an alternative. When marijuana is illegal, patients don’t have many other choices for dealing with pain except for taking opioids, which can be very addictive and very dangerous. But the other part is that marijuana is just plain cheaper. On average, marijuana costs patients about 60 percent as much as opioids like hydrocodone.

And, yes, it saves lives. Legalizing medical marijuana, on average, has reduced deaths from opioid overdoses by 25 percent.[8] 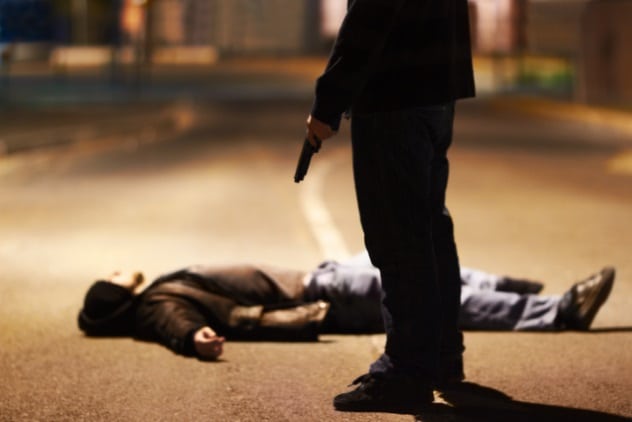 Reefer madness has yet to set in anywhere that marijuana has been legalized. Crime, in Washington state, is the lowest it’s been in 40 years, while Colorado has seen a 2.4-percent drop in violent crime since legalization.

But that’s nothing compared to the states further south. In the states bordering Mexico, where marijuana trade is usually controlled by drug cartels, crime rates have absolutely plummeted where marijuana has been legalized. In California, legalizing pot for medical use alone lowered violent crime by 15 percent, robberies by 19 percent, and murders by ten percent.[9]

And, yes, that’s because the cartel is out of town. Drug-related homicides went down by 41 percent—nearly being cut in half—since medical marijuana was legalized in California.

Weed, it seems, doesn’t really turn people into criminals. If anything, legalizing weed is making the drug cartels hemorrhage money—and might even get rid of some of them. 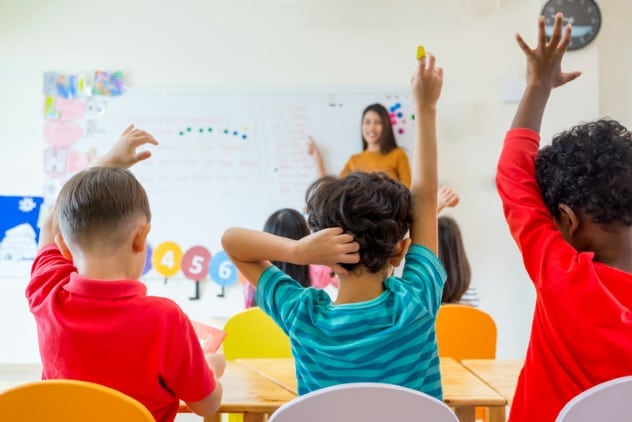 In 2015, Colorado brought in an extra $135 million in tax revenue through cannabis alone.

That’s a lot of money—and most of it has gone into helping Colorado’s schools. When marijuana was legalized, Colorado ruled that most of the new money would go into schools, and they’ve kept that promise. During the 2015–2016 school year, marijuana taxes contributed $80 million toward school construction projects. In 2017, schools in Deer Trail, Colorado, were given $34 million to build a new campus and specifically credited the money to marijuana taxes, which means that the kids there got a brand-new facility because of weed.

According to a Harvard researcher, if the entire United States legalized marijuana (and other drugs) and then taxed and regulated their sale, it would raise an extra $106.7 billion per year.[10] That figure comes from the theory that the nation would earn $58.8 billion in tax revenues and save the $47.9 billion they spend on drug prohibition each year.

That would be enough money to make every college in the US free—and there’d still be money left over to spread around.

Read more facts about marijuana and legal battles against it on 10 Bizarre Times Marijuana Showed Up In History and 10 Wild Stories From The Anti-Marijuana Campaign.