Genetic diversity is essential to the survival of a species. We all inherit a mix of genes from our parents, some of them passed down along several generations. Along the way, these genes are often mutated – for example, a single base in our DNA may be randomly swapped for another during replication, or a whole segment can be mistakenly deleted or multiplied. Many of these DNA mutations are silent and can only be detected on a molecular scale by a geneticist in a lab. However, there also exist some pretty strange mutations that can have some very noticeable effects on their carriers.

See Also: 10 Foods That Have Been Genetically Modified Beyond Recognition 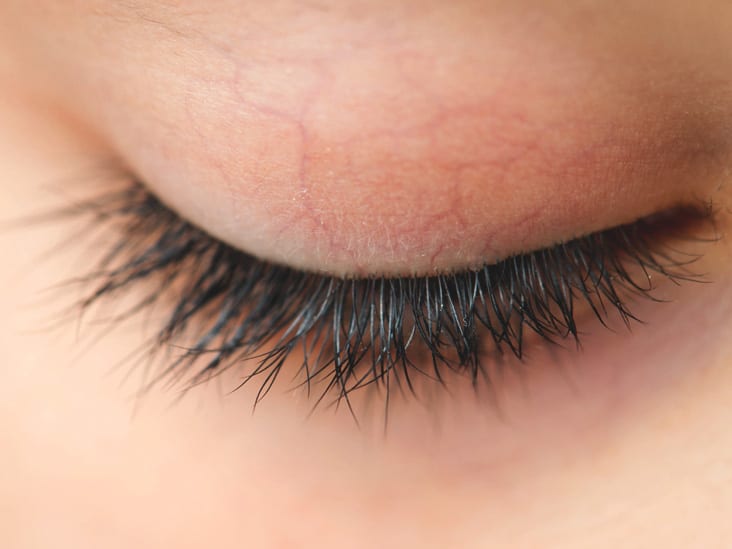 Elizabeth Taylor was famous for her gorgeous eyes, but it turns out that the dark lining around her eyelids wasn’t simply a trick of make-up. Rather, the actress benefited from a genetic mutation known as distichiasis. Due to a mutation in the FOXC gene, a gene responsible for embryo tissue development, Elizabeth Taylor and other carriers of this mutated gene have double eyelashes. While these extra eyelashes may have enhanced Taylor’s beauty, this is not always the case with distichiasis – many carriers have eyelashes that grow inwards, potentially damaging their corneas. This mutation has also been linked with the development of lymphedema-distichiasis syndrome, which can sometimes be associated with congenital heart disease and other health complications.

While excessive weight gain or weight loss can certainly be influenced by outside factors, genetics can have a strong influence on eating habits as well. In particular, the melanocortin 4 receptor gene (MCR4) can be mutated to either increase or decrease feelings of hunger in affected individuals. The MCR4 protein plays an important role in establishing a feeling of satiety – it essentially tells your brain when you are full. When this gene is mutated in a person, there exists a possibility that they will never experience the feeling of satiety, leading to overeating and obesity. However, the opposite may be true as well. Certain mutations in this gene can actually make a person feel constantly full and never hungry, thereby protecting them against obesity. 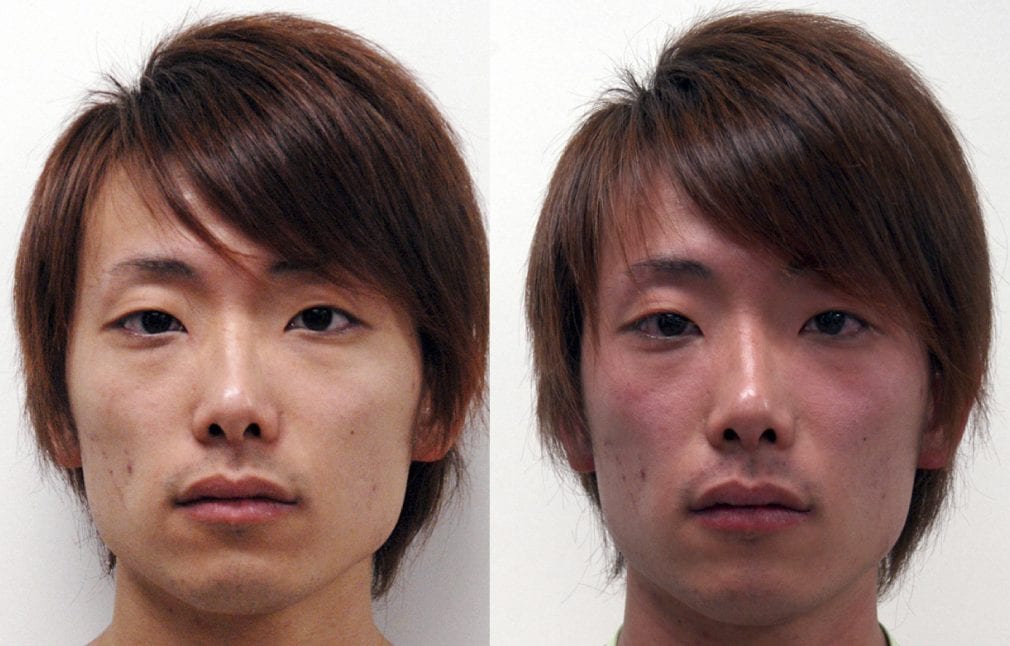 We all have that friend, or perhaps are that friend ourselves, who turns as red as a tomato whenever drinks are served. While facial flushing is often associated with alcoholics, some people simply have a genetic mutation that renders them incredibly sensitive to even small amounts of alcohol.

When we drink alcohol, the ethanol content must be broken down in order to be flushed out of the body. One of the products of alcohol metabolism is called acetaldehyde, and it is extremely toxic. The enzyme aldehyde dehydrogenase 2, coded for by the ALDH2 gene, plays an important role in breaking down the acetaldehyde before it begins to build up in the body, but for about 8% of the population, the ALDH2 gene is mutated. The mutated ALDH2 enzyme cannot efficiently break down acetaldehyde, which builds up very quickly as alcohol is metabolized. This causes the blood vessels in a person’s face to dilate, causing a red flush soon after imbibing in alcohol. The facial flushing does not pose a direct danger to the affected person, but symptoms such as nausea may accompany the redness, making drinking alcohol an uncomfortable experience. Some research also suggests that this mutation may be associated with increased risk of high blood pressure development.

A woman in Scotland baffled scientists when it was discovered that she did not feel pain or anxiety and had gone about 60 years into her life before realizing that this was not normal. After an operation on her hand that would typically cause discomfort caused her no pain, her doctors became aware of her seemingly pain-free life and referred her to a geneticist. The woman, named Jo Cameron, reported that she did not realize she was burning herself on a stove until she could smell the scent of burned flesh, and had actually found childbirth enjoyable. Analyzing her DNA revealed that her FAAH gene was suppressed and her FAAH-OUT pseudogene was missing information. The FAAH gene codes for a protein, fatty acid amide hydrolase, that normally breaks down anandamide in the body, a chemical that buffers pain and anxiety. For Jo Cameron, this anandamide is not broken down because she does not produce the FAAH protein, meaning she feels no pain, never worries, and never gets anxious. 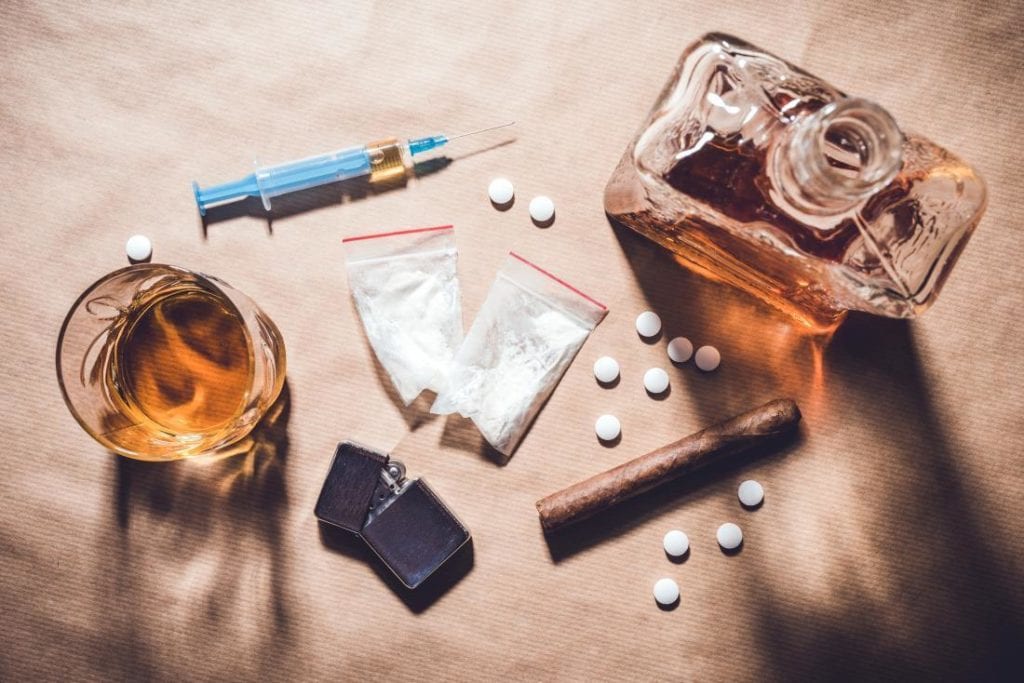 For the most part, addictions like alcoholism have not been exclusively linked to a specific gene mutation, but they may be linked to gene expression. Epigenetics is an interesting field of study that is concerned with external modifications to genes. Rather than an error in the DNA code itself, epigenetics suggests that outside influences can alter how our cellular machinery is able to read a gene in order to build proteins and other chemicals. For example, DNA methylation is the addition of methyl groups to part of a DNA sequence, and the presence of methyl groups on DNA can block the genes on that DNA segment from being expressed. Therefore, even though the gene itself has no errors or mutations, this methylation can interfere with the function of the gene. Studies suggest that alcohol exposure can alter gene expression associated with the neuronal circuits in the amygdala and other regions of the brain, such as those involved with behaviors like dependence and tolerance. There have also been studies linking epigenetic changes and their pattern of inheritance in offspring. Essentially, if a parent is an alcoholic and experiences epigenetic changes to their gene expression as an effect of ethanol exposure, it is possible for those epigenetic changes to be passed down to their offspring. As a result, the children of addicts may be predisposed to their parent’s addictions. 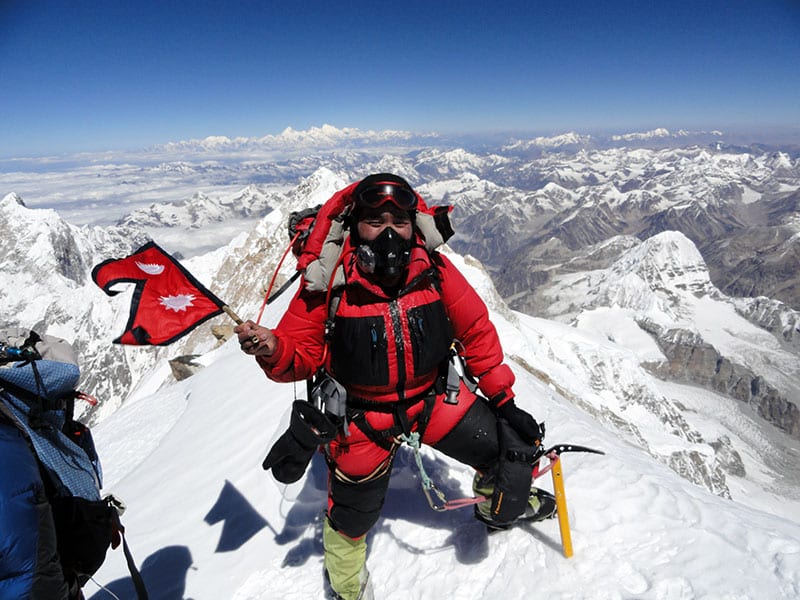 When climbing a mountain like Everest, it is often recommended to bring along a Sherpa as a guide, and for good reason. Sherpas, or members of the ethnic group native to the mountainous regions of Nepal and the Himalayas, are often genetically predisposed to function far better than the rest of us at high altitudes. Hypoxia, a fall in tissue oxygen levels, is a very serious concern when mountain climbing due to the lower levels of oxygen as you ascend higher, and it can lead to nausea, delusion and death. Although not completely immune to the effects of high altitude on the body, Sherpas have historically lived at higher altitudes and have adapted to the low-oxygen environment in some pretty incredible ways. There are numerous genetic variants commonly found in the Sherpa population that help them to thrive better than us ordinary sea level folk do way up in the mountains. One of these variants is found in the EPAS1 gene.

The EPAS1 gene regulates hemoglobin production in low oxygen environments. Hemoglobin is the protein in red blood cells that carries oxygen to tissues and carbon dioxide away from tissues. The mutated EPAS1 gene found in Sherpas regulates their body’s response to high altitude by allowing them to maintain the same hemoglobin levels at high altitude as they would have at sea level. In contrast, a non-mutated EPAS1 gene at high altitude would lead to the excessive production of red blood cells. While having more red blood cells does increase the oxygen carrying capacity of the blood, it also leads to thicker blood and slower blood flow, which can result in serious mountain sickness, excessive strain on the heart, and hypoxia. 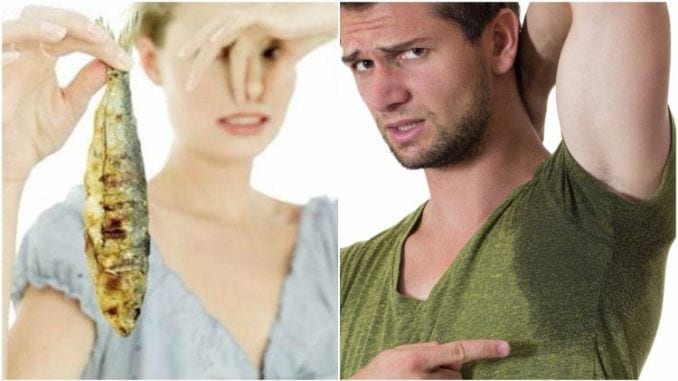 Trimethylamine is a very odorous chemical that has been described as smelling like rotting fish and garbage among other unpleasant things. The FMO3 gene codes for an enzyme that breaks down compounds like trimethylamine present in our diets to eliminate the strong smell, but for an unlucky few, this gene is mutated so that the enzyme is either completely missing or limited in activity. The result of this mutation is a disorder called trimethylaminuria, which is characterized by a very strong odor released in the sweat, urine or breath of an affected person. This odor comes from the build up of trimethylamine in the body due to the missing enzyme, and it can be an incredibly isolating disorder. Depression and social isolation are possible side effects of this unlucky mutation, often referred to as stale fish syndrome.

Men cheating on their partners has sometimes been blamed on a biological need to “spread their seed,” so to speak – in other words, having multiple partners makes it more likely that they will have many offspring, which is important for the survival and evolution of a species. In women, however, cheating is less of a biological necessity, as women are typically limited by their own capacity to carry a certain number of children rather than by a lack of multiple partners. Now, clearly this is a very narrow, scientific explanation of cheating behavior; it does not consider the fact that male partners may be infertile, and disregards everything other than the biological urge to reproduce (such as emotional intimacy or commitment). However, the basic concept is simply that women do not have a strong biological need to cheat on their partners – so why do they?

Well, clearly there are many reasons why, but what you may not have considered is that some women are actually predisposed to cheat because of mutated genes. Specifically, a large study on human mating behaviors found that mutations in the vasopressin receptor AVPR1A gene seem to be associated with infidelity in women, but not in men. Vasopressin is a hormone that plays an important role in bonding between partners, as well as in sexual motivation, or the desire to engage in sexual acts. Essentially, mutations in this gene may affect how a female responds to vasopressin, and therefore, how they connect emotionally with their partners, and how drawn they are to look for sex outside of their relationship. As this is a genetic mutation, it may also be passed down to a cheater’s offspring, giving them the same predisposition as their parent. More research needs to be done to confirm these findings (or potentially disprove them), but these results are promising in that they provide a biological reason why some women may be attracted to the idea of infidelity – it’s simply in their genes.