The Simpsons first appeared in its current format in 1989. Since then it has become hugely successful and is the longest running US sitcom. It would never have lasted so long if it did not have some of the funniest writing on TV. While fans debate whether the series has gone down hill in recent series, I think we can all agree that it has given some great laugh-out-loud quotes. Here are twenty of the best. 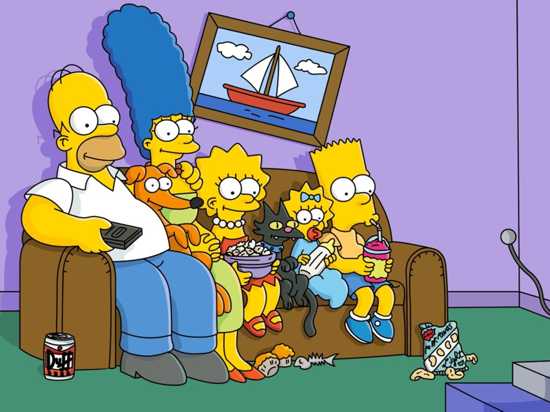 Bart: I don’t want a new dog. I want Santa’s Little Helper!
Homer: Well, crying isn’t gonna bring him back, unless your tears smell like dog food. So you can either sit there crying and eating can after can of dog food until your tears smell enough like dog food to make your dog come back or you can go out there and find your dog… Rats, I almost had him eating dog food.

Groundskeeper Willie: It won’t last. Brothers and sisters are natural enemies! Like Englishmen and Scots! Or Welshmen and Scots! Or Japanese and Scots! Or Scots and other Scots! Damn Scots! They ruined Scotland!
Principal Skinner: You Scots sure are a contentious people.
Willie: You just made an enemy for life!

Mr. Burns: Oooh, so Mother Nature needs a favor?! Well maybe she should have thought of that when she was besetting us with droughts and floods and poison monkeys! Nature started the fight for survival, and now she wants to quit because she’s losing. Well I say ‘hard cheese.’

Grandpa: Metric system is the tool of the devil! My car gets forty rods to the hogs-head and that’s the way I likes it! (In real terms, that’s 0.8m per litre.)

Homer: Weaseling out of things is important to learn. It’s what separates us from the animals … except the weasel. 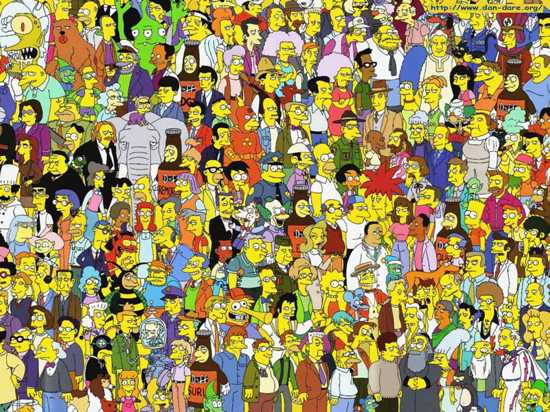 Homer: Kids, you tried your best and you failed miserably. The lesson is: never try.

Homer: I’m normally not a praying man, but if you’re up there, please save me, Superman.

Homer: Books are useless! I only ever read one book, “To Kill a Mockingbird,” and it gave me absolutely no insight on how to kill mockingbirds! Sure it taught me not to judge a man by the color of his skin… but what good does that do me?

Mr. Burns: I’ll keep it short and sweet. Family. Religion. Friendship. These are the three demons you must slay if you wish to succeed in business. When opportunity knocks, you don’t want to be driving to a maternity hospital or sitting in some phony-baloney church. [Narrows eyes] Or synagogue.

Kent Brockman: Things aren’t as happy as they used to be down here at the unemployment office. Joblessness is no longer just for philosophy majors. Useful people are starting to feel the pinch. 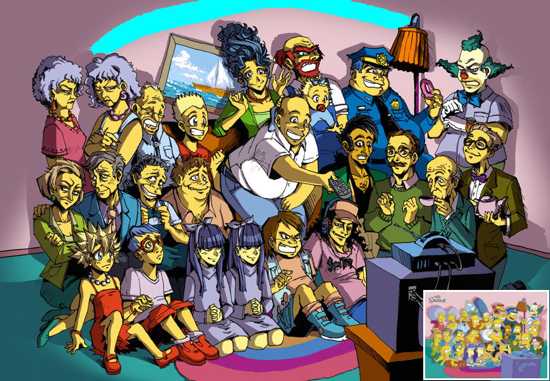 Sideshow Bob: Your guilty consciences may make you vote Democratic, but secretly you all yearn for a Republican president to lower taxes, brutalize criminals, and rule you like a king!

Homer: Now son, on your first day of school, I’d like to pass along the words of advice my father gave me. [Thinks of Grandpa’s advice]
Young Grandpa: Homer, you’re as dumb as a mule and twice as ugly. If a strange man offers you a ride, I say take it!
Homer: Lousy traumatic childhood.

Marge: Well, did you call one of your friends?
Lisa: Hah! These are my only friends [Holds up books]: grown up nerds like Gore Vidal, and even he’s kissed more boys than I ever will.
Marge: Girls, Lisa. Boys kiss girls.

Rev. Lovejoy: [preaching against the Movementarians] This so called “new religion” is nothing more than a bunch of weird rituals designed to take away the money of fools. Now, let’s say the Lord’s Prayer 40 times, but first let’s pass the collection plate.

Skinner: And, for the first time ever, our computer lab actually has a computer in it.
[Ralph is sitting at their newly installed computer]
Ralph: Hi, Lisa! Hi, Super Nintendo Chalmers! [He types “cat,” which prompts a “meow” sound from the computer] I’m learn-ding. 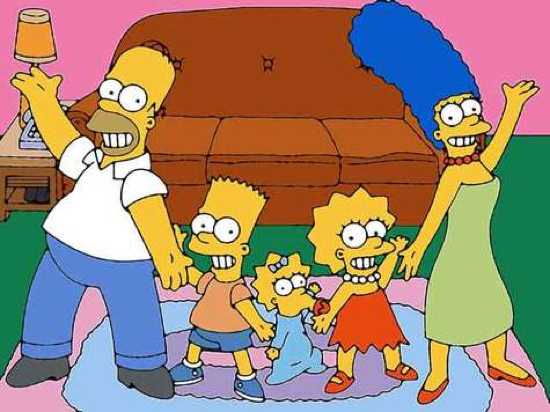 Lisa: Do we have any food that wasn’t brutally slaughtered?
Homer: Well I think the veal died of loneliness.

Homer: You’ll have to speak up, I’m wearing a towel.

Homer: I have three kids and no money. Why can’t I have no kids and three money?

Homer: Alcohol, the cause of, and the solution to, all of life’s problems.