As John Stuart Mill, a man not exactly lacking in eccentricity, said “Eccentricity has always abounded when and where strength of character had abounded; and the amount of eccentricity in a society has generally been proportional to the amount of genius, mental vigor, and courage which it contained.” Every nation has its share of colorful eccentrics but this list focuses on the British. Britain has a special love for its eccentrics, which may explain why it has bred so many. 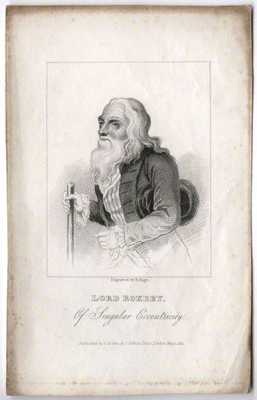 The mark of an eccentric is often the enthusiasm they have for a certain personal belief. Matthew Robinson, 2nd Baron Rokeby, developed a fondness for all things watery. At a time when drinking water could be somewhat risky due to waterborne disease most people drank alcoholic beverages, Rokeby drank only water or beef tea. Each day he would walk to the beach and swim in the sea until exhausted. While Lord Rokeby would walk he was followed by a carriage and servants. Often he would swim to the point of collapse and have to be dragged from the sea. The risks of his obsession with the sea finally convinced him to construct a swimming pool on his estate. While wallowing for hours in the water he would often be accompanied by a joint of roast veal floating alongside him from which he would snatch bites. Rokeby’s unusual aquatic lifestyle seemingly did him no harm however as he lived to be 88 years-old. 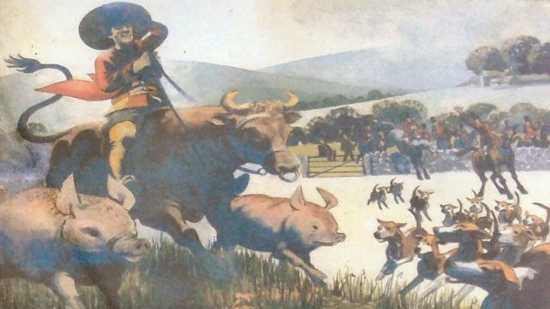 Jemmy Hirst of Rawcliffe, Yorkshire, gained fame from his eccentric habits. From a young age he had a fascination with animals and training them. At school he was trailed by a pet hedgehog and tame jackdaw. According to local legend his eccentricity exploded after the untimely death of his fiancé. Hirst then set his mind to training his most famous animal; Jupiter the Bull. Jupiter was trained to act like a horse, Hirst even rode him in hunts using pigs instead of hounds. Jupiter also pulled Hirst’s coach. This coach was shaped like an onion and made from wicker. When George III heard of Hirst he invited him down to London. The king was much impressed by Hirst, who wore his brightest clothes for the event, and gave Hirst several bottles of wine. Hirst died at the age of 91. 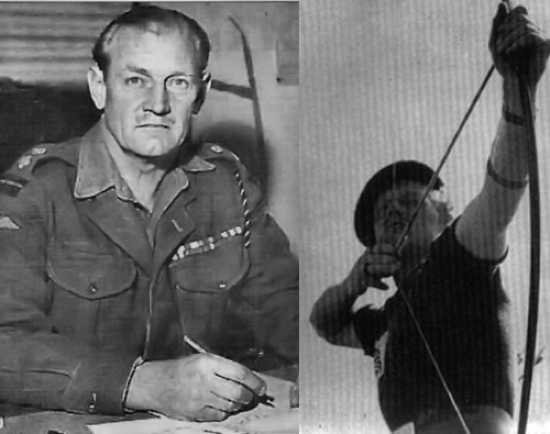 Churchill is famous for having gone through World War II armed with a bow and Scottish broadsword. He is famous for having said “In my opinion, sir, any officer who goes into action without his sword is improperly dressed.” Despite his somewhat eccentric ideas about battledress, Churchill was a great success in the war, leading guerrilla style raids on the Germans. On the island of Brac when his team was killed and he ran out of ammo, Churchill stood his ground while playing lamentations on his bagpipes, which he also took into battle. Churchill survived the war after escaping from a German war camp. 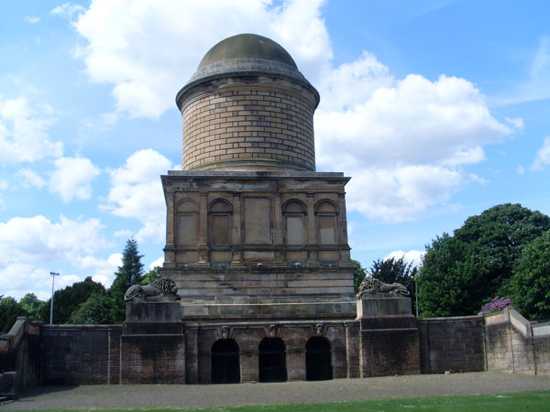 It would take some time to list the Duke’s full titles as he was also the Duke of Brandon, a Marquess, held three Earldoms, and a handful of Baronetcies. The Duke was obsessed with his lineage and the importance of his birth. When his successes failed to live up to his expectations he began to plan for his death. This led to the Duke constructing a mausoleum 120ft high. Having outbid the British museum, he purchased an Egyptian sarcophagus, in which he planned to be buried. Unfortunately the Duke had purchased a sarcophagus made for a princess. The Duke was rather taller than the average princess and became concerned that he would not fit into the coffin. We would lay in the sarcophagus from time to time to convince himself he would fit in it. On his death bed he was still concerned that his body was too large and instructed his family to ‘double him up’ to make him fit. Unfortunately he was still too large and his feet had to be removed prior to burial. 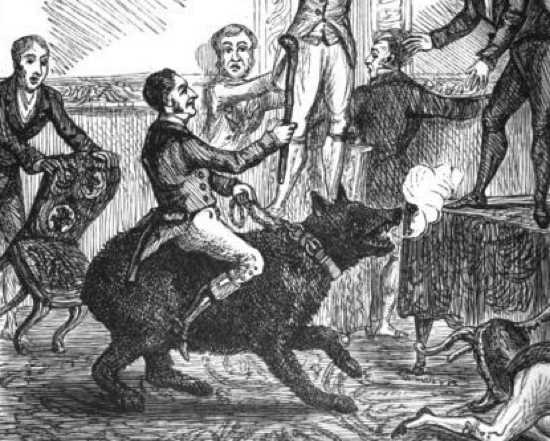 The second Mad Jack of the list was a Regency gentleman known for his extreme spending. When he went up to Cambridge University Mytton took two thousand bottles of port to aid his studies. Academics bored him and so he left to tour Europe. After a period in the military he decided to try his hand at politics. He persuaded voters to support him by wearing a hat with ten pound notes attached which they were encouraged to snatch. He spent a fortune to win his seat yet had one of the least distinguished parliamentary careers of all time. He attended one meeting, found the chamber hot and uncomfortable, so left after thirty minutes and never returned. A noted prankster, Mytton would replace his vicar’s sermon with pages from a sporting paper. He once rode a bear into a dining room. He kept two thousand hounds for hunting. Mytton spent his way through a considerable fortune living in his lavish and eccentric style and died a debtor. 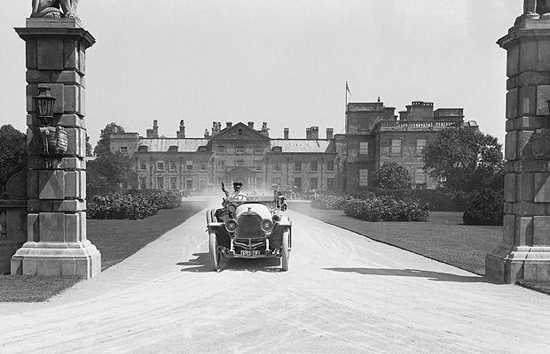 A recluse, Cavendish spent the last part of his life living in private on the family estate of Welbeck Abbey. Previously a fairly public person Cavendish undertook vast building programmes, most of them underground, that he could enjoy in solitude. When Cavendish died there were thousands of men at work on these underground projects. Welbeck Abbey boasted one of the largest ballrooms in England, also underground, and capable of hosting thousands. No one but the Duke was ever invited. Servants who met the Duke in their work were instructed to ignore him totally, anyone acknowledging him was sacked. He preferred to stay in his bedroom, where food would be passed to him through a slot in the door. 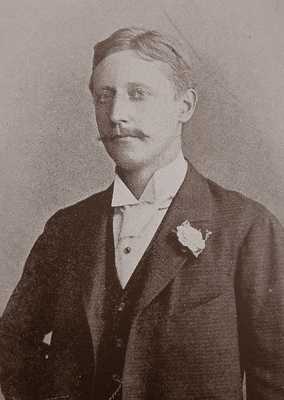 Sir George was not only eccentric himself but also the father of eccentrics; Edith Sitwell was his daughter. A sign at the family house warned guests:

“I must ask anyone entering the house never to contradict me or differ from me in any way, as it interferes with the functioning of my gastric juices and prevents my sleeping at night.”

Sir George was an inventor. He created a miniature pistol for shooting wasps out of the air. A further invention was a musical toothbrush. His greatest invention was an egg, made of smoked meat and rice and covered in chemical lime for travelers to carry with them. None of his inventions ever took off.
Sir George was a keen medievalist and liked to keep his home in the style of the 14th century. While tolerable at home this led to problems for his children. He tried to pay school fees in produce from his farm and gave them pocket money calculated from 14th century currency. 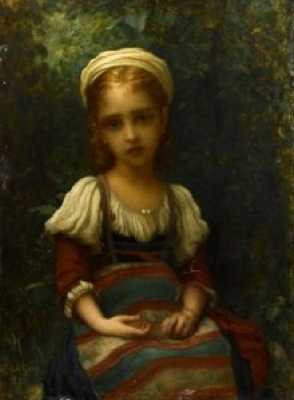 Helena was born in a wealthy and noble English family. She had a short marriage with the Duc de Mouchy. She had no children of her own but at the age of forty she saw a portrait of a young girl with which she became enamored. When she found the portrait had already been sold she set out to buy the girl who was the model of the portrait. The adopted girl was then raised by Helena’s unique educational strategy. Clothing had to be loose so as not to constrict circulation. The school pond had to be drained to remove any possible source of infection and she was convinced that methane was key to health. For this herds of cows were to be kept near to provide a healthy dose of methane. A life long innovator in health matters she supported herself in her final years on a diet of milk, champagne, and methane. 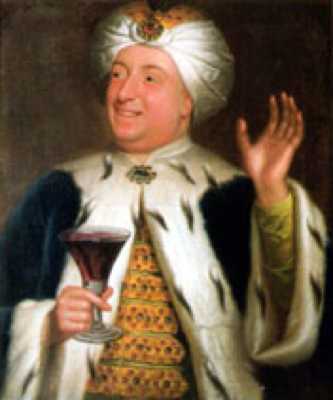 Sir Francis was a well-known figure of the 18th century. He held the rank Chancellor of the Exchequer. Today he is best known as the founder of the Hellfire Club. This group of fun-loving gentlemen met in the caves Dashwood had excavated in Wycombe (which can be visited today). His house bore the Latin motto ‘Peno Tento Non Penitento’ – ‘I feel my penis, not penitent.’ It is not known exactly what happened at meetings of the Hellfire Club but once, during a mock Satanic ritual, Dashwood released a baboon dressed as the devil. One member of the club collapsed in tears begging for the devil to spare him. One visitor to Dashwood’s estate was Ben Franklin, who enjoyed strolling around the gardens in the nude. 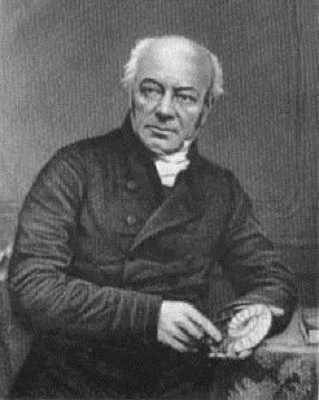 William Buckland is a noted geologist and zoophage – he ate animals. This is not in the way you or I might eat animals, Buckland sought out new animals to eat. His son, influenced by his father’s eating habits, helped found a society with the express idea of introducing new animals for the purpose of adding variety to our diets. Buckland ate mice and moles, crocodiles and crickets. He once heard a leopard had died at a zoo and, determined to taste it, had the animal exhumed. The worst food he ate was, according to him, blue bottle flies. His appetite was not limited to animals however.

“Talk of strange relics led to mention of the heart of a French King preserved at Nuneham in a silver casket. Dr. Buckland, whilst looking at it, exclaimed, ‘I have eaten many strange things, but have never eaten the heart of a king before,’ and, before anyone could hinder him, he had gobbled it up, and the precious relic was lost for ever.”