Many people are entertained by crime fiction, whether in movies, TV shows, or books. Ever wonder how crime writers come up with all those new plotlines, especially the really strange ones?

Some of it may come from their imaginations. But if crime writers are struggling for new plotlines, they should look no further than real life for their inspiration. The following are news stories from the UK as well as cautionary tales of desperation, rage, jealousy, hatred, and greed. 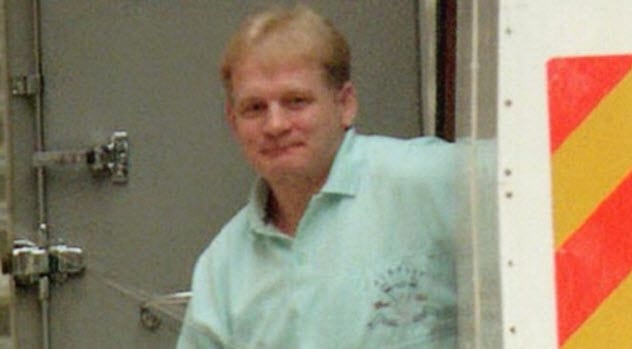 In June 1988, Marie Wilks was 22 and pregnant with her second child when she took a road trip with her baby son and 11-year-old sister. They had been to visit her husband at an army training camp.

As an inexperienced driver, Marie soon became lost and ended up on the busy M50 motorway. Disaster struck when her car broke down. Marie was forced to leave the two children in the car and walk along the busy road to find an emergency phone. She made it to the phone and spoke to an operator who tried to contact relatives for her.

Suddenly, the only sound the operator could hear was the distant roar of traffic. Marie had simply vanished. Later, a police car spotted her young sister wandering along the dark road with a baby in her arms. The girl was desperately searching for Marie.

The roadside phone was found splashed with blood, the receiver dangling by its cord. Marie’s body was found in a nearby woodland. She had been beaten and stabbed to death.

Former soldier Edward Browning had been driving in the area following a row with his pregnant wife. Browning was arrested and found guilty of the murder. Five years later, he was freed after lawyers claimed at trial that police had hidden evidence. He received £600,000 in compensation.

In May 2018, Browning was found dead at his home. The murder of Marie Wilks remains unsolved.[1] 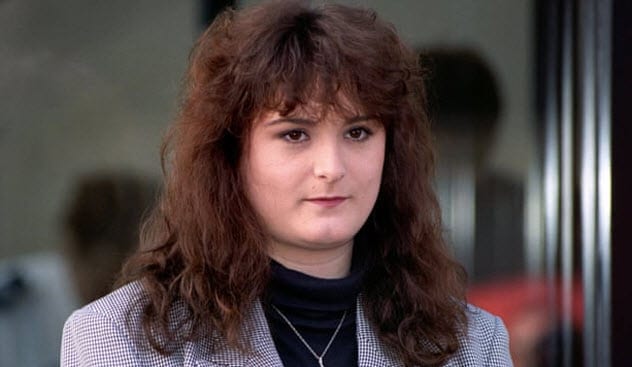 In 1992, estate agent Stephanie Slater went to show client Michael Sams around a remote property. She was kidnapped and taken to an empty warehouse. Stephanie was handcuffed, gagged, blindfolded, and put in a coffin inside a bin with electrodes placed on her leg. Too terrified to move, she was held for eight days until her employer paid a ransom of £175,000.

Sams was caught when his third wife recognized his voice from a recording on a TV appeal. He was convicted of the kidnapping and also the 1991 murder of Julie Dart. Julie had also been kidnapped and held in a coffin before he brutally killed her.

Sams spent his time in jail trying to sue the prison after they lost his artificial leg and gave him a bed that he found too hard.

Stephanie wrote a book, Beyond Fear: My Will to Survive, and worked with police and charities to help victims. She died in 2017 at age 50, and tributes were paid to her courage and compassion.[2] 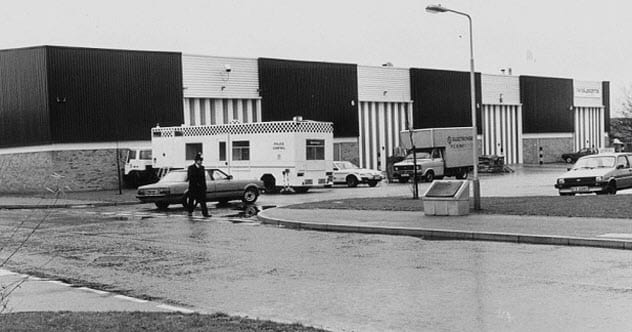 On November 26, 1983, six armed men broke into Brink’s-Mat warehouse near Heathrow Airport. They had been planning a cash raid but instead found nearly £28 million worth of gold bullion. Although the gang escaped, they had to melt down the gold to sell. They recruited career criminal Kenneth Noye who had made a fortune smuggling gold and owned smelting equipment.

The police were alerted following a tip that he had gold bars hidden under tiles in his swimming pool. They began covert surveillance at his country mansion. Alerted by his barking dogs, Noye found police officer John Fordham in the unlit garden and stabbed him to death.

After a search, police found gold bars and a book left open to a page about the robbery. The stereo was timed to play “Goldfinger” (sung by Shirley Bassey) every time the door opened. Noye pleaded self-defense and was cleared of the policeman’s murder.

In 1986, he was jailed for his part in the Brink’s-Mat robbery. On release, he resumed his life of crime, this time importing drugs.

In 1996, Stephen Cameron was driving along the M25 motorway when Noye swerved into him. The two men pulled over, an argument flared, and Noye fatally stabbed Cameron. A manhunt was launched as Noye fled to Spain. The only witness was the victim’s young fiancee who was flown out in secret to identify Noye. She entered the witness protection program and remains there to this day.

A second witness to the murder, Alan Decabral, gave evidence at trial and Noye was found guilty. Later, Decabral was sitting in his car when a gunman killed him with a single shot to the head. Police described it as a classic gangland execution. 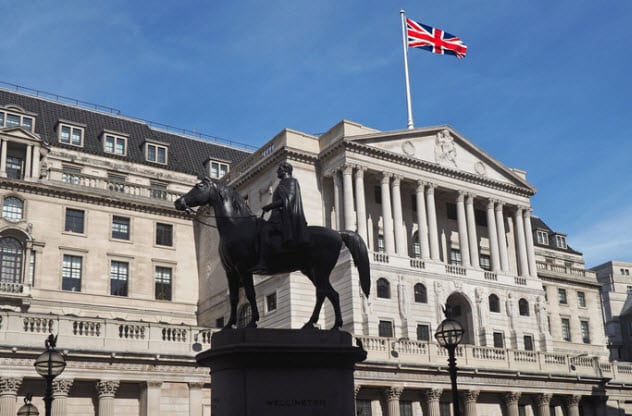 What happens when cash gets old and damaged?

In the UK, the Bank of England recalls it to a depot in Essex where it is kept locked in cages before being burned. In 1994, workers Christine Gibson, Michael Nairne, and Kenneth Longman hatched a plan to switch locks and remove cash while fellow worker Kevin Winwright distracted guards.

They stuffed notes inside their clothing and walked out carrying thousands. Incredibly, this continued for four years. The cash was spent on cars and lavish holidays.

One day, Gibson’s husband walked into his local bank and emptied a bag of £100,000 in cash on the counter and asked to make a deposit. When Nairne went to the same branch with £30,000, the staff alerted police. Nairne claimed that he had found the notes hidden behind his dead father’s stove.

Only Kevin Winwright was jailed after admitting guilt. The others refused to talk, and with little evidence, they walked free. The judge ordered each to repay their share for a total of £600,000. It took about 25 years, but the money was slowly repaid. The house always wins.[4] 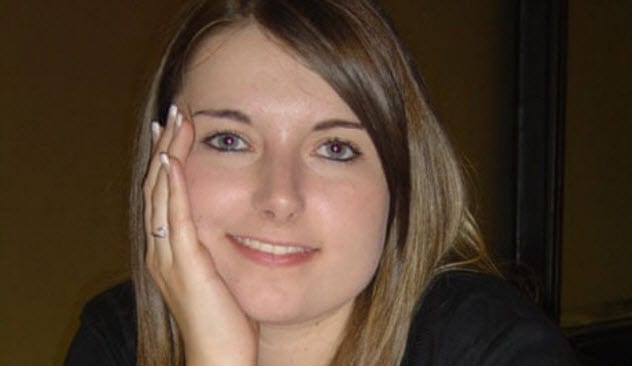 Catherine Wells-Burr was a brilliant student who went to work as a business analyst at a factory. There, she met Rafal Nowak. They appeared to be the perfect couple and bought a home together. However, Nowak hid a dark past. After an assault charge on his wife, he had fled his native Poland and left his teenage son.

Nowak had a secret lover named Anna Lagwinowicz. Motivated by greed, the evil pair plotted to kill Catherine to claim her life insurance money and sell the house. They spent months using various mobile phones to create fake dating profiles with Catherine’s image. Texts were sent from an imaginary male lover to set the scene.[5]

Lagwinowicz’s uncle Tadevsz Dmytryszyn was brought in to help with the murder. Nowak smothered the unsuspecting Catherine and then calmly went to work as usual, which provided him with an alibi. Lagwinowicz and Dmytryszyn placed Catherine’s body in her car, drove a short way, and then set fire to the vehicle.

Nowak showed no emotion when Catherine’s remains were found. He was arrested that day, and the vile plot was exposed. All three were found guilty. On June 10, 2013, they were sentenced to life imprisonment. 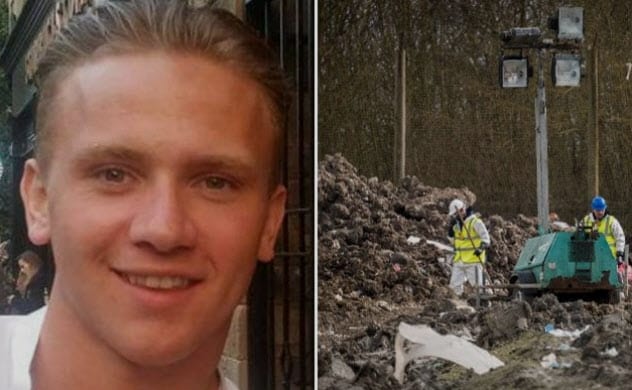 Corrie McKeague, a 23-year-old RAF airman, was on a night out in Bury St. Edmunds, Suffolk. At 1:20 AM on CCTV, he was seen alone, walking unsteadily through the empty streets. He slept for an hour in a doorway. At 3:25 AM, he was seen walking into a loading area behind shops known as the Horseshoe. He was never seen again.

There is only one way into the Horseshoe, and it has no CCTV. The only clue came from his mobile phone signal, which was 19 kilometers (12 mi) away. By 8:00 AM, it matched the movements of a bin lorry that had left the Horseshoe earlier.[6]

His family insisted that he would never climb into a bin, and police believe that the weight of his body would have alerted the driver. The local rubbish site was searched, but no trace was found. Corrie remains missing. 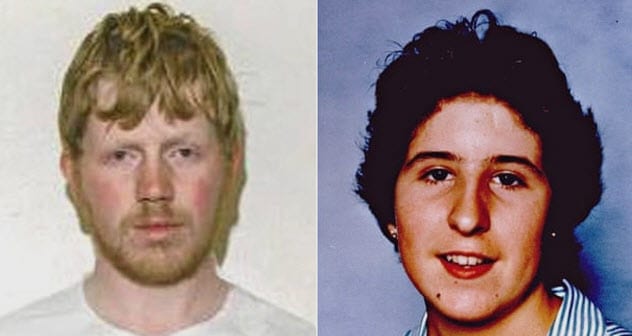 In January 1993, Claire Tiltman was a 16-year-old from Dartford, Kent. While returning from a friend’s house one night, she took a shortcut through an unlit alley. Claire was attacked from behind and stabbed to death. Witnesses saw a figure in a beige jacket running from the scene.

Colin Ash-Smith was a loner who lived with his mother, a local politician who later became mayor. He wore a beige jacket. But when police questioned him, his mother gave him a false alibi.

Ash-Smith was leading a secret life of stalking and attacking women. In 1995, he struck again. This time, his victim survived and he was jailed. In prison, he confessed to Claire’s murder. Police sent Forensics to his home, but the beige jacket that witnesses recalled had vanished.

Police examined photos taken at Claire’s funeral and found a blurry shot of Ash-Smith lurking in the background and wearing the same beige jacket he had worn to commit the murder.

In December 2014, Ash-Smith was sentenced to life. While clutching a photo of Claire’s deceased parents, her friends gathered in court to see justice served after 20 years.[7] 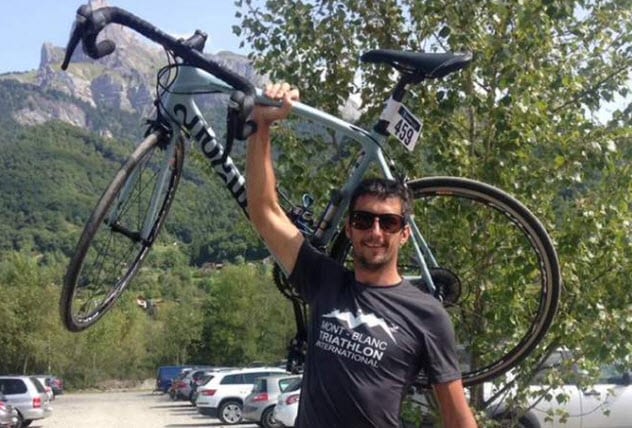 Marc Sutton was a vegetarian chef living in the French Alps. While cycling in the mountains, he was killed by a single shot fired by nearby hunters. They had thought he was a deer. A Facebook message appeared stating:

“I hope you rot in hell. For any horrified people reading this, I’m not some vicious troll. I’m the woman who gave birth to him.”

Sutton’s mother went on to claim that he had repeatedly raped his sister as a child. She continued: 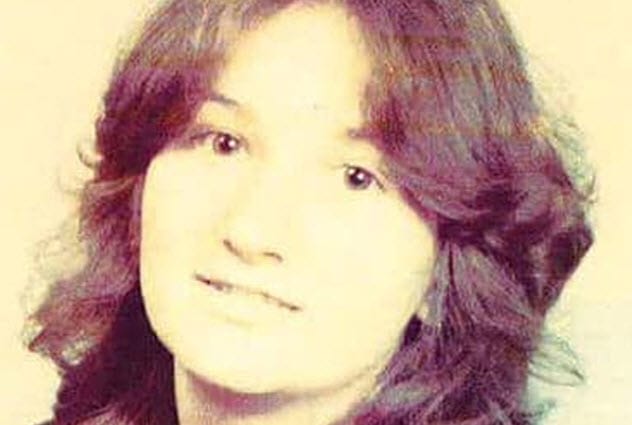 In 1988, 26-year-old Debbie Linsley boarded the 2:16 PM train to London from Petts Wood. Back then, most British trains had single six-seat compartments with no corridor.

The train pulled into Platform 2, Victoria Station, and Debbie was found dead with five stab wounds. She had had enough time to smoke two cigarettes and eat part of a sandwich before being attacked.[9]

A passenger later claimed to hear a woman’s screams. There was no murder weapon, and DNA has failed to find a match. Debbie’s murder led to the end of single compartments on trains due to public concerns over women’s safety. 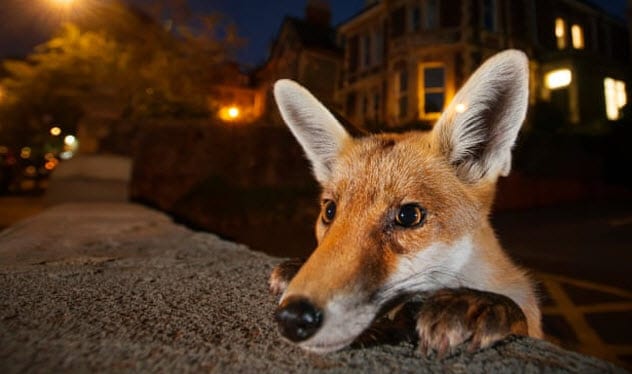 Since 2014, more than 400 cats have been found dead in and around Croydon near London. They have been mutilated—some with missing tails and some decapitated. Owners have found heads and other body parts dumped on their doorsteps and neatly lined up on garden walls. As the death toll rose, police blamed foxes.

A vet examined the corpse of a headless cat and claimed that a knife made the cut. Some people feared satanic rituals or the early work of a serial killer. The police have now concluded that the deaths were due to road accidents and scavenging by wild animals. Grief-stricken pet owners still disagree.[10]

I am a budding writer just starting out. Main interests are true crime and the darker side of society. Avid list reader and maker.