First broadcast on November 23rd 1963, the day after the assassination of President Kennedy, the British science-fiction show Doctor Who has become one of the most loved TV shows of all time. Holding the record for the world’s longest running sci-fi show, Doctor Who’s popularity has grown worldwide. The show originally ran for 26 years before being put on hiatus, and then later revived for a TV movie in 1996 and then as a new series in 2005, which still runs to this day.

The show follows the mysterious alien known as “The Doctor,” who travels throughout time and space in his ship known as the TARDIS with companions, most commonly Earthlings, whom he picks up on his travels. He regularly faces all kinds of aliens and enemies, whom he prefers to outwit rather than use violence against. Throughout its run, Doctor Who has always been notable for producing some of the most inventive and frightening monsters and villains ever shown on the small screen. Here’s a selection of ten of the very best. 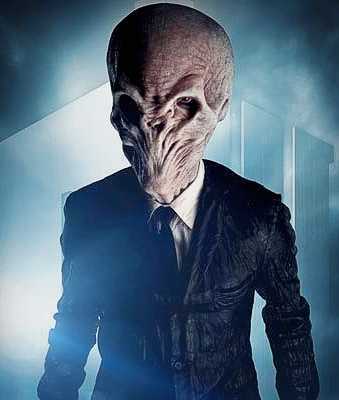 First encountered in the episodes “The Impossible Astronaut” / “Day of the Moon” (2011), the Silence are a religious order who are intent on killing the Doctor to prevent him answering the oldest question in the universe, Doctor Who? They believe silence must fall when this question is asked and have made a number attempts to destroy the Doctor, including rigging his TARDIS to explode.

Perhaps the most notable aspect of this particular monster is that they have been living alongside the human race for thousands of years and have the chilling ability of only being remembered when they are seen. This means as soon as you look away or turn your back, all knowledge of their existence is forgotten. On the request of President Nixon, the Doctor managed to defeat a group of them by splicing footage of a Silent saying “You should kill us all on sight” in amongst the broadcast of the first moon landing. This means the human race are driven to destroy any Silence they encounter, without even knowing it. 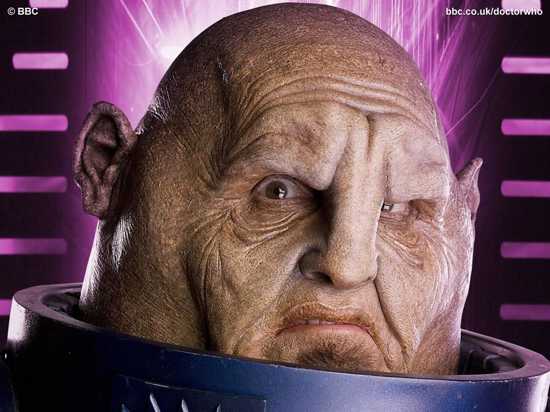 The Sontarans are a militaristic race whom the Doctor has encountered numerous times on his travels. Warfare is as the very heart of their culture, with every aspect of their lives devoted to battle, having been locked in a never-ending war against their sworn enemy, the Rutans, for hundreds of thousands of years. Along with their potato-like appearance, they are also noted for all looking very similar due to the Sontarans reproducing through means of cloning.

Their first appearance in the episode “The Time Warrior” (1973), saw a single Sontaran named Linx stranded on Earth during the Middle Ages and attempting to rebuild his crashed ship. Notable appearances since then have included “The Invasion of Time” (1978) in which the Sontarans successfully invaded the Doctor’s home planet of Gallifrey, and “The Sontaran Stratagem” / “The Poison Sky” (2008) in which they attempted to convert Earth into a clone breeding planet. 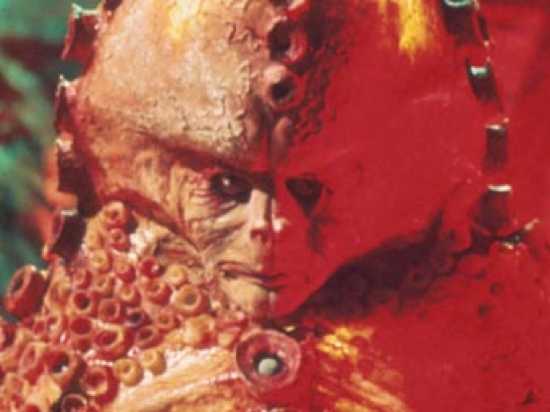 The Zygons are unique on this list as they have only ever made one official on-screen appearance in Doctor Who. Seen in 1975’s “Terror of the Zygons,” they are an alien race with shape-shifting abilities and are able to take the form of another living being. Their technology is organic is nature, meaning their ships and the equipment they use is actually alive. The 10th Doctor, David Tennant, has also stated that they are his favorite Doctor Who monsters.

In their first and only appearance in the TV show, the Doctor discovers a group of Zygons who have crashed their ship into Loch Ness in the Highlands of Scotland. Using an armored cyborg creature called the Skarasen, which becomes known in legend as the Loch Ness Monster, they plan to conquer the Earth following the destruction of their own home planet. 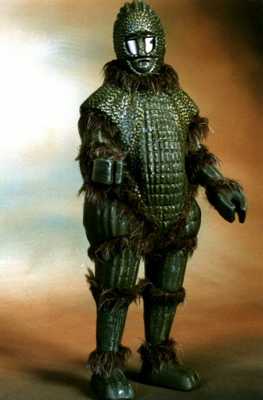 The Ice Warriors are an alien race of reptilian humanoids originating from the planet Mars. They are tall, speak in a drawn-out hiss and have scaly skin beneath their tough, shell-like armor. They were first encountered in “The Ice Warriors” (1967) in which they attempted to overthrow a scientific base on Earth during the dawn of a new ice age. Reappearing again in “The Seeds of Death” (1969), they attempted to alter the atmosphere of the Earth in order to make it hospitable to Martian life.

Although seen as a hostile race, when the Doctor faced them for the third time in “The Curse of Peladon” (1972), they claimed to have renounced violence and had become a peaceful race. Although not seen in the series since 1974’s “The Monster of Peladon,” the Ice Warriors remain popular Doctor Who monsters and although reappearances on the show had been planned in the ’80s, this did not materialize. 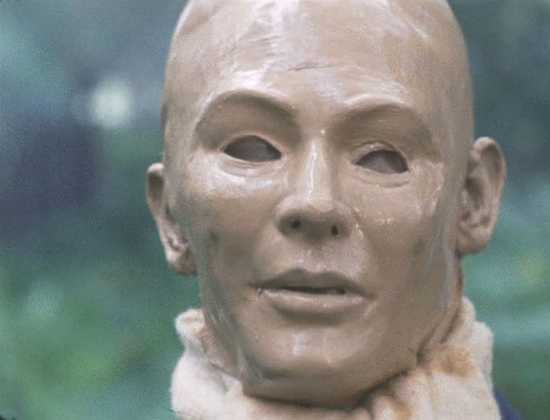 The Nestene Consciousness is a disembodied being of pure psychic energy. The Nestenes have been colonizing planets for billions of years, traveling in hollow plastic spheres. The Nestenes have the ability to control plastic and utilize this to aid their invasion of a planet, primarily creating living plastic dummies known as Autons.

In “Spearhead From Space” (1970), the Doctor encountered a Nestene invasion which planned to replace important people on Earth with Auton replicas and also saw Autons installed in place of shop window mannequins, which when activated would seek to kill civilians. In their next appearance, “Terror of the Autons” (1971), their ability to control plastic was further emphasized and this episode received heavy complaints at the time of broadcast for its scary content. One particularly disturbing scene saw the Doctor peeling off the false face of a police officer to reveal the blank plastic face of an Auton underneath. Further appearances were made in the first episode of the revived series, “Rose” (2005), and a brief but important appearance in “The Pandorica Opens” / “The Big Bang” (2010). 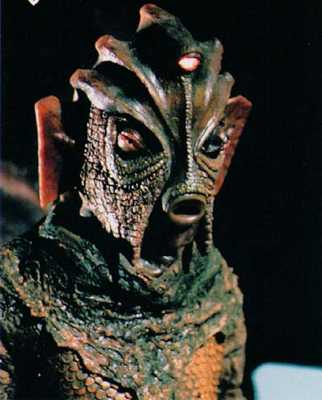 First appearing in the series in 1970, the Silurians are a race of technologically advanced humanoid reptiles. Once rulers of the Earth during prehistoric times, their scientists predicted a collision with a large planet which led them to go into hibernation beneath the Earth’s surface. This event instead transpired to be the moon coming into the Earth’s orbit and faults with Silurian technology meant that they were never awoken. In their first appearance, the Doctor encounters a group of Silurians who planned on reclaiming the Earth after being awoken by the energy from a nearby nuclear power plant. A different branch of the Silurian family later appeared in “The Hungry Earth” / “Cold Blood” (2010) where they had been disturbed by a deep Earth drilling project.

Genetic cousins of the Silurians, dubbed the “Sea Devils” due to their amphibious nature, were introduced to the series in 1971. In this appearance they are awoken by another of the Doctor’s enemies, the Master, and persuaded to try and reclaim the Earth. Both the Silurians and the Sea Devils later appeared together in “Warriors of the Deep” (1983), where they attempted to provoke nuclear war on Earth between two superpowers. 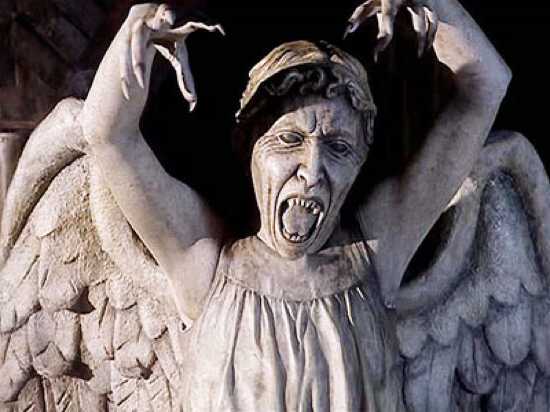 Although only first appearing in 2007’s “Blink,” the Angels have quickly established themselves as one of Doctor Who’s most popular and most terrifying monsters. The Weeping Angels are an ancient race which date back to the beginning of the universe. They can move silently and very quickly, however only when they go unseen. Upon being observed by another life form, the Angels become “quantum-locked” and are frozen as indestructible stone statues which can only move again once their observer looks away… or blinks. This also means that if two Angels gaze upon each other, they would be both frozen forever and so they often cover their eyes with their hands, giving them the appearance of a “weeping angel.”

The Angels dispose of their victims by zapping them through time into the past and feeding off of the potential time energy, however they have also been seen to snap the necks of their victims if they are seeking an even greater source of energy. As seen in “The Time of Angels” / “Flesh and Stone” (2010), they can also project themselves through anything which holds an image of a Weeping Angel which was seen when a real Angel began to emerge from a monitor showing security footage of it. 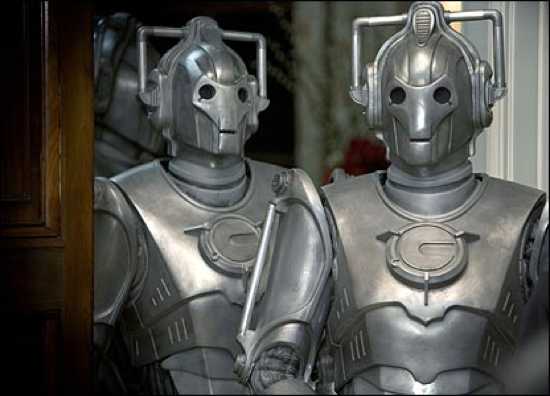 First appearing in “The Tenth Planet” (1966), the last episode to feature William Hartnell as the Doctor, the Cybermen have gone on to become one of Doctor Who’s most popular monsters. Originating from Earth’s twin planet, Mondas, the Cybermen are a product of a race wishing to strengthen and enhance themselves using cybernetic means. After purging all emotion and augmenting their bodies with robotic parts, the Cybermen were born. Despite these attempts to upgrade themselves beyond their natural humanoid form, they are susceptible to a number of weaknesses, most notably the element gold which as a non-corrosive material chokes their respiratory systems. They went on to encounter the Doctor numerous times over the years.

An alternative origin story was introduced when the Cybermen reappeared in the series in 2006, apparently creating two separate races. These Cybermen were from Earth in a parallel universe and created by evil genius John Lumic, head of Cybus Industries. Much like the Cybermen from Mondas, Lumic believed that the people of earth must be “upgraded” and all emotional and physical weaknesses removed. 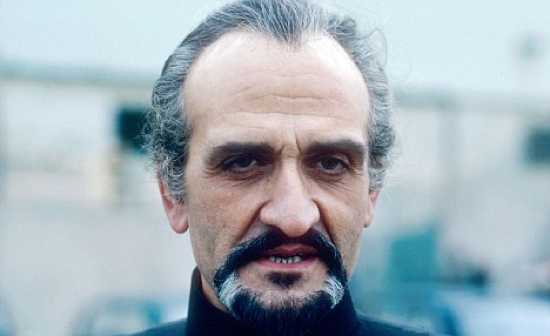 The Master is a Time Lord, the same alien race as the Doctor, and acts as a Moriarty figure in the series and is very much the Doctor’s equal, matching him in intellect. However unlike the Doctor, he is utterly malevolent and has ambitions to conquer the universe. He first appeared in “Terror of the Autons” (1971) where he sided with the Nestenes in a plot to invade Earth, and has frequently threatened the existence of Earth and the rest of the universe. He has also teamed with a number of the Doctor’s adversaries, such as the Sea Devils, the Daleks and fellow renegade Time Lord, the Rani.

The Master returned to the show in 2007, where he managed to be elected as Prime Minister of the United Kingdom under the alias Harold Saxon. With this position of power, he managed to take over the Earth using a “paradox machine” which he created after stealing the Doctor’s TARDIS. He returned in “The End of Time” (2009) and again targeted Earth, managing to use a machine to transform the human race into his image. 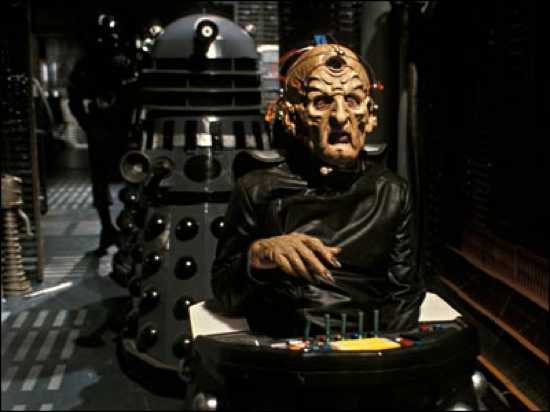 The Daleks are Doctor Who’s most iconic monsters and their popularity has been key to the show’s success. Created by writer Terry Nation and inspired by the Nazis, they were first introduced in the second episode in 1963 and were an instant hit with the public. Although the Daleks have a robotic exterior casing, inside is a living creature which has mutated from an alien race known as the Kaleds after a long nuclear war with an opposing race called the Thals. The Daleks were made by Davros, the chief Kaled scientist, who modified the creatures to believe that all other races were inferior and they soon became hell-bent on ruling the Universe. Various plots have included their attempt to conquer the Earth in “The Dalek Invasion of Earth” (1964) and their effort to destroy all of reality in “The Stolen Earth” / “Journey’s End” (2008)

Upon their return in the revived series, it was revealed the Daleks had managed to destroy the Doctor’s home planet of Gallifrey in a mighty battle known as the Time War. The entire Time Lord race was wiped out except from the Doctor, and later the Master, and only a handful of Daleks survived. However, the Daleks managed to rebuild their empire and continue to wreak terror over the whole of creation.