Rhetoric is only as potent as its source material – this is why any allusion to the Salem Witch Trials of 1692 is so effective. What comes immediately to mind is the hideous and completely unfound legal proceedings – based mostly on superstition, irrational paranoia, Puritanism-fueled mass hysteria, and deception–which resulted in 19 wrongful executions, each one hanged, burned, or drowned for some ill-fated finger-pointing. The imagery evoked is just as barbaric and painful as the means by which these accused “witches” were tried and ultimately “proven” guilty. (In actuality, most of the “afflicted” were just suffering from some mental illness medical science hadn’t quite caught up to at the time, “evil” being amongst the worst know epidemics.) Here are ten ways their verdict was ascertained: 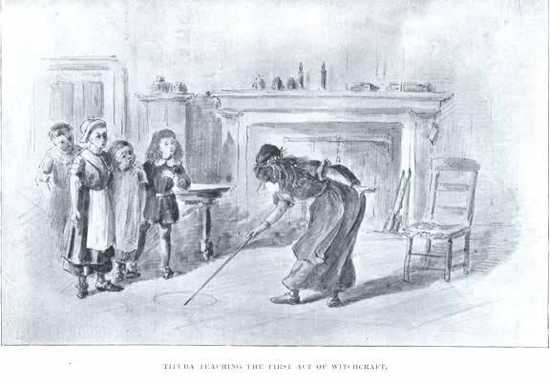 In this voodoo-inspired test, the ingredients of said cake were rye meal… and urine from the girls said to be afflicted by the witch’s evil incantations. The test had dogs eat this cake, after which the alleged witch should scream out in pain – for in the process of her cursing the victims, she sent invisible particles of herself (the embodiment of pure evil, that is), which would show up in the urine. The cake, then, was effectively a voodoo doll of herself in a way. This superstition came from the Cartesian “Doctrine of Effluvia,” which logically was prescribed as a document of medical fact. 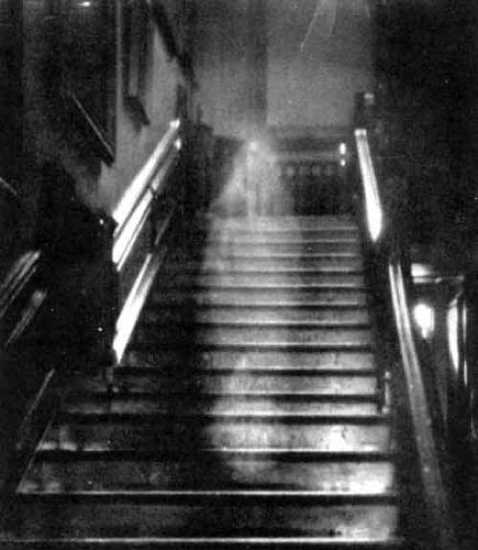 This type of evidence is based on claims by accusers that they would see the individual accused of witchcraft in dreams or visions doing the Devil’s bidding. The argument against this was that the Devil could take any shape, while the counter-argument was that the Devil could not inhabit an individual’s body without their permission. This form of evidence was somehow enough to convict several accused during the time it was deemed plausible. (When it was later thrown out, the conviction rate decline severely and hastened the trials’ conclusion.) 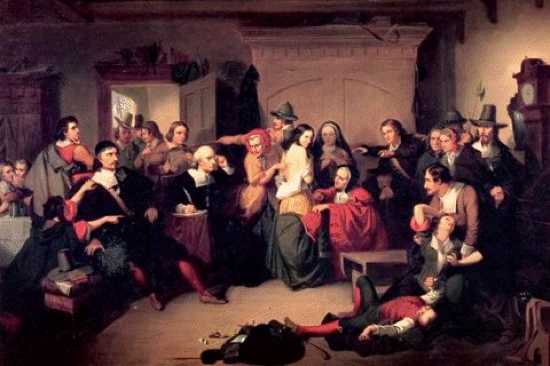 Some witnesses would confess to actually seeing the alleged witches practicing their black magic, which was enough to tattoo guilt all over them. Of course there was nothing to stop accusers of making up stories just to see people they disliked or deemed strange taken away. Many accusations stemmed from the belief that a death or illness had been caused by witchcraft, which upon filing with a magistrate and being deemed credible would lead to an arrest. On the charge of “affliction with witchcraft” or “entering a covenant with the devil.” 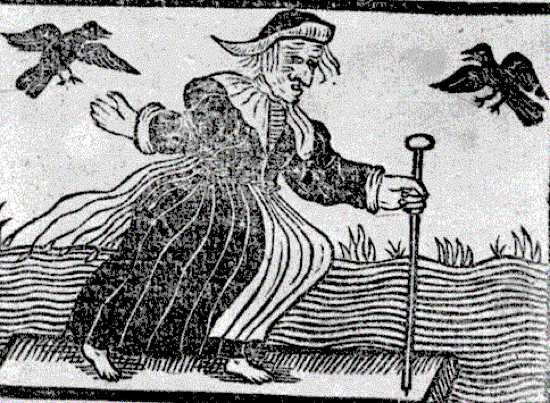 If you’ve ever heard the expression “cold as a witch’s teat,” now you know the origin: the aforementioned teat corresponded to any kind of mole or unusual skin blemish which all witches (and frankly most humans) are characterized to have. The test was that this teat would be pricked with a needle, and if the recipient didn’t bleed or feel it, then surely there was a witch in our midst. Often times, however, needles would be purposefully blunted so it would be easier to demonstrate just how “cold and unfeeling” this teat really is. 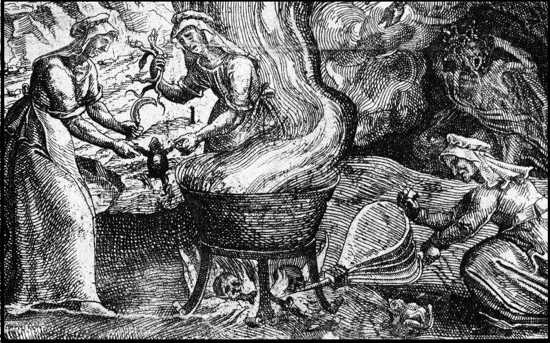 Sought after in the accused home were any artifacts corresponding to witchcraft that could be used as evidence for condemnation. These included poppets (a voodoo doll of sorts through which spells could be cast), cauldrons full of ointments, and books on palm reading and horoscopes. Also having flying broomsticks, talking black cats, and pointy hats would be instant red flags (at least in the Harry Potter universe). 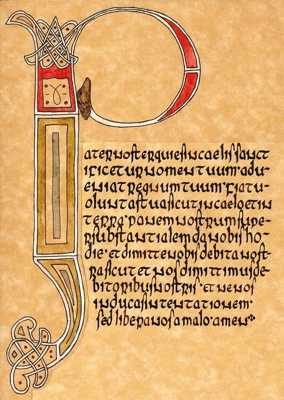 This was a literal test of faith. The accused would be made to recite the “Lord’s Prayer” without error – this included any stumbling, stammering, or outright spasming. As elocution is a painstaking art, it seems that any average human would slip up, but under “God’s eyes” (as well as whoever else sees themselves fit to judge) mistakes are unacceptable. As far as fits go, try forcing someone who may be mentally-retarded or hysterical (medically-speaking) or hallucinating from LSD-fungus-covered rye bread (another suspect of these ubiquitous “fits”) to read from the bible with absolute level-headedness. 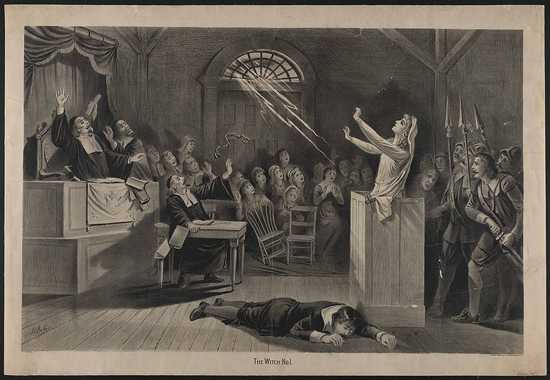 This test is all about the performance. If an afflicted person – throwing fits and the like – suddenly becomes calm after the accused places their hand on him/her, then the toucher is most certainly a witch. This is said to be because all the “venom” and assorted evil toxins (stemming from the witch’s eye) that originally addled the afflicted soul have returned to their evil host. 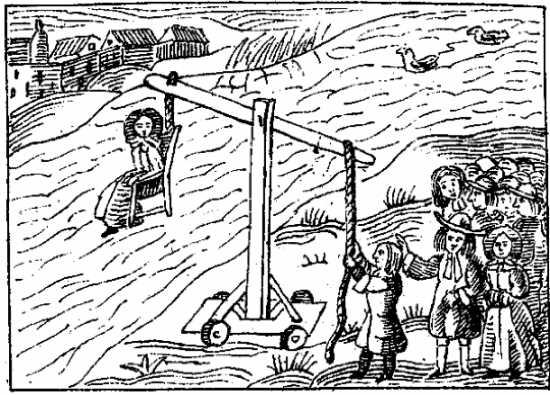 Those who didn’t admit to being a witch and under heavy suspicion were usually induced to confess by way of torture. One method was dunking, in which the accused would be held under water repeatedly until they were successfully broken down. This is also an effective means to brainwash someone into believing a lie, anything to make the inhumanity cease. 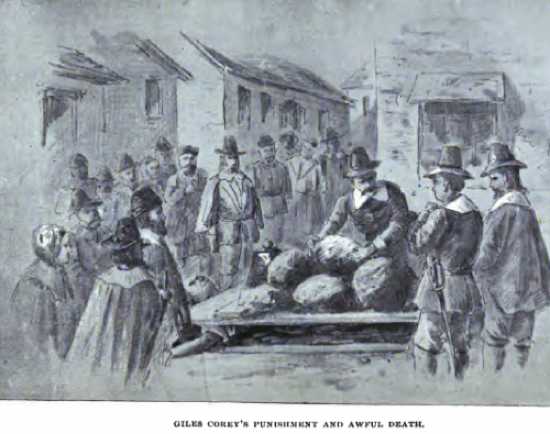 Another means of torture designed to make the accuser talk, but made it impossible for them to talk, much less breathe. Called “pressing,” the subject is placed beneath heavy stones, meant to literally crush you into submission. One such recipient endured this very treatment, an 80 year-old man named Giles Corey accused of being a warlock (yes men could be accused as well). He refused to give a plea each of the several times he was asked, and was ultimately crushed to death by the stones, which, as it turned out, were more likely to speak than he was. 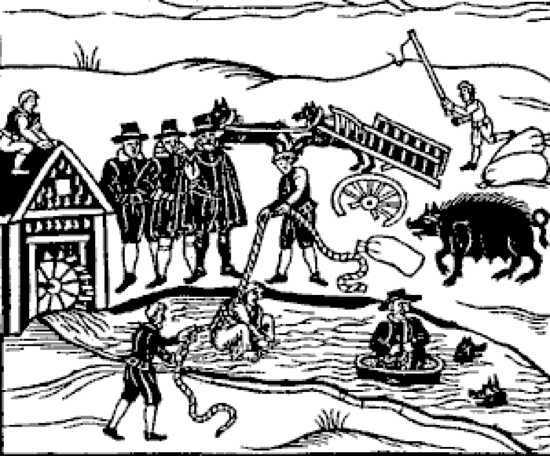 There was no favorable result in this test; essentially the alleged witch would be bound at the hands and feet – with heavy rocked attached – and thrown into a body of water. If the body floated to the surface, that was proof, along some kind of whimsical lines, that the accused was indeed a witch (at which point they’d execute her by some other means). If she sank to the bottom – and inevitably drowned – she was innocent. Given that none of these girls had received any proper Navy Seals training – inhale, hold your breath, don’t panic – about 100% of them drowned, with apathetic standers-by shrugging it off, thinking ‘Oh well. Now we know.”

10 Dating Tips From History That Could Improve Your Love Life