There is no doubt that science and technology have improved the quality of modern life. Innovations like the personal computer, advances in HIV treatment and digital photography have become so accepted that it is difficult to imagine human existence without them. However, science is not infallible; sometimes things go wrong. In some cases, scientific failures just mean a trip back to the drawing board. In others, loss of human life is the tragic result. Below, in no particular order, are listed 10 major failures of 20th and 21st century science and technology. 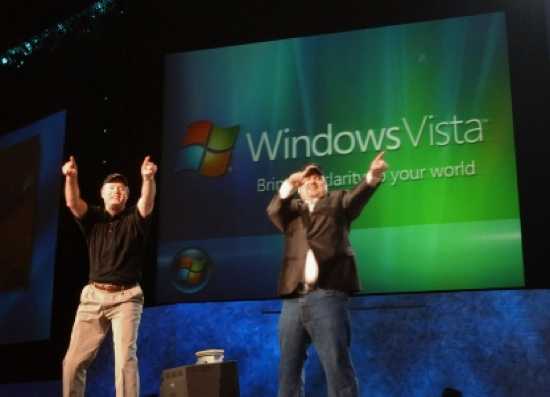 Chances are, if your computer runs a Windows-based operating system, the OS isn’t Vista. If your computer does run Vista, odds are good that you wish it didn’t. Vista’s release on January 30, 2007 had been preceded by bad press and known compatibility issues with older PCs. Some reviewers claimed that Vista actually ran slower on PCs than XP, which had established itself as a stable, robust OP. The result – consumers and enterprise users alike gave Vista the backs of their hands. Microsoft was forced to back off on its plans to sunset the popular XP while simultaneously fast-tracking its replacement, Windows 7, which was much better received. 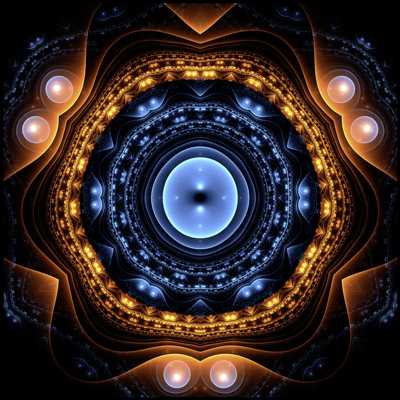 While conventional nuclear energy is based on nuclear fission, or splitting atoms, Low Energy Nuclear Reaction, commonly called cold fusion, relies on fusing atomic nuclei to produce energy. The process, properly harnessed, could potentially produce limitless energy from sources as common as tap water. On March 23, 1989, Stanley Pons and Martin Fleischmann claimed to have perfected the process. However, after an initial flurry of excitement, cold fusion was largely dismissed as a hoax, ruining the careers of Fleischmann and Pons. Nonetheless, experiments persisted for decades. Some actually produced small amounts of tritium, a known by-product of cold fusion, but none demonstrated capacity for large-scale energy production. 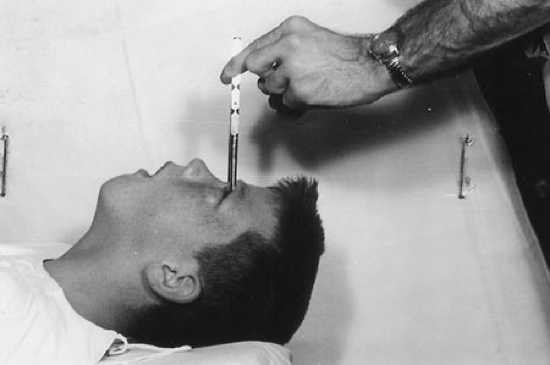 What many people know about frontal lobotomies – a widely accepted treatment for mental disorders through the late 1950s – comes from the movie One Flew Over the Cuckoo’s Nest. The first lobotomies were performed by Swiss physician Gottlieb Burkhardt in 1890. One patient committed suicide; a second died less than a week after the operation. Those deaths halted the technique until it was revived and modified in the 1930s. Results from this modified procedure ranged from little visible behavior change to patients being reduced to a vegetative state. Rosemary Kennedy, JFK’s sister, became incapacitated after receiving a lobotomy at age 23 and was institutionalized until her death in 2005.

One thing computers do better than nearly all humans is perform complex math computations. But in 1994, an entire line of Intel CPUs were discovered to have faulty math coprocessors. The faulty CPUs produced erroneous results for the ninth decimal place and beyond, potentially producing major errors for power users requiring absolute accuracy. Intel knew about the problem but figured that most consumers would never notice. Even after the flaw became public, Intel initially only replaced faulty chips for users who could “prove” that they were adversely impacted, but eventually provided replacements for anyone who asked – free of charge. 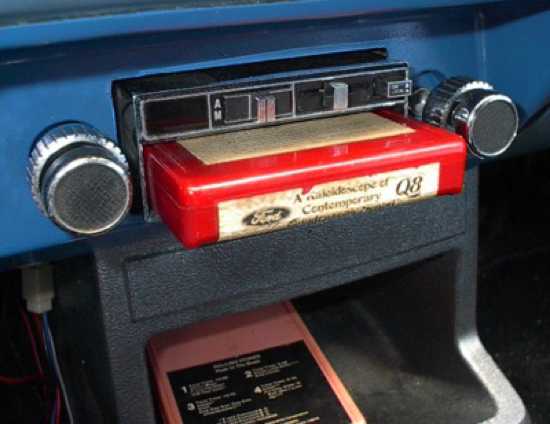 Eight-track players were based on the premise that music lovers wanted the ability to hear favorite tunes over and over – without fussing with flipping a cassette or a vinyl record. Before the iPod and endless repeat options on CD players became available, eight-track players allowed owners to insert a tape and listen until they grew bored, or until the tape broke. The main problem and a major reason for the eventual demise of the 8-track player was its tendency to change tracks in the middle of a song – sometimes splitting crucial lyrics. Nonetheless, they enjoyed huge popularity during the 1960s and 1970s, and maintain a cult following even today. 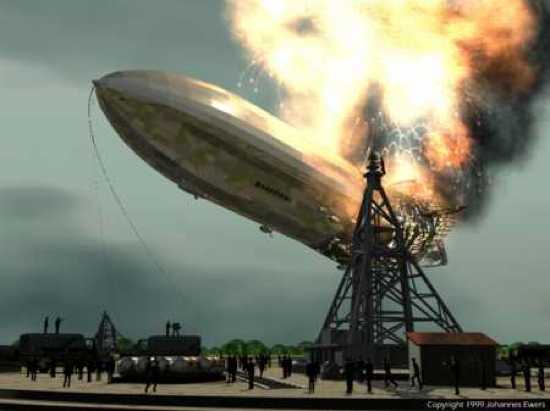 The Hindenburg disaster of 1937 was only the latest in a series of hydrogen airship crashes that occurred during the first third of the 20th Century. The highly-flammable gas that fueled hydrogen airships was enclosed in numbered cells, with the balloon situated immediately above passenger and crew compartments. This contributed to the rapid spread of flames aboard the Hindenburg, which consumed the entire ship in less than one minute. A tragic irony of the disaster was that the Hindenburg was already obsolete. In 1935, a Pan American Airways M-130 China Clipper had flown 2,400 miles from San Francisco to Honolulu, more than sufficient range to make a trans-Atlantic crossing. 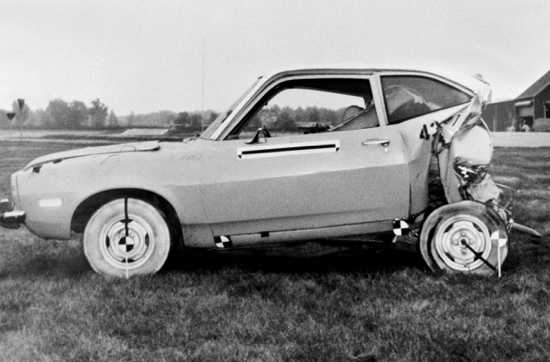 In 1968, Lee Iacocca, then president of Ford, decided to fight back against Japanese automakers in the small-car market. He demanded a car that weighed no more than 2,000 pounds and cost less than $2,000. The result was the Pinto, which went into production in 1970. The Pinto’s fuel tank, positioned between the rear axle and bumper, exhibited serious flaws during low-speed testing. Ford ignored suggestions to move the fuel tank or reinforce it, figuring the additional cost of $11 per vehicle would exceed potential damage payouts. But when Ford’s decision became public, the company was hit with multi-million dollar lawsuits, and its public image suffered for decades afterward. 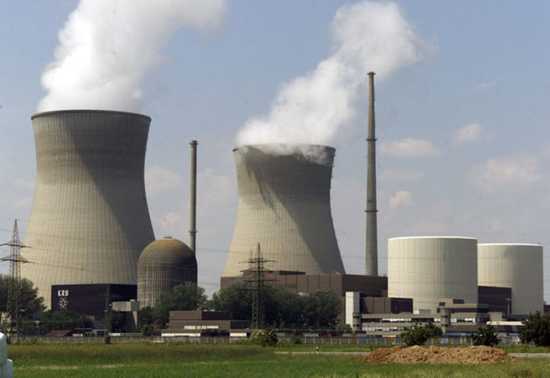 Splitting the atom changed the course of World War II, appearing in the form of atomic bombs dropped on Hiroshima and Nagasaki in 1945. After the war, nations around the globe eagerly adopted nuclear power to provide what was then viewed as clean energy independent of politically unstable oil-producing regions. But the Chernobyl disaster of 1986 and the Fukushima meltdown of 2011 resulted in massive radiation-related illnesses and fatalities that have caused many countries to rethink their reliance on nuclear energy. In particular, Germany, which had halted the planned decommissioning of its nuclear power plants, completely shifted course in March 2011 in the face of massive protests. 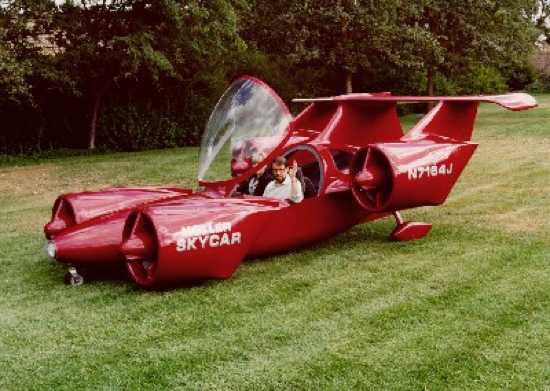 George Jetson had one, but you won’t be zooming around in a flying car anytime soon. Technology isn’t the issue. The Airphibian, a 1946 modified plane, could fly at 120 mph, drive at 50 mph, and was certified by the Civil Aeronautics Administration, predecessor to the Federal Aviation Administration. The Aerocar, certified by the FAA in the 1960s, could cruise up to 120 mph. Lack of funding kept both inventions grounded. By contrast, Paul Moeller was sued in 2003 by the Securities and Exchange Commission, which alleged that he defrauded more than $5 million in stock sales from investors for a Skycar that never actually achieved unaided flight. 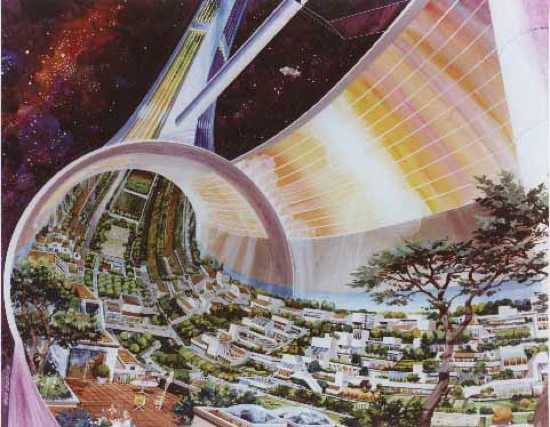 The yearning to venture beyond Earth has existed for centuries and persists to the present. In 2006, American space agency NASA launched plans to establish permanent laboratories on the Moon beginning in 2024. In 2012, a Dutch company began planning a venture to deposit four astronauts on Mars in April 2023, shipping new colonists to the Red Planet every two years, with none of the voyagers returning to Earth. Nonetheless, large-scale permanent space colonies remain beyond the capabilities of technology, not least because of the logistical challenges involved. Establishing permanent space colonies would require, at minimum, self-sustaining oxygen, food, water and medical resources, not to mention well-trained, hardy pioneers.

In conclusion, several failures of modern science are doomed to remain just that – failures. However, some present-day failures only need for technology to catch up to be transformed into successes. Other innovations only need financing, a perceived need, or both, to become consumer ready. After all, many innovations taken for granted today began as wild ideas that spent months, years or even decades as failures before their true worth became known.