There are about as many different styles of comedian as there are types of mixed drinks; there are storytelling comedians, observational comedians, physical comedians, socio-political comedians… the list goes on. But no shot goes to your head – at a club with a two-drink minimum – like one that a one-liner comedian mixes for you. It’s short, pithy, and to the point, and as effective – if not more so – than whatever joke that storyteller’s been stirring up for about five minutes now. Here is a look at ten of the best one-line-style comedians, from years past as well as those currently working (hard) today.

(Note: please don’t get hung up on the rankings, something die-hard comedy fans are especially notorious for. The comedians mentioned here are presented for their uniqueness of voice, not their superiority over one another.) 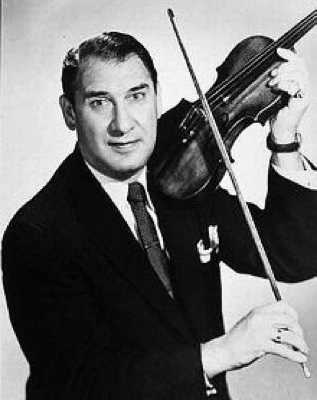 This comedian is the prototypical comedian upon which all stereotypes are built. Born Jewish, kicking off his career with a radio gig in the thirties, and performing roughly 200 shows a year in the forties after failed attempts at acting, Youngman is the quintessence of the working comedian. He is famous for his tommy-gun-rapid succession one-liners, and most of all the classic, “Take my wife… please.” Living to see most of the 20th century, he is most recently recognizable for his part in Goodfellas, as himself. Enjoy these: 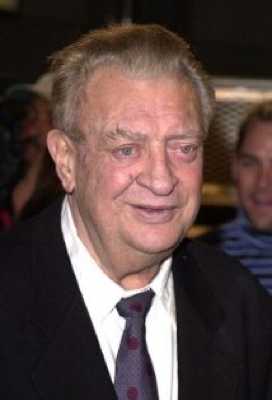 Here is a man that “never got no respect” (double negative intended), and so he pointed out in virtually all of his self-depreciative jabs… at himself. His voice is unmistakable, both on stage, and in film (most of all, Caddyshack). Here are some of his hits:

“A girl phoned me the other day and said… ‘Come on over, there’s nobody home.’ I went over. Nobody was home.“
“I could tell my parents hated me. My bath toys were a toaster and a radio.”
“I looked up my family tree and found out I was the sap.” 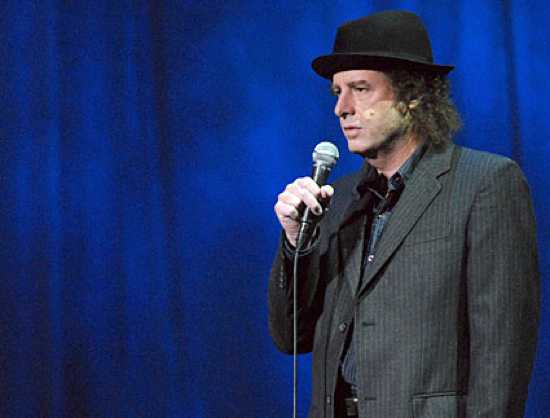 Steven Wright is the master of understatement. Which might have something to do with the Age of Irony during which he was under the spotlight (an era also populated by Janeane Garofalo and other sarcasm-spouters). His jokes, which sort of lazily fell out of his mouth more than he performed them, were absurd in the way someone who reads a lot of philosophy textbooks might fashion a joke (he studied at Emerson College in Boston). Here are some of his greatest one-liners:

“Went to court for a parking ticket. I pleaded insanity.”
“I like to tease my plants when I water them. I like to water them with ice cubes.”
“I saw a bank that said ‘24 Hour Banking,’ but I don’t have that much time.” 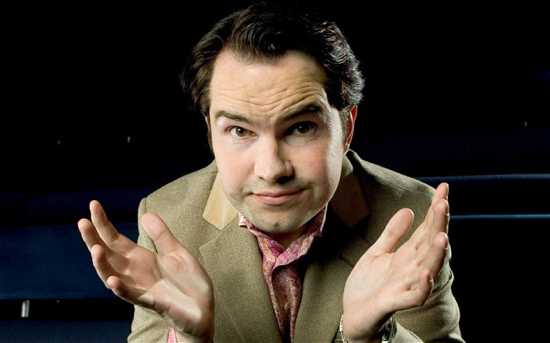 This British comic’s style is more overtly American than some of his peers; it’s rather blunt and as offensive as he can make it. There is one segment where the extremely polite-sounding comic tells his audience he’s going to gradually increase the offensiveness and tastelessness of the material, to see at exactly what point jokes elicit unanimous groans rather than laughter; the real shock value was where his audience actually applauded a Holocaust joke. That being said, here are some of his top (discretion advised):

“I worry about my nan. If she’s alone and falls, does she make a noise? I’m joking, she’s dead.”
“I did a gig in the U.S. once for the homeless. I said ‘It’s nice to see so many bums on seats.’”
“British scientists have demonstrated that cigarettes can harm your children. Fair enough. Use an ashtray!” 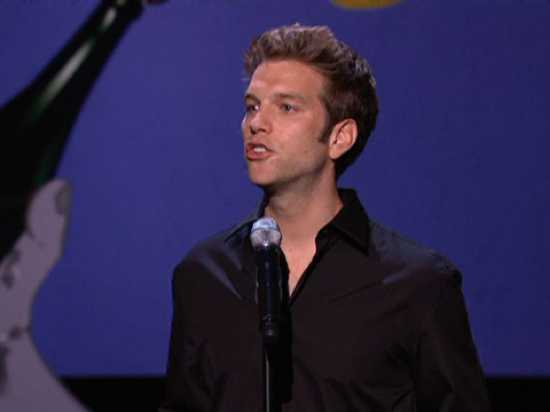 Here’s another one-line comic who employs a disturbing kind of dark humor, where laughter is best served with ample squirming. This made him a particular sensation at the last two Comedy Central Roasts – of Donald Trump (“The only difference between you and Michael Douglas from the movie Wall Street, is that nobody’s going to be sad when you get cancer.”) and Charlie Sheen (“The only reason you are on T.V. now is because God hates Michael J. Fox.”). His voice is one of un-apology, with a hint of Christopher Walken (Jeselnik admitted to this in a Comedy Central spotlight feature). Here are some more squirm-inducers: 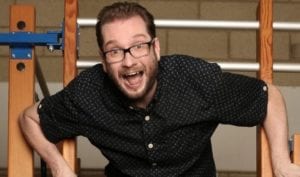 This comedian is a marijuana champion. Aside from overtly being in a perpetually-baked state, he starred in a documentary spoof off of Supersize Me called Super High Me. In it, he compares his levels of functionality during 2 months in which he alternately gets high throughout the day every day, and then does not. For instance, he took the SAT during each month, and found that he scored higher during the stoned month. So, his joke style fits his voice, one that caters to short-attention spans and fans of pot-logic. Here are some of his sweetest pot brownies:

“People say pot-smokers are lazy. I disagree; I’m a multitasking pot-smoker: just the other day I was walking down the street, I was putting eyedrops in my eyes, I was talking on my cell phone, and I was getting hit by a car.”
“Like most comics, I just broke up with my girlfriend. And the reason we broke up was I caught her lying. Under another man.”
“I saw a dog in a cage. And that cage had a sign on it that said, ‘I bite.’ And I was like, ‘That is good to know doggy, but that’s not the most important thing about you. You should make a sign that says, ‘I make signs.’’” 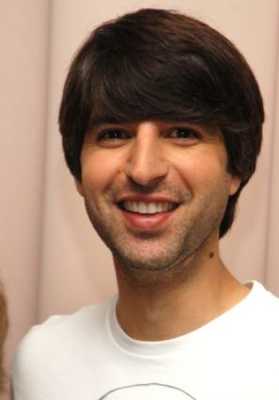 Demetri Martin is truly an entertainer. In any given stand-up special (and especially on his short-lived sketch show), he can be seen playing the guitar, piano, harmonica (sometimes simultaneously), all the while he tells jokes. His act is a very stimulating one, teeming with extra-comic creativity – chocked full of sonic and visual aides – which makes him come off as a failed kindergarten teacher. His best one-liners, a clever assortment of skewed insights and non sequiturs, come out while he’s strumming some chord progressions. Here are some of his best:

“I like to use ‘I Can’t Believe it’s Not Butter’ on my toast in the morning, because sometimes when I eat breakfast, I like to be incredulous. How was breakfast? Unbelievable.”
“I think it’s interesting that cologne rhymes with alone.”
“I was walking in the park and this guy waved at me. Then he said, ‘I’m sorry, I thought you were someone else.’ I said, ‘I am.’” 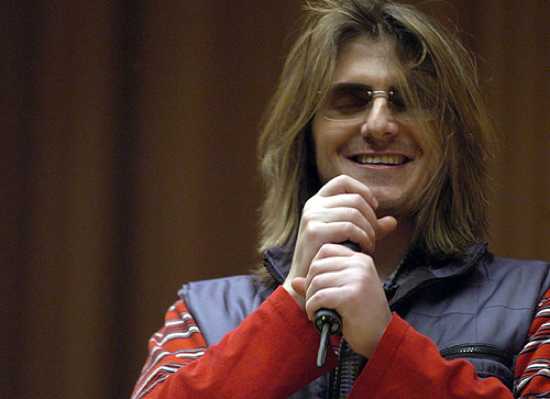 Unfortunately Mitch is no longer with us, O.D.-ing well before his prime. (He only had a few Comedy Central specials and comedy albums in his name prior to his death.) But in that short span of time, he left an influential body of work, buckets of one-liners in every special, from which we can just pull out one if we need a laugh on a particularly trying day. His jokes were absurd and his style was a sedated cool, giving off an air that the seventies never truly died. Here are a few tokens to remember him by:

“An escalator can never break, it can only become stairs. You should never see an ‘Escalator Temporarily Out Of Order’ sign, just ‘Escalator Temporarily Stairs. Sorry for the Convenience.’”
“I can whistle with my fingers, especially if I have a whistle.”
“I like to hold the microphone cord like this: I pinch it together, then I let it go, then you hear a whole bunch of jokes at once.” 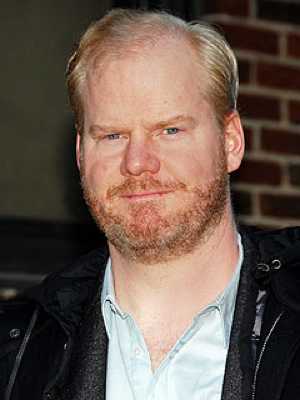 Jim Gaffigan is a special kind of one-liner comedian; he can take one topic, and just riff on it for an hour, with an endless string of cynical one-liners. And usually that topic is food (e.g. bacon, MacDonald’s, Hot Pockets, cake, breadsticks, etc.). Never had art been so influenced by something as banal as what we shove in our face. That’s what makes him so hilarious; how much he can fixate on such, which might come off as a serious mental disorder if he didn’t have an audience at his (garbage) disposal. His abundance of material seems to be a symptom of his love for his art. Which is probably why he pulled a Louis C.K. and released a DRM-free (i.e. easier to pirate) special that can be downloaded from his site (jimgaffigan.com) for $5, 20% of which proceeds go to a non-profit organization that helps veterans. Here are some of his best chicken nuggets:

“Actually, the reason I look like this is because my father was from Sweden and my mother was Elton John.”
“We’re never satisfied when it comes to food. ‘You know what’d be good on this burger? A ham sandwich. Instead of a bun, let’s use two donuts. That way we can have it for breakfast. Look out McGriddle. Here comes the donut-ham-hamburger!’”
“Ever wonder what people got Jesus for Christmas? It’s like, ‘Oh great, socks. You know I’m dying for your sins right? Yeah, but thanks for the socks! They’ll go great with my sandals. What am I, German?’” 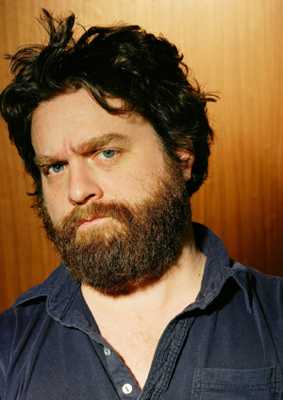 Zach Galifianakis is all the buzz these days. He gets movie deals left and right, appearing next to stars bigger and more serious about acting than himself, and he – with the help of Tim and Eric and Will Ferrell’s Funny or Die – has mastered the internet generation. His beard is a permanent fixture, as is that sense about him where you never actually know if he’s kidding or not (even when he’s on stage). And if his jokes were precious stones, you could buy the Taj Mahal, or even just film a third Hangover movie there. Here are his best jokes, although three is never satisfying enough (unless, again, you are talking about the Hangover franchise – the stage is where he shines brightest, although he steals the show in anything he does):

“I have a lot of growing up to do. I realized that the other day inside my fort.”
“My girlfriend looks a little like Charlize Theron, and a lot like Dog the Bounty Hunter.”
“Sometimes, I like to read the bible in public and yell out, ‘Oh Bullshit!’”