Typically, the race for President of the United States of America is a serious affair, but that doesn’t mean there haven’t been some ridiculous contenders over the years. It’s not unheard of for a professional comic to throw their hat into the race, and seeing as the office was won by an actor and a reality TV star, there is a sliver of hope/horror that someone who tells jokes for a living might one day make their way into the Oval Office.

SEE ALSO: 10 Reasons Donald Trump May Be A Political Genius

Over the years, several professional comics have declared a run for the office of President, but thus far, none have had much success. That isn’t to say it never happens… Al Franken won a Senate seat, and the Presidents of Guatemala and Ukraine were actual comedians before they became politicians. In the U.S., these nine professional comics gave the idea of being President a try (whether they were serious or not). 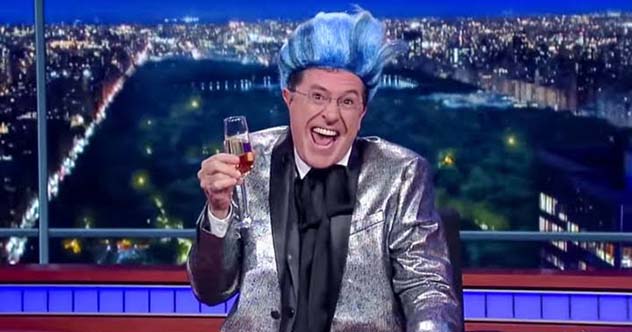 Stephen Colbert announced his bid to become the next President of the United States in the 2008 election. He did so as his character, who ran for both the Democratic and Republican nomination simultaneously. While he maintained it was a completely serious campaign, he made those assurances as his character, who wasn’t necessarily the most sincere person on the planet.

He launched his campaign because it’s what his fans wanted, but when it came time to pay the $35,000 fee to enter the Republican primary, he balked and focused more on the Democratic ticket. The fee for the left was only $2,500, which he paid to enter the South Carolina Democratic ballot. It didn’t take long before the South Carolina Democratic Party executive council denied his inclusion on the ballot, which put a stop to his campaign just 20 days after it was announced.[1] 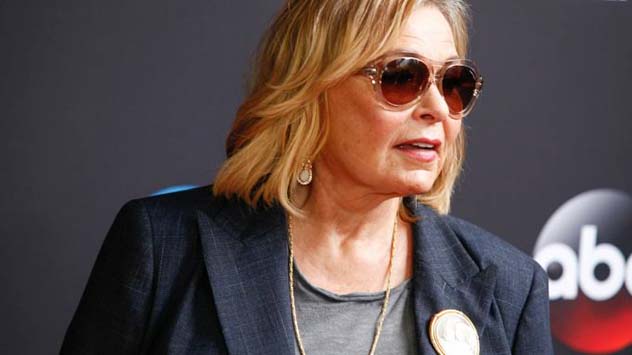 These days, Roseanne Barr is known more for being a die-hard conservative than she is a comedienne. Back in the 1980s and ‘90s, she was all about the comedy, but her career somewhat fizzled as her eponymous sitcom came to an end. She did resurface in 2011 to announce she was running for President of the United States in the 2012 election. Her announcement came on The Tonight Show with Jay Leno where she said she would run on a party she created called the “Green Tea Party.”

Her party platform revolved around personal health, medication, and economics. She filed with the Federal Election Commission for the Green Party, but lost in her party’s nomination to Jill Stein, having come in second place. She then switched to the Peace and Freedom Party with Cindy Sheehan as her running mate, and she even appeared on the ballots in Colorado, Florida, and California. Nationwide, Barr received 67,326 votes, placing sixth with 0.05% of the popular vote.[2] 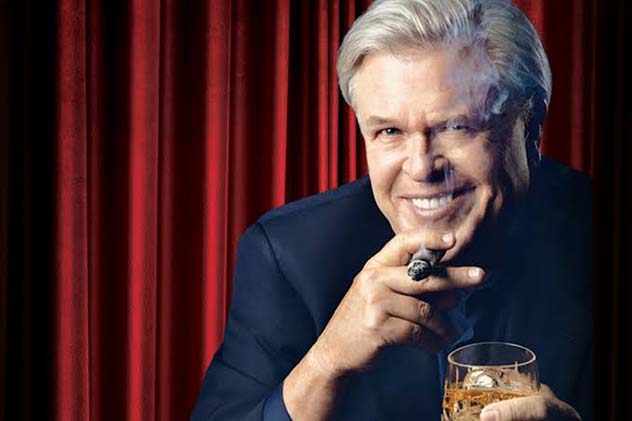 Ron White is best known for his stand up comedy and the “Blue Collar Comedy Tour,” but he decided to shift his focus to politics with an announcement that he was running in the 2016 Presidential election. He made the announcement on the AOL BUILD stage, and while many assumed it was all some sort of joke, he was dead serious. His interest in running came after watching one of the many Republican Party primary debates.

“I was just sitting at home, watching [the debate] … asking myself, ‘Is this it? Are the best and the brightest running for president? I have to choose from these people?’” He was focused on battling the methamphetamine problem, and he was interested in improving the care of veterans and U.S. Soldiers. White was incredibly critical of Donald Trump, but his campaign never manifested into anything viable.[3]

Dick Gregory was a pioneering comedian who rose to prominence in the 1960s. He was the first African American comic to cross over to white audiences, which helped his career grow through television spots and the release of comedy record albums. While Gregory was primarily a comedian, he was also a heavy hitter in the Civil Rights movement and protested the Vietnam War. In 1967, he launched a candidacy to become the Mayor of Chicago, and while this campaign didn’t work out, it elevated his prominence as a potential candidate.

In 1968 he shifted his focus to more national matters by running for the Presidency. He did so as a write-in candidate on the Freedom and Peace Party ticket. He managed just over 47,000 votes and landed on Nixon’s master list of political opponents. He left politics and got more involved with activism and wrote a book about his candidacy called Write Me In![4] 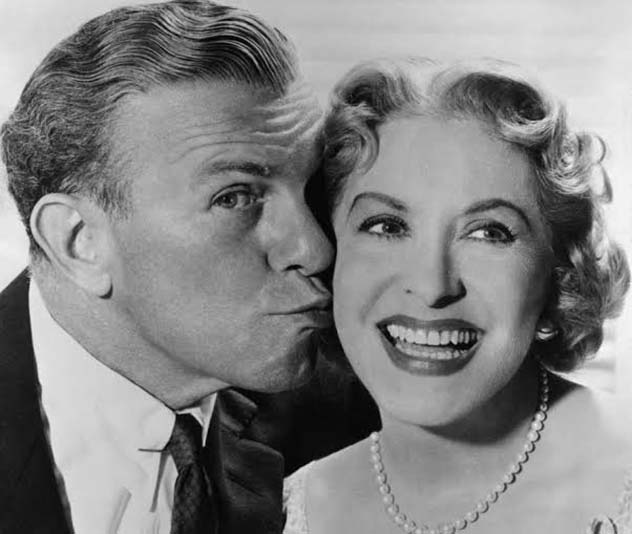 While the United States has yet to elect a woman for President, there have been many who ran as either the President or Vice President. One such woman, Gracie Allen, was a comedian who became famous thanks to her radio program where she portrayed a goofy sidekick alongside her husband, George Burns. The Burns and Allen Comedy Show was one of the most successful programs of the day, but as interest waned, Gracie looked to other avenues to get laughs.

Though it was never serious, she launched her candidacy to become the President of the United States with her husband set as her running-mate. Her campaign slogan was “Down with common sense” and the couple toured the country putting on shows. She put herself on the Surprise Party ticket, which featured a kangaroo and joey in her pouch as the mascot with the slogan, “It’s in the bag.” The whole thing was little more than a publicity stunt, but thanks to their tour, the campaign built up a life of its own.[5] 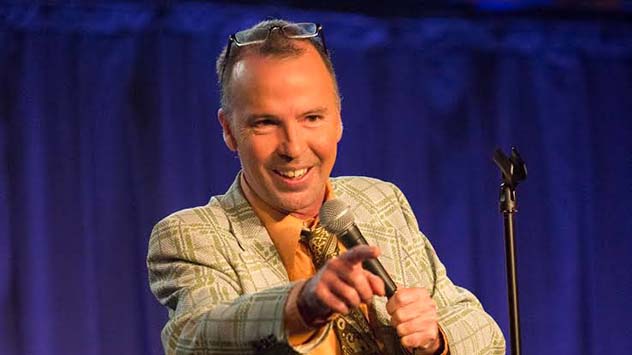 Throughout his career, Doug Stanhope has made a name for himself with his black comedy, but he’s not just a comedian, he’s also a political activist with anti-government views. When the 2008 Presidential election was on the horizon, he announced his candidacy on the Libertarian Party ticket. “It seemed like a funny thing to do […] But people were either amused or horrified at the idea of me representing their party.” He focused primarily on individual freedoms, self-government, and making America fun again.

Stanhope’s campaign never manifested, and he was never a serious contender for any party’s ticket. At the time, he was considered a Libertarian, but he’s since become a self-declared anarchist. Since making his announcement, he’s focused more on his comedy career than he is his political one, but he remains outspoken on the issues and is all about candidates who are pro-choice and pro-drugs.[6] 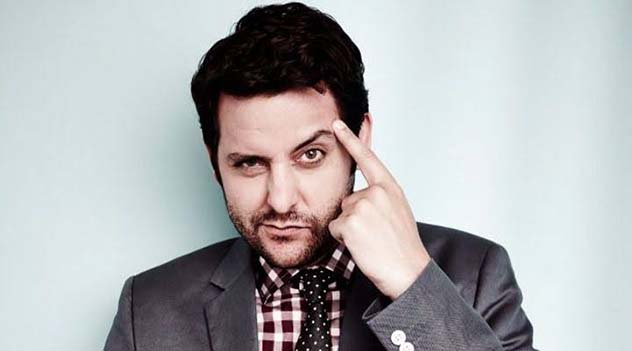 Ben Gleib is one of those comics who makes it hard to tell if he’s being serious or not, which may stem from his satirical writing style. For years, he has focused his stand-up on political issues, and he’s even worked around politics, having reported for KPCC during the 2008 Republican National Convention. His career in comedy gained momentum in 2014 when Esquire named him one of “the six comedians who could be comedy’s next big things” and part of “a bumper crop of brilliant new-alt comics.”

In May of 2019, he announced he would be running for President in the 2020 elections via his Twitter page, and he was serious… Probably. He simultaneously launched a website promoting his campaign with the slogan “TAKE. OUR. DEMOCRACY. BACK.” He routinely brings up his candidacy at shows and will stand by for donations while answering questions when he leaves the stage. Despite being a potential candidate in the 2020 election, he hasn’t been taken seriously by the media.[7] 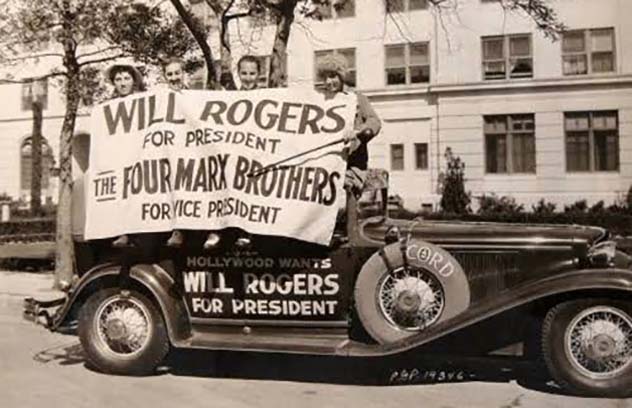 In 1928, Will Rogers launched a mock political campaign for the presidency. He did so due to his belief that campaigning was “bunk.” He ran as the “bunkless candidate” of the Anti-Bunk Party, and the only platform he used to discuss his campaign was a weekly humor magazine called Life. He promised that, if elected, he would resign. He maintained that “Our support will have to come from those who want nothing and have the assurance of getting it.”

Rogers’ campaign was done entirely for comedic reasons, as it was the brainchild of Life. Despite this, there were campaign buttons made with Rogers’ picture on them and burlesque political rallies were broadcast over the radio. Unsurprisingly, Rogers’ popularity gained some momentum, and Life was inundated with requests for information on how to vote for him.[8] 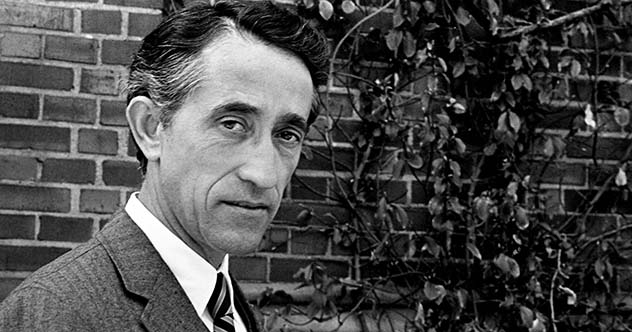 Pat Paulsen was well-known in the United States as a comedic actor who made appearances on The Smothers Brothers. The idea of running Paulsen for President came from the network, and he launched a campaign for the 1968 Presidential election. Very little about the campaign was serious, and while it was definitely grounded in comedy, he did address some serious issues. He attacked his political rivals with ridiculous and outlandish (false) statements for comedic effect. His slogan was “Just a common, ordinary, simple savior of America’s destiny.”

The comedian appeared on the ballot in New Hampshire for the Democratic primary on multiple occasions throughout the years. In 1992, he ran on the Republican ticket but finished second in the primaries to George Bush, having only garnered 10,984 votes. He showed up on the ticket again in 1996 where he received 921 votes—second to Bill Clinton’s 76,754 votes. His interest in politics was passed onto his son, Monty Paulsen, who unsuccessfully ran for the office in 2008.[9]

For more lists like this, check out 10 Times President Trump Has Trolled The Media, and 10 Ways Donald Trump Has Changed Politics Forever.

Top 10 Revolutions Felt Around the World