When we talk of border walls, the first ones that come to mind are the Berlin Wall, the North and South Korea Wall, and the wall that President Donald Trump wants to build along the US border with Mexico.

Although Trump’s proposed wall has generated arguments and counterarguments, no one seems to notice the other walls popping up elsewhere. Or the ones that have been in existence for decades. There are more walls dividing countries than we think. 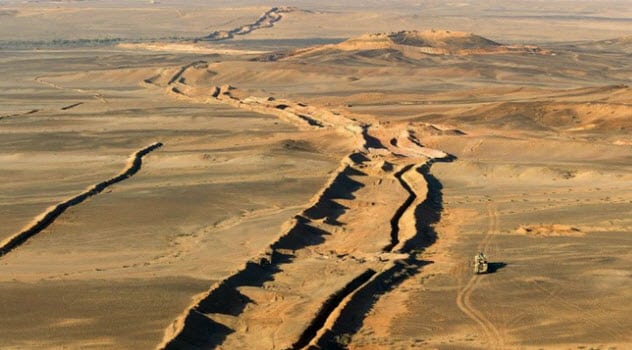 The Moroccan Wall (or the “Berm”) is a 2,600-kilometer-long (1,600 mi) wall running through Western Sahara. The wall is made of 3-meter-high (10 ft) desert sand and is protected by electric fences, radar, barbed wire, Moroccan soldiers, and about seven million land mines. This makes it the world’s longest minefield and one of the world’s most guarded borders.

This is because Western Sahara is disputed territory. While most of us consider it southern Morocco, the people there say that they are part of the largely unrecognized Sahrawi Arab Democratic Republic. The Polisario Front, which is fighting for the independence and recognition of Sahrawi Arab Democratic Republic, controls the other half of Western Sahara just outside the wall.

The wall has not deterred the Polisario Front from launching attacks on Moroccan troops across the border. Polisario Front fighters will readily dig underneath the border to bypass the wall. The greatest losers of the Morocco–Polisario Front conflict are the inhabitants of Western Sahara, who are caught on both sides of the wall. Many of them have been killed by the land mines.[1] 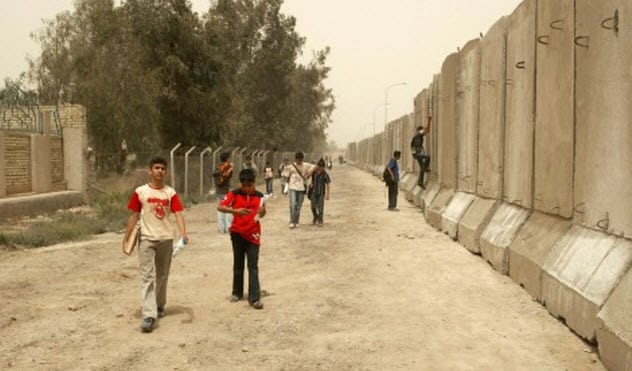 The Baghdad Wall is a 4-kilometer-long (2.5 mi) concrete barrier separating the Sunni side of Baghdad from the Shiite side. Before the wall, Sunni militia regularly launched attacks on Shiite civilians, the Iraqi military (which has a Shiite majority), and US troops. Shiite militia also launched attacks on Sunni civilians in the area.

US troops built the wall around southern Ghazaliya where the Sunni militia had a stronghold. While the wall reduced the number of murders and attacks, it has created unease among Sunnis, who fear that they are being cut off from Baghdad. Others think that the wall is not for their protection but to keep them at bay and allow the Shiite militias to deal with other Sunnis outside the wall.

Some businesses and facilities that serve the Sunni community are also outside the wall, complicating the unease. Sunni insurgents tried to destroy the wall with bombs soon after it was erected. They failed and only managed to damage a small portion that was later repaired.[2] 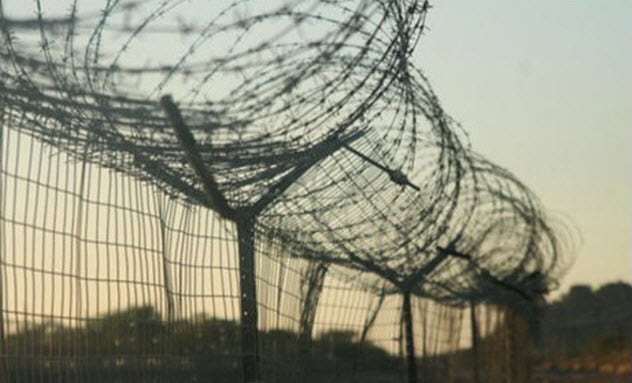 Zimbabwe and Botswana are separated by a 500-kilometer-long (310 mi) and 2-meter-high (6 ft) electric fence built by Botswana. Botswana says the fence is necessary to stop the spread of foot-and-mouth disease brought by cattle smuggled from Zimbabwe.

If this is true, it is clear why Botswana was concerned about the disease. At the time the wall was proposed in 2003, Botswana was facing a foot-and-mouth disease epidemic that left farmers killing thousands of cattle. This posed a threat to its economy, in which cattle rearing was the second major source of income.

Zimbabwe says the fence has nothing to do with the disease. Instead, it is an attempt by Botswana to keep Zimbabweans out. Zimbabwe was experiencing inflation and severe unemployment at the time that the fence was proposed, leaving many to illegally cross the border to neighboring Botswana.

Curiously, Botswana never turned on the electric fence and did not patrol it to stop people or animals from crossing illegally.[3] 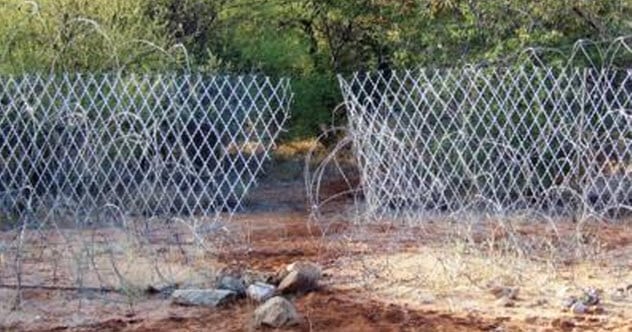 South Africa has an electric fence erected along its borders with Zimbabwe and Mozambique. In 1990, the Mozambique portion of the fence, which locals called the “Snake of Fire,” was fingered for the death of hundreds of civilians fleeing the Mozambican Civil War. The electric fence delivered a deadly 3,500-volt shock to anyone who touched it.

Electric fences are usually available in lethal and nonlethal variants. The nonlethal ones could deliver shocks up to 10,000 volts in milliseconds. This is enough to stop people from attempting to breach the fence. But considering the short period of contact, it is not enough to kill.

An alternative was to walk through the fenceless area that leads straight into the South African Kruger National Park, which is renowned for its pride of lions. A typical journey through the park into mainland South Africa took 24 hours, enough time to get hunted and eaten by hungry lions. Soldiers guarding the park often reported seeing the remains of people eaten by lions.

Some lions even turned into man-eaters, abandoning their normal game for human flesh. They became so bold that they started attacking and killing reserve wardens for food. The fence still exists today, but it is no longer electrified or guarded. It has been cut in several places and has mostly fallen into disrepair. 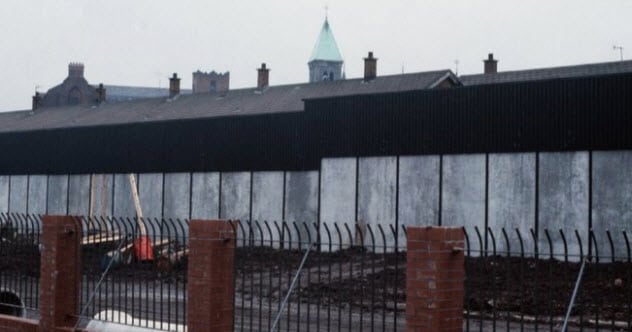 Peace Walls are not a single barrier but a series of over 60 different walls that divide Belfast, Northern Ireland. In some places, the walls are nothing but short wooden fences, and in others, they are high concrete walls. The barriers were erected during the Troubles to keep the religiously and politically different unionists and nationalists apart.

Before the walls, people from both sides launched attacks. The walls slowly started creeping up around neighborhoods prone to this violence. At the time, the walls made residents feel safer.

Weirdly, most of the walls were erected after the end of the Troubles. They are slowly being demolished and are projected to be entirely destroyed by 2023.[5] 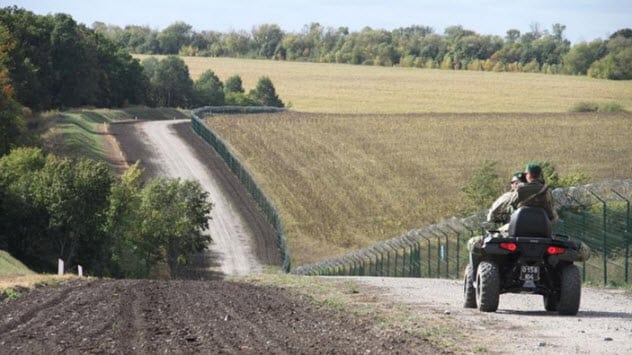 Project Wall is a planned 2,000-kilometer-long (1,200 mi) border fence and trench system separating Ukraine from Russia. It is funded by Ukraine and intended to prevent another Russian invasion. Ukraine started erecting the fence after Russia successfully annexed Crimea. The fence is still under construction and might never be completed considering current events.

Ukraine does not have enough money to complete the fence, and the little it has expended is being stolen by corrupt contractors and border guards. Most of the fenced part of the border is also compromised and not built up to standards. So far, Ukraine has only managed to dig 273 kilometers (169 mi) of trenches and to fence 83 kilometers (52 mi) of the border.[6]

Some defense analysts are skeptical about the effectiveness of the fence and trench. The fence is unguarded, and the trench is unlikely to slow down Russian tanks. Ukraine has shifted the planned date of completion from 2018 to 2021. Its government says that it cannot fund the fence alone and will find other European nations to help it with the cost. Russia is also erecting a fence to separate Crimea from Ukraine. 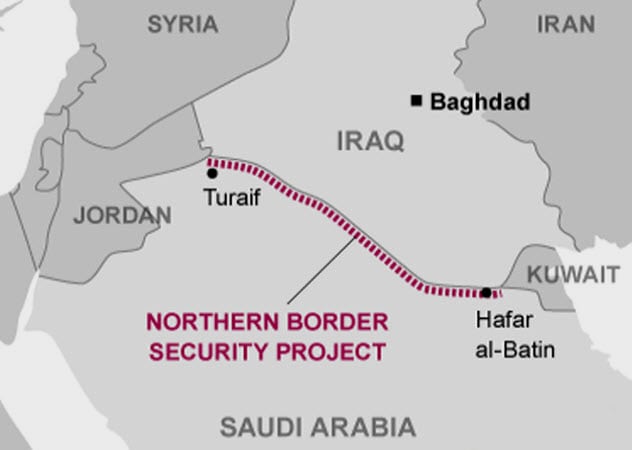 The Great Wall is a 966-kilometer-long (600 mi) fence and trench system that separates Saudi Arabia from Iraq. The Saudis first considered erecting the fence in 2006 over fears that belligerents of the Iraqi Civil War could launch cross-border strikes into Saudi territory.

In 2014, Saudi Arabia began construction after watching ISIS grab a huge chunk of Iraq’s territory just at its border. The Saudis feared that ISIS was preparing to launch an invasion into its territory.

The wall is protected by five parallel fences, watchtowers, surveillance equipment, and over 30,000 soldiers. While the fence was still under construction in 2015, ISIS attacked a border post to stop the Saudis from completing the project. Three border guards were killed in the attack. One was General Oudah al-Belawi, who commanded border operations in Saudi Arabia’s north.[7]

Besides the Iraqi border, Saudi Arabia is also building a 1,600-kilometer-long (1,000 mi) wall along its border with Yemen. 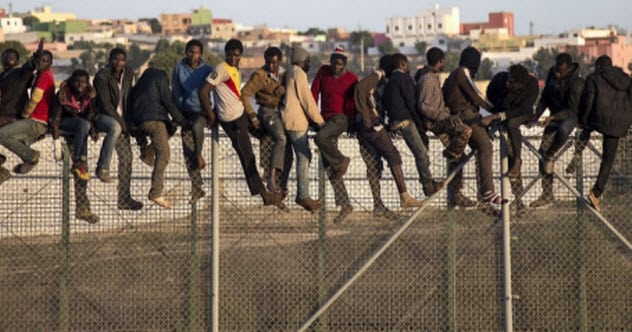 Ceuta and Melilla are two Spanish cities in North Africa. Both are considered a part of Spain even though they share borders with Morocco. There is regular ferry service between the cities and mainland Spain.

This has resulted in African migrants fleeing to both cities by sneaking in on ferries going to Spain. As a result, Spain erected fences along the borders which both cities share with Morocco to stop the migrants from coming in.

The European Union also doles out millions of euros to Spain and Morocco to stop the migrants from sneaking into these cities and, consequently, into Europe through mainland Spain. The fence in Melilla is 11 kilometers (7 mi) long. It consists of three parallel fences, complete with blades, alarms, and pepper gas. The pepper gas have been deactivated for now.[8] 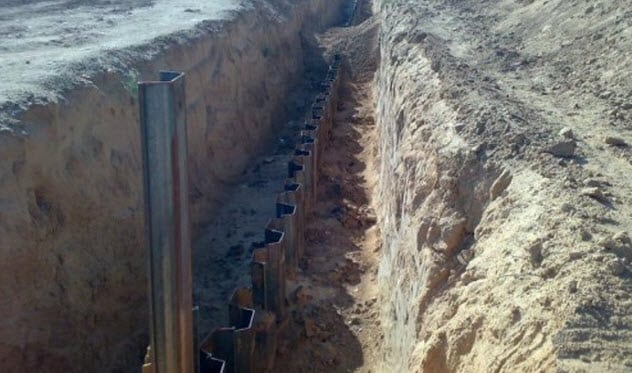 Unlike the other walls we have mentioned, the Egypt-Gaza wall is an underground wall. It was constructed to stop the smuggling of weapons into Gaza through underground tunnels from Egypt. Israel has a tight blockade on Gaza and strictly controls what can and cannot be imported. This has created problems for people importing items like food.

To bypass the borders, people have taken to smuggling items through tunnels dug from Egypt. Hamas controls these tunnels. It provides lighting and collects taxes on the smuggled products. Hamas also has its own secret tunnels that it uses to transport weapons. Although the wall was built to target these secret tunnels, it will also affect the regular tunnels used to transport food and similar crucial items.[9]

Egypt says the underground wall is 10 kilometers (6 mi) long and cannot be cut or melted. It was built with the aid of the US. Israel itself is building an underground wall above and beneath its 64-kilometer-long (40 mi) border with Gaza.

The underground wall is intended to counter the tunnels used by Hamas to launch attacks into Israel. Israel has not revealed the depth of the wall but says that it will be completed in 2019. 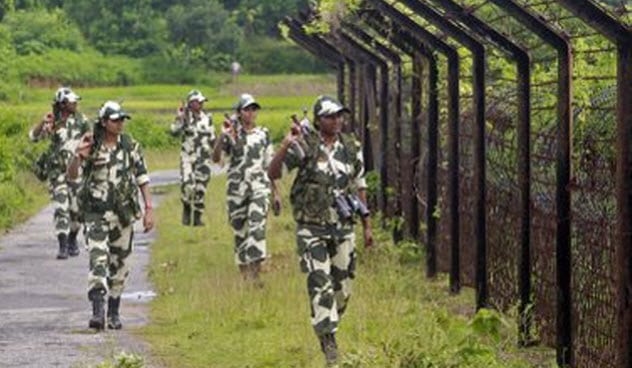 Seventy percent of India’s 4,100-kilometer-long (2,500 mi) border with Bangladesh is fenced. The 2.4-meter-high (8 ft) fence has barbed wire and, in some places, electric fence. The structure was erected in the 1980s after violence broke out in the Indian state of Assam over illegal Bangladeshi migrants in the state. Nevertheless, the fence has failed to achieve its purpose because Bangladeshi immigrants and even terrorists still get through.

Corrupt border guards collect bribes from illegal Bangladeshi immigrants to allow them into the country. Some illegal immigrants also use fake papers to beat the system. Others just pass through the rivers at the border, areas which are obviously unfenced and account for 1,116 kilometers (693 mi) of the border.

India has also been criticized for the heavy-handed manner with which it keeps out illegal Bangladeshi migrants. Indian border guards killed 900 Bangladeshis between 2001 and 2010.[10]

Some were not even illegal immigrants. They only happened to be Bangladeshi farmers with farms close to the border. Others were killed while returning to Bangladesh after illegally crossing the border to visit relatives on the Indian side.

Read more surprising facts about border walls on 10 Grim Separation Walls From Around The World and Top 10 Things You Didn’t Know About The Berlin Wall.