Art is a difficult profession. You can spend decades learning the skills of drawing, draftsmanship, and composition. Still, you will be no good if you lack natural aptitude.

Of course, you can always go another way: Slap some paint on a canvas, and sell it for millions. Here are 10 artists who created works with a single color. Whether they are great works or not depends on your interpretation of their meaning. 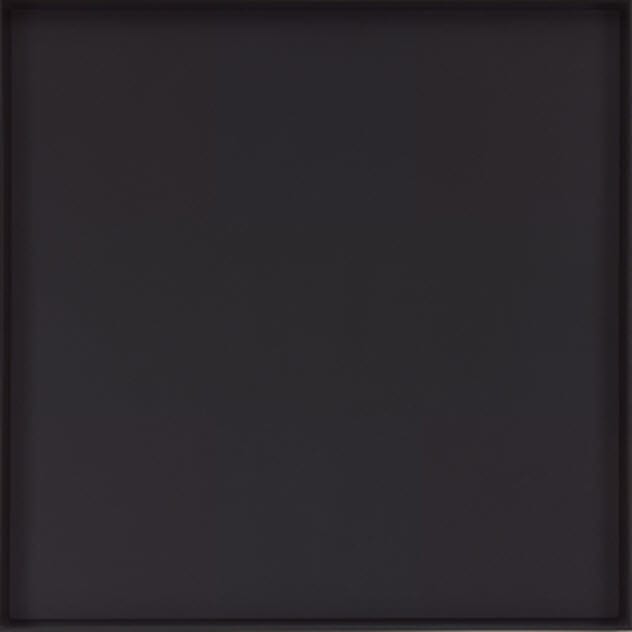 Adolf “Ad” Reinhardt was an abstract painter from New York who was an early proponent of abstract expressionism—the subconscious application of colors and shapes. His early works included geometric forms and other traditional techniques. After the 1940s, however, he moved into works composed of entirely one color.

For the last 10 years of his life, he only produced a series of square canvases painted entirely black. These were described as his “ultimate paintings.” After he had painted these black squares, he believed that there would be nothing left for anyone to paint.[1]

At first glance, they may appear entirely featureless. But there are subtle variations. To notice them demands a lot of time and effort that not everyone is willing to give. When they were first displayed at the Museum of Modern Art in New York, one visitor canceled his membership in protest. 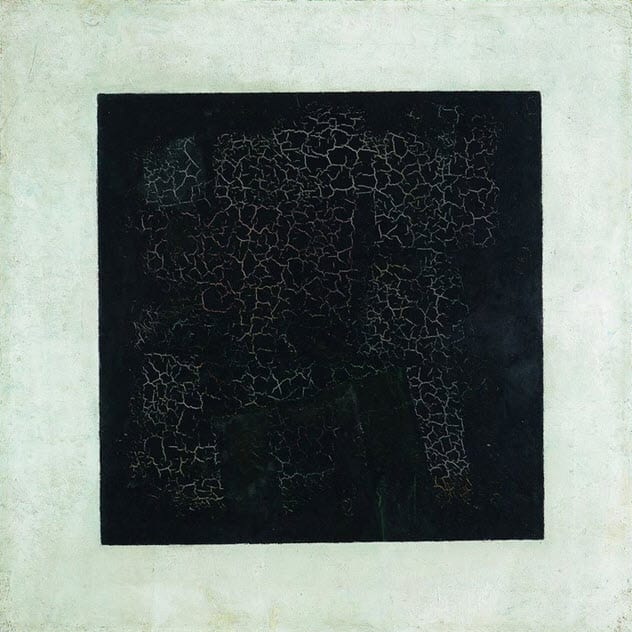 In 1913, the year that Ad Reinhardt was born, Kazimir Malevich prefigured his ultimate paintings with his own black square. While Reinhardt filled his canvas with black, Malevich simply painted a black square in the center of his creation. He wrote, “In the year 1913, trying desperately to free art from the dead weight of the real world, I took refuge in the form of the square.”

Black Square was described by some as the “first time someone made a painting that wasn’t of something.” It was also called the “zero point of art” by Malevich himself to mark everything that came after it as modern.

Although the painting was once a uniform black, age has made a crazed path of cracks across the surface to reveal the white beneath.[2] 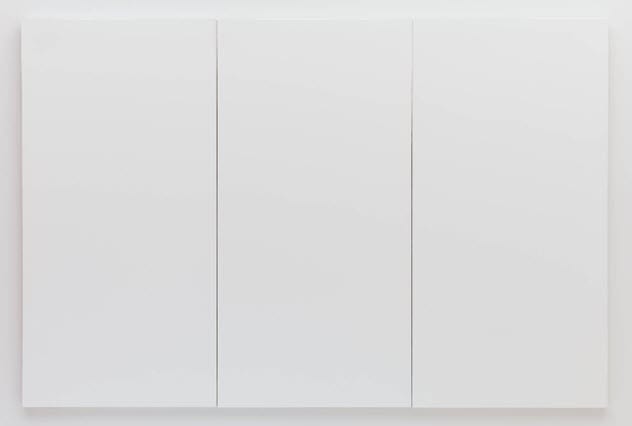 Yet another series of black paintings was produced by Robert Rauschenberg in the early years of his career. Painted over newspaper glued to canvas, they look like peeling bark. But he also produced a series of white paintings.

The five paintings in the White series are actually collections of one, two, three, four, or seven identical white canvases to be hung together. When first exhibited, they were considered a cheap trick, but they can now be found in galleries around the world. As the paint degraded with time, they had to be repainted various times by Rauschenberg’s friends to maintain them.

Rauschenberg was a friend of the composer John Cage. He famously wrote a piece of music called 4’33”, where a pianist or other instrumental performers sit silently for 4 minutes and 33 seconds. As a result, the piece is composed of sounds of the environment. Perhaps, this is an ideal accompaniment to these paintings.[3] 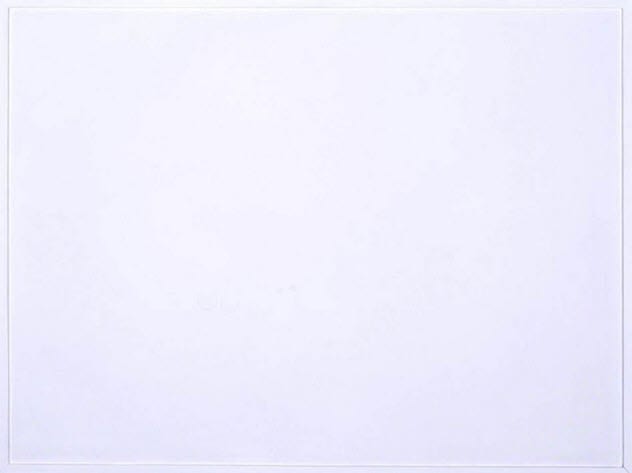 Li Yuan-chia, one of the most noteworthy Chinese artists of the 20th century, worked in painting, sculpture, furniture, and hanging mobiles. He created Monochrome White Painting in 1963. Although casual observation presents a blank white surface, there are features which can be detected at close range.[4]

Cardboard circles have been attached to the canvas and painted over in the same white as the background. Li described the circles as “cosmic points.” He considered the dots to be the beginning and end of all things. These points were related to the position of things within the boundless space of the universe. The painting was originally titled 2=2-2. 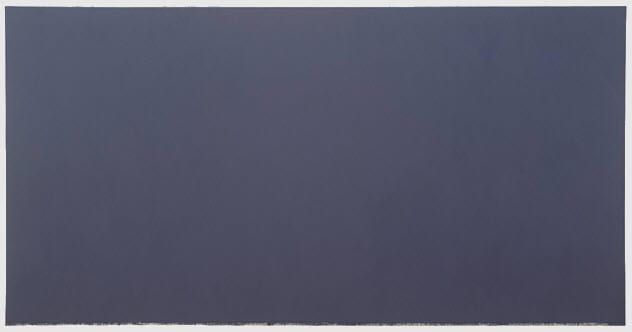 Brice Marden named The Dylan Painting after his friend Bob Dylan because Marden was creating it to help the singer’s career. However, by the time the artwork was completed, Dylan, a future Nobel Laureate, was already more famous than Marden. So the painting remained with Marden.[5]

The canvas was painted with turpentine and beeswax, a combo to which the gray color had been added. Then the artist used a spatula to flatten the surface while leaving marks to add evidence of his work. There was also a strip of unpainted canvas left bare at the bottom of the artwork. Paint was allowed to drip there, and other marks remained to show the process of creation. 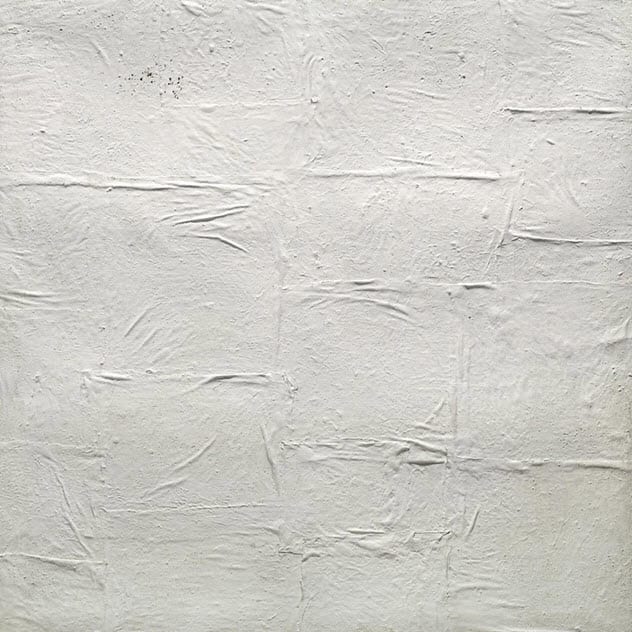 Piero Manzoni is best known for his ironic take on art. His greatest work was titled Artist’s Shit. Ninety cans were supposedly filled with the artist’s waste and sold at the price of each can’s weight in gold. However, he worked in slightly more traditional media as well.

His series of works called Achromes look white but were described by the artist as colorless. He began the series with simple white canvases. Sometimes, they were heavily painted to show the texture of the paints. Later works were gouged and crossed with lines.

Toward the end of the series, Manzoni stopped using canvas and began using cotton, acrylic resin, fiberglass, and painted bread rolls. He also started to tint his works with pigments that would change color over time.[6] 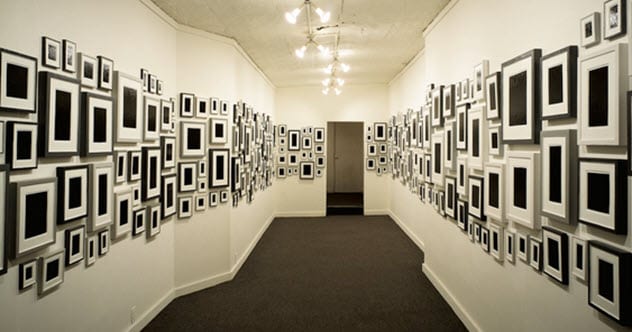 Allan McCollum has reduced paintings to a generic form. His works are placeholders for paintings. Although his pieces look like paintings in frames, they are actually plaster casts which have been painted to look like that. There isn’t any difference between the painting inside and the frame. No two are identical. They are mass-produced yet handmade works.[7]

The painting inside each “frame” is perfectly featureless with no trace of the artist’s hand. His studio is set up like a production line, with his assistants taking roles in each stage. The Surrogate Paintings bridge the gap between art and automation. 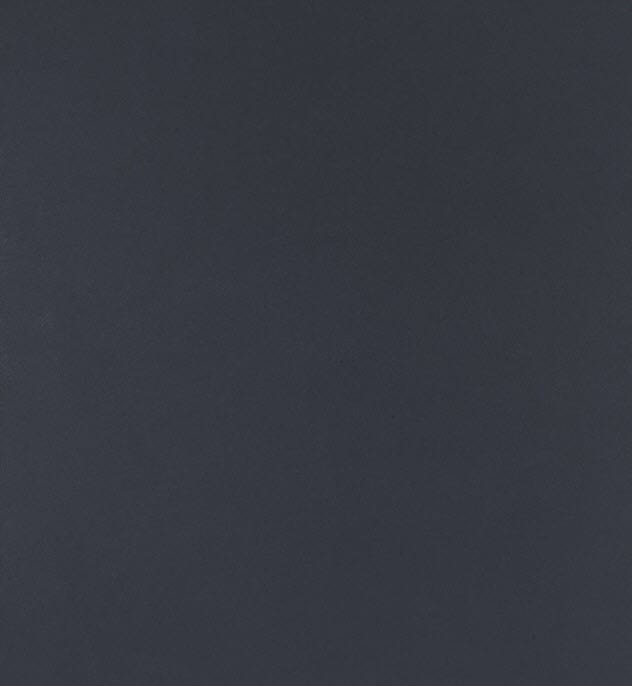 Gerhard Richter’s paintings range from richly detailed, almost photo-realistic portraits to brightly colored abstracts. He has even designed a stained glass window for Cologne Cathedral which is formed of squares of vibrant glass. In addition to these works, he has created a series of “grey paintings.”

In varying shades of gray, the paintings run from featureless matte works to complex patterns. The majority were created in the 1960s and ’70s. Richter considers “grey” to be the perfect color to represent nothingness. He explained, “It does not trigger off feelings or associations, it is actually neither visible nor invisible.”[8] 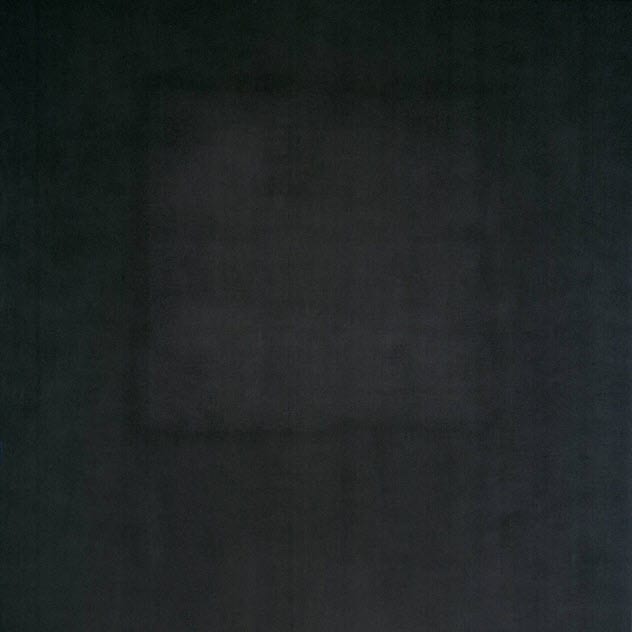 Shirazeh Houshiary is an Iranian artist and former nominee for the prestigious Turner Prize. Her works in conceptual art hang in the New York Museum of Modern Art and the Tate Collection.

Her 1999 painting Veil appears to be a simple painted black square. She considers Veil to be a self-portrait. The artist wrote Sufi phrases in Arabic on the black painted canvas in graphite. Even at close range, these are almost impossible to see. Houshiary considers her works as somewhere between painting and drawing.[9] 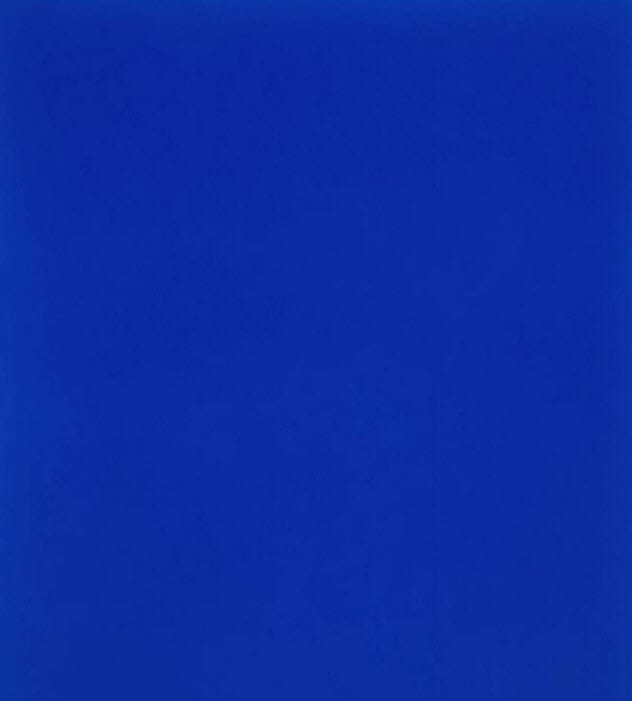 Traditionally, blue was a rare color in art. The sources for blue paint were often expensive because it was hard to produce. Lapis lazuli, the pigment in ultramarine, had to be imported from Afghanistan. Yves Klein decided that blue would be the medium of his life.[10]

In 1946, while lying on a beach with his friends, Klein stared up at the blue sky. He took his hand and signed his name on the sky, claiming it as his own. As he described the event:

“That day, as I lay stretched upon the beach of Nice, I began to feel hatred for birds which flew back and forth across my blue sky, cloudless sky, because they tried to bore holes in my greatest and most beautiful work.”

Working with a pigment maker, he created—and trademarked—his own version of ultramarine called “International Klein Blue.”

For more lists like this, check out Top 10 Terrifying Paintings By Great Artists and 10 Hidden Images Discovered Beneath Famous Classic Paintings.