Throughout history, many men have been considered to be evil, cruel human beings for one reason or another. Homosexuals have fallen victim to this distinction just as readily as heterosexuals. It is important to realize that the reason behind the wickedness credited to each of these famous individuals may not seem so significant today. Needless to say, these men are not evil because of their sexual orientation – they are evil men regardless. 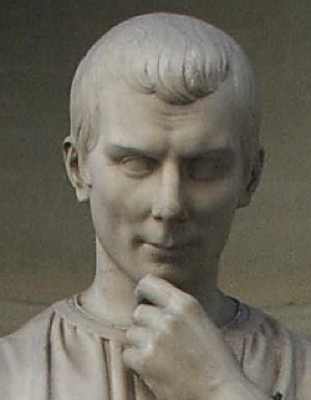 Born in 1469, Niccolo di Bernardo dei Machiavelli, more commonly referred to as simply Machiavelli, was considered an evil man primarily because his thoughts, both written and spoken, were new and unusual. As a result, his writings were found to be diabolical in nature, partly because they were viewed as attacks on people of importance at the time, including the clergy. He was an Italian diplomat, philosopher, historian, and writer. The people of his era believed he was evil because he supported the use of evil to gain power, a premise thoroughly explored in his short book, entitled The Prince. Many people like to use the word Machiavellian when describing individuals with questionable ethics or no sense of morality. Machiavelli died in 1527. 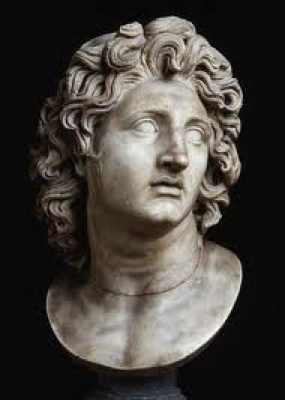 Born in 356 BC, Alexander the Great rose to power as a great military leader. It is this success that often gives him the reputation of having been an evil man. At the age of 16, his father left him in charge of all of Macedonia, a task that quickly taught him the power of armies, invasions, and killing. He had many enemies executed to get rid of them and conquered many civilizations. As a result, he is portrayed as an evil conqueror nearly as often as he is a hero. Unfettered by the social conventions of later eras, Alexander the Great openly expressed his love of his best friend, Hephaestion. 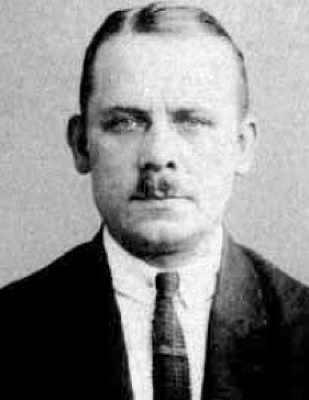 Born in Germany to a working class parents in 1879, Fritz Haarmann, a homosexual, spent time in the German army before being discharged and placed in a sanatorium. After his release, he rejoined the army, fighting during WWI. Known as one of the most infamous mass murderers in Germany, Haarmann committed vampire-like killings involving at least twenty young men with the possibly of a total number of as many as fifty killings. Haarmann chose a life of depravity in which he befriended young, hungry, male refugees, offering them food only to fall upon them, chewing at their throats until he nearly separated the heads from the bodies. 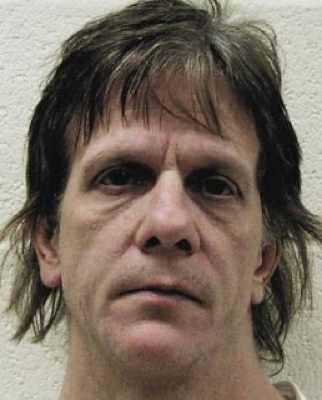 Born in Connellsville, Pennsylvania in 1954, David Edward Maust died in January 2006 as the result of his own hand when he committed suicide. A serial, self-professed homosexual killer of young boys, Maust was deeply troubled as a child and received psychiatric care at the time. He was charged with a total of five murders for which he was suspected, including one that occurred in 1974, one during the 1980s, and three subsequent ones. The bodies of three of his victims were discovered beneath concrete slabs in the basement of a residential dwelling. 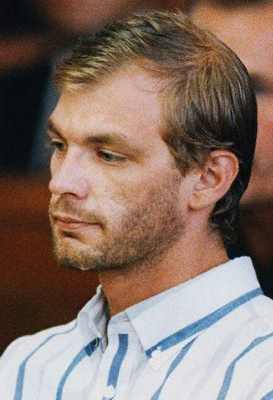 Born in Milwaukee to parents Lionel Herbert Dahmer and Joyce Annette Flint on May 21, 1960, Jeffrey Lionel Dahmer was a homosexual who went on a killing and raping spree starting at the age of eighteen. Dahmer, who had a strong sexual attraction toward young, dead men would kidnap, drug, rape, and then eat his victims. Choosing many of his victims at local gay bars, Dahmer selected young teenagers who would be more easily controlled and dominated by him. Convicted of 15 murders, Dahmer was sent to prison, where he was murdered by another inmate. 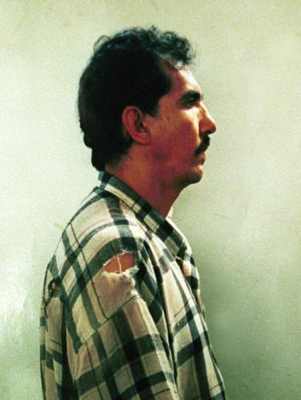 Even the nickname of Luis Alfredo Garavito, “The Beast,” suggests that he is a truly evil individual. Born in 1957 in Colombia, Garavito is responsible for the rape, torture, and mutilation of approximately 140 boys during the years between 1992 and 1999. The children were lured with promises of food and drink. His preferred method of killing involves the use of a screwdriver and/or knife. He is currently serving a prison sentence of 1,853 years. Garavito confessed to these crimes, and possibly more, providing a map that depicts the locations of more than 300 skeletons. 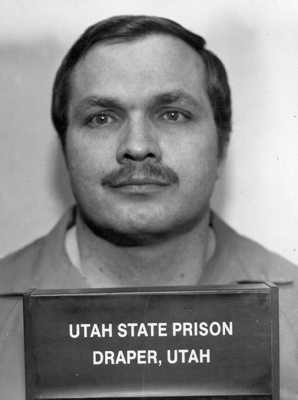 Born in Utah in 1951, Arthur Gary Bishop grew up as the good son of devout Mormon parents. Educated and intelligent, Bishop was never popular. He completed his service of acting as a Mormon missionary as required and began to attend a business school. Soon, however, he was accused of embezzling during his job as a bookkeeper. Despite his easy success, he soon allowed himself to be drawn into the world of child pornography. Bishop’s compulsions escalated until he began to abduct, torture and murder young boys. It later came out that Bishop had molested dozens of young boys, whose parents never reported the crimes to police until well after the events occurred. 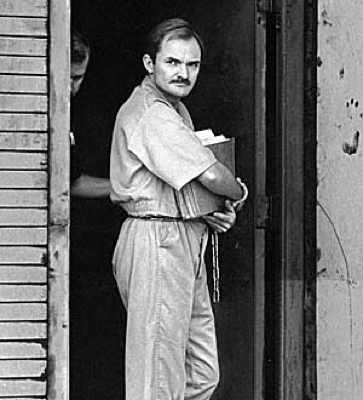 Randy Steven Kraft was born in 1945 in California. He was the only son of his parents and had three sisters. Scoring high on a job-related intelligence test, Kraft had good opportunities, obtaining high security clearances from the U.S. Air Force. Kraft enjoyed taking Polaroids of his victims, many of whom were posed on his couch, at the home he shared with his gay lover, adding to the wealth of evidence stacking up against this killer. He was convicted of sixteen murders that took place between 1972 and 1983. 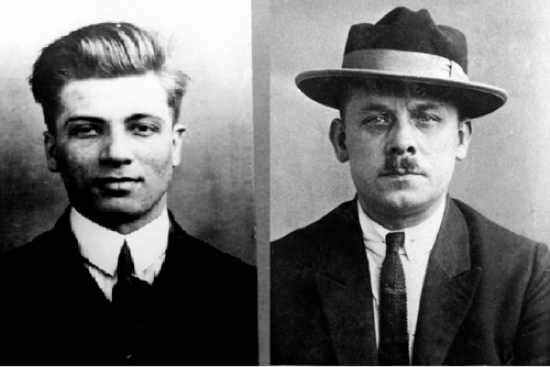 Hans Grans is responsible for leading Haarmann, his lover, into the less savory aspects of the homosexual community of Hanover, Germany. Together the two of them sold the flesh of Haarmann’s victims to unsuspecting customers as “black-market” beef. Grans watched while Haarmann murdered young men, enjoying the savage display and even instigating it on occasion. Although he was originally sentenced to death for his part in the killings, Grans was exonerated by Haarmann and had his sentence reduced to 12 years after which he was released from prison. He died in 1975. 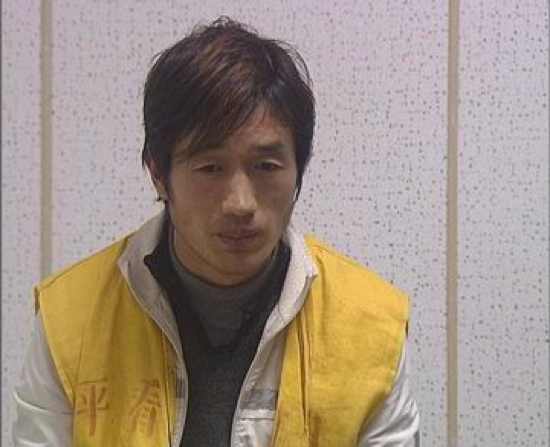 Born in the Henan Province, China in 1974, Huang Yong was convicted of killing at least seventeen young males during the years of 2001 and 2003. He is suspected of killing as many as twenty-five young men. He picked up these young individuals with the intention of killing them. His stalking grounds consisted or Internet cafes and video arcades. Yong kept the belts of his victims for souvenirs, burying their bodies in various places on his property. Yong was arrested after his eighteenth victim escaped and came forward. He was executed in November of 2003.