I can’t help myself when it comes to facts and misconceptions – I love them. It is probably my favorite Listverse category in fact. We already have a huge number of lists dealing with this topic but there is always room for more. Below we look at 15 misconceptions previously not covered here. Enjoy. 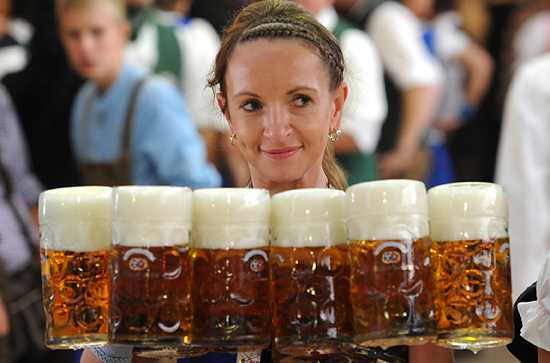 1. Vertigo is not a fear of heights – the fear of heights is acrophobia (from Greek “akros” meaning “highest”). Vertigo (“whirling” from Latin) is the sensation of moving when you are standing still – a kind of dizziness. It is a commonly recognized medical disorder.

2. Microwave ovens don’t cook food from the inside out. In cooking in a microwave the “skin effect” takes place – this is the scientific effect whereby electricity flows most strongly at the surface (or skin) of the conducting object (food in this case). The further away from the skin, the weaker the effect of the current. This why you can defrost a steak in the microwave only to find the outside turned to rubber and the inside still frozen.

3. Russia’s October revolution is not celebrated in October because the calendar in use on the day of the revolution was the Julian calendar. When Russia adopted the Gregorian calendar the following year, October 25 ended up becoming November 7.

4. Speaking of dates: Octoberfest is not in October – well, it is in part. It actually starts in September and ends in the first week of October. Given that it runs for 16 days, the majority of the beer drinking festival is in September.

5. It is a myth – most likely due to television and movies – that you need to wait twenty-four hours to file a missing persons report. You can do so at anytime if you think someone is missing. Of course the police may not immediately act if the missing person is an adult with a penchant for sneaking off to the bar on regular occasions, but they will definitely act fast if it is a child who hasn’t returned home from school. 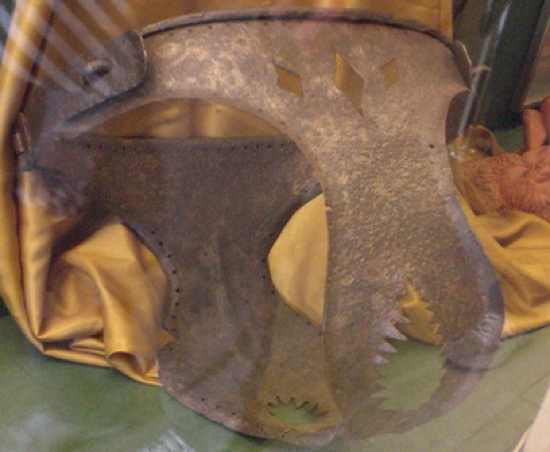 6. In the old days there was no such thing as “ye olde shoppe” – “ye” has never meant “the” but it was (and still is in parts of Ireland) a word for “you.” The confusion has come about because “the” was spelled with a letter “thorn” that we no longer use in English: “Þe” – this was pronounced just like “the” today. When the printing press came along it was missing the letter “thorn” so a ‘y’ was substituted.

7. Carrying on that line of thought: “thou, thee, thine” are actually informal words though we often use them today when jokingly implying formality. Over time the informal pronouns dropped out of English and were replaced by the plural (or formal singular). Thus, in the Bible we see “You” used for God and “thou” for everyone else. Interestingly (and embarrassingly, no doubt) Joseph Smith used the reverse in his “translation” of the Book of Mormon.

8. Muscle does not turn to fat if you don’t exercise. Fat is something stored in fat cells or used by the body for energy – a muscle can no longer turn into fat molecules than a cat into a dog. When you don’t exercise your muscles can reduce in mass – but that does not mean your fat levels will change in any way necessarily.

9. Helen Keller wasn’t born blind and deaf – it was an illness when she was one that caused her loss of sight and hearing. By the time her famous teacher came along at age seven, Helen was using 60 or so signs that she could use to communicate with her mother.

10. The Middle Ages produced some unusual things but, contrary to popular belief (thanks again Hollywood) chastity belts are an invention of the equally weird Victorian Times. They were invented not to stop women becoming pregnant to the wrong man but as an anti-masturbatory device. Sorry ladies.

11. Embassies and consulates are not “part of the country they represent” – the are part of the host country. The US Embassy in Iraq for example is not “US soil” – it is Iraqi soil. Despite this, certainly privileges are afforded embassies and their staff as determined by international law and agreements.

12. White clothes are not the best at keeping you cool. While it is true that white fabric in clothes reflects the heat of the sun away from the body, the same process happens on the inside – your clothes reflect your body head back at you. Black or dark clothes are more efficient at taking away the heat your body produces. In very hot climates you are best to wear black and avoid direct sunlight – which is the common practice in most Arabian countries.

13. Paper money is not made from paper – it is made from cotton and linen pressed together with gelatin. This is because it retains its color better and lasts longer than it would were it made from paper. In some countries paper money has been replaced with plastic money.

14. Urinating on a jellyfish sting is not the best move in an urgent situation – not only will it not help, it will probably make it worse. Most jellyfish stings react to fresh water and urine is very similar to that in that it lacks the high salt content of the sea. Using urine or fresh water to clean the sting area can cause unopened sting buds to open – worsening the pain and effect. The best thing to do is wash the sting with sea water and seek medical attention (many jellyfish stings are deadly and can cause anaphylactic shock).

15. The Wall Street crash did not lead to a rash of suicides. In the time shortly after the crash only two suicides were recorded and neither had anything to do with money. In reality, the bankers, the investors, and regular people who lost money just worked hard to try to recover from their financial losses.