Bog Bodies, or the Bog People, are extremely well preserved and ancient corpses that have been discovered all over northwestern Europe. Typically Bog Bodies are found when workers drain sphagnum bogs and extract the peat moss. No one knows for sure how many Bog People have been uncovered in the past. Today, documented discoveries of Bog Bodies number around 700. 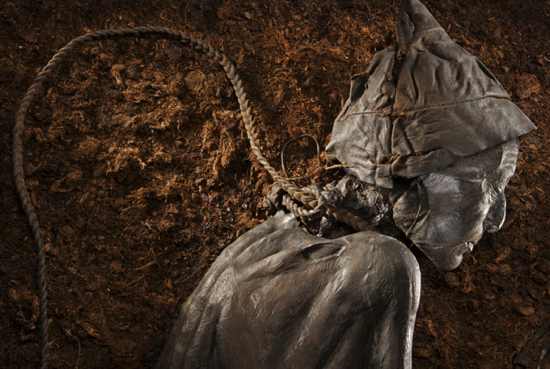 Bog Bodies can be found in various states. Some are merely skeletons and can only reveal a limited amount of information to scientists. Others are partially preserved and may still hold some clues as to who they were or how they died. Finally, there are those that have been completely preserved with their clothes still intact and their facial expressions the very same as they had been when they were buried. The most intriguing thing about these intact Bog Bodies is what the reveal about the manner in which they died.

The Hildremose Woman was found in Denmark. She is suspected to have died between 160 BC and 340 AD. Her body was mutilated so badly that one of her arms was completely cut off.

The body of a sixteen year-old girl was found in Holland. She most likely died between 170 BC and 230 AD. Her body showed signs of strangulation. Indeed there was a length of rope still around her neck.

The Elling Woman was found in Denmark. She probably died between 160 BC and 340 AD. She was hanged and the noose that was used to kill her was still around her neck when she was discovered.

The Tollund Man is probably the most disturbing of all the Bog Bodies. His face is perfectly preserved and lifelike. He could almost be sleeping, were it not for the unnatural color of his face. He still wears a hat that was on his head at the time of death. He was between 30-40 years-old when he died. He was hung, similarly to the Elling Woman. The noose remains as well.

The Bog Bodies are able to be so well preserved because of where they are buried. Though it is important to note that they were not actually buried, they were placed in the bog water and covered with branches. The bogs in which these bodies were placed are near saltwater. The peat moss in these bogs collects the salt from the air and releases acid into the bog water. The water then permeates throughout the cells in the corpse.

Because of the acid, bacteria cannot survive in these bogs, so the bodies do not decompose as they normally would. If there is enough acid in the water, the bones of the corpse will disintegrate, leaving only the skin and hair. Calverous bogs will do the opposite and leave only the skeleton. The process that preserves the bodies intact leaves the flesh of the corpse a dark leathery brown. It is believed that only bodies that are dumped in the bogs when the water is frigid, will be preserved.

The oldest of the Bog Bodies dates from around 8000 BC and the youngest from early medieval times. The clothing found on some of these bodies is preserved perfectly with them and can tell us a lot about the clothing of their time. Scarves, hats, belts, shoes, capes and skirts have been found on the Bog Bodies. Most of them are made of woven wool or leather. Scientists have also been able to analyze the contents of some of the Bog People’s stomachs. A lot of them seem to have eaten gruel shortly before their death. This leads some to believe that they were given a last meal before they were sacrificed. Other Bog Bodies appear to have been recipients of trepanning surgery.

Bog Bodies have been found in other places, but none are as well preserved as the mysterious Bog People of northwestern Europe. These bodies have given quite a bit of insight into the people of their various times, but still hold many secrets. We can get a good glimpse of the food they ate, the weapons they used and the clothing they wore, but the reason some of them were murdered is still a matter of debate. There are probably many more left undiscovered. Who knows what may be learned about them in the future?

Related Video
QED The Body in the Bog (1 of 2) 1985
Bog Mummies | Explore: Mystery of the Mummy Murders
Gallery 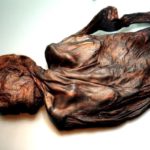 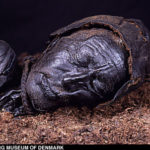 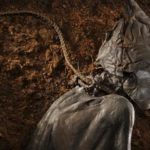 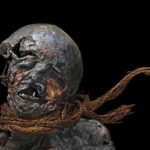 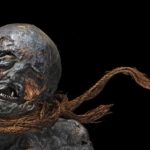 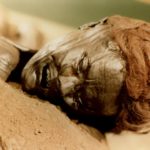 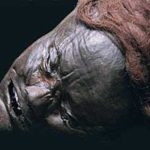 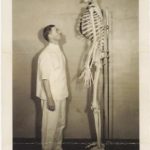