In the art world, nothing hurts a career or bruises the ego like a misinterpreted artwork. That is why it’s such a shame that, hundreds of years after their conception and creation, some of the world’s most renowned artistic pieces are still frequently misinterpreted or misunderstood.

This list looks at ten of the most frequently misinterpreted works in art history. In some cases, viewers couldn’t help but be distracted by one specific aspect. Other times, people simply assumed a work of art had a deeper meaning than it did. And sometimes, a decidedly risque piece of art seems tame to those unfamiliar with the painting’s era. 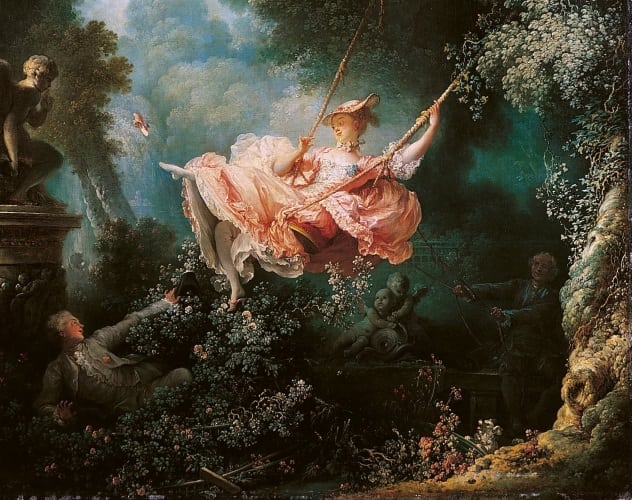 This famous rococo painting, also known as The Happy Accidents of the Swing, is certainly a boisterous and jovial image. It even managed to briefly appear in Disney’s Frozen during a particularly happy scene. However, Fragonard had a more mature meaning in mind for his work than Disney might care to elicit. That’s right: This beautiful work of art is about sex.

The painting depicts a young woman swinging carelessly in a romantic garden, enjoying the company of her young lover while her cuckolded husband stands in the distance, completely unaware of the other man’s presence. If it’s not enough that the young man is looking right up her dress, the image is crowded with rose bushes, which, in rococo art, was a classic symbol of female sexuality. Also, the young lover has thrust his cap into the bushes. It might seem odd, but at the time, a man’s cap was often used to conceal an erection. The hat in the bush, therefore, is a pretty blatant lowbrow pun.[1] Another clue is the woman’s shoe, which has been cast off in her swinging movement. It doesn’t take a scholar to know the traditional, long-abandoned connection between exposed feet or ankles and sexual desires.

While The Swing is undeniably a beautiful image, we all kind of wish someone had taught us the story behind this one before we started broadcasting it in children’s movies.

9 The Rape Of The Daughters Of Leucippus
Peter Paul Rubens 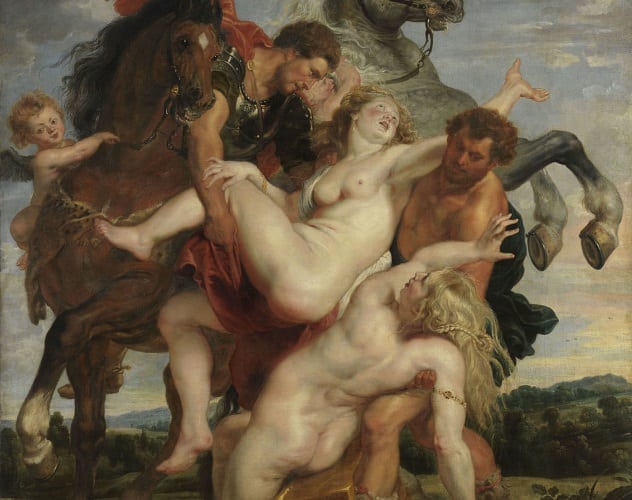 This next one actually has a habit of being doubly misinterpreted. Firstly, the painting came into the public eye when artist Thomas Kucerovsky posted a comic titled “Wrong Century” on his private website. The comic features a larger woman admiring Rubens’s work, enamored with the unabashed nudity and full-figured beauty of the two women featured in the painting. The title refers, obviously, to the viewer’s deep desire to have existed in a time period that appreciated larger women such as herself.

After making the rounds on sites like Twitter and Tumblr, however, the comic was quickly slammed with criticism. Rubens’s painting, as its title suggests, certainly isn’t the body-positive image that Kucerovsky made it seem. In fact, the work depicts Phoebe and Hilaeira, daughters of the Greek figure Leucippus of Messenia, being violently abducted by Castor and Pollux to later become their reluctant brides.

The second misconception, however, is a little more uplifting. For obvious reasons, it’s commonly believed that the title refers to rape as it is known now. Fortunately for Phoebe and Hilaeira, the word in this context is related to the Latin origin, rapere, which meant to snatch or kidnap. That’s better, right?[2]

8 Luncheon On The Grass
Edouard Manet 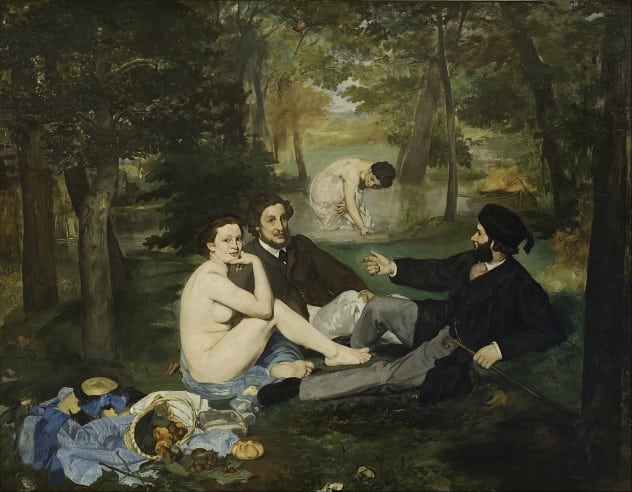 If you’ve ever taken a high school art class, you’ve probably come across this image before. Female nudity was increasingly common in classical art, although it was never particularly accepted, but we have to a certain degree become desensitized by famous nudes. However, even in a time when risque artists dared to paint women in all their naked glory, Manet’s work stood out from the rest.

The impressionist piece depicts a picnic featuring a naked woman gazing at the viewer while two Bourgeoisie men converse beside her, and a fully clothed woman is in the background. The image was unique in that, up until that point, painted nudes tended to depict goddesses such as Venus or Aphrodite. Manet’s subject is a common woman—a prostitute, in fact—and he sought to depict women not as immortal figures but as mortal and tangible beings. The painting may also possibly allude to the rampant prostitution problem France was faced with at the time.[3]

When the piece was presented to the jury of the 1863 Paris Salon, it was met immediately with widespread laughter and criticism. The painting was rejected, and Manet himself was left feeling like his work had been completely misinterpreted and misunderstood. Poor guy; we know how it feels. 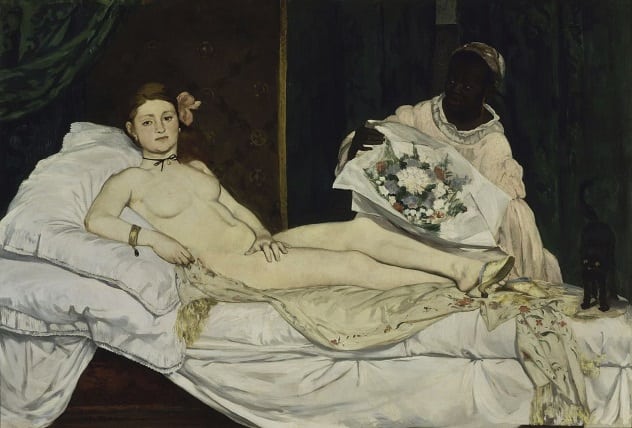 Very similar to Luncheon on the Grass, Manet’s Olympia also depicts a nude prostitute, and for this, it received immediate criticism and pure revulsion from the art community. The woman stares straight at the viewer, in a way that is both inherently sexual and humanizing.

Critics slammed the concept and chose to completely overlook the very real themes Manet exposed by painting realistic Parisian scenes. In fact, they were so engrossed with ignoring Manet’s intentions that they made little to no comments about the presence of the dark-skinned servant, who, in modern times, is thought to create a divide of light and dark between the two figures. Manet just couldn’t catch a break, but that never stopped him from voicing his distaste at modern society.[4]

6 The Persistence Of Memory
Salvador Dali 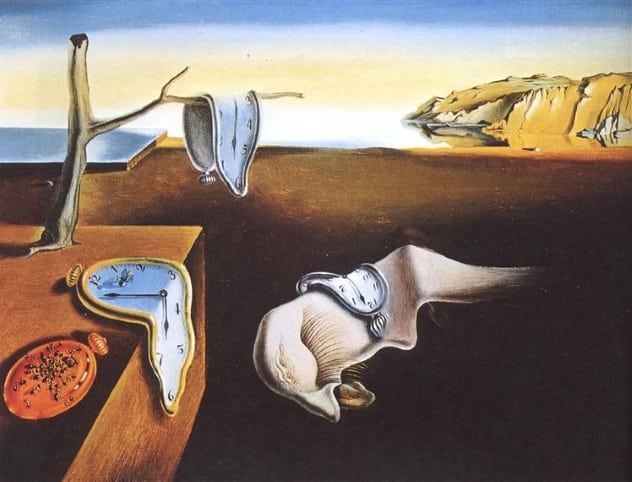 The Persistence of Memory, colloquially known as “Melting Clocks,” is a surrealist painting we all know and love. Its popularity is so widespread that it has made appearances in The Simpsons, and recently, companies have even started marketing Dali-themed timepieces!

Regardless of its popularity, Salvador Dali’s work was still misinterpreted by many an art critic when the now-famous painting was revealed in 1932. Many believed that the soft, egg-like pocket watches were a representation of the fluidity and malleability of our concept of time and space. This interpretation led to the belief that Dali possessed an Einstein-level understanding of the theory of relativity.

However, when questioned as to why he chose to paint his famous clocks, the artist replied that he was inspired by the image of camembert cheese melting in the sun. It’s not really what we were expecting, but it is very fittingly Dali’s style nonetheless.[5] 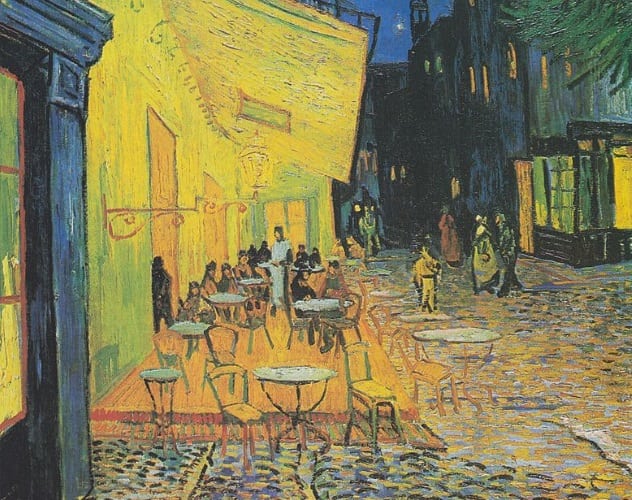 This one is more of a theory, but it has some pretty compelling arguments. Cafe Terrace at Night is one of those van Gogh paintings that you’ve probably seen hanging in a doctor’s office or splayed over a $2.99 jigsaw puzzle. However, it is speculated that the piece is actually a visual recreation of Da Vinci’s The Last Supper.

Van Gogh, the son of a minister, was a deeply religious man, so it’s not too far-fetched to believe that he might slip some religious imagery into his art. The painting depicts a simple street view of a cafe, at which are sat 12 figures, with one shadowy figure slipping off out of view. The standing central figure is dressed in white, while the others are dressed in red or black. The white figure is believed to represent Jesus and the shadowy figure Judas. The theory has been backed by various scholars and has yet to be disproved.[6] Seems plausible, don’t you think? 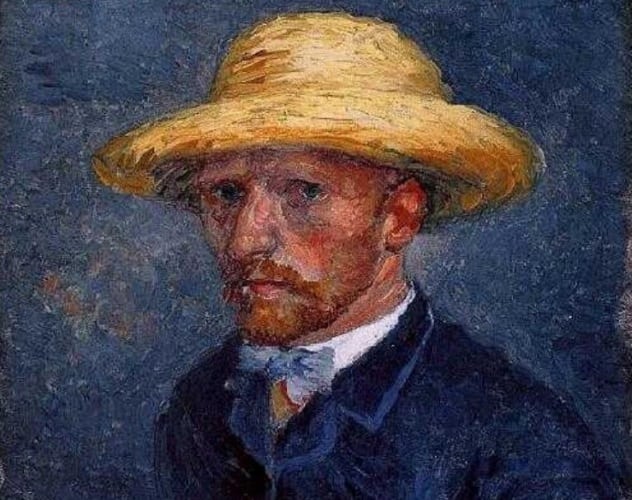 It seems only fitting that one of the most misunderstood artists in history be given two spots on this list. Portrait of Theo van Gogh, a small painting depicting a distressed-looking man, was for many years believed to be a self-portrait of Vincent van Gogh himself.

However, in a discovery that shocked art historians the world over, it was revealed over 120 years after its creation that the painting was not an image of Vincent but rather was a portrait of the artist’s brother, Theo, who bore a strikingly strong resemblance to Vincent. It just goes to show that even professional historians can be wrong, sometimes.[7] 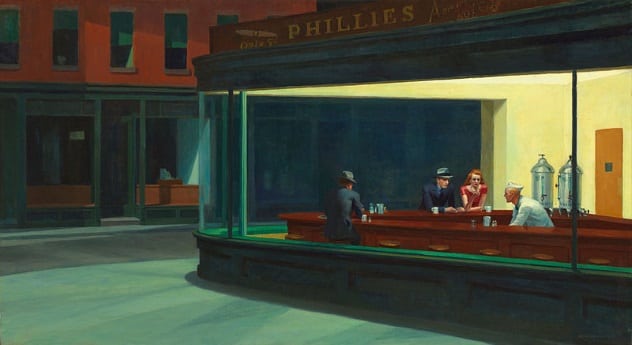 Hopper’s most famous work, Nighthawks depicts several lonely figures seated in a diner or milk bar at night. An empty street lies just outside, and a strong sense of loneliness simply radiates from the piece. Heightening this sense of isolation is the lack of a visible exit from the building, which both streamlines the image’s aesthetic and creates the feeling of imprisonment and helplessness.

However, what is certainly not suggested by the absence of a door is a Tumblr post[8] dating back to 2013, which reads:

February 24th, 1942: Edward Hopper completes his best known painting, the seminal Nighthawks. When asked by a Chicago Tribute reporter about the philosophical meaning behind the diner having no clearly visible exits Hopper responded, “S—t. F—k. I did it again. God—it. F—k. Not again. I did it again. S—t.” and slammed his hat on his leg.

Despite being shared and liked hundreds of thousands of times since its creation, the post remains completely unsourced and, as funny as it may be, simply is not true. We all need to trust that Hopper was a professional and knew exactly what he was doing. 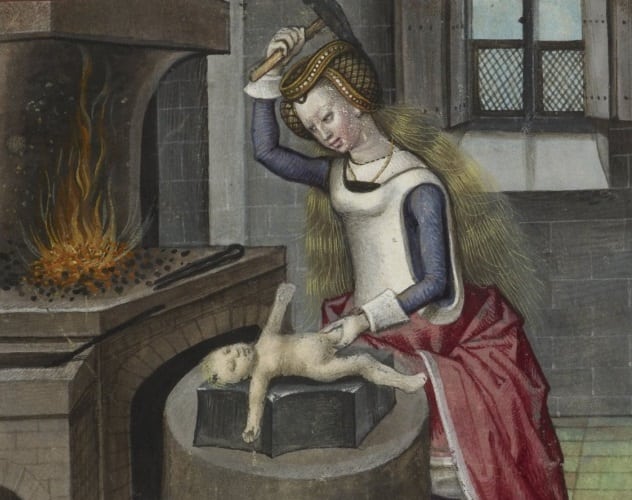 Not much is known about this painting, which comes from a manuscript of a 13th-century poem by Guillaume de Lorris and Jean de Meun, which has led to the image being frequently shown out of context.

Quite frankly, we really can’t blame anyone for misinterpreting this one. The painting clearly shows a woman striking a child with a hammer, with several grey, dead-looking babies lying to the side. However, as the title suggests, the woman is not a baby killer. She is actually a depiction of Mother Nature, serving her duty by creating children with a hammer and an anvil. Strange, we know.[9] 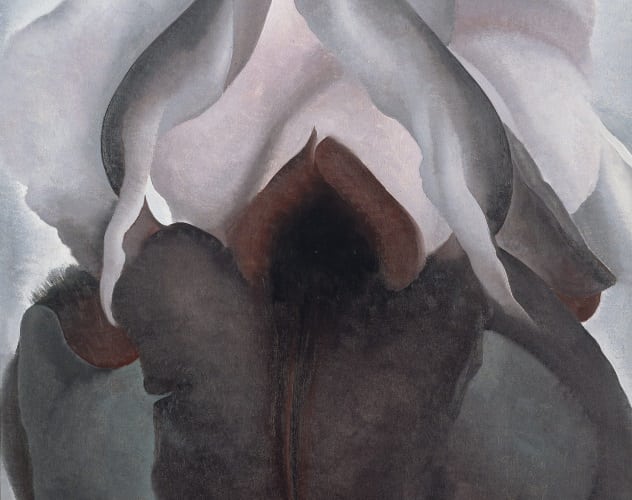 O’Keeffe is probably the most misinterpreted artist on this list, solely for the public’s reaction to her large paintings of flowers. Black Iris, just like all the other flowers O’Keeffe created, was famously believed to be a representation of the female genitalia.

It’s not a far-fetched assumption, given art’s history of associating women with flowers and other gentle imagery, but O’Keeffe vehemently refuted all claims that her artwork was in any way intended to be sexual. She even sought to dispel the rumors by increasing the level of detail in her work, but that only added to the flames.[10] Unfortunately for the late artist, O’Keeffe will very likely never shed this particular misconception surrounding her poignant artworks.

Alicia is a freelance writer and English tutor with a bachelor’s degree in English and creative writing.

For more things you may not have realized about classic works of art, check out 10 Hidden Secrets In History’s Greatest Artworks and 10 Great Easter Eggs Hidden In Works Of Art.