The Chindogu – meaning purposeless and, without being nasty to the inventor, pretty stupid inventions. Put it this way, these guys would be laughed off Dragon’s Den. But they’re embraced by Tokyoites. The Chindogu Society monitors these inventions stiffly and they must meet the criteria – inventions must be useless and for daily use which seems slightly contradictory but there you go. Here’s some of the best: 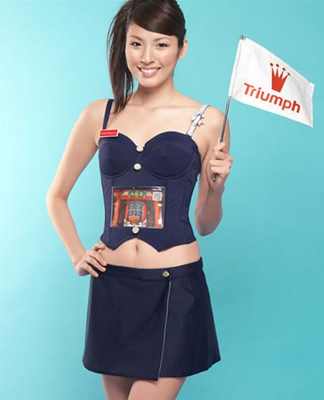 Lingerie maker Triumph Japan has heritage. These are the guys that gave the world the ‘Grow Your Own Rice’ bra. Bash a button and get a Welcome to Japan message in English, Chinese or Korean. Must make foreplay fun. 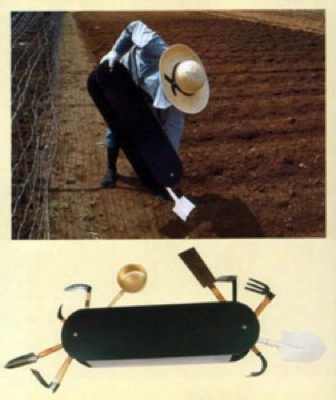 A giant Swiss Army knife for any acolyte of Alan Titchmarsh. There’s a shovel, rake, pickaxe and trowel amongst other things. Gardeners complain about bad backs all the time – they’ll probably be rushed in to the ER with a slipped disc after this thing. 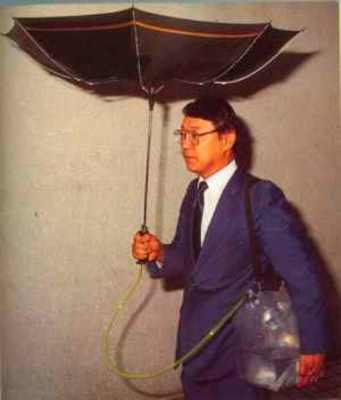 Thirsty but out of pocket? It’s an increasingly pertinent issue. So the people of Japan came up with this. An upside umbrella designed to catch raindrops which can then be refreshingly supped for free. The downside? You wear this monstrosity on top of your head. 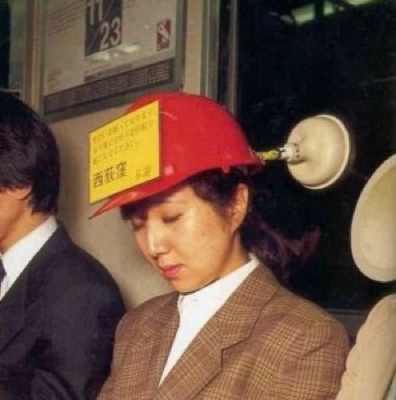 We’ve all been there. Fallen asleep on the tube waking up at the last stop with a collar coated in saliva and a bad case of bed-head. But no more. Subway-Sleepers, essentially a travel pillow, come complete with label so fellow passengers can wake you when you’re home. 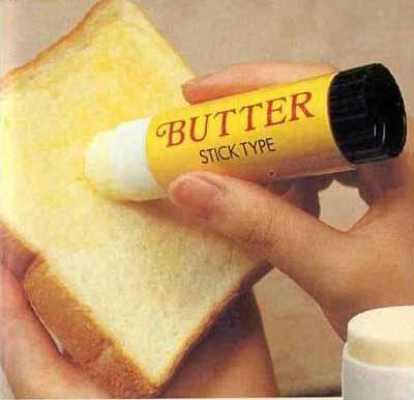 Tired of waiting for your butter to melt? Too hard to spread? All that’s a thing of the past with new Pritt Stick for butter. That’s not a typo. Let’s try again. Pritt. Stick. For. Butter. Let’s say no more. 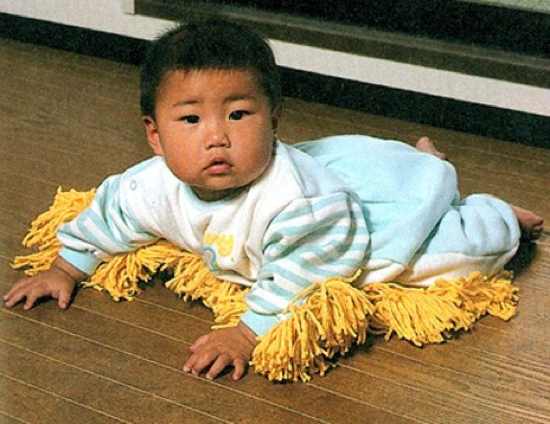 These Elvis-esque tasseled garments work like dusters with one minor difference – no elbow grease. Simply attach duster slippers to the cat and he’ll leave everything sparkling in his wake. No cat? Get baby grow duster for your crawling newborn instead. 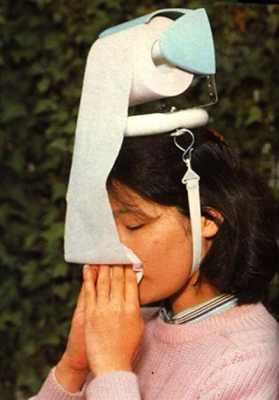 The name ‘hat’ is slightly misleading. Give credit where credit is due for the ingenious notion of never running out of tissues. But still, you just can’t ignore that this is essentially wearing a toilet roll on your head. 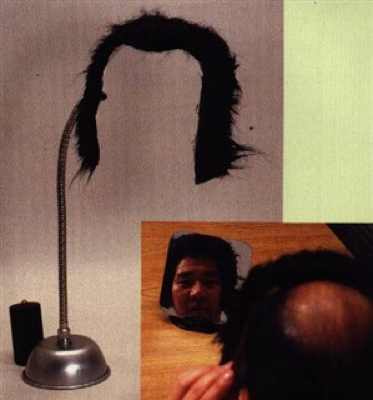 If there’s one thing bald men must miss it’s looking in the mirror to see a full head of hair staring back at them. Well, grieve no longer baldsters. This wig on a stick enables you to bring back the good ole hair years, and wave goodbye to the sane ones. 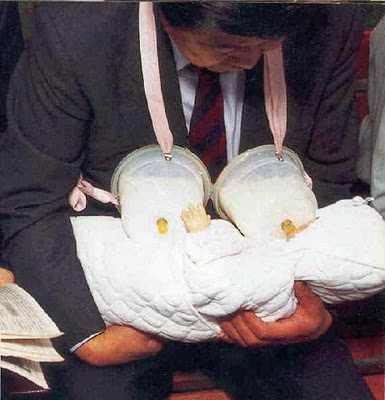 According to Freud, some women suffer from penis envy. Well not many men suffer from breast envy but perhaps that’s speaking too soon. Strap on breasts full to the brim with milk and dispensed through a nipple valve. 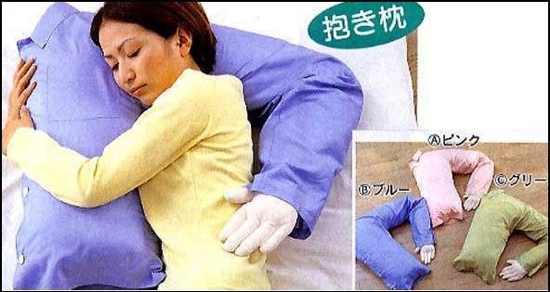 Basically a pair of fake legs for men to grab forty winks on during which time they can convince themselves they have a girlfriend. Lonely girls don’t miss out either, what with the torso and arm cuddle giving a shoulder to cry on. Avoid on public transport.