There were originally seven wonders of the ancient world but now only one remains. Fortunately there are some very good replicas around the world or other objects based on the originals so we can actually get a real life look at what most of them would have looked like. In looking at these pictures it certainly becomes clear why they were considered the great wonders of the world. Because the original list was of seven wonders I have added an additional three – one from Rome, one that was originally on the list but got removed, and one from Ethiopia (which is still standing). 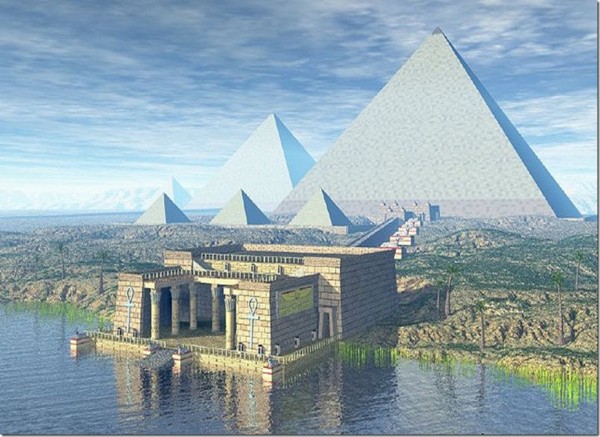 This is the only one of the original seven wonders still standing. And while you can visit today to see it – you can’t see it as it was originally built. The entire pyramid was clad on the outside with highly polished white limestone tiles. The pyramid would have glistened in the harsh Egyptian sun. Unfortunately in 1300 an earthquake loosened the majority of the tiles and they were consequently taken away to build mosques. 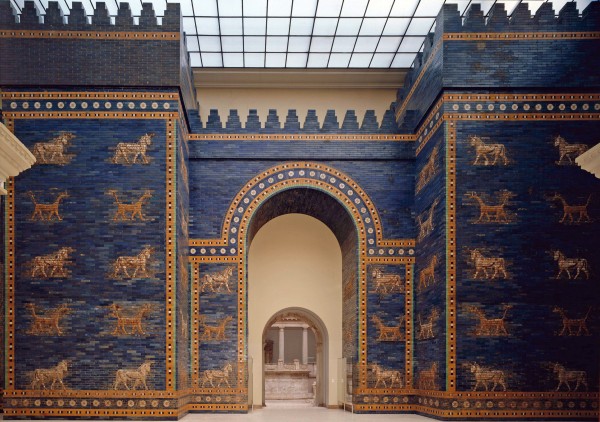 As part of the Walls of Babylon, the Ishtar Gate (eight gate into Babylon) found itself a place on the original list of wonders. Parts of the walls remain and some have been reconstructed. Using original parts of the Ishtar gate a replica was built in the 1930s in Berlin. That is what you see above. It is quite stunning and would, if restored to its original place in the reconstructed wall it would undoubtedly be a new modern wonder. 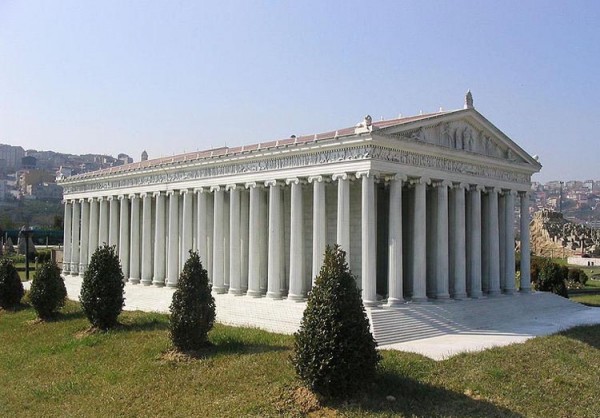 Pictured here is a reconstructed scale model of the Temple of Artemis – a temple dedicated to the daughter of Zeus (the equivalent of Rome’s Diana). The temple was rebuilt three times in its life but eventually it was destroyed in raids by the Goths who plundered it and set fire to the remains. Sadly all that remains today is a single column made from the ruins. 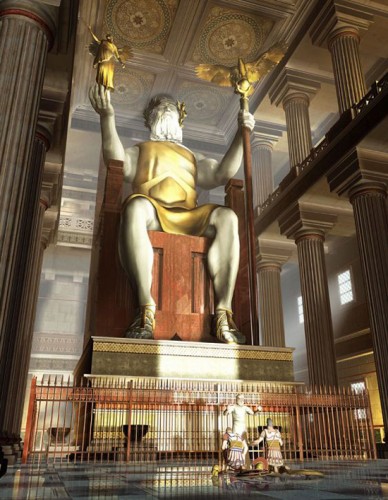 This vast statue was situated in the temple complex dedicated to Zeus – the supreme god of the ancient Greeks. He was so immense that it was said he would topple the roof of the temple if he stood up. He was made completely of ivory and gold-plated bronze – so one can imagine what he must have cost to build. How it was lost or destroyed is not entirely clear but it was most likely in the fire the destroyed the temple itself. 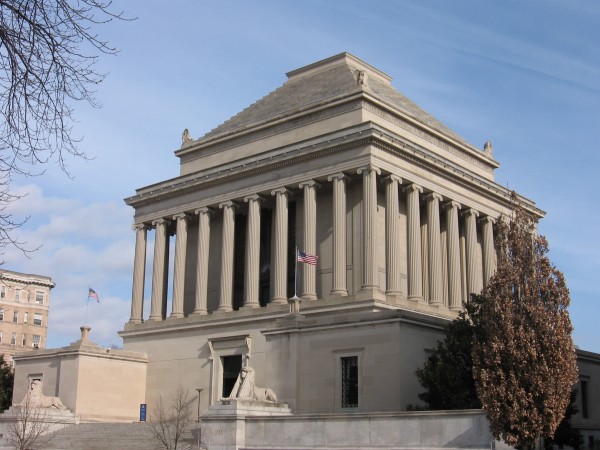 Pictured here is the House of the Temple in Washington DC. It is home to the Scottish Rite of Freemasonry. It was designed to be an exact replica of the lost Mausoleum at Halicarnassus. The original Mausoleum was built for Mausolus – a Persian Governor and its beauty was so great that Mausolus is now the source of our English term for an above-ground burial site. Earthquakes eventually led to its downfall and in the end invading Knights Hospitaller used its stones to strengthen their nearby castle. 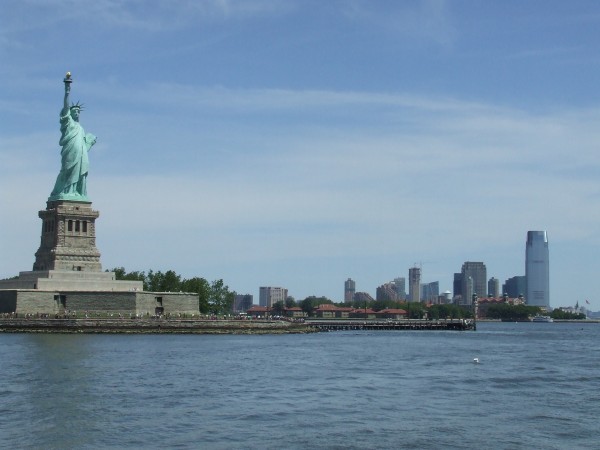 You may wonder why you see a photo of the statue of liberty above. That’s because it was designed and built to the scale and design of the original Colossus of Rhodes (at least as it was believed to have looked at the time Liberty was constructed). This at least gives you an idea of how large the Colossus was and why – in ancient times – it would have been a wonder to behold. In 226 BC the Rhodes earthquake toppled the statue which lay on the ground for nearly 900 years. Eventually the remains were sold by a Muslim conqueror to a Jewish merchant who sold them for scrap. 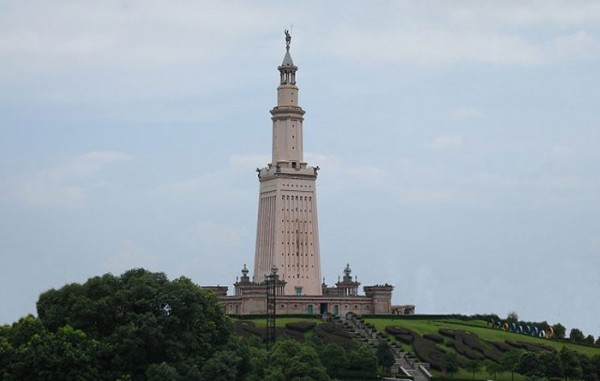 Pictured is a life-sized replica of the Lighthouse at Alexandria which can be found in China. The original stood on the island of Pharos and was designed to guide sailors into the Alexandrian port. Like so many on this list, the lighthouse was destroyed by an earthquake and in the end a medieval fortress was built in the same location from the ruins. 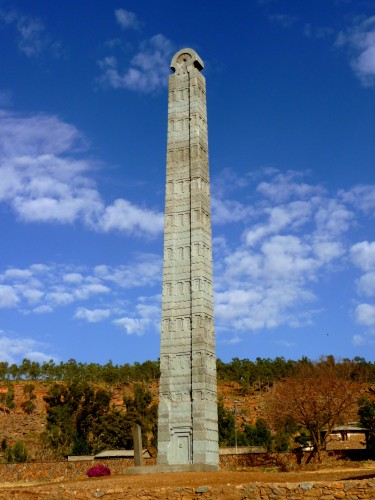 The Obelisk of Axum is on this list as it really is an ancient wonder but it never made the list – perhaps because Ethiopia was too far to travel for most and the Seven Wonders was a kind of tourists guide book. The obelisk was designed as a marker for a burial site (many other exist too). In 1937 the Fascists who had conquered Ethiopia dismantled it and took it to Rome, but when relations warmed between modern Ethiopia and Italy, it was repatriated in 2005. 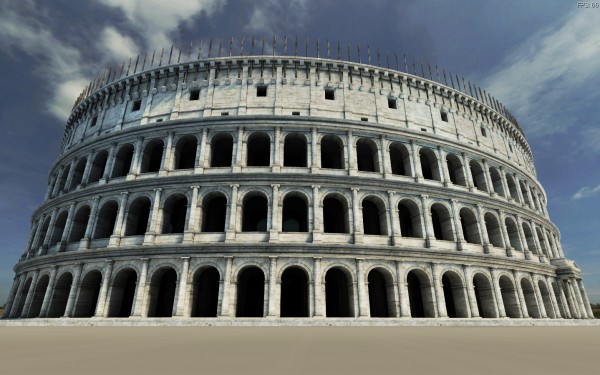 Pictured here is how the great Colosseum in Rome would have looked before it was damaged in 1349 by a great earthquake. It was used thereafter by religious orders, families as housing, and even as a cemetery. Its stones were plundered over the centuries and used in other buildings. 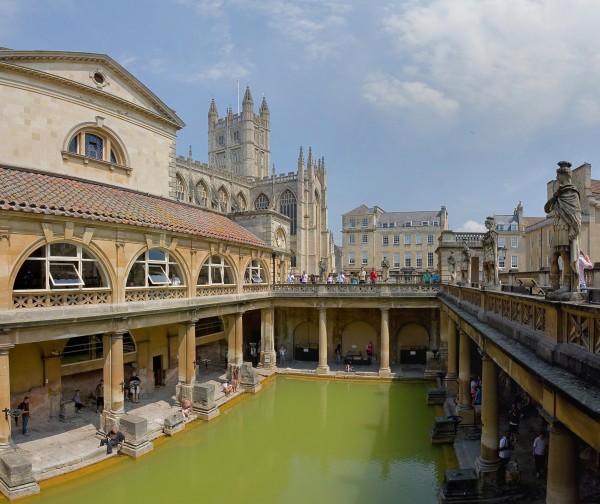 The famous Roman Baths in Somerset are a reconstruction of the previously destroyed baths. Unlike the rest of the entries on this list it is still a functioning historic building. It was destroyed in the 6th century. Redevelopment of parts of the baths occurred over time with the last additions being done in the late 1800s. The baths were actually originally built by British king Bladud and it wasn’t until the 1st Century AD that the Romans had their input into the design and use of them.