This list will focus on any volcano made lake. Volcano lakes can occur in a few different ways: The first would simply be a crater filled with water. Another way that these lakes can form is that when a volcano erupts, such large amounts of magma are released that the emptied magma chamber beneath it collapses under the weight of the earth, thus forming a large indentation called a caldera, which eventually fills with water. All these lakes have an explosive past, a beautiful and majestic present, and a potentially devastating future. They each hold their own story. 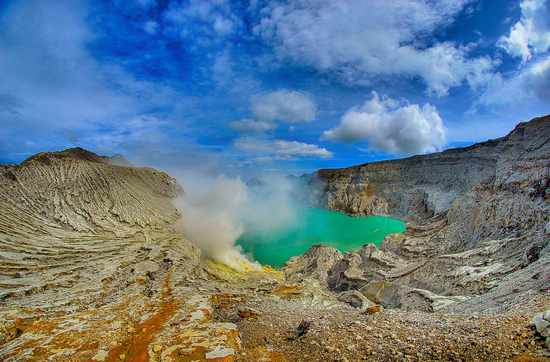 Ijen Lake is a crater lake that is found in East Java, in Indonesia. It is situated in a group of stratovolcanoes, inside the Ijen Volcano. It is a 1km wide acid lake which has a beautiful turquoise color. This is also a site for sulphur mining, as there is an active vent at the one side of the lake, which continually brings sulphur to the surface, from where it is broken into pieces and carried out of the crater in baskets. The molten, red hot, sulphur is guided out of the vent through ceramic pipes, which deposits it on the floor, where it cools, turning into a bright yellow color. [Image Source] 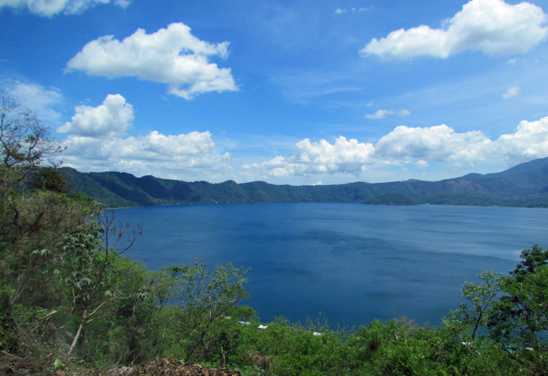 Coatepeque Caldera is a volcanic caldera in El Salvador. The Caldera was formed after a series of huge eruptions 72,000 and 54,000 years ago. Since those two large eruptive eras, cinder cones and volcanic domes have formed, as well as large areas of lava flow along the western edge of the caldera. On the eastern side of the caldera is a crater lake called Lake Coatepeque. This lake is about 26km2, making it one of the largest lakes in El Salvador, and it has hot springs all along its borders. In the lake there is an Island called Teopan, which was a sacred Mayan Site of importance. 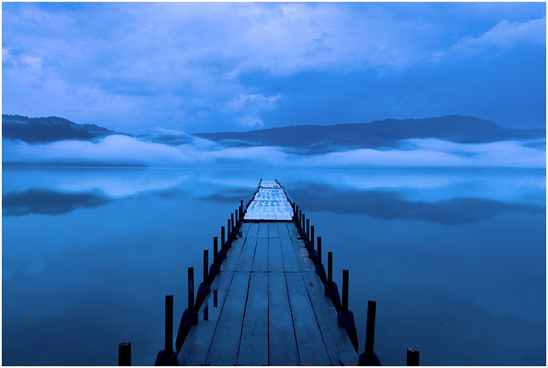 Lake Towada is the largest crater lake in Japan, and the 12th largest lake in Japan. It is located in an active volcano caldera, with the last big eruption dating back about 13,000 years. The lake is actually situated in a double caldera, as a smaller eruption caused another caldera under the lake to collapse about 5,400 years ago. The volcano’s eruptions stretch well into recorded history, and the last known eruption was about 1000 years ago, causing devastating ash and pyroclastic flows to retard crops, and lower the temperature considerably bringing with it a very cold winter and harsh famine. 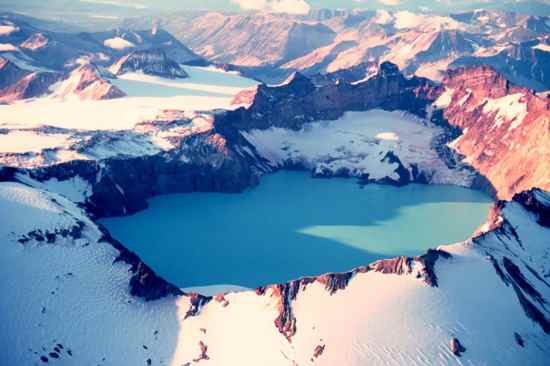 Mount Katmai is a complex stratovolcano found on the Alaskan peninsula, in Southern Alaska. In the center there is a lake filled caldera, about 4km in diameter. The caldera was formed in the Novarupta eruption of 1912, and the caldera rim now reaches a maximum 6,716 feet. Little is known about the volcano before the huge eruptions in 1912, due to the uninhabitable aspect of the area, but some record was left by nearby villages, from the 1800s, that a volcano in the area would smoke on occasion.

The eruption in 1912, was one of the two largest eruptions that the 20th century ever saw (the other being Mt Pinatubo in 1991). The 60 hour long eruption actually took place about 6 miles away from the mountain, in an active vent. The eruption caused the caldera to fall exactly in the crater of the mountain, creating a crater caldera lake. 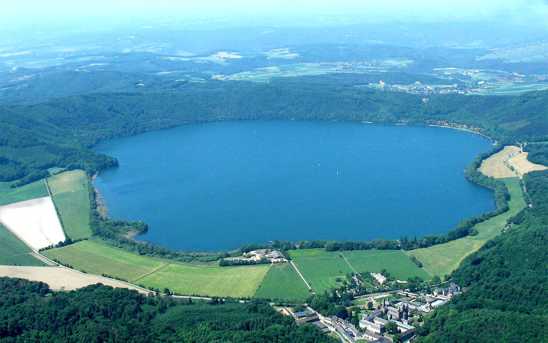 Laach Lake, also known as Laacher See, is a caldera lake, about 9km in diameter and can be found in Rhineland-Palatinate, Germany, near the towns of Koblenz (24 km), Bonn (37 km), Andernach (8 km), and Mayen (11 km), and only 8km away from the river Rhine. The caldera was formed after the massive Laacher See eruption, which occurred about 12,900 years ago. Approximately 6km3 of magma was erupted, causing almost 16km3 of tephra to be blasted into the atmosphere. The eruption had a VEI of 6, the same VEI as the massive eruption of Mt Pinatubo in 1991, which blasted less than 10km3 of tephra out. The Laacher See eruption caused global cooling, and the tephra from the eruption can be found across Europe, with many unique minerals now being found in the area. 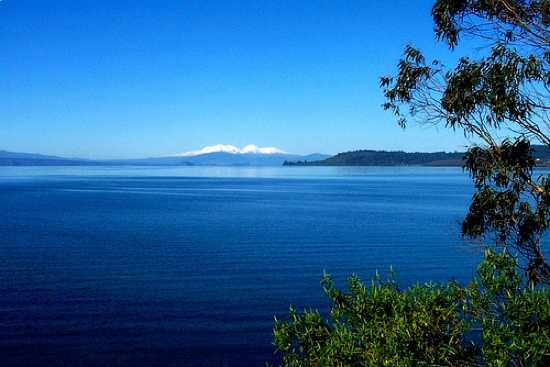 Lake Taupo is situated on the North Island of New Zealand, and is the largest lake in New Zealand. It has a surface area of about 616km2 and is believed to have been created around 26,500 years ago. The eruption is the largest known eruption in at least 69,000 years and it measured 8 on a VEI scale. It blasted an estimated 1170km3 of material into the atmosphere, which caused the large caldera to collapse and create the lake. It is believed to have erupted about 27 times after the initial event, and the last big eruption can be dated back to 180 CE, when 30km3 of materials was blasted out of the volcano within 5 minutes, in a VEI 7 eruption. The eruption column would have been twice as high as the one from the Mount St Helen eruption, and historical records from both China and Rome stated that the sky turned red. This volcano is currently considered dormant but will probably wake from its long slumber in a few hundred years. 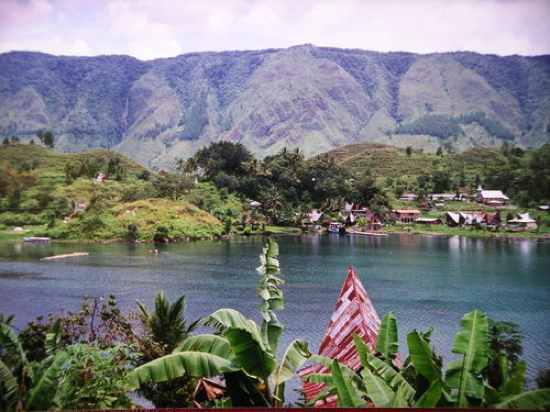 Lake Toba is a huge caldera lake found on Sumatra Island, in Indonesia. It is over 100km long and 30km wide, and is the largest lake in Indonesia, and the largest Volcano Lake in the world. It was created +/- 70,000 years ago when a massive super volcano erupted in the largest volcanic explosion in at least 25 million years. The eruption is believed to have had a VEI reading of 8, and it caused a global winter, in which most of the humans alive at the time died. This created a population bottleneck in Central Eastern Africa and in India, which has affected the genetic diversity of everyone on earth today. 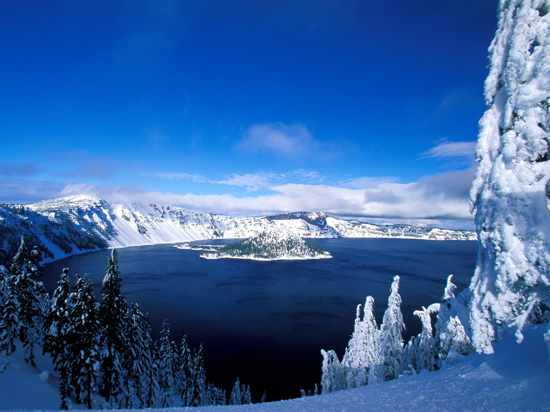 Crater Lake is a beautiful caldera lake found in South-central Oregon State, USA. It has a stunning deep blue color and brilliant water clarity, and forms the main feature in Crater Lake National Park. The lake has almost no signs of pollution, and is one of the purest bodies of water in the States, with a record clarity of 43.3 meters. The lake was formed about 7,700 years ago when volcano Mount Mazama, fell into the caldera beneath it. It is believed that the Native American Klamath tribe saw Mount Mazama fall and the formation of Crater Lake. Their legends and stories tell of a great battle between the sky god, Skell and Llao, the god of the underworld. The Mountain was destroyed during the battle and the lake was created. The Klamath people used the lake for vision quests, and the lake is still held in high spiritual regard by the tribe. The lake is also known for the “old man of the lake”, which is a full tree, now a stump, which has been bobbing around, vertically, in the lake for over a century. It has been very well preserved due the cold water inside the lake. 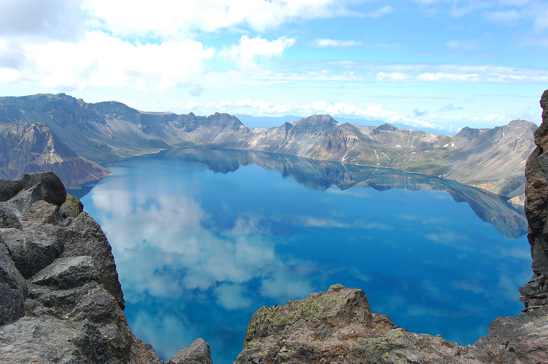 Heaven Lake is situated on the border between China and North Korea. The lake is situated inside a caldera and covers about 9.82 km². It is a stunningly beautiful lake that is typically covered in Ice from October to June. It is also the home of a legendary monster called the Lake Tianchi Monster. The first sighting came in 1903, and it was said that there was a buffalo like creature that attacked 3 people and then retreated back into the water, after being shot six times. In 1962, a man looking through his telescope reported that he saw two creatures chasing each other in the water, and hundreds of people confirmed the sighting on the same day. The description of the monster changed over the years, to a human like head on a 1.5 meter neck, with a white ring around the base of its neck and gray skin. In 2007, a reporter named Zhuo Yongsheng said he shot 20 minutes of video, showing six unidentified creatures swimming in the lake. He released still frames of the film, in which six messy creatures were swimming and interacting with each other. He said they swam around for almost 1 hour and a ½ before retreating under the water. 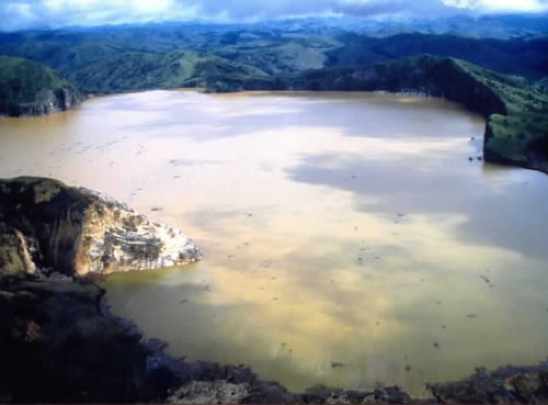 Lake Nyos is a 2km long crater lake located in the North Western part of Cameroon. The lake has a magma chamber beneath it, which constantly seeps Carbon dioxide into the lake, changing the water into carbonic acid. Over thousands of years of carbon dioxide seeping into the lake, it has become saturated with carbon dioxide, which had some devastating effects, on 2 August, 1986. A land slide caused the lake to release 1.6 million tons of carbon dioxide, which rose at about 100 km per hour and came spilling over the lip of the lake. The cloud suffocated over 1,700 people and 3,500 livestock which were in a 25km radius of the lake. This is the first known mass asphyxiation due to a natural event, and the lake was named the most dangerous lake by Guinness World records after the event. Scientists are still working at degassing the lake to render it safer. 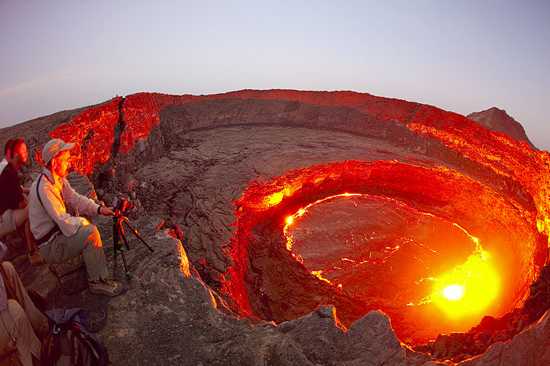 Even though these are not lakes, in the general sense, they are still of volcanic origin, and very interesting, so I decided to add a bonus

A lava lake is a rare occurrence, which can happen in three ways. Either a new vent erupts enough lava just to partly fill the crater, Lava flows into a depression or a new vent erupts for several weeks, building a crater around its self. The result is a lake of molten lava. There are currently just 5 lava lakes on earth: Erta Ale (pictured above), Ethiopia; Mount Erebus, Antarctica; Kīlauea, Hawaii; Nyiragongo, Democratic Republic of the Congo; Marum, Ambrym, Vanuatu. 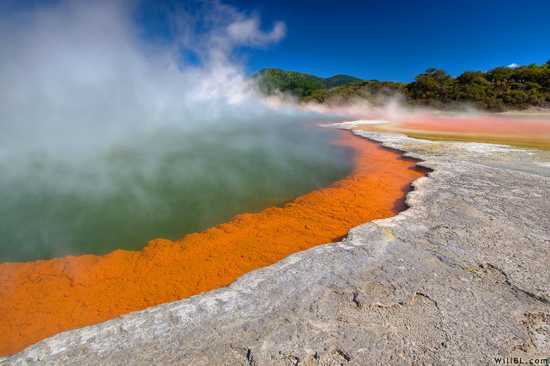 Again this is not strictly a lake but it is a stunning consequence of a volcanic eruption. Champagne Pool is a prominent geothermal feature within the Wai-O-Tapu geothermal area in the Bay of Plenty Region of the North Island of New Zealand. The terrestrial hot spring is located about 30 km (20 mi) southeast of Rotorua and about 50 km (30 mi) northeast of Taupo. The name Champagne Pool is derived from the abundant efflux of carbon dioxide (CO2), similar to a glass of bubbling champagne. The hot spring was formed 900 years ago by a hydrothermal eruption, which makes it, in geological terms, a relatively young system. Its crater is around 65 m (213 ft) in diameter with a maximum depth of approximately 62 m (203 ft) and is filled with an estimated volume of 50,000 m3 (1,800,000 cu ft) of geothermal fluid. The orange tinge around the edges is due to deposits of arsenic.