Humans are, by nature, competitive animals. There is seemingly no activity which humans will not enjoy more by making it into a competition. To the winner goes the glory and the pride of knowing you are the best. Though it might be hard for others to understand how you became the best in the following unusual competitions – and some may wonder why on earth you would want to.

The ancient and noble art of shin kicking has been practiced by children since the dawn of time. But starting in the 17th century it became a more brutal sport when included in a festival of games called the Olimpicks held in Gloucestershire, England. Two men face each other and attempt to bring their opponent down in a hail of well aimed kicks. The two men grapple with their arms while weakening their foe through kicks to the shin. The first man to be thrown after receiving a kick is the loser. In its original form the contestants would wear boots with metal toecaps and blood loss was almost inevitable. In our softer age only soft shoes are allowed and the opponents must stuff their trouser legs with straw for protection.

Each year at the Sensoji Temple in Tokyo a contest is held between infants – correct: babies. Known as the crying baby contest it is unusual in that crying is not usually associated with winning. Two student sumo wrestlers are given an infant each to hold up. Then they attempt to make their baby cry by pulling faces at it. The winner, as judged by a sumo referee, is the baby who is first, or loudest, to cry. The competition is thought to predict good health for the baby who wins, though bad luck for the probably frazzled mother of the whiniest baby in Japan. 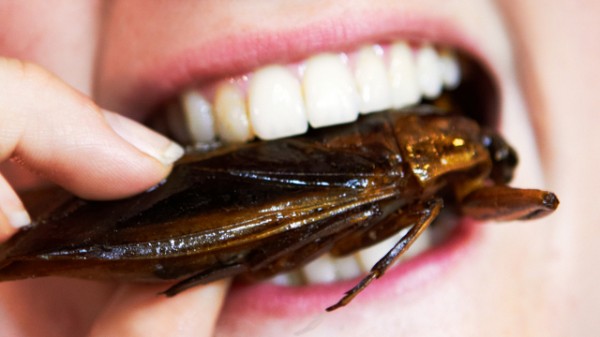 Unlike the first two contests mentioned, this one is not traditional but more of a publicity stunt. Unfortunately it ended badly for the winner. Held at the Ben Siegel Reptile Store in Florida, the contest to eat the most insects was held with the winner receiving a prize python. Contestants ate meal worms, the larvae of darkling beetles, and a bucket of cockroaches. Shortly after winning the contest Edward Archbold was, perhaps understandingly, seen vomiting outside the shop. A little while later though he began to feel even more unwell and was taken to hospital, where he died. The cause of death is as yet unknown but it is possible he suffered a rare allergic reaction to the insects. The prize snake will be given to his estate.

At Sonkajärvi in Finland each year there is a competition to see who can carry their wife over an obstacle course in the fastest time. Originally the course would involve wooden fences and boulders for the contestants to navigate. Now they simply have to cover a 250m metre course with a stretch of water in the middle. The prize for the fastest man and wife team is beer equal in weight to the wife. One of the rules for the contest is that the wife must not be under 49kg, possibly because it would be a waste of a prize to give away so little beer. The popularity of the contest has seen it being copied in the US and Asia. 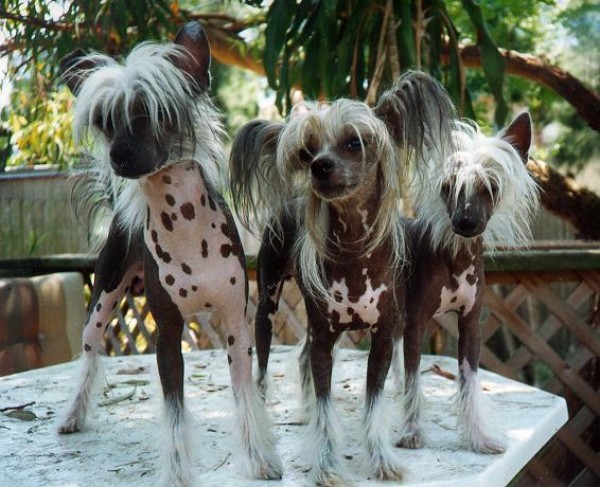 Beauty contests for humans are seen as rather old fashioned and sexist these days. At least the winner of Miss World receives a boost to her pride. The World’s Ugliest Dog competition, held each year in Petaluma, California, is a charitable event which crowns one dog as the ugliest. The winner is chosen from dogs entered from around the world and receives $1000 and a supply of treats, as well as a great deal of publicity for their less than stellar looks. While racism is not a factor in human beauty contests there does appear to be a certain level of prejudice in the animal world that still needs to be overcome. The Chinese Crested breed of dog is heavily over-represented in the ranks of past winners of the contest. Though looking at pictures of Chinese Crested perhaps makes this understandable.

The Cooper’s Hill Cheese-Rolling is held every year in Gloucestershire. Contestants line up at the top of a steep bank on Cooper’s hill. At a signal a round cheese, a local Double Gloucester, is released and the crowd sets off down the hill in pursuit. The aim is to catch the cheese, but since it is given a short head start and has no fear of breaking bones it achieves too high a speed to ever be caught. The winner is the first person across the finish line. They then claim their cheese and climb back up the slope. In recent years there has been concern about the number of accidents involved in people tumbling down a hill but it has proved too popular an event to stop.

The Mr Elderly contest in Brazil was held to settle the question of who was the most handsome grandfather. All the contestants must be over 60. The contest includes several rounds including dancing and smiling. The purpose of the awards is to encourage health and activity in the elderly. To cheer on the old men a group of elderly women provide a dancing troupe. 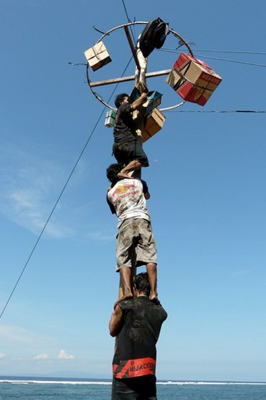 In Bali, to celebrate Indonesian Independence Day, several contests are held during the festivities. One of these involves climbing up specially erected poles made from the trunks of the Areca nut tree. Prizes are placed along the pole for the successful contestants to claim, ranging from small treats low down to bikes right at the top. To make the climb even harder the trunks are greased. For one person to climb the pole would be almost impossible so you are allowed a team of four people working together. The most usual strategy is for one person to cling to the pole and have the next person climb onto their shoulders, and the next on his, until the fourth person can climb up and claim the prize.

The Bog Snorkelling Championship has taken place in Wales since 1985. In the peat bogs of Waen Rhydd 60 yard trenches are dug every year. Since it is in the nature of bogs to be moist the trenches fill with water, dark with particles of peat, and it is in these that contestant must snorkel. The trick to the sport is that normal swimming strokes are not allowed and most of the power must come from your legs and the flippers you are allowed to wear. The water of the bogs is so murky that it has been known for competitors to completely turn around while submerged and come up for air headed in the wrong direction.

The carrying of barrels in the village of Ottery St Mary is a competition to prove your daring, strength, and fearlessness. Each year on the 5th of November barrels which have been soaked in tar for several weeks are brought into the village. Outside each of the pubs in the village a barrel is put on someone’s back and set on fire. They then run with the barrel burning as far as they can. The barrel is passed on to other runners when the first carrier, or Barrel Roller, is too tired or singed to continue. This goes on until the barrel can no longer be carried. Another barrel is then lit. The competition includes categories for both children and women.