Throughout human history, we’ve found all manner of ways to measure just about anything. And why not? Having a standardized means of quantifying the world around us can certainly be helpful. Some of our chosen methods, however, have been decidedly strange. 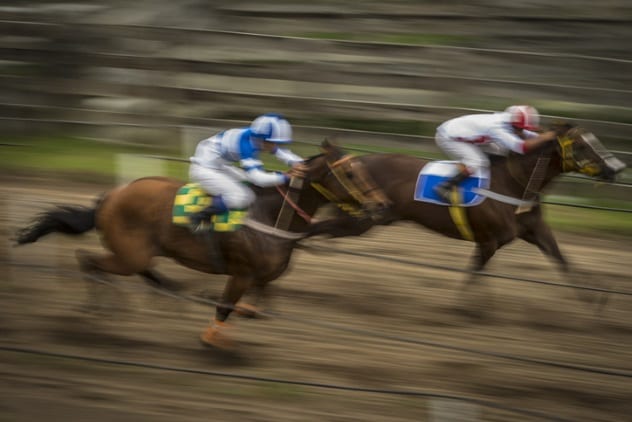 The length of a horse is a well-known measurement used in the world of horse racing. It is sometimes known as a horse length, or abbreviated as simply “length,” but the original measurement comes from the physical length of a typical horse. This is usually around 2.4 meters (8 ft). In traditional horse racing, this measurement would be used to describe the distance between horses that are racing. An example of this would be when the famous racehorse Seabiscuit won against major rival War Admiral by four lengths in 1938.

In British horse racing, it gets a little more complicated than this. The distance between two horses is measured by calculating them into lengths per second, depending on the type of surface. The maximum number of lengths that can typically be described is 99, with anything above this being described as “99+.” Other parts of the horse can be used to describe very close finishes to races, including “neck,” “head,” or even “nose,” with a nose (also called a “short head”) being the smallest possible distance a horse can be measured to win by![1] 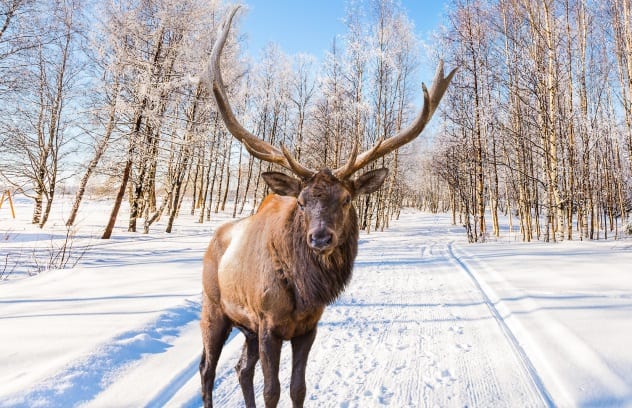 Finland has one of the strangest (and yet entirely logical) obsolete units of measurement, namely the poronkusema.[2] The poronkusema is a unit of distance measured at approximately 7.5 kilometers (4.7 mi), based on how far reindeer can migrate before needing to stop and urinate. (Some sources put the distance at more like 9.6 kilometers [6 mi].) The actual translation of porunkusema is “the distance a reindeer can comfortably travel before taking a break.”

The landscape of Finland is very dense with forests (78 percent is covered by woodland), so traversing it is difficult. Therefore, explorers developed their own unit to describe distances. It is said that reindeer cannot walk and urinate at the same time, so they need to stop periodically. Reindeer herding is generally conducted by the indigenous Sami people of Finland, a large population of local people who live in the northern parts of Finland, Sweden, Norway, and the Kola Peninsula of Russia. 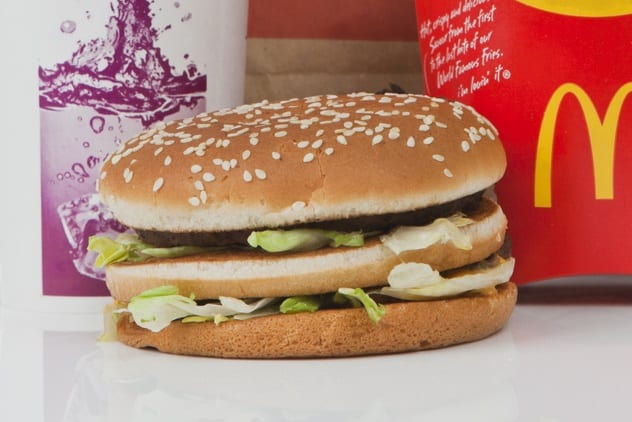 The Big Mac Index takes its name from the iconic McDonald’s burger and is published by The Economist as a way of measuring the purchasing power parity (known as PPP) between different currencies around the world. It was created in 1986 by the newspaper, and it is produced annually.[3] The use of the index is as follows: In theory, when the rate between two currencies adjusts, the cost of a certain good should still be the same in both currencies (regardless of the shift in rate). In order to test this theory, the Big Mac index asks how much would a single Big Mac cost in both countries. The price of the Big Mac in Country A is then divided by the price in Country B, with the resulting value being compared to the exchange rate.

If the value is higher, then Country A’s currency is overvalued, and if it is lower, then Country A’s currency would be undervalued. It’s a simple way of showing PPP but does not cover the full picture of local production costs of the goods, the demand in the particular country, or even the availability of McDonald’s in certain countries. If you’re wondering which country has the most expensive Big Mac, it’s Switzerland as of 2018. 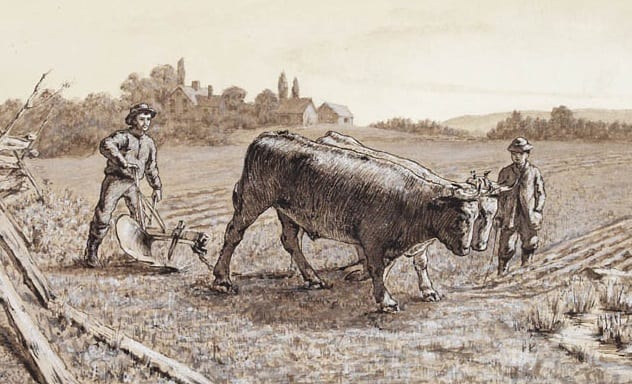 The morgen was a unit of measurement used in Europe and South Africa for area. Despite being the German word for “morning,” it was not used as a measurement of time; rather, it was used as a unit to describe the approximate amount of land tillable in the morning hours of a day by one man behind an ox or horse dragging a single-bladed plow.[4] The size of a morgen varies between 0.5 and 2.5 acres.

It seems the use in Germany was more widespread than anywhere else, with some regions having larger morgens than others on account of their flatter surfaces. In parts of South Africa, the morgen was the official unit of measurement for land until the 1970s. In 2007, the South African Law Society created a formula for converting morgens into hectares, with the ratio being 1 morgen to 0.856 hectares. 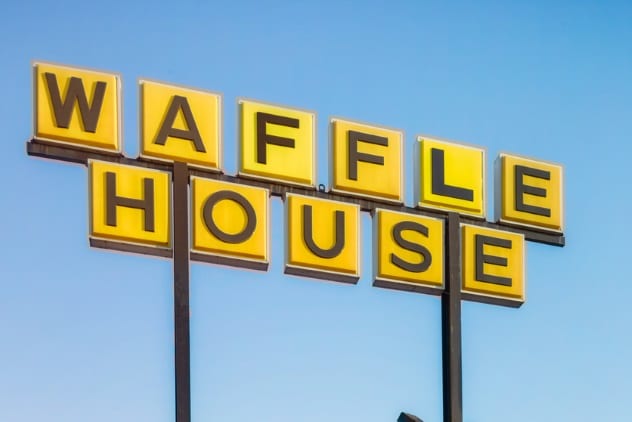 The Waffle House Index is a unit of measure used by the US Federal Emergency Management Agency (FEMA) to loosely determine the effect of storms on civilian areas and their ability (or inability) to recover from these. The index allows the agency to determine how likely assistance is going to be needed in a disaster situation. Waffle House is used by the agency due to its reputation for staying open during severe storms in the US.

The index was created in 2011, following a tornado during which two Waffle House restaurants stayed open. The index has a scale of three levels.[5] Level Green (full menu) is when a restaurant has power, and damage is limited or nonexistent. Level Yellow (limited menu) would be when a restaurant has generator power and limited food supplies, with Level Red only being considered when the restaurant is closed. As recently as 2018, during Hurricane Michael in Florida, the Waffle House Index reached Level Red when up to 30 restaurants were closed ahead of the oncoming storm. 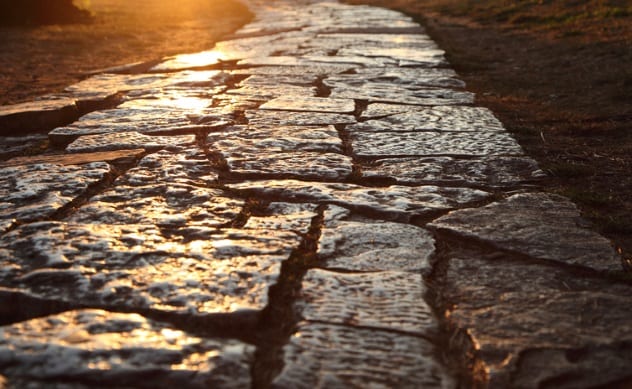 A league is a unit of length widely used in popular culture in historical and fantasy movies or TV shows. A league is meant to be the distance a person can walk in an hour, but the exact measurement of the league differed from country to country, or even on different terrains. The league traces back to ancient Rome, in which it was defined as 1.5 Roman miles (equivalent to 2.2 kilometers [1.4 mi] today). However, it is now more commonly said to be 4.8 kilometers (3 mi)—this is the case in both England and Spain.[6]

In France, Jules Verne wrote Twenty Thousand Leagues Under the Sea, and a league was defined as 4 kilometers (2.5 mi). The longest leagues seem to be in the Nordic region, where a league is considered to be the same as a Scandinavian mile; this is equivalent to 10 kilometers (6.2 mi). The term gives its name to the “seven-league boots,” which are mythological boots which give the wearer greater speed and the ability to traverse 7 leagues in just one stride. 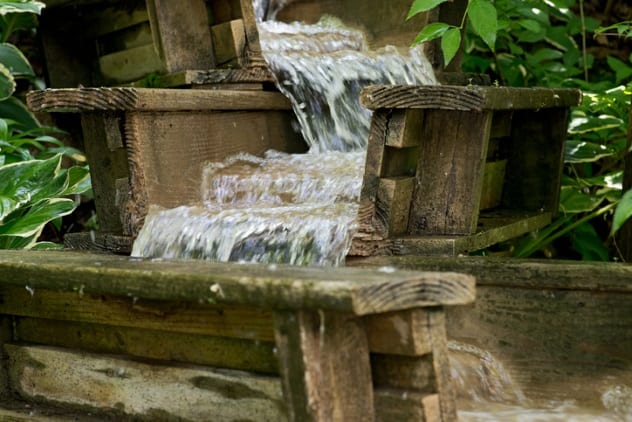 The miner’s inch is a unit of measure used by miners, predominantly throughout the United States and Canada, to measure the flow of water. The unit is based on the rate of water flow in a sluice, although the size of the sluice can differ.[7] Miners would use this calculation to determine how much water is needed to maintain a constant supply when needed. The actual calculation of the water supply is determined by measuring the amount of water that passes through an opening in a second. This varies in different countries, as the size of the opening will differ depending on the setup of the sluice.

The variation can be great. For example, in New Zealand, the miner’s inch is 472 milliliters per second, but in Colorado, US, it is 745 milliliters per second. Prior to the turn of the 20th century, there was no common definition or term for the flow of water, so in 1905, the government of California standardized it. It is still used today by miners in the US. 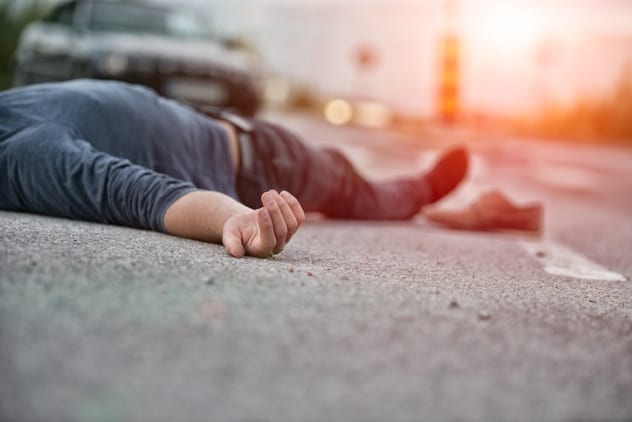 The micromort is a unit used to define risk as a one-in-a-million chance of death. The reason it exists is to measure the risk level of various activities. The micromort was developed by Ronald A. Howard in 1980. A number of “baseline” micromorts exist in order to show the relative risk level of different activities. In the US, the risk of being murdered is measured at 48 micromorts per year, whereas ascending Mount Everest (known to be extremely dangerous) is measured at 40,000 micromorts per climb![8]

The micromort is also used by local agencies to measure the cost-effectiveness of spending on public safeguards. An example of this is road safety, where in the UK, the nominal value of one statistical life stands at £1.6 million for road improvements. Spending on road improvements would obviously lower the risk for a vast number of people, so the price of this expenditure (£1.6 million) means the UK government prices the reduction of 1 micromort at £1.60. 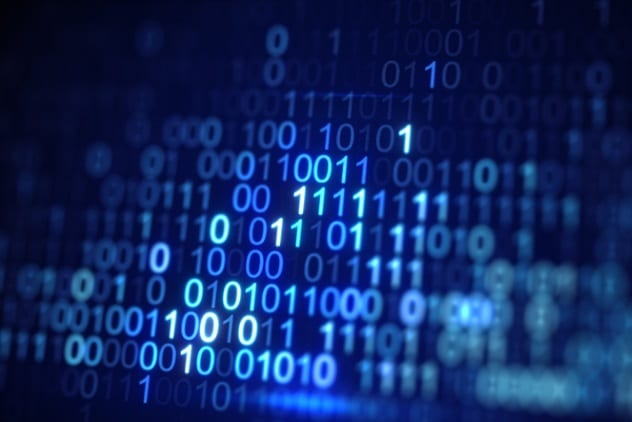 Probably one of the more commonly known units of measure within this list, the nibble is a computing term for half of the standard byte. A byte refers to a unit of data that typically consists of eight bits—therefore a nibble could also be classified as four bits. The nibble is used by computer programmers as a way of breaking down information to make it easier to debug by splitting the 8-bit byte in two.[9]

Sometimes, a nibble can refer to something else than a 4-bit byte, as in 1980, when the Apple II machine referred to an 8-bit nibble. However, this has become less common, and the nibble is mostly used to refer to the standard 4 bits. The term “byte” was first used in 1956 by Werner Buchholz when developing the IBM Stretch—one of the fastest computers in the world during the 1960s. He deliberately spelled the word incorrectly to avoid it being confused with “bit,” and thus the byte was born. 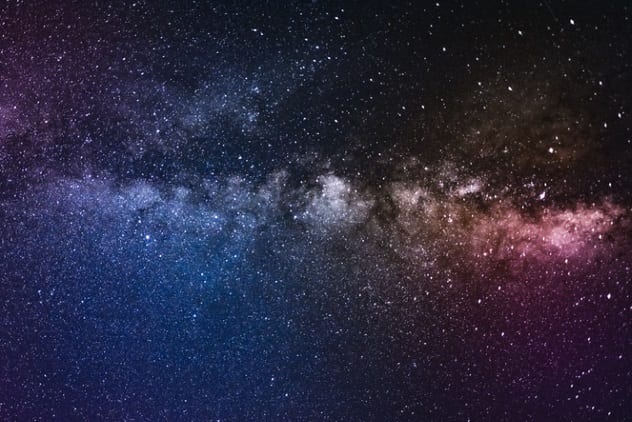 For those Star Wars fans out there, you might think this is a unit of time by which the Kessel Run is measured. However the parsec does actually exist, and it’s hard not to think it was the inspiration behind the word used in Star Wars. In real life, a parsec is unit that astronomers use to measure large distances outside the solar system, particularly concerning astronomical objects and their proximity to each other.

An example of this would be the distance between the Sun and the star which is closest to it, Proxima Centauri, which is about 1.3 parsecs away. One parsec is equivalent to 30.8 trillion kilometers (19.1 trillion mi) but is often referred to in light-years. A parsec is equivalent to 3.26 light-years.[10] The term was first coined in 1913 by astronomer Frank Watson Dyson. Parsecs can be scaled up for even larger distances, including the kiloparsec, megaparsec, and gigaparsec.

Hi My Name is Matt Garrow, from the UK. I enjoy reading, writing and spending time with my two year old looking for squishy bugs and monsters. Trying to find the most novel topics to write about for Listverse!

Read about more unusual ways of measuring things on 10 Strange Units Of Measurement and 10 Bizarre Units of Measurement.