The Third Reich, supposed to last for a thousand years, survived for a mere twelve. But those twelve years saw unmatched horror, guided by a set of magical and enigmatic myths which were believed not only by Hitler, but by most of his senior staff and officers. Many of these myths were widespread at the time, and embraced the divine wisdom of other occult movements, such as the Order of New Templars and the Thule Society.

This list includes two different types of myths: the first type are known to have been believed by the Nazis themselves, while the second type are “made-up myths” – stories created about the Nazis by others, which don’t necessarily correspond to historical Nazi beliefs.

10
The Ark of the Covenant 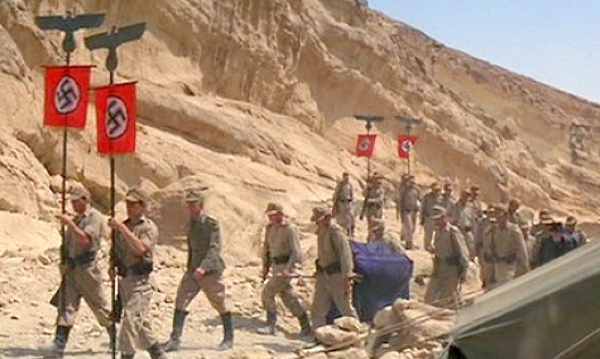 Bearing the stone tablets on which the Ten Commandments were inscribed, the Ark was said to be gold-lined inside and out. Four men were needed to carry it; they used gold-plated poles, as it was considered too dangerous to go within a hand’s-breadth. Charged with divine energy, the Ark could level mountains, knock down the walls of cities and strike Israel’s enemies with cancerous tumors and fiery bolts. The Ark disappeared sometime between 597 and 586 BCE. The myth claims that the Nazis wanted to acquire and harvest the Ark powers – as it would have been the ultimate weapon in the World War. Be that as it may, no known records exist to prove that the Nazis necessarily made any effort to locate or recover the Ark at any time. 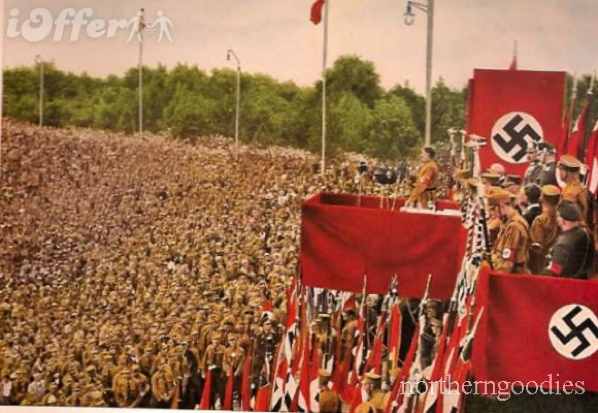 The cross is a near-universal symbol of the centre of things, the heart of man, the Earth as centre of the universe and the cycle of seasons. The Nazi Swastika (however abnormal and depraved) was meant to resemble the cross within a circle, by means of its shorter secondary arms. Shown with a crescent – as it was in Babylon – the cross implied lunar gods or the moon-boat, a female receptive symbol. When Hitler was placed in charge of propaganda, he decided on a dramatic symbol that would stand out and attract the masses. In his eyes, the swastika stood for racial purity. 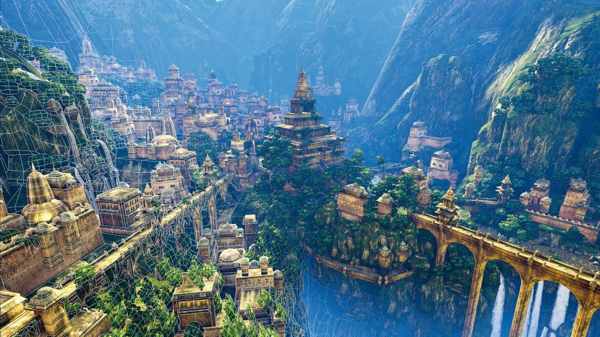 In the Nazi period there was an idea, derived from ancient underworld myths, that various things might be buried deep within the earth – such as kingdoms, planets, phantom universes, super humans or aliens. Some of Hitler’s top advisors – and possibly the man himself – believed that the earth was hollow. The military launched various expeditions in an attempt to confirm the notion, and to acquire the strategic advantage this knowledge would entail. There are further theories surrounding the annual expeditions to Tibet between 1926 and 1943, claiming that the German mission was to find and maintain contact with their Aryan forefathers in Shambala and Agharti – cities which supposedly existed beneath the Himalayas. 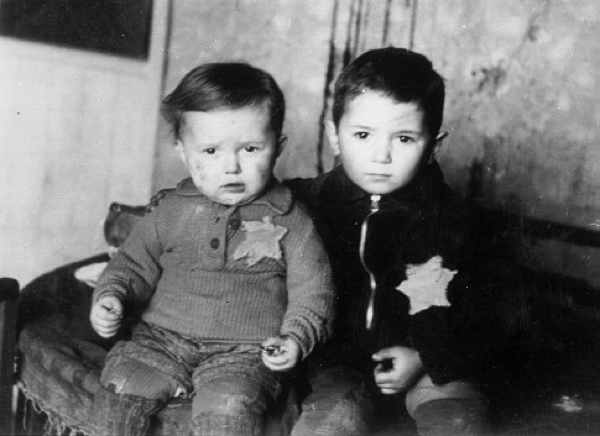 Jews have been scattered and enslaved for most of their history. In Northern Europe, their scholastic talents bloomed, but since they were forbidden from marrying Gentiles (non-Jews) by Jewish law, the separatism that followed led to a surge in fantastic myths. Some of these purported that the antichrist would be a Jew; that Jews slaughtered Christian children to drink their blood; that Jews poisoned wells; and that Jews were responsible for the Black Death (1348-50).

The expected slaughter began in the 12th century. Thousands of Jews were killed in France, Spain and England. The Protocols of the Elders of Zion – the most well-known conspiracy about Jewish plans to take over the world – appeared in Russia in 1903. It later formed a dominant part of Hitler’s “Final Solution”. Today the Protocols are still in circulation, even though they have long since been dismissed as a total forgery. 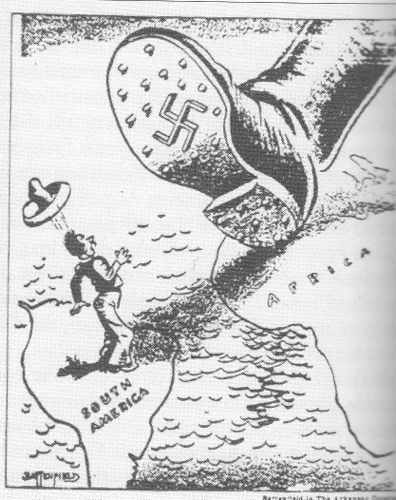 Conspiracy theorists regularly identify Nazi Germany’s ideologies, with their mass appeal and fierce nationalism, as the forerunner or harbinger of the New World Order. Hitler’s attempts to establish forms of National Socialism through the whole of Europe, saw their propaganda using the term “Neuordnung” – often poorly translated New Order. It actually referred to the restructuring of all European borders, and the resulting dominion of Greater Germany. Taking everything into consideration, one could still suggest that Hitler and the Nazi movement did try to create a New World Order – with a totalitarian world government at its head.

Otto Rahn, one of the most mysterious young men in Himmler’s Secret Service, was variously said to be a Mason, an agent of the Thule Gesellschaft, a Rosicrucian, a Luciferian, an initiated Cathar and even the leader of a mythical, international secret society. He firmly believed that the Cathars knew of the Holy Grail’s location.

Hitler presumed the Grail would confer immortality on all Aryans, and he gave credence to the idea that the Christians had stolen the artifact from the ancient pagans. He maintained that the Grail should be restored to its rightful place in Germany. Himmler designated Rahn to search for the object. He travelled through Europe, the Middle East and Iran, but by the end of the war the artifact still eluded him, and he was forced to commit suicide. 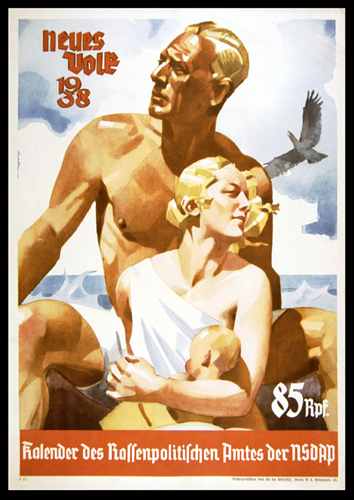 Hitler and the Nazis claimed that they belonged to the Aryan master-race. Blonde, blue-eyed and fair skinned; congenitally a cut above the rest – especially those with darker skins. But just who were the Aryans? Arya is a Sanskrit term – used to describe the invading tribes and horse tamers of 1700BC, who believed themselves superior to those that they defeated . After a few generations, people started applying it to the social or ethical condition of being superior. Furthermore, the Medes were once known as Arii, and Persians who replaced them were called Aria – hence Iran, the modern name for Persia. In the 19th century, Max Muller modernised the term when he tried to describe the “Indo-Germanic” race, though ironically he later claimed there were no evidence that such a race ever existed.

3
The Spear of Destiny 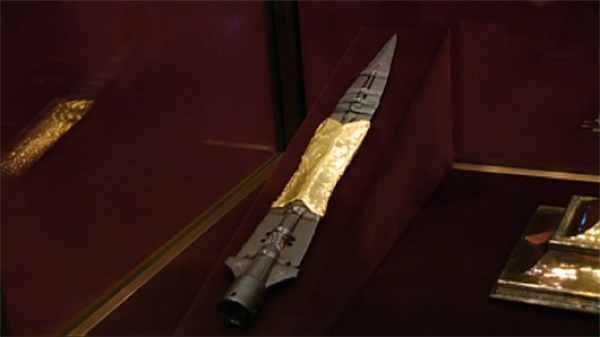 The Holy Lance, or Spear of Destiny, is said to be the lance that pierced Jesus’ side as he hung on the cross. Hitler reportedly first saw the lance in 1908, and from that moment on, did everything he could to get his hands on it. Once owned by Roman Emperor Constantine the Great, more than forty other great men, emperors and leaders managed to possess it at one point or another – including Frederick the Great. In 1938, as Hitler oversaw the annexation of Austria, he transferred the lance to Nuremberg.

With the lance safely in Germany – so the myth goes – Hitler began the war in earnest. A few hours after the Allied Forces took possession of the lance in 1945, Hitler committed suicide in his bunker. Coincidence? Or does this lend some truth to the stories of Hitler’s obsession? 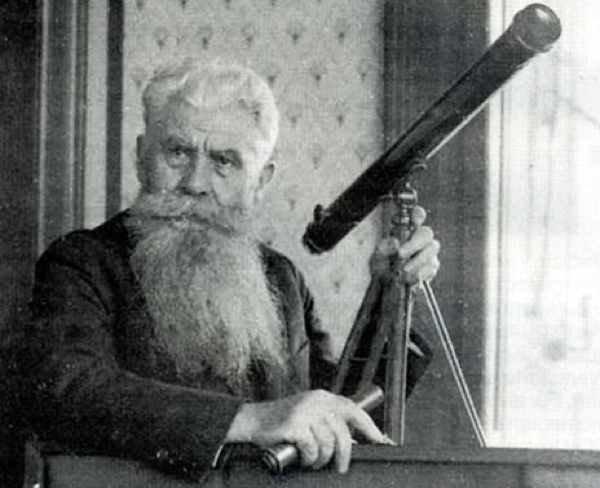 The Nazis claimed that Hitler’s rise to power had been predicted by Nostradamus. Seen as “destiny” by many Germans, the movement under Adolf Hitler kept on gaining momentum. Hitler also reportedly believed in the mystical cosmology of Hans Horbinger. Horbinger claimed that various moons and other stellar bodies once circled our world, gradually falling and dying as time went on. The last moon that fell caused the great flood and the ruin of Atlantis – the supposed homeland of the Aryans. Today it is commonly believed that both Hitler and Himmler favored the theory only to counterbalance the perceived Jewish influence on the sciences, in a similar way to the Deutshe Physik movement. 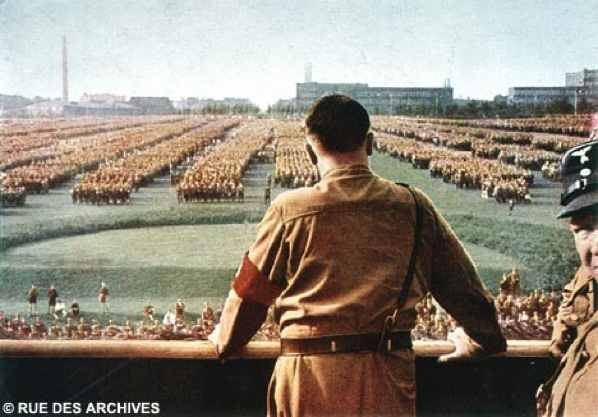 The Fuhrer cult saw Hitler as something of a demigod figure. He was vested with the power to shape his people, pave the way for the Aryan super race, and act as their protector. The propaganda of the day was wrought with these ideals, and such myths were an extremely potent tool in creating unity and loyalty among the German people. Hitler was seen as strong: he presented the national interest before anything else, restored order with an iron fist, and meted out fanatical justice to perceived enemies of the people.

The myth was widely believed and trusted; if any proof were needed, one could simply point to the fact that Hitler had restored the German economy to life, in a space of what seemed like months. Most of the Nazi Party members felt that they would either win or die alongside him – he had people completely under his spell. To his ecstatic devotees, he embodied all the true Germanic properties. In the end though, the Nazis denied both reason and humanity, instead substituting an apocalyptic belief based on grandiose racial self-assertion and superiority.