Forensic science has evolved by leaps and bounds in the past couple of centuries. What began as hearsay and finger-pointing has evolved into a complex tapestry of evidence gathered from DNA, audio and video footage, data-mining, and intricate physical sciences. One type of the latter that has proven useful time and again is forensic dentistry. Although one facet of bite mark analysis has fallen out of favor in general forensic use and polarized the legal community, other facets such as dental DNA fingerprinting, forensic age estimation from teeth, and post-mortem victim identification from teeth have proven critically useful in cases.

Teeth are handy tools for forensic scientists because enamel- the shiny, white layer covering the tooth- is the hardest substance in the human body, harder even than bone. While criminals may go to great lengths to dismember and destroy bodies, teeth are often the body’s last holdout, and therefore tend to leave valuable evidence behind. It’s no surprise that teeth have helped criminal investigators and prosecutors ascertain the truth again and again. And sometimes, they’ve hindered the process, as well. Here are ten cases where, for better or worse, human teeth have made all the difference in criminal cases.

Roman noblewoman Agrippina the Younger sought to marry the emperor Claudius but had a rival in fellow noble Lollia Paulina. Agrippina won their contest and married the emperor but was not forgiving of Lollia. Agrippina had Lollia accused of sorcery, convicted, exiled, her property seized, and even ordered Lollia to commit suicide. As proof of the suicide, a guard brought Lollia’s severed head back to Agrippina, but its features had been distorted and marred by the death, dismemberment, and travel. To identify the body, Agrippina was forced to rely on forensic dentistry. She knew Lollia had previously had her rotten teeth partially replaced with gold. Agrippina’s suspicions were confirmed by opening the head’s mouth. This act is the alleged first use of teeth to identify a body.

The Salem Witch Trials of 1692 are a dark and twisted reflection of early American justice. Similarly, they include a dark and twisted use of teeth in criminal prosecution. Among many other innocents, Reverend George Burroughs was accused of witchcraft and cavorting with the devil. His accusers, in reality just personal enemies with grudges, brought forth many pieces of alleged evidence against Burroughs.

One was a bite mark on a young victim that he was said to have made in a fiendish attack. His teeth were compared against the victim’s arm visually, and this was enough to have Burroughs convicted and hanged. He would later be posthumously exonerated, but his trial marked the first time in the (eventual) U.S. that bite evidence was used to help ‘solve’ a case.

Today, every state in the U.S. benefits from Megan’s Law (which is one federal law and many state laws), making sex offender information, including names, faces, and addresses, available to the public. As its name implies, the law stems back to one case involving a young girl named Megan Kanka.

Megan was raped and murdered by her neighbor, a man named Jesse Timmendequas. Luckily, Timmendequas was caught and put on trial. One of the key pieces of evidence that helped convict him (and there were many) was a bite mark that Megan had left on Timmendequas’s hand as she bravely fought back. Again, teeth played a role in creating our modern system of child protection legislation. 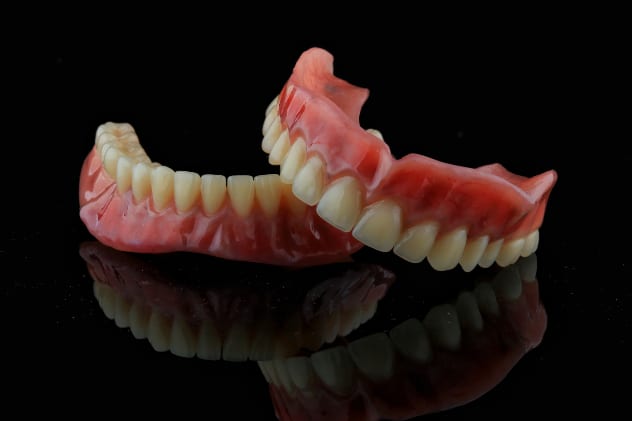 In 2001, a young woman (left anonymous) was walking down an empty stretch of road in Memphis, Tennessee, when she was assaulted. An unknown man stabbed her, raped her, and fled. Luckily, the woman survived, reported the crime, and the police collected evidence at the scene. Sadly, the man went unidentified.

That is, until ten years later. One strange piece of evidence collected at the scene was a pair of dentures. For whatever reason, they had initially been overlooked, but when reexamined all those years later, it turns out that they belonged to the attacker. The attacker had written his name inside the dentures. This allowed police to find the attacker, Thomas Maupin, and convict him of his crime. Though it took frustratingly long, at least the (fake) teeth came through. 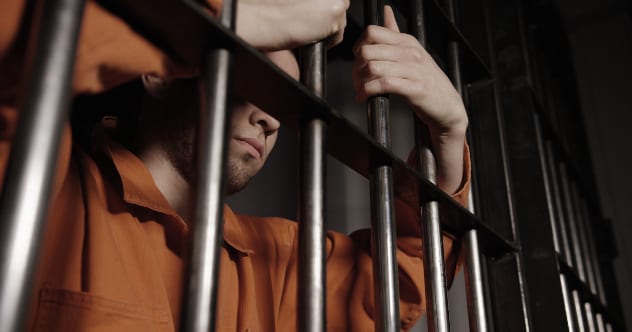 The case of Norwegian man Fredrik Fasting Torgersen is one of the more controversial cases in modern history. It serves as a stark reminder that bite mark analysis can sometimes be a flawed and misleading piece of evidence.

Torgersen was convicted of the rape and murder of a young girl in 1958, despite very little evidence that linked him to the victim, established motive, or placed him at the crime scene. Perhaps the single biggest piece of evidence for the defense was from a so-called expert witness who claimed that a bite mark found on the breast of the victim “with full certainty pointed to Torgersen as the murderer.”

The bite mark, and the use of bite marks in general, has been called into question in the years since. Torgersen was sentenced to life in prison based on almost nothing but a possibly inconclusive bite mark. Luckily, he was released after 16 years. Still, many members of the Norwegian community, including several high-profile scientists and lawyers, have protested the case’s apparent miscarriage of justice in the 60 years since.

How They Were Caught: Ted Bundy

Ted Bundy, the charismatic killer, is one of the most famous serial killers in history. Bundy confessed to murdering 30 people during the 1970s. He also admitted to kidnapping and raping many more victims. Bundy was clever and left little evidence behind for investigators to use against him.

The case against Bundy took years to build, and his trial took years more. Although we’ve already discussed the relative inconclusiveness of bite mark analysis, it proved crucial in helping to put Bundy away. During one of Bundy’s more daring sprees, he attacked several sorority members, leaving a deep bite on the left buttock of one of the women. Forensic odontologists Richard Souviron and Lowell Levine made casts of Bundy’s teeth and matched them to the victim’s bite mark, helping seal the case against the monstrous Bundy and end his reign of terror.

In early 2001, a woman called 911 when she heard the sounds of an intruder in her house. The woman was alone with her two kids and worried for their safety. After the intruder spent some time in the home, they noticed that it was occupied and fled through an open window. When police arrived, they confirmed that the intruder was gone, though they had left behind evidence.

Evidence included a water bottle and an empty bag of Cheetos. Police believe the intruder left the items behind as they fled through the window. While searching the property, police found the intruder, Sharon Carr, hiding in nearby bushes. Police were able to confirm Carr was the intruder because of the fresh Cheetos dust covering her teeth. Another win for tooth-based evidence. A small, weird win, but a win nonetheless.

The 1992 conviction of Ray Krone for murder and subsequent labeling as the Snaggletooth Killer is one of the most famous examples of mishandling of evidence, wrongful conviction, and unreliability of bite mark analysis as evidence.

Like Fredrik Fasting Torgersen, there was little evidence against Krone, aside from an expert witness who claimed that Krone’s bite pattern matched bites found on the victim’s body. Unlike Torgersen, Krone was at least lucky enough to be exonerated through DNA evidence, which also identified the real killer: a repeat sexual offender named Kenneth Phillips. Krone has since worked with the Innocence Project and campaigned against the death penalty, in part because newly available DNA evidence is necessary to rule out potentially incorrect convictions, just as it did for him.

John Wayne Gacy Looks at Victim Photos: “I Have No Recollection Any Of Them”

Like Ted Bundy, John Wayne Gacy is one of the most famous serial killers in history, remembered for both the brutality and scope of his crimes, as well as the clown persona he adopted, which altogether earned him the moniker of Killer Clown. Gacy killed at least 33 young men, many of them raped and tortured.

The trouble was in finding the bodies of Gacy’s many victims and then positively identifying them. Police recovered twenty-six victims from the crawlspace of Gacy’s home. Dental records provided twenty-three of their identities. In the many years since multiple other victims of Gacy’s have been found, most in the Des Plaines River, and many of them have been identified via dental DNA.

Josef Mengele: The Angel of Death

Josef Mengele is one of the evilest human beings in history. Thanks to his teeth, we can rest assured of his death. As a high-ranking officer of the Nazi SS, Mengele led a program of inhumane medical experimentation on prisoners at the Auschwitz concentration camp, earning him the nickname the Angel of Death. When it became clear that he, alongside his fellow Nazis and allied fascists, had lost the war they had begun, Mengele fled to Argentina to begin a new life in hiding.

He continued his life on the run, fleeing to Paraguay, then Brazil, always assuming new identities, until 1979, when he suffered a stroke while swimming and drowned. After decades of searching for the missing monster, Mengele was finally found, though only as a corpse under a different name. It was up to Brazilian and American dentists to prove his true identity. Comparing x-rays taken of the corpse’s skull to those taken by a Brazilian dentist who had treated Mengele in the years before his death, American dental scientist Lowell J. Levine was able to say that the remains “may now be identified as Josef Mengele with an absolute certainty.” Teeth were what finally proved the Angel of Death was no more.