The world is an enormous place, and while thanks to technological advances and the fascination with the unknown held by most all of us at least to some extent, the majority of our planet’s land has been thoroughly explored. With that said, there remain places unseen to a great majority of human eyes, sites which rival the beauty of our most well known natural and man-made wonders of the world. Such locations, despite their great beauty and mystery often see little tourist activity, and are preserved in a state that makes them seem as if taken directly from the work of some fanciful author. The entries on this list are ten such locations, some more well known and well traveled than others. 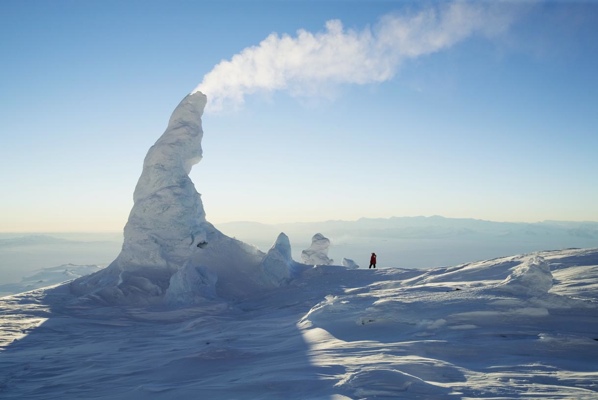 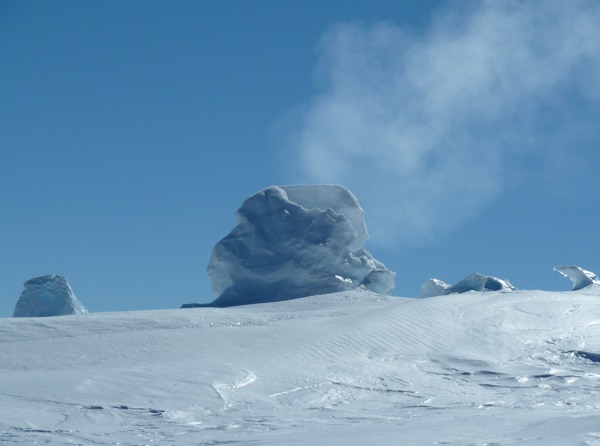 Mount Erebus is Antarctica’s second largest volcano and has been observed to be continually active since 1972. Atop the mountain are a number of ice towers formed as a result of steam emissions from volcanic activity. Many of the ice towers constantly emit steam giving them the appearance of chimneys jutting out of the icy volcano’s frozen sides. In addition to these chimney-like pillars the volcanic mountain is home to a variety of ice caves, formed naturally in a number of ways, all resulting in glowing blue, eerily cavernous subterranean chambers. 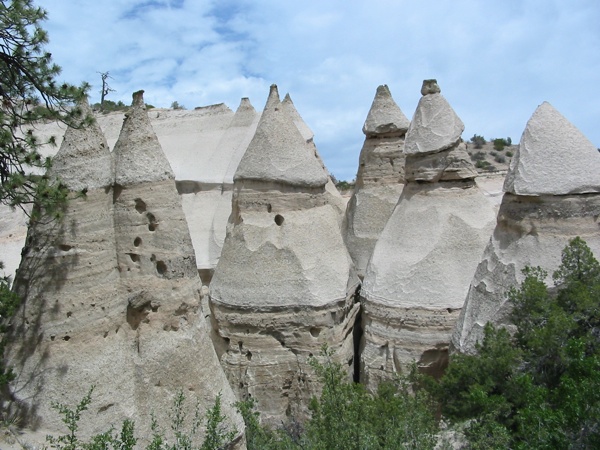 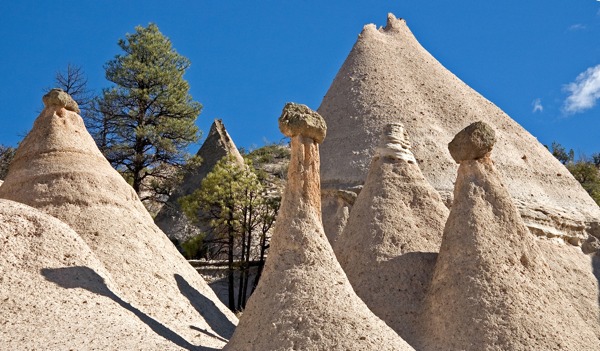 New Mexico’s Kasha-Katuwe tent rocks were formed around seven million years ago as a result of ash deposited by pyroclastic flow from a volcanic explosion. As is the case with most rock formations, weathering and erosion can be credited with creating the area’s remarkable geography. The markedly pointy phallus-like stones receive their interesting name from the area’s native language and means “white cliffs”. The rocks vary in height from only a few feet to over ninety feet tall. 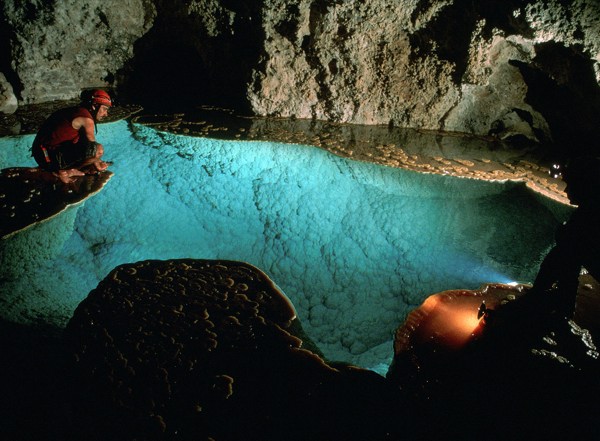 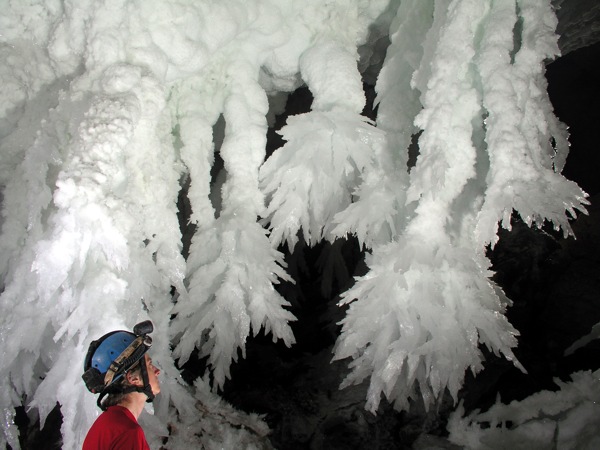 One of the more well known of these little-known locations, Lechuguilla cave is yet another location found in New Mexico. The cave is the seventh longest explored cave in the world, with a known length of 134.6 miles. The cave is most famous for the fascinating crystal formations of gypsum and aragonite located within. Prior to its discovery in 1986 the cave sat untouched for hundreds of millions of years, making it one of the world’s most pristine ecosystems. 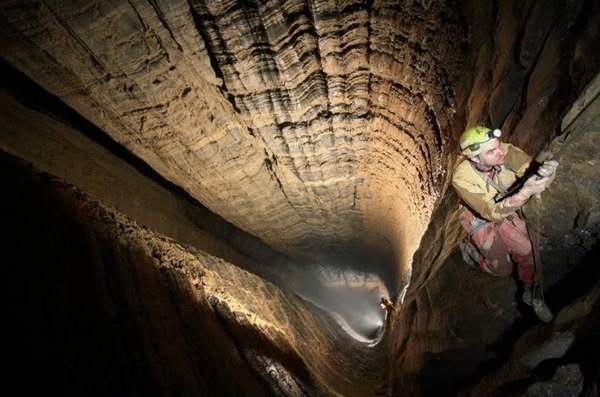 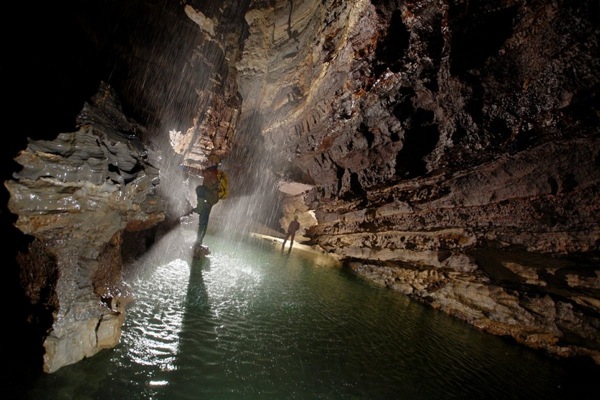 Krubera cave, located within the Arabika Massif in Abkhazia, Georgia (the country not the state). Krubera is the deepest known cave on Earth, dropping a startling 2,191 meters from its entrance. The cave is also known as “Voronya Cave” meaning “crow cave” because it was full of nesting crows when first discovered. 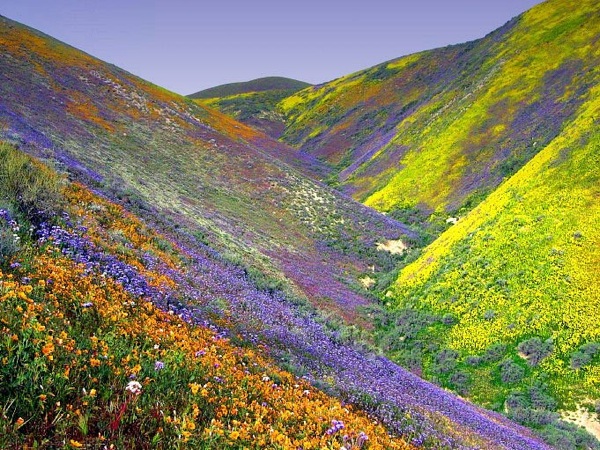 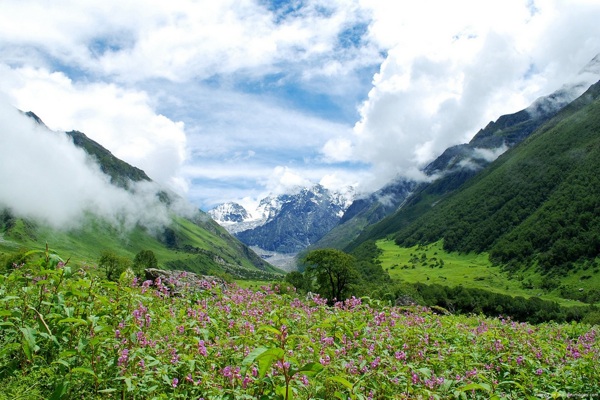 Valley of Flowers Natonal Park in India is one of my personal favorites on this list. There is just something incredible about the soaring peaks rising into the clouds and the steep inclines on the interior completely covered in luscious greenery and unique flora. As well as being a site of grandeur and great natural beauty, the area is home to a number of rare, endangered animals such as the Asiatic black bear, snow leopard, brown bear, and blue sheep. 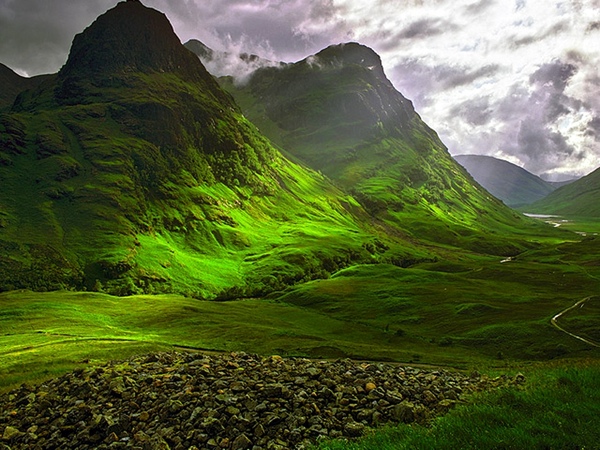 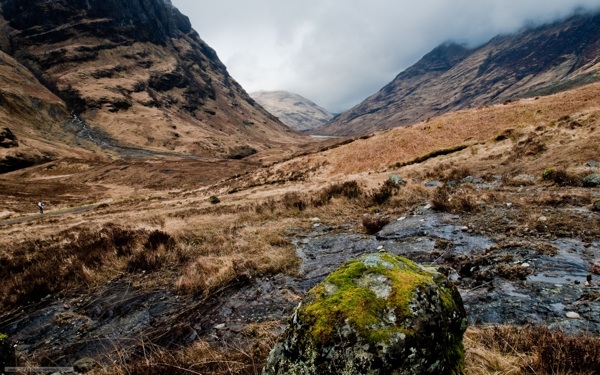 Located at the northern tip of Scotland, Glen Coe is a narrow glen which is often considered one of the most spectacular sites in the country. If you’re a traveler like myself, or enjoy nature photography and lists similar to this one, you’ll know that says a lot given some of the incredible areas in Scotland. The glen is home to a stunning array of flora, as well as towering peaks on either side and a crystal clear river running through its heart. 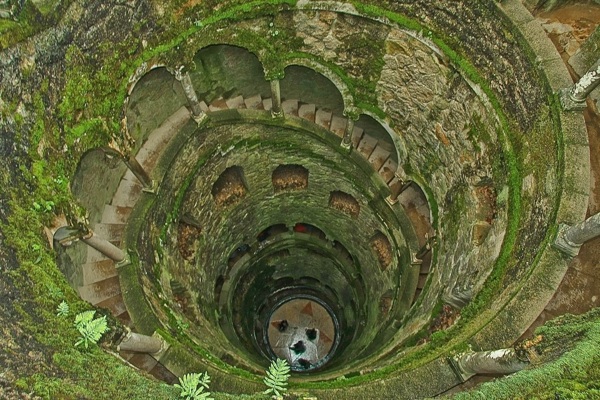 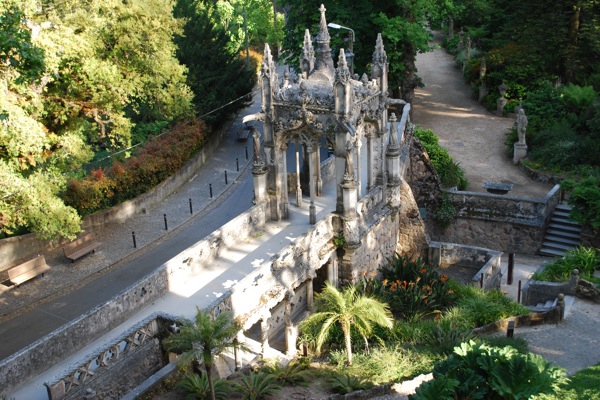 Another of my favorites, the Initiation Well located at Quinta da Regaleira in Sintra, Portugal contains a descending spiral staircase which leads to a variety of exits. The well gets its name from the belief that it was home to masonic initiation rituals. At the well’s bottom is a compass rose atop a Knight’s Templar cross. The symbolism of the well relates to life and death, a common theme for initiation rituals. 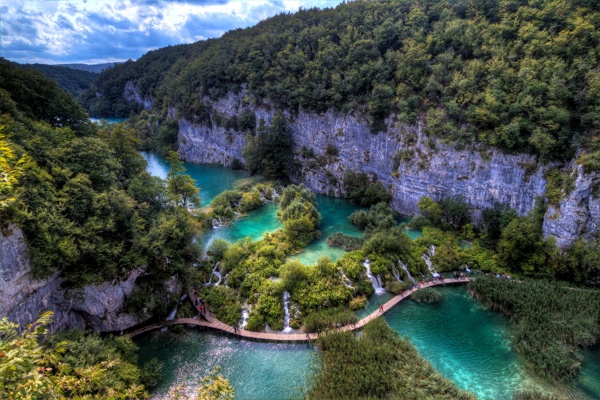 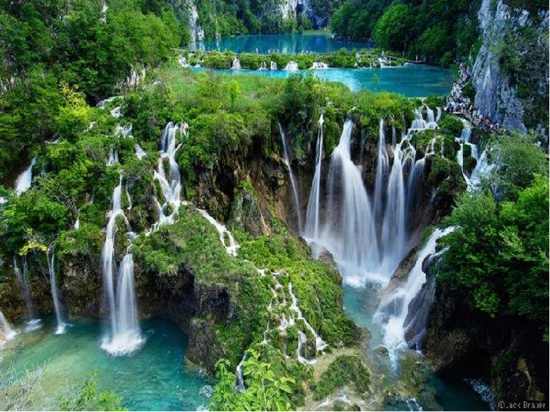 The Plivitice Lakes national park is home to spectacular views of perfect blue waters and waterfalls which look rather like the lakes are overflowing. The contrast of the deep blues to vibrant greens makes for an incredible view. The park is no less spectacular when viewed in the winter. To visit the lakes you must visit beautiful Croatia. 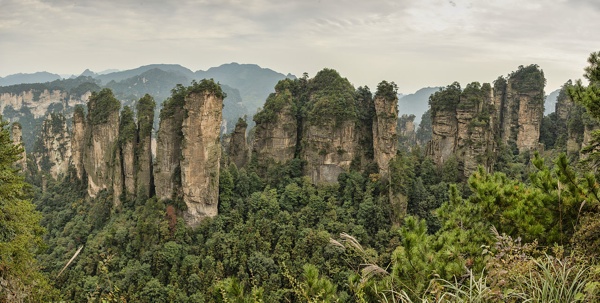 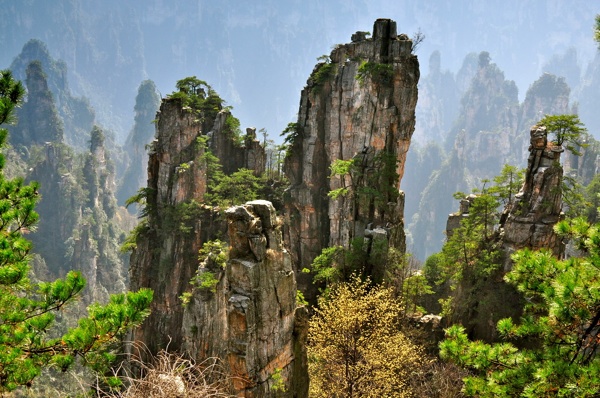 Home to over three-thousand of the enormous sandstone pillars pictured above, many of which tower over two-hundred meters in height, Wulingyuan, China, is one of the world’s most stunning natural sites. The towering pillars are composed of quartzite and sandstone and are karst formations (rock formations created as the result of the dissolution of soluble rock). The incredible area is located one-hundred and seventy miles northeast of Changsha and was dedicated a UNESCO World Heritage site in 1992, however it still remains relatively unknown by much of the world’s population. 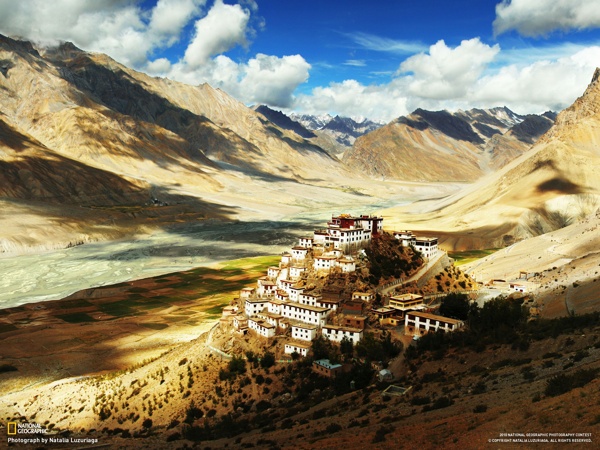 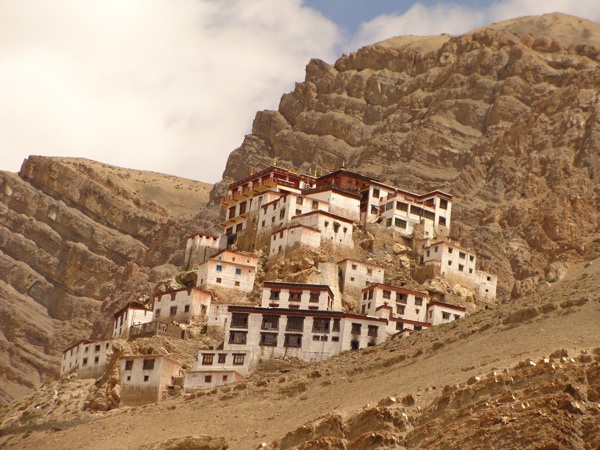 Ki Monastery or Key Gompa is a Tibetan Buddhist monastery which stands spectacularly upon a hill overlooking the small Indian village of Kibar. The monastery stands at 13,668 feet above sea level and the village below is said to be the highest in India. Founded in the 11th century, Ki has not had a peaceful history. The monastery has been attacked many times over the long course of its existence, ravaged by Mongol armies and devastated by fires and earthquakes. The constant destruction and reconstruction has resulted in the monastery being built in a box-like fashion.