With the release of Guillermo del Toro’s ‘Pacific Rim’ just around the corner, as well as the announcement that a new Godzilla movie is in the works and due in 2014, it seems that giant-monster fever is at an all-time high.

Being a huge fan of Toho Universe’s creations, I’ve decided to put together a list of the top 10 villainous monsters from the Godzilla franchise. Enjoy: 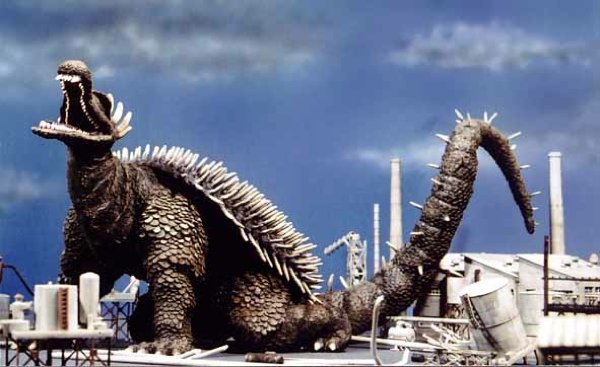 The reason Anguirus makes the top 10 is that he was the first ever monster that we see Godzilla battle in 1955’s Godzilla Raids Again. Other than this fact he’s pretty unremarkable – in fact, he’s one of the weakest monsters in the series. He resembles a dinosaur/armadillo hybrid and has no special powers or abilities whatsoever. Nonetheless, he’s still quite popular due to his fighting spirit and his special status as Godzilla’s first real foe. 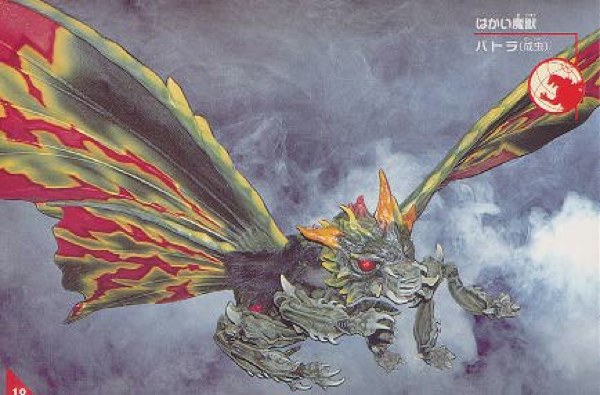 Battra is the Yin to Mothra’s Yang and they are truly arch enemies. In fact, they were originally meant to be twins (Battra being the evil one), however this idea was abandoned in favor of making Battra an environment-stabilizing force created by an ancient race that subsequently went out of control; only another giant-monster-moth-thing by the name of Mothra could defeat it. He appears in both larval and fully grown forms – just like you-know-who. 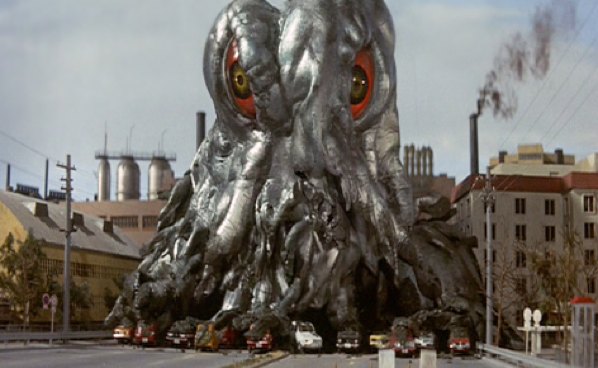 Hedorah is a poisonous alien ‘Smog Monster’, which comes to Earth and rapidly grows and changes form by feeding on our planet’s pollution. It reproduces rapidly, and it’s able to combine with other monsters to make itself even more powerful. After causing much destruction and death, it’s finally defeated by Godzilla by having its insides ripped out and electrocuted. Nice. 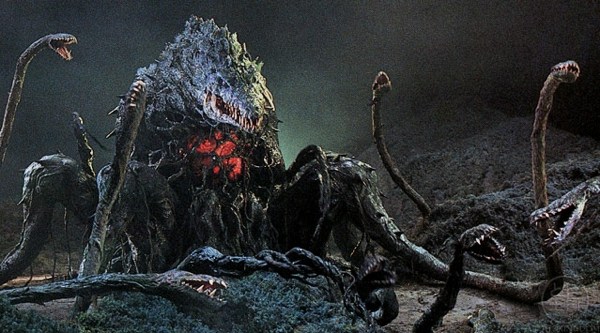 Biollante was created when Godzilla’s DNA managed to get spliced with that of a rosebush’s.

Yes, really. The resulting abomination is actually a pretty menacing creature, Biollante is the heaviest monster in the series, (a hefty 220,000 tons) and pretty intimidating to boot. Its movie, Godzilla vs Biollante, is one of the best in the franchise – so despite only having one real appearance in the series, Biollante deserves a spot on the list. 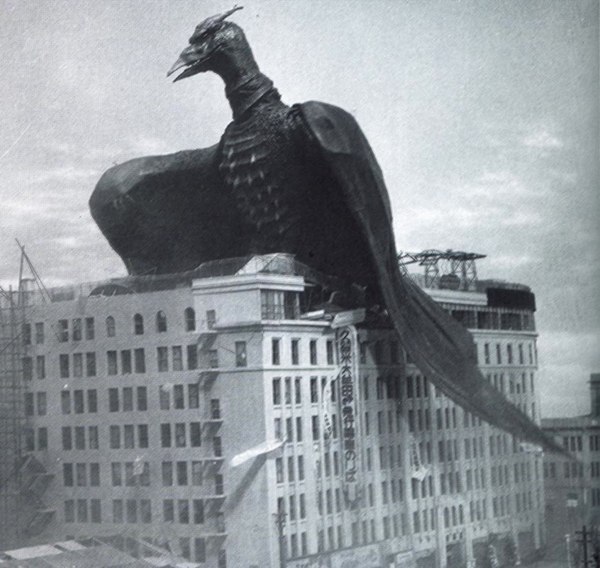 Rodan is one of the more relatively straightforward creatures in terms of design. He is pretty much just a giant pterosaur, albeit a radioactive one. Rodan is similar to Mothra in the sense that he initially appeared in a movie of his own before becoming one of Godzilla’s sparring partners, and also because he’s not inherently evil, often teaming up with Godzilla, Mothra and co. to take on some of the bigger and nastier monsters. 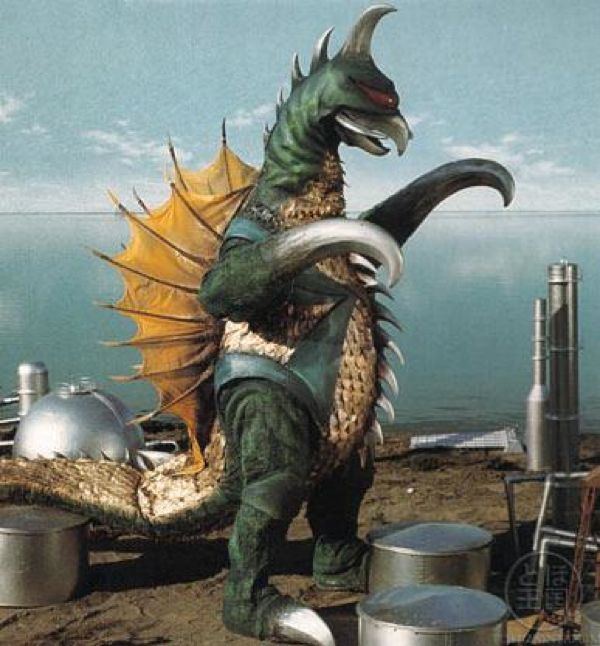 Gigan is one scary lookin’ fella, despite his faint similarities to some sort of punk poultry. I wonder if that’s anything to do with the fact that he has giant hooks for his hands and feet? And possibly that his torso is essentially a functioning chainsaw! A real badass, he inflicts some pretty serious damage on Godzilla before being inevitably defeated. Every little bit as evil as he looks, Gigan is one of the more memorable monsters in this list. Did I forget to mention that at one point in the franchise, he trades in his hook hands for two more chainsaws! Now that’s just greedy.

Perhaps the most popular of all the Kaiju (bar Godzilla of course), Mothra has starred in 11 Godzilla movies after making her debut in a film of her own. Mothra is a bit of a sweetheart, often on humanity’s side, and she’s saved the planet on multiple occasions. She also has extremely powerful psychic abilities, which have helped her have the single greatest success rate in battle against the big guy…not bad for a fluffy, brightly-colored moth. 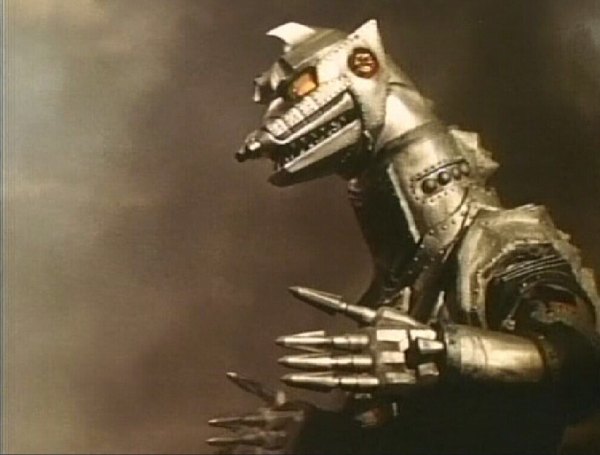 Is there really any need to describe this entry? In case you can’t get the gist from its name alone, Mechagodzilla is the evil robotic mirror image of Godzilla himself. Pretty cool so far, but to make things even better – it’s absolutely armed to the teeth. It can shoot a laser beam from its eyes and chest and it can fire missiles from pretty much every part of his body – even its toes! 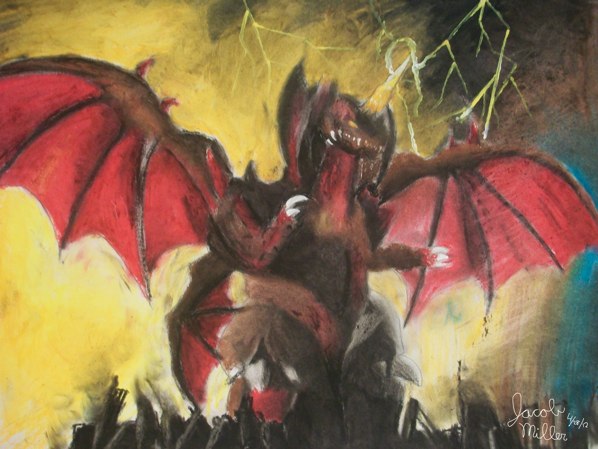 For a while I seriously considered putting Destoroyah at the #1 spot on this list. The reason? He is the kaiju who finally manages to kill Godzilla, once and for all, in his sole cameo in the 1995 movie Godzilla vs Destoroyah. He looks a bit like the Balrog from The Lord of the Rings and he’s a truly horrifying creature. Or should I say creatures? He’s actually made up of masses of crustaceans that mutated and formed together as a result of the effects the Oxygen Destroyer had on the ocean floor. The Oxygen Destroyer, as you may remember, was the device used to destroy the first Godzilla in the original movie of the franchise. That’s a pretty cool way to bring things full circle, I’m sure you’ll agree. 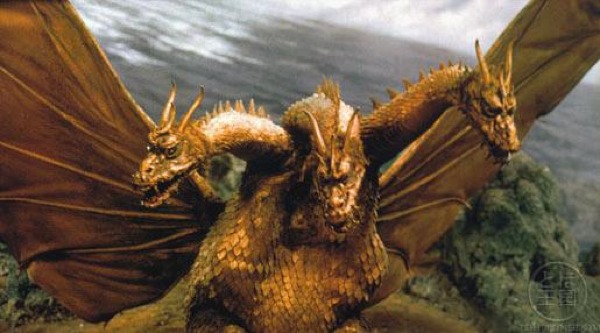 Undoubtedly Godzilla’s greatest and most iconic foe – as well as being a personal favorite of mine – King Ghidorah is one of the most powerful monsters in the series. I could explain at length what makes him so awesome, but really I think the fact that he’s an evil three-headed space dragon with the ability to shoot lighting from his mouth(s), and that he’s able to flatten cities with earthquakes merely by flapping his wings says it all really!

Since making his first appearance in 1964’s Ghidorah, the Three-Headed Monster, he’s been Godzilla’s arch-nemeses ever since. Being the ultra-powerful badass he is, it has always taken Godzilla a little help from his Kaiju friends to defeat King Ghidorah, and he’s never been beaten in one on one combat. If that wasn’t enough, at one stage he was transformed into the even scarier Mecha-King Ghidorah!