When we think of Marvel comics we think of Stan Lee, Spider-Man and spandex. But there are a few things about Marvel many of us don’t think of. Things that should be locked away in a vault even Iron Man couldn’t breach. Here are ten madcap facts about the world’s most famous comics publisher. 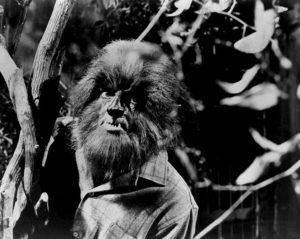 The Comics Code Authority was an organization established in 1954 to make comics more kid-friendly, but in addition to cutting down on violence and gore they also decided to enact an outright ban on werewolves in an attempt to discourage the horror genre. Marvel eventually got around this rather bizarre artistic barricade by developing slightly skewed takes on the wolf-something combo. The best example of this was Sauron, a were-pterodactyl from the Savage Land who debuted in X-Men No. 60 in 1969.

In 1971 the code was–thankfully, for all your lycanthrope lovers–revised and werewolves were allowed to be included in comic book stories as long as they related to the ‘classic’ tradition of the gothic literature of authors like Edgar Allan Poe and Sir Conan Doyle. Of course, after the repeal came a flurry of werewolf titles and characters, such as the popular Werewolf By Night title of the 1970s and the awful Man and Wolf storyline running in Captain America in the early 1990s, which saw the shield-wielding superhero turned into “Cap-wolf”.

9One of Their Most Influential Artists Was Also a Magician 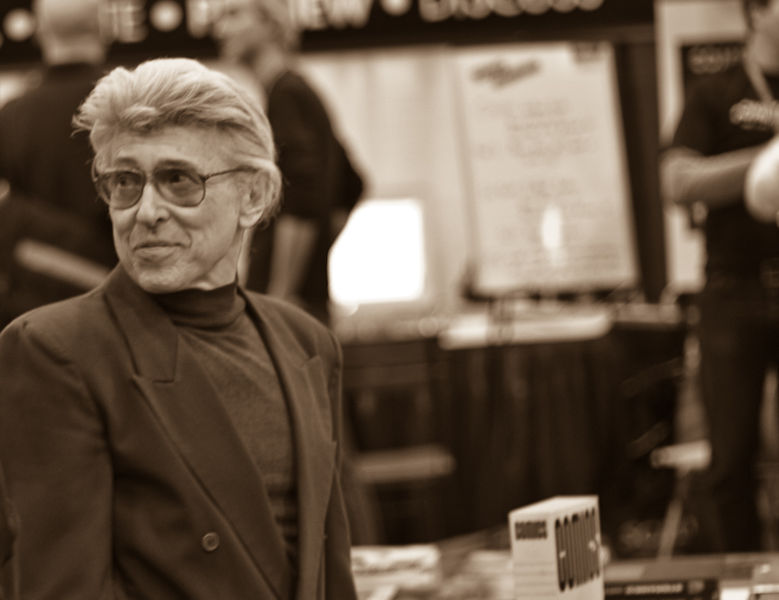 Jim Steranko was a revered artist on Nick Fury, Agent of S.H.I.E.L.D in the 1960s, but his artwork wasn’t the only notable thing about him. Before he became a comic book artist, Steranko was an amateur Houdini enthusiast, putting on shows of escapology involving live burials and the like. He was also in a rock band which once supported Bill Haley and the Comets. He stole guns and motor vehicles and in 1956 he was arrested for the theft of 25 cars and two trucks. And he was a fire-eater. Stranger than fiction or what?

On a side note, Michael Chabon’s Pulitzer Prize-winning novel The Amazing Adventures of Kavalier and Clay has an escape artist lead character named Joe Kavalier who was based on Jim Steranko.

For a fascinating insight into this man’s life, check out this 2010 interview with British broadcaster Jonathan Ross. 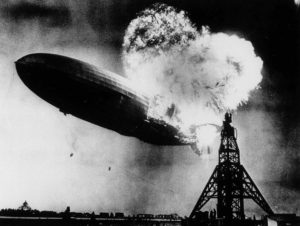 If a man named Martin Goodman had stuck to his original travel plans in 1937, Marvel Comics would have never existed.

That year, Goodman was on his honeymoon in Europe with his wife. For their return leg to the US, Goodman had planned to ride the exciting new Hindenburg airship, but Goodman was late to buy tickets and couldn’t secure two seats next to each other, so they took a plane instead. Of course, the Hindenburg famously crashed, killing 35 of the 97 people onboard.

Martin Goodman however, made it back from his honeymoon and went on to find Timely Comics later that year, which became Atlas Comics in 1951 and, finally, Marvel Comics in 1961. 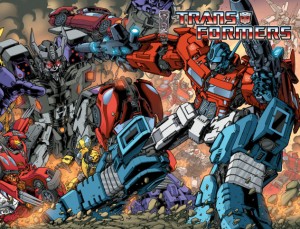 Marvel aren’t just responsible for your love of Spider-Man and Wolverine—they also developed the Transformer names Optimus Prime and Megatron.

Toy manufacturer Hasbro approached then Marvel Editor-In-Chief Jim Shooter and writers Denny O’Neil and Bob Budiansky in the 1980s. Hasbro had bought the robots that disguised themselves as cars and planes from Japanese company Takara and needed to repackage them. O’Neil came up with Optimus Prime and Budiansky created Megatron, while Jim Shooter developed an eight page treatment that chartered the relationship between the Decepticons and the Autobots, explained their back-story, and gave a brief breakdown of several robot’s personality traits and moral alignments. 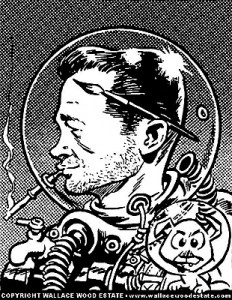 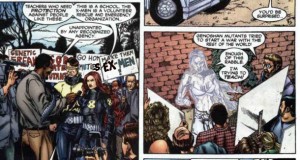 Comic collectors, stop reading this and go grab your copy of New X-Men No. 118. Back? Cool. Now see how many times you can see the word “sex” in the issue. Quick warning: It won’t be easy to spot. The word “sex” is concealed within the illustrations at least 18 times. That’s pretty much one on every page. Some of the places to look include hair strands, bottles of whiskey, a hedge, a puddle, tree branches and protest signs.

Artist Ethan Van Sciver said he included the lewd mentions in the book because Marvel was doing his head in at the time, and he decided to have a bit of a laugh. See if you can spot the hidden words–you’ll find the answers in the comments box, as well as a big hint in the image for this entry.

4They Once Owned the Word “Zombie” 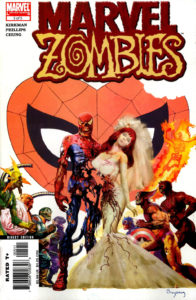 As with many creative industries, comic publishers rely heavily on trademarks and the ability to allow licensing of these trademarks, through movies and merchandise for example, to generate income. The term “Super Hero” therefore is trademarked by DC and Marvel jointly. But what about the term “zombie”?

But Marvel held the trademark until 1996 when, due to the overwhelming popularity of the archetype, they realized the trademark was almost immpossible to enforce. Marvel then went on to trademark “Marvel Zombies” with the registration document stating “No claim is made to the exclusive right to use zombies”. 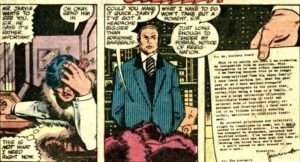 Dave Cockrum. Marvel artist. Resigned from Marvel in 1979. But whereas a resignation letter is usually a private correspondence, in this case the letter was printed in a comic.

Iron Man No. 127. Tony Stark’s butler, Jarvis, resigns after being abused by an inebriated and angry Stark. The letter says “I am leaving because this is no longer the team-spirited “one big happy family” I once loved working for.” The letter went on to say that the disintegration of moral at Marvel and the “unfair, malicious or vindictive treatment” of some individuals has lead to Cockrum not waiting “around to see what’s next.”

The only change in the letter was the replacement of the word “Marvel” with “Avengers”. Three issues later in Iron Man No. 130, then writer David Michelinie explained to readers that the mistaken mix-up of the letters had happened ‘due to a production error’. But to this day, no one knows for sure. 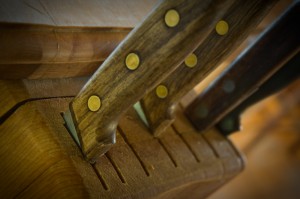 Steve Ditko is considered by many as the greatest comic book artist of all time. Ditko however left Marvel after a dispute over who owned the original artwork of Spider-Man, a character Ditko was the first to pencil. After years of legal wangling, Marvel relented and accepted that all original artwork belonged to the artists and gave that artwork back. But only as a gift, not in any form of copyright or royalties.

But Ditko didn’t take the gesture – whether it was genuine or mocking – lightly. Instead, he put the famous artwork to good use: when comic historian Greg Theakston visited Ditko he couldn’t believe the amount of slashed up original comic panels spread throughout Ditko’s studio. In an act of defiance, Ditko refused to display or preserve the famous boards, instead using them as, among other things, cutting boards. Some of the world’s most famous artwork destroyed all because of a greed-fueled feud. 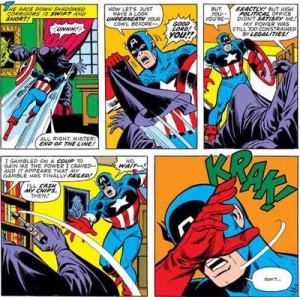 Barack Obama famously appeared on the cover of The Amazing Spider-Man No. 583, but he wasn’t the first president to feature in the Marvel Universe. While George W. Bush and Jimmy Carter have also shown up in the Marvel Universe, the most shocking appearance has to be Richard Nixon in Captain America No. 175, published a month before Nixon resigned over the Watergate scandal. In the storyline, Cap is trying to smoke out a corrupt top government official who’s hatching an evil plan to enslave the entire country.

The story arc, written by Steve Englehart, came to a head in 1975 when Cap tracks the mastermind down inside the White House. The baddie, cornered and isolated, decides to take his own life. Although we never see Nixon’s face on the panels, Englehart later said “Cap followed a criminal conspiracy into the White House and saw the President commit suicide.” He goes on to say “People often ask if Marvel hassled me for the political vibe in this series and others, and the honest answer is that they almost never did. It was a wonderful place to be creative. Here, I intended to say the President was Nixon, but wasn’t sure if Marvel would allow it and so censored myself–probably unnecessarily.”