Watch a play. Go mountain climbing. Entertainment services cater to a wide variety of interests, but for some, that is simply not anywhere near enough. For those who seek the ultimate experience, no matter how strange, awesome or extreme, there are service providers who will give you the experience of your dreams, or in some cases, your perfect nightmare…

The following strange, out of the box or radical experiences give an entirely new definition to entertainment and raise thrill seeking and offbeat adventure to a whole different level.

10
Attend Your Own Funeral 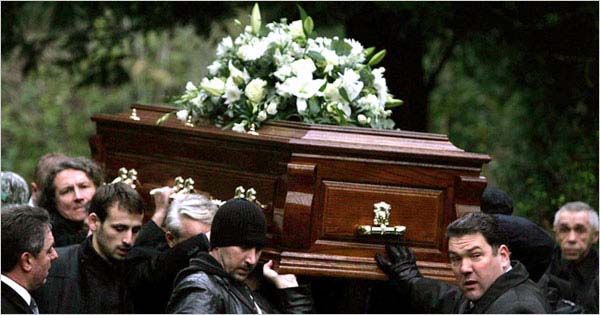 For around 3,000 dollars, you can arrange to have a full funeral service held, with music and sombre décor. Your celebration of life will be attended by a range of mourners selected according to your lifestyle, observed by….yourself! As you sit in the audience, you will see a closed casket, listen to an end of life speech by a minister, and observe your subsequent burial. The funeral package includes a carefully written obituary, and a remembrance session is offered for mourners to speak about your contributions to this world. Participants may become depressed for a time, gain a new perspective on existence, or even experience a new sense of purpose. You can only die twice…

9
Spend a Night in the Morgue 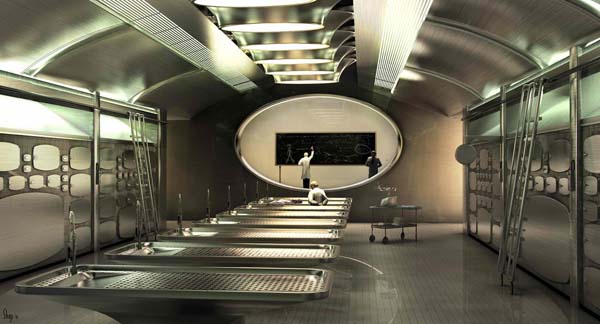 If the funeral service is not enough, you can pay extra, around 2,000 dollars for a prior stay in the morgue following a staged accidental death. You will be taken to the facility after being placed in a body bag, with optional ID tag attached to your body bag. The deluxe package includes inspection by a mortician, with commentary. You will be presented with a cause of death certificate, medical records and notice of passing letter for next of kin. You have the option of listening to officials make phone calls to inform of your passing prior to your trip to the facility. 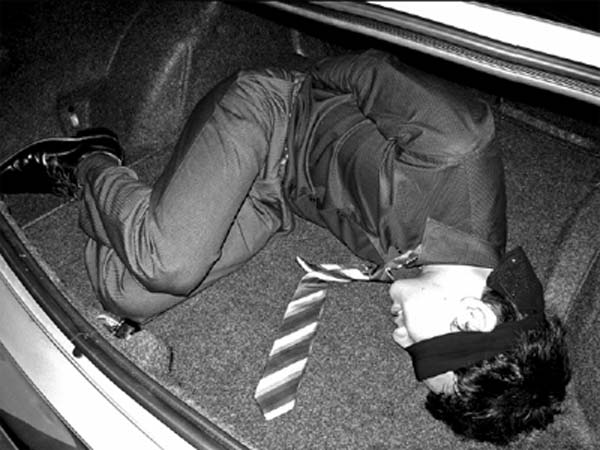 A French company called Ultime Realite offers the service of a complete, simulated kidnapping to clients, who pay anywhere from $1,000 to $3,000. Thriller seekers are stalked for around 5-7 days after signing a waiver and terms of reference form. They will then be seized by men in black, tossed into a car, and left in a holding cell or other undisclosed location. Clients will be interrogated, robbed, threatened or held for ransom depending on the nature of the experience they have selected. A negotiator may be brought in to discuss terms. Captivity may last up to 11 hours before the “victim” is finally released. 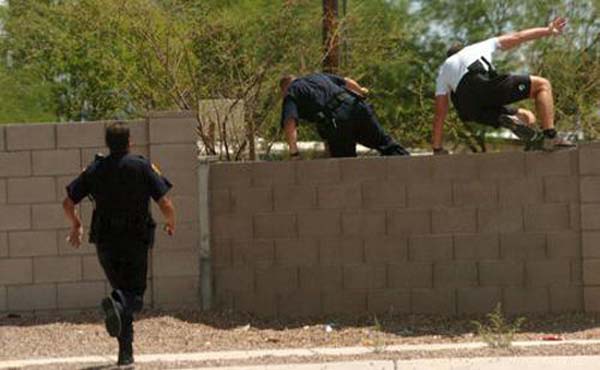 If kidnapping is too…passive, you can purchase a manhunt package for around $2,000, with your role being either the fugitive, or the bounty hunter. You will follow or be followed through a high stakes, apparently dangerous chase involving rugged terrain, boats, city streets and wilderness areas, trying your hardest to either avoid capture, or capture the fugitive. Few thrills compare to the realistic experience of running for your freedom, or your life, or nearing the excitement of capturing a notorious drug dealer or gang killer for a reward. 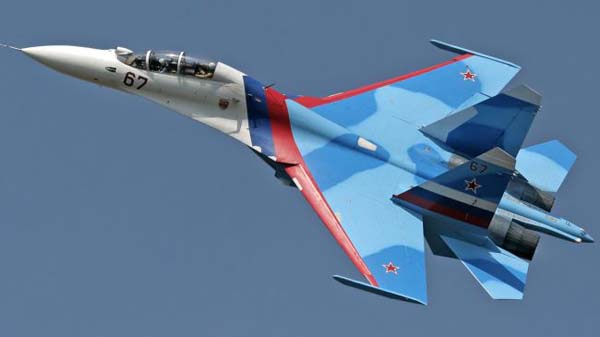 The ultimate thrill experience on Earth has to be that offered by FlyFighterJet.Com. For $16,000, you can book a custom flight in a Russian Mig 29 Fulcrum Aircraft, taking you to the edge of space at over 72,000 feet! You may be offered a chance to control the formidable fighter aircraft, capable of speeds over Mach 2 as it screams through vertical rolls before entering a hammerhead stall. The flight concludes with a terrifying low elevation pass above the Russian countryside. The package includes a full medical checkup and the opportunity to shake hands with a top Russian jet fighter pilot. 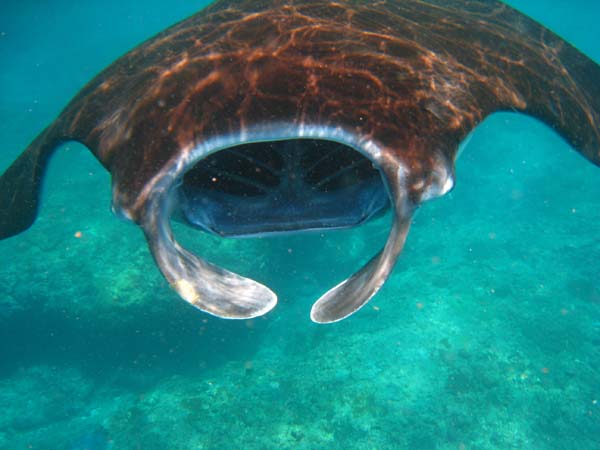 Want to push your comfort zone to the edges? Face your fear of huge fish by diving with 20 foot Manta Rays, also known as Devilfish. These humungous creatures fly through the water with wings, and weigh hundreds of pounds. Your experience will include unrestrained scuba diving through the natural habitat of the real life sea monsters, which will sweep past you to feed on the sea creatures attracted by your shining water flashlight. Expect to be circled and nudged as these close relatives of sharks approach. Manta Rays do not deliberately hunt humans, but they do have teeth, and can swallow large objects…

4
Rent a Formula One Car 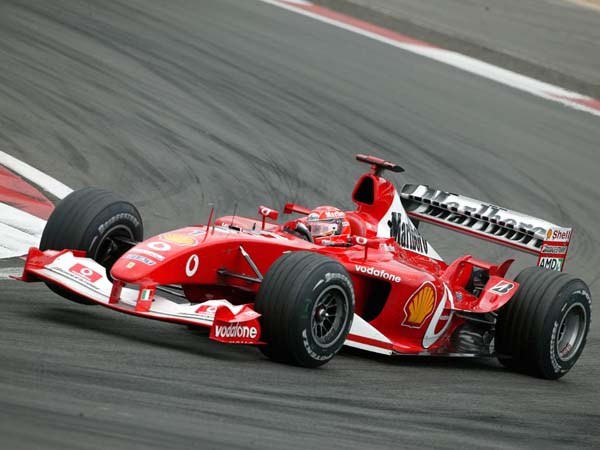 If standard sports experiences or high performance cars offer insufficient thrills, why not go all the way in motorsports thrill seeking? For a relatively reasonable $600, you can put yourself in the pilot’s seat of a 900 horsepower Formula 1 racing machine capable of driving at over 200 miles per hour! You can manoeuvre the favored single seater mount of Michael Schumacher and Mario Andretti by yourself around the track, carving through corners at speeds faster Grand Theft Auto. You will receive basic instructions on how to control the machine with a degree of safety, but it is up to you to keep the car on the road and survive the massive G-forces

If most extreme sports are not extreme enough, then why not combine them with well pressed clothing? Extreme Ironers perfect the pleat of their shirt in situations that would see many soak it with a cold sweat. Extreme Ironing International is an organization formed out of New Zealand in 1999 to promote the bizarre and awesome sport on a global scale. For a modest fee, competition rallies accept entries who pay to display shockingly irrational displays of ironing skill, including ironing while standing on a kayak, hanging from cliffs, while wakeboarding, and even while skydiving. “EI” often perform ironing board tricks, and may even iron beside deadly crocodiles. 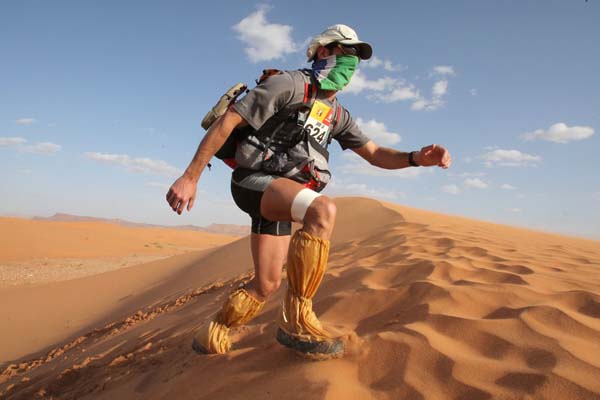 For the truly extreme, and perhaps masochistic athlete, nothing could come closer to perfection than the Saraha Desert Marathon. Applications are filed by participants, who then pay a fee of $4,0000 to run a distance of over 250 kilometer across the Sahara’s hottest and bleakest sand dune and rock terrain. This harsh landscape in southern Morroco is one of Earth’s 5 most extreme desert environments. The sand pulls you down, and temperatures may climb above 135 F in the cloudless sky. This run is considered the hardest on Earth, and preparation may 3 last years. Unfortunately, two participants failed to survive it in 2007 due to heat and strain.

For $16,000, you can go sea kayaking in the frozen waters of: Antarctica! Thrillseekers travel to Tierre Del Fuego, at the southernmost tip of South America and take a kayak transporter to the edge of the Antarctic ice sheets. You will begin your kayaking trip amongst the minus 70 F air conditions with below freezing water temperatures and wave action. You will then manoeuvre your vulnerable kayak amongst the dangerously shifting ice sheets and through frozen passages, with hundreds of feet of frigid water beneath you. Adding to the danger, a potentially man eating leopard seal could always tip your kayak.