Dowries and bride prices have long been a feature of human civilization, utilized in virtually every culture. Dowries often served as protection for the wife, as she would be right to leave her husband and take the dowry back if he or his family treated her badly, an all too common occurrence.[1]

Dowries are now uncommon in Western cultures, and they are becoming increasingly outlawed in others. While dowries and bride prices (which is where the bride’s family is paid) are usually just a simple gift of money, history has a long list of more unusual examples. Here are ten of them. 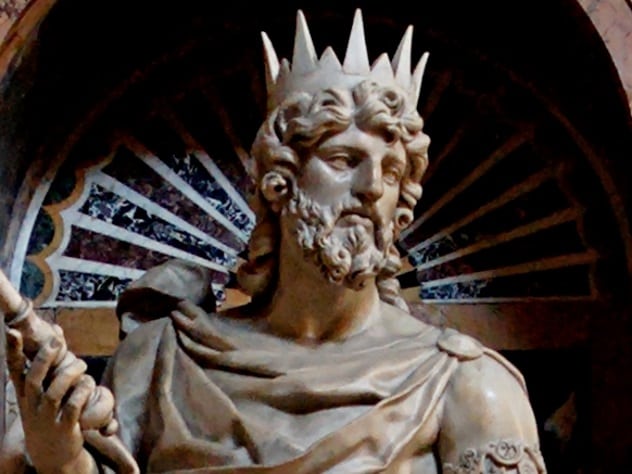 David, famous for slaying Goliath as well as being king of Israel, had to work pretty hard to get his first wife’s hand in marriage. A woman named Michal fell in love with the former shepherd and he with her; however, her father was Saul, king of Israel.[2] Her father, jealous of David’s growing fame, sought to have him die in battle and demanded the foreskins of 100 Philistines, the hated enemies of Israel.

David, ever the show-off, decided to bring back double that amount, just to show how much he really wanted Saul’s daughter. Nonsexual in nature, the bringing back of foreskins was to show David’s strength, as no man would part with that piece of himself without dying first. In addition, taking parts of a man’s body after battle as a sign of victory or a trophy has a long history in war. True to his word, Saul begrudgingly allowed David to marry his daughter. 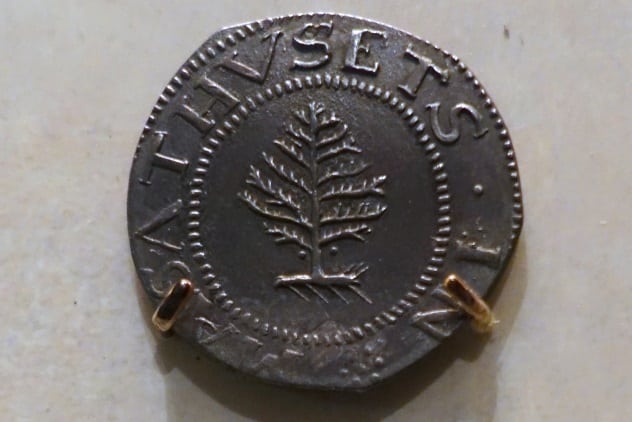 Born in the 17th century, John Hull was the originator of the first Massachusetts mint and was the first man in charge of running it. Hull created the silver pine tree shilling, and coins meant a lot to him, so much so that they were integrated into the bride price for his daughter when a man named Samuel Sewall asked for her hand in marriage.

After much negotiation, it was decided that the amount would be the equivalent of Hull’s daughter’s weight in pine tree shillings.[3] When the day came, Hannah was placed on a scale, and the displayed weight became her bride price. Though her weight was never listed, about 45 kilograms (100 lb) of silver in Hull’s day was the equivalent of roughly $1,600, and it can be assumed that her weight was relatively unremarkable, so the bride price was probably a relatively modest amount. 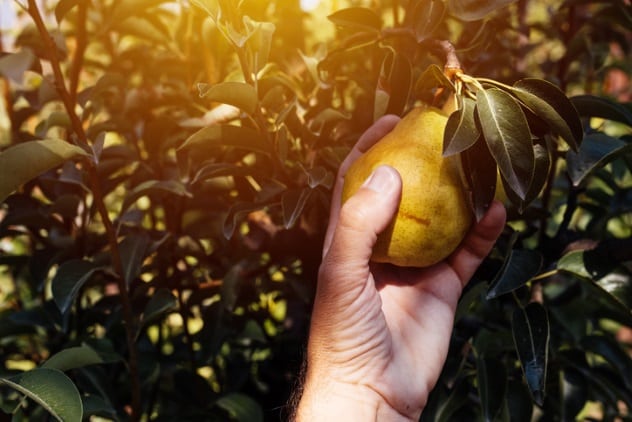 An old Scottish legend dating back to the 13th century, the Colstoun Pear was said to have been originally picked by a local wizard named Sir Hugo de Giffard. His daughter was marrying into the de Broun family and wanted to present them with a special gift. Giffard told his daughter’s future family that, as long as she kept the pear from harm, it would ensure their safekeeping and the safekeeping of their descendants.[4]

The legend continued in 1692, when one of Giffard’s descendants, Lady Elizabeth Mackenzie, had a dream that she took a bite of the pear. The servants rushed to the silver casket where the family kept it and found it untouched. However, shortly after this event, Mackenzie’s husband fell deep into debt and sold the pear to his brother Robert, who subsequently drowned, along with his two young sons. 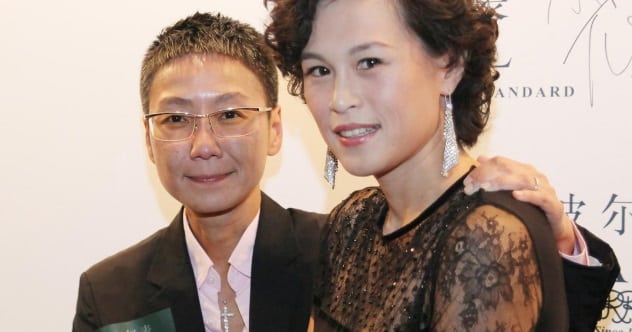 Here’s a relatively recent story: Gigi Chao is a lesbian and the daughter of Cecil Chao, a Chinese billionaire. Unable to come to terms with his daughter’s lifestyle, as well as the embarrassment he felt from it, Cecil put out an offer: If a man could convince Gigi to marry him, thereby renouncing her lesbianism, he would give them a dowry of $65 million.[5] He later offered to double the amount.

However, Gigi remained steadfast, proclaiming her marriage to her partner Sean Eav to be real and urging her father to treat Eav like “a normal, dignified human being.” Though a flood of proposals came Gigi’s way, Cecil eventually retracted his offer, saying if being a lesbian was his daughter’s choice, there was nothing he could do. He stated that the money was going to stay “in his pocket.” 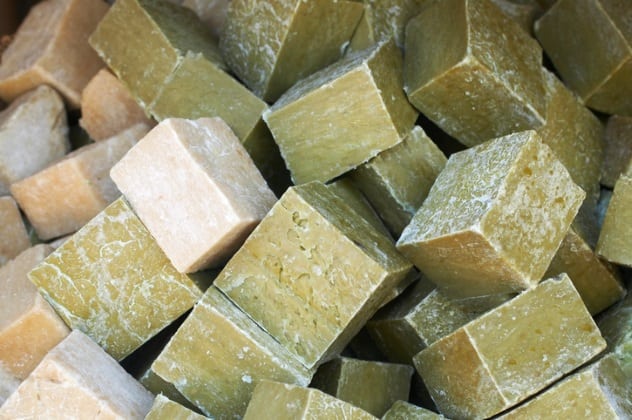 Early in the 20th century, a Frenchman named M. Le Blanc married an unnamed daughter of a Parisian man. The bride’s father was a hairdresser, and a well-to-do one at that, as he provided his daughter with two dowries. The first was traditional, a large sum of money, but the second was quite unique.

Wishing to shower his future son-in-law with the promise of cleanliness, the bride’s father gave him his daughter’s weight in soap as the second dowry.[6] Seeing as her weight was given as a healthy 64 kilograms (140 lb), it can be assumed that the newlyweds were never left wanting for soap. 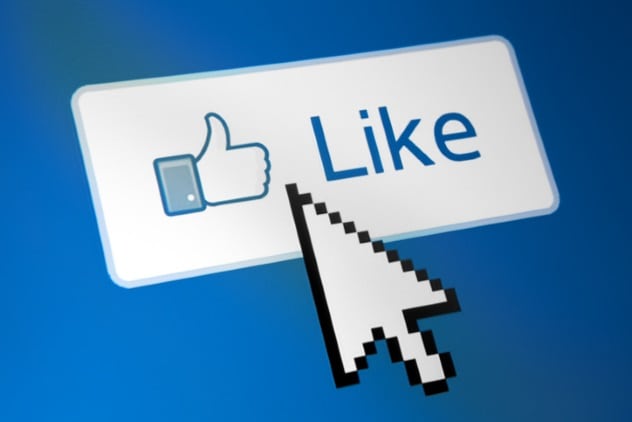 In 2013, Salem Ayash, a Yemeni poet by trade and a popular Internet figure in his home country, decided to have his prospective son-in-law prove his worth as a future husband, rather than simply pay him a bride price. To show that he was hardworking and capable of providing for his wife, the man, identified only as Osama, was given a month to accumulate one million likes on a Facebook page set up for the engagement.

Ayash had become fed up with bride prices spiraling out of control, especially concerning young people who are often ill-equipped to afford them, and intended the like requirement as a critique on modern bride prices. Oftentimes, entire neighborhoods might join together to raise the needed money to meet the bride price; to combat this, various attempts have been made over the last few years to set a maximum legal amount.[7] Unfortunately, there is no longer an active Facebook page, leaving the outcome a mystery, though Ayash said he would consider lowering the request.

4 Much Of Southwestern France
Bride: Eleanor Of Aquitaine 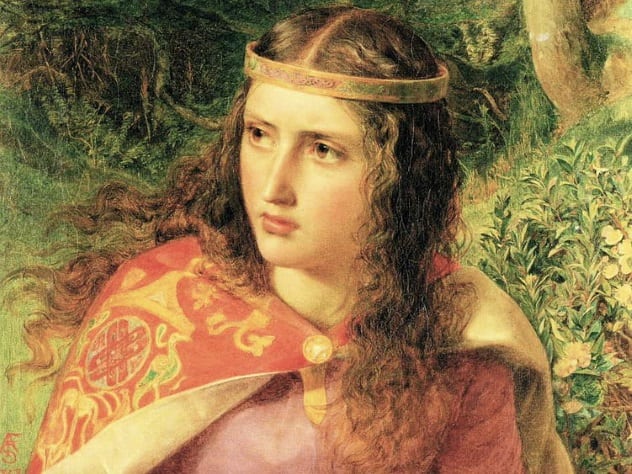 Eleanor of Aquitaine was one of the most powerful women in Europe during the 12th century, eventually becoming not only the queen consort of France but of England as well. Her father died when she was 15, making her the duchess of Aquitaine, and Louis VI (“the Fat”) was made her guardian. He immediately commanded her to marry his own son, who took the throne just a few months later, as Louis VI died of dysentery. As a dowry, Eleanor brought with her the duchy of Aquitaine.

After 15 years of marriage, and a lot of bitterness (she claimed he was like a monk), King Louis VII and Eleanor had their marriage annulled.[8] Thanks to some shrewd maneuvering on her part, the queen managed to retain all her land, in exchange for allowing the king to keep the children. She married Henry Plantagenet a short eight weeks later, bringing the land to him as a dowry. (He was crowned King of England less than two years later.) 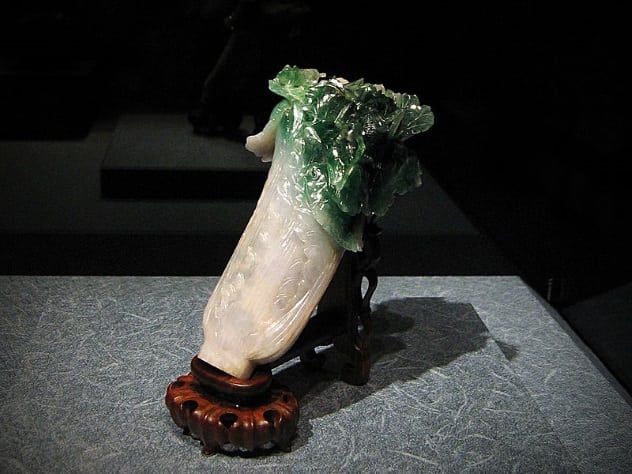 An extremely well-crafted piece of art, the Jadeite Cabbage is exactly what its name implies: a piece of Chinese cabbage carved from jadeite, one of two minerals recognized as the gemstone jade. Most likely created sometime in the 19th century by an unknown artist, the piece is believed to have been a dowry gift for Consort Jin, as a symbol of her purity. The association with purity is said to come from the white body of the cabbage.

In addition, the two insects, one a katydid and the other a locust, are said to be good luck charms designed to represent “the blessing of giving numerous children.”[9] This stems from the fact that the female insects lay many eggs at once, with the locust laying as many as 1,500 eggs. Now housed in Taiwan’s National Palace Museum, it has become the most popular artifact there, drawing huge crowds whenever it is loaned out. 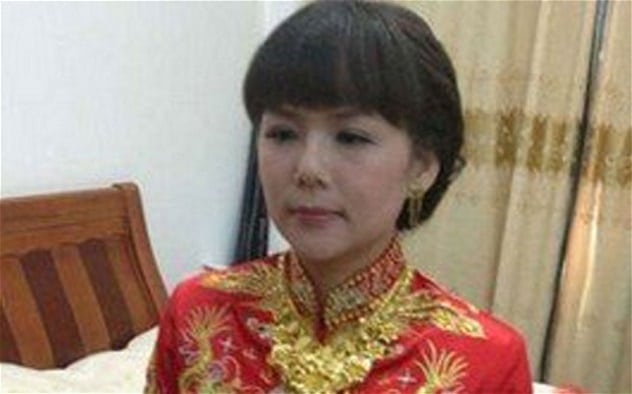 Wu Ruibiao is an extremely wealthy Chinese kitchen and tile magnate and has a daughter who got married at the end of 2012. In a move that some cynics have called nothing but “self-publicity,” Wu decided to gift his daughter with a rather large dowry: more than one billion yuan ($156.37 million).[10] Made up of a number of different gifts, including four boxes of gold as well as a Porsche and Mercedes-Benz, the dowry’s most valuable piece was five million shares in Wu’s company, Wanli, estimated to be worth as much as $15 million.

The bride, who has remained unnamed, was married to her childhood sweetheart after an eight-day wedding banquet. A newspaper in Hong Kong was quoted as saying that marrying a girl from Jinjiang, an entrepreneurial city on China’s southern coast, is “better than robbing a bank,” as the billionaires of the city have been in a metaphorical arms race over who can provide the largest dowries.

1 The Cities Of Bombay And Tangier
Bride: Princess Catherine Of Braganza 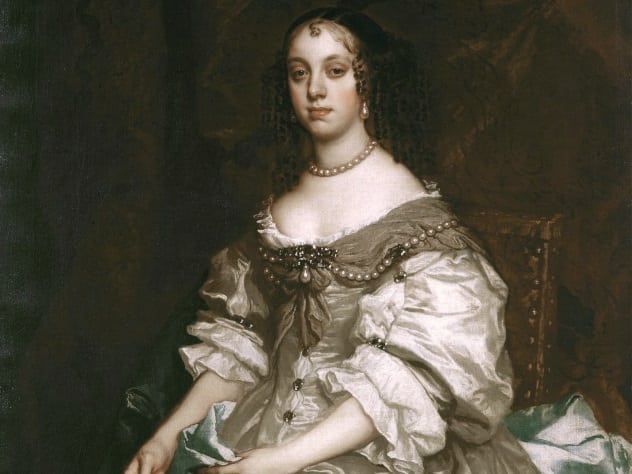 Catherine of Braganza was a 17th-century Portuguese princess who ended up marrying Charles II of England and becoming the queen. Often mistakenly credited with introducing tea to Britain, she nevertheless had much to do with making her homeland’s custom fashionable. While that can be seen as her greatest gift to the country, she also brought with her two cities when she married Charles II: Bombay (now called Mumbai) and Tangier.

Tensions soon arose in Tangier, with the Portuguese residents accusing the British troops of looting and rape and abandoning the city en masse.[11] The city was eventually abandoned by the British as well after years of siege at the hands of Ismail Ibn Sharif. Bombay lasted under British rule quite a bit longer, only changing hands when India gained its independence in 1947.

Read more about the weirder side of marriage on 10 Unorthodox Forms Of Marriage and 10 Terribly Dysfunctional Royal Weddings.