It’s a well known fact that the senses of animals are much sharper and wider in range than our own. Anyone who has ever owned a pet may have observed the amazing abilities of animals to seemingly become aware of things outside our own perception.

Accounts from natural disaster victims seem to show that critters big and small become aware of impending events long before we do. Humans have tapped into these animal instincts in a variety of ways, based both on scientific validity and good old superstition. 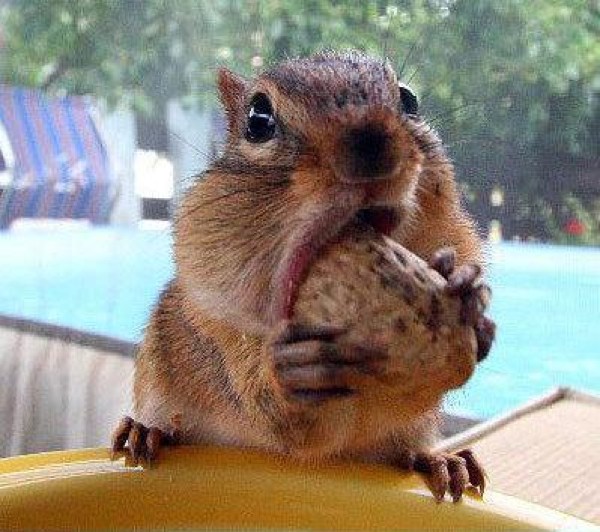 Squirrels love nuts. But when it comes to choosing nuts placed in front of presidential candidates, one pet squirrel had a preference as to whose nuts he preferred. Gnocchi, the rodent savant of Charleston, South Carolina, correctly predicted the results of the 2008 election: Obama for the win. Unfortunately, when the local media covered the 2012 election and pegged Gnocchi’s choice for Republican Mitt Romney, the squirrel’s ability to foretell the future seemed to be cut short. 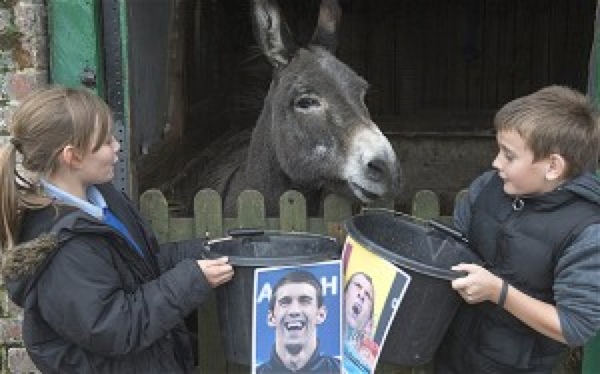 The Daily Telegraph used Larry the prognosticating donkey to forecast the daily outcomes of the 2012 London Olympics. Two feed buckets, marked with “Y” and “N”, were offered to the little guy along with a question about an Olympic event happening that day. The first bucket Larry chose was considered his answer. I’m sad to say that at the end of his stint, his record was a measly 8 correct and 9 incorrect…nothing to hee haw about after all. 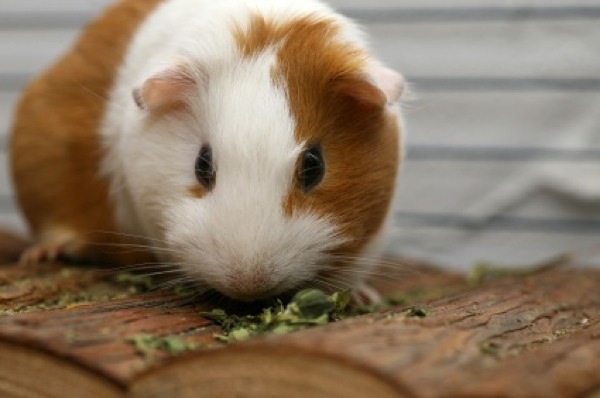 In Andean Peru, certain shamans practice a method of detecting bodily maladies using guinea pigs. The live animal is passed over the patient’s body and then immediately killed, sliced open, and internally inspected. It is believed that the guinea pig takes on the same afflictions as the patient, and therefore the creature’s organs and entrails can be diagnostic based on their texture and appearance.

Black guinea pigs are especially coveted for this folk medicine practice. Ancient cultures such as the Mesopotamians, Romans, and Etruscans also used animal organs for divination of future events – a practice called extispicy. 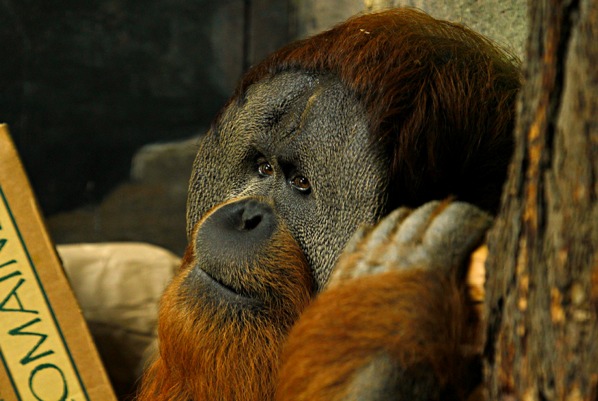 Not only one, but two zoos have wise orangutans that regularly predict the outcome of the Superbowl. In Salt Lake City, the Hogle Zoo has an ape named Eli that has correctly chosen the winning team for the last five consecutive years.

Eli’s method is simple. He is presented with two paper mache football helmets and batters the one he likes best. The Oregon Zoo also has a grandmother-grandson ape team (Kutai and Inji) that regularly pick their favorites but as of late can’t seem to come to any consensus. Other random creatures that are claimed to be Superbowl psychics: a rhinoceros, a camel, and a Sumatran tiger. 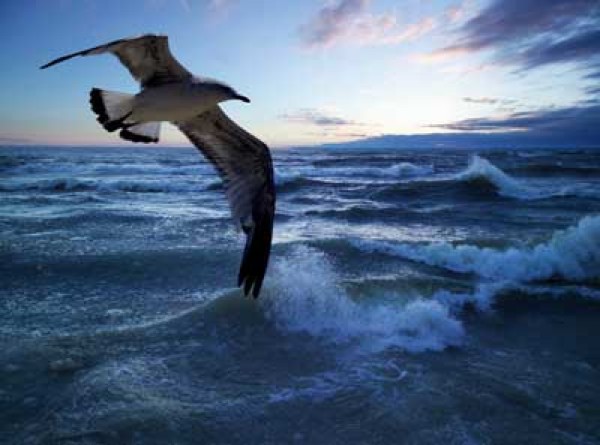 The weather is sometimes more important to the survival of other organisms than it is to us. Farmers and other animal observers have pointed to a slew of indicators that are supposed to signal what’s happening outside: how loud frogs croak, how high the birds fly, the posture of cows and sheep, the absence or presence of bees, ladybugs, and butterflies, and the behavior of ants. 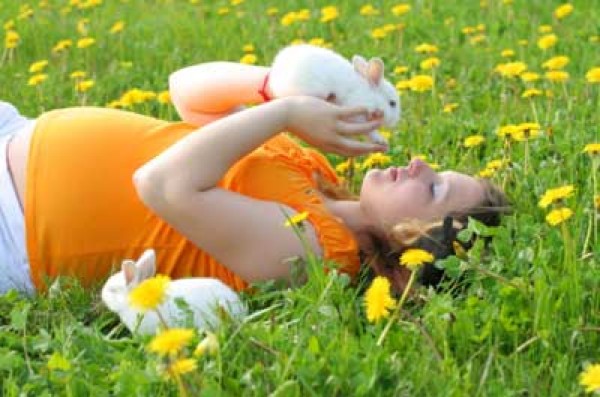 Ever heard of the “rabbit test?” In the early 1900s, the most reliable way to tell if a woman was pregnant was to inject her urine into an immature mouse or rabbit. A few days later the animal was dissected – and if its ovaries were enlarged, the woman was pregnant (with 98% accuracy). This is because the hormone hCG can be found in the blood and pee of pregnant women, and this substance stimulated sexual maturation in the adolescent animal.

Mice were first used when the test was established in 1927, but rabbits were more commonly utilized after 1949. Modern pregnancy tests operate on the same premise – but without harming our hapless furry friends. 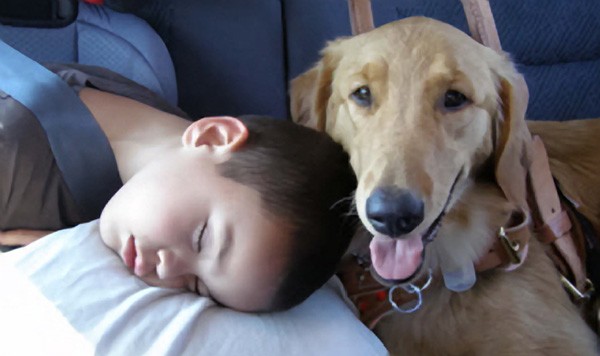 Service dogs are very beneficial for people who need them. Not only can trained canines assist individuals with sensory and mobility deficits – they’re also being taught to help those with diabetes, autism, and cognitive disabilities.

Interestingly, some individuals with seizure-response service dogs report that their pooches can actually predict the onset of a seizure before it happens and alert them to it. Normally these response dogs react during and after an episode. This prognostic behavior is difficult to successfully coach, and usually occurs spontaneously as the dog spends time with its owner.

The ability of service dogs to successfully predict an impending seizure is still debated in the medical community, as the professionals speculate that the dog is actually reacting to subtle changes in their owner’s heart rate, scent, or overall behavior. 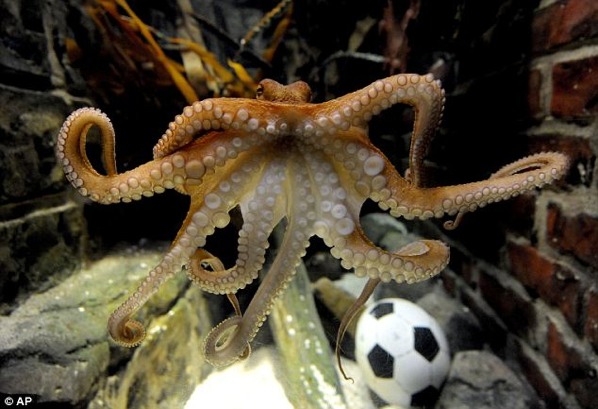 Paul was an English common octopus that lived in the Sea Life Center in Germany. He was notorious for predicting the outcomes of soccer matches in 2008 and 2010, with an impressive record of 20 out of 22 correct. Paul’s choice was indicated when he retrieved a mussel from one of two boxes presented to him in his tank, each with the flag of the two countries playing each other in the match.

His fame landed him in 100th place on the BBC’s “Most Annoying People of 2010” list. He was also mentioned in a cantankerous speech delivered by the Iranian president the same summer. 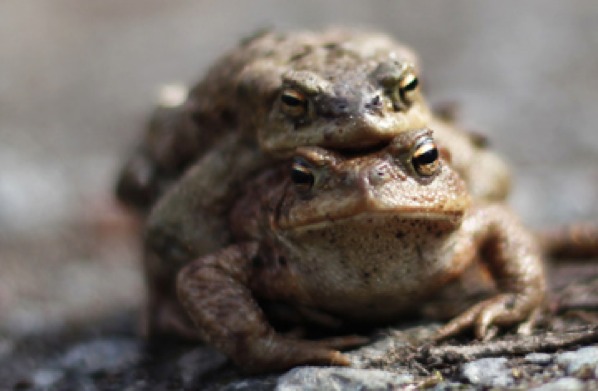 Many species react strangely just before an earthquake. By a stroke of luck, a biologist named Rachel Grant was actually studying the mating behavior of toads in Italy just around the time when a tremor hit. The toads suddenly disappeared, the earthquake struck, and then all the amphibians reappeared a few days later to get busy.

According to Grant, it’s possible that toads are actually able to sense the gases and charged particles released into the environment just before a seismic event. The toads might also be able to notice changes in the magnetic field, small ground movements, or rippling shock waves – and the same may be true for other animals that seem to predict earthquakes in a similar way. It’s still unclear as to what exactly the toads can detect. The Chinese also performed earlier research on how pigeons react just before an earthquake. 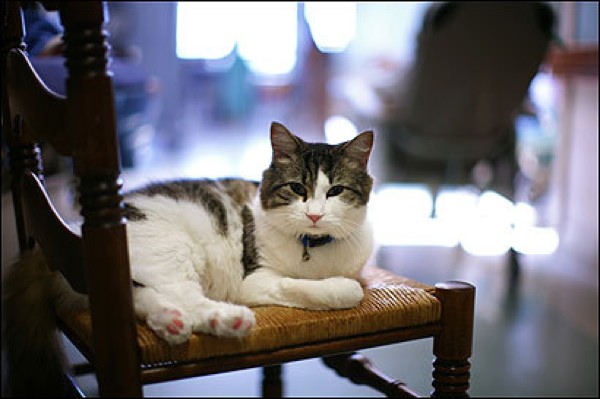 Oscar the cat was a stray taken in by a nursing home in Providence, Rhode Island. The kitty is not the cuddliest pet in the facility. In fact, Oscar only wants to get cozy with residents who are about to pass away. He’s so accurate that the staff will contact the patient’s family when Oscar starts providing bedside service. The cat has ushered over 25 residents into the ether and even surprises the staff by emerging from the rooms of patients whose death was unexpected. His uncanny abilities have been documented in the New England Journal of Medicine by geriatrician Dr. David Dosa.