Too often, we have heard of humans receiving death threats. But what about an animal receiving a death threat? Why would someone even threaten an animal?

As we are about to find out, there are different reasons. Some animals just happened to step on the wrong toes. At other times, their owners were to blame. Then again, some people are just crazy. 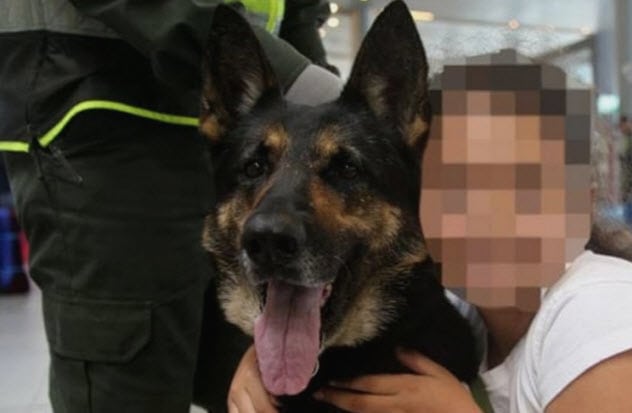 Sombra is a German shepherd sniffer dog that works with the Colombian police. She is an expert at sniffing out hidden drugs and narcotics and used to be deployed to seaports. The police decided to move her to an airport after she received death threats.

The threat was issued by the Urabenos gang, which is the most powerful drug cartel operating in Colombia. The cartel is headed by Dairo Antonio Usuga (aka Otoniel), who remains the most wanted man in Colombia today. He offered a 200 million peso ($70,000) reward to the person who killed the dog.

Otoniel issued the threats after Sombra sniffed out 10 tons of drugs belonging to his cartel. Sombra found 5.3 tons of drugs just before they could be sent through the coastal town of Turbo, Colombia, where speedboats and submarines are known to transport drugs into the US.[1]

She found another four tons hidden in car parts intended for export. Police moved Sombra to the airport and deployed more officers to protect her. 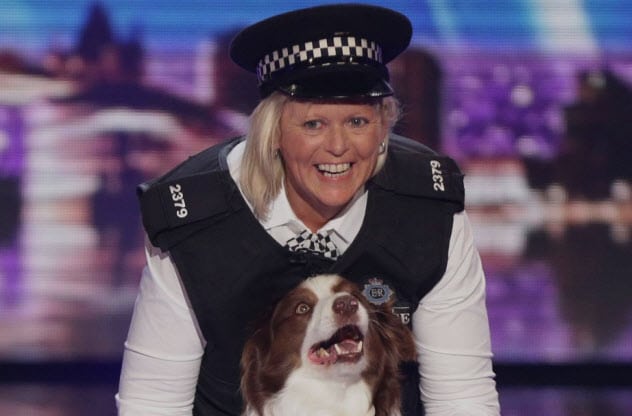 Jules O’Dwyer and Matisse were the winners of the 2015 edition of Britain’s Got Talent. Matisse was a dog, and Jules O’Dwyer was his owner. Jules and Matisse clinched the £250,000 first prize after a final performance where Jules acted as a policewoman chasing after a naughty dog that stole a sausage.

Matisse was the errant dog and performed several tricks, including walking on two parallel tightropes as he escaped. Many viewers loved the spectacle and voted for Jules. After winning, she revealed that the tightrope scene, which was the most breathtaking part of their performance, had been acted by another of her dogs, Chase. She had switched both dogs mid-act.

This made voters angry. They thought that Matisse had done the whole trick. Even the judges were not aware and had thought that Matisse was walking on the tightrope. Jules explained that Matisse could also do the trick but was afraid of heights, which was why she used Chase. But that was not enough to calm angry nerves.

Things quickly went downhill, and angry voters sent death threats via Twitter to both Matisse and Chase. Jules did not take chances and improved security around her dogs.[2] 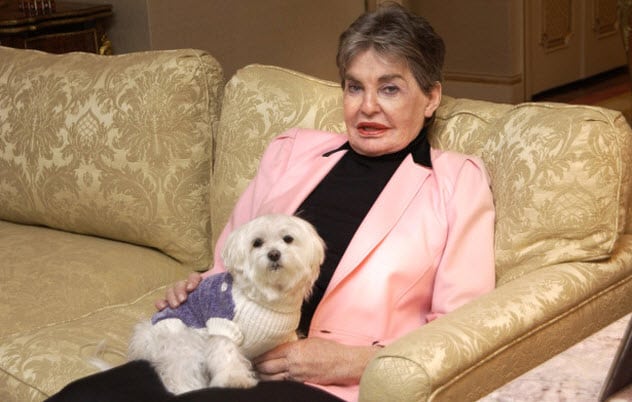 Trouble was the name of a white Maltese owned by the late American billionaire, Leona Helmsley. The dog really found herself in trouble when she started receiving death threats after her owner died. The cause was not far-fetched. Trouble had received $12 million in the will of her late owner.

Several close family members did not receive that much. Two of Helmsley’s grandchildren did not get anything. Trouble lived on the 46th floor of the luxurious Helmsley Park Lane Hotel in New York. Her food was specially prepared by chefs. A large sum was also spent each year on her upkeep.[3]

Trouble’s caretakers received 24 death threats directed at the dog. To prevent any problems, they got Trouble her own private security and booked her flights under an alias. Trouble later wound down her eating habits and went low-key, eating regular dog food. 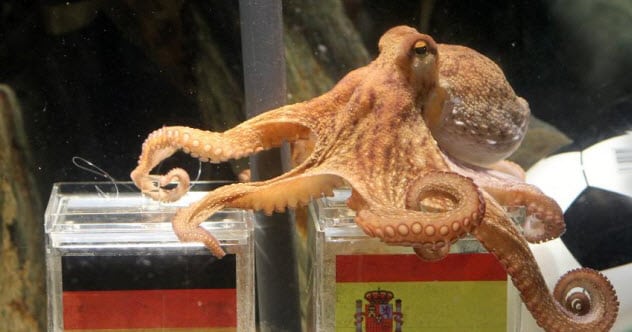 Octopus Paul was a psychic that became famous for predicting the winners of seven matches during the 2010 World Cup. Before every match, Paul was given two boxes containing a mussel. Each box had one flag of the competing countries.

Any box from which Paul decided to eat a mussel was supposed to be the winner. Paul correctly predicted several matches including the finals, which he forecast to be won by Spain. Paul made several enemies during the tournament. Most were from countries that he chose as losers. Two of the nations were Argentina and his home of Germany.

Paul received death threats immediately after he predicted that Argentina was going to lose to Germany. Angry Argentina fans took to social media to threaten to cook and eat him. Back home, one Argentine newspaper even published a recipe for cooked octopus.

Germans themselves came after Paul when he forecast that Germany was going to lose to Spain. Like the Argentines, Germans threatened to kill and eat the poor octopus. Some suggested that he should be fried, barbecued, or just turned into a salad.[4] 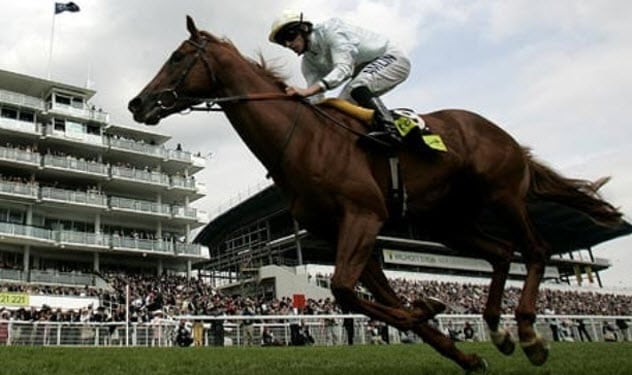 Racehorse Conduit received death threats before he was to compete in the King George VI and Queen Elizabeth Stakes in July 2009. The threat was issued by Andrew Rodgerson, who feared that Conduit would win the race. Such a victory would have put Rodgerson in debt.

He had been paid to place bets for some people but had forgotten to bet on the race in which Conduit was supposed to participate. A win for Conduit would have put him in debt for £50,000. Rodgerson sent a text message to Peter Reynolds, the general manager of the Ballymacoll stud farm that owned Conduit, threatening to kill the horse if it was not withdrawn from the race.[5]

Rodgerson later sent a follow-up email, stating that Reynolds was not taking his threat seriously. Meanwhile, Reynolds reported the dangerous message to the police, and Rodgerson was picked up. His arrest was not difficult. He had sent the text message and email with his personal phone and computer.

Conduit won the race, while Rodgerson got a consolation prize of a 34-week jail sentence, which was suspended for two years. Rodgerson said that he sent the dangerous warnings because he felt that his bettor “friends” were questionable characters who might seek revenge if they realized that he had not placed their bets. 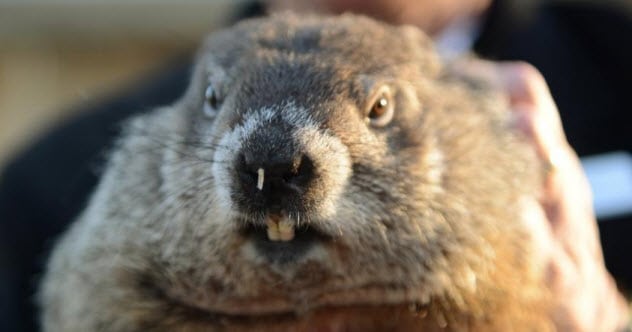 Punxsutawney Phil is a groundhog believed to be capable of forecasting the weather. He lives in Punxsutawney, Pennsylvania. Every February 2, which is celebrated as Groundhog Day, he predicts if winter will last for six more weeks or if there will be an early spring. It is said that Phil predicts six more weeks of winter if he sees his shadow the moment he leaves his burrow. If he does not see his shadow, it means there will be an early spring.

Phil’s age has been questioned. He is said to have been born in 1887, which makes him 131 years old as of 2018. That is probably inaccurate because captive groundhogs live for about 10 years. It is believed that the current Phil is just one of a generation of groundhogs that have been named Phil. Nevertheless, Phil successfully predicts the weather 39 percent of the time, which means he is more often wrong than right.[6]

Some people were probably not aware of this when they made death threats against Phil because he wrongly predicted the weather. Most of the messages were issued on social media after Phil predicted six more weeks of winter in 2014. The people threatening him were expecting an early spring.

This was not the first time that Phil was threatened by humans. In 2013, Butler County Prosecutor Mike Gmoser indicted Phil for his inaccurate forecasts and reminded the poor groundhog that deliberate miscalculation of the weather was punishable by death in Ohio. 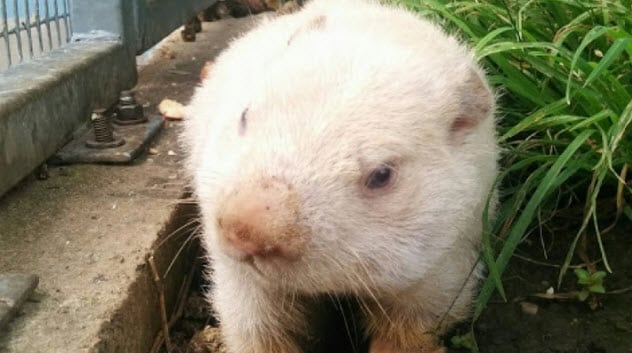 Wiarton Willie is another groundhog believed to be capable of predicting the weather. Like Phil, Willie forecasts six more weeks of winter if he sees his shadow on Groundhog Day. If he leaves his burrow on a cloudy day, there will be an early spring. Willie died of natural causes in 2017 at age 13 and was replaced by another groundhog that had been his understudy.[7]

Willie received his share of death threats in 1996 when he wrongly forecast an early spring. Some people became so angry that they made phone calls and sent letters threatening to kill Willie to his handler, Sam Brouwer. Willie was quickly put in protective custody. 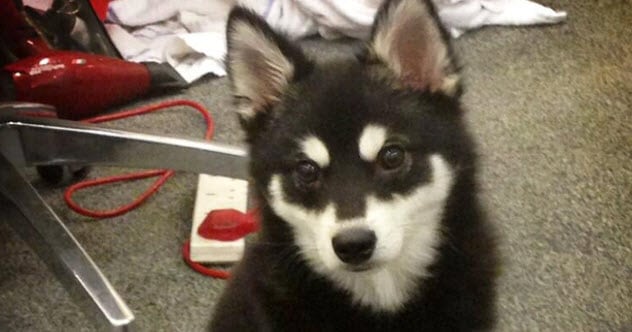 Loki is the name of a puppy owned by One Direction singer Liam Payne. In 2013, Payne informed his fans on Twitter that he and his girlfriend, Danielle Peazer, had gotten a puppy. Liam took it further and even opened a Twitter account for Loki. What followed were death threats targeted at the poor dog.

Someone suggested that Loki might not survive until the next day. Another called for the outright killing of the dog. Someone else asked whether they should use guns or knives to kill the dog, and another fool replied that knives were a better option because they did not have guns. The irate fans tried making the hashtag #DieLoki trend but were unsuccessful.

Loki probably received the threats over concerns that he had brought Liam and Danielle together. The couple had earlier split but seemed to have worked out their differences and then bought the pet. Some fans clearly did not want the couple together and quickly turned their anger toward the dog.[8] 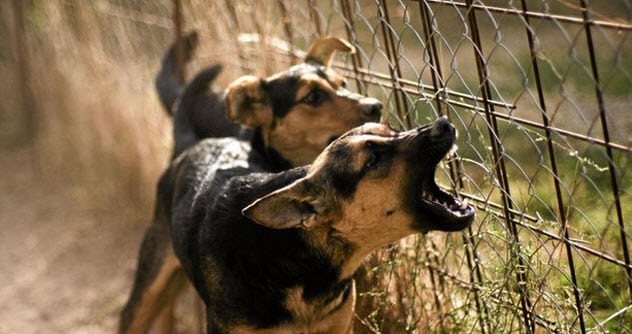 The dogs of a resident of Marian, Queensland, Australia, received death threats for excessive barking. The unnamed owner found the dangerous message written in a letter dropped in his mailbox. The writer was angry that the dog barked at him whenever he passed.

The author wrote as if he had been writing on behalf of all residents of the area. Police questioned some neighbors, and most did not approve of someone issuing death threats to dogs for barking excessively. Police reminded these people that animal cruelty was punishable with three years imprisonment and requested that anyone with information about the author of the letter come forward.[9] 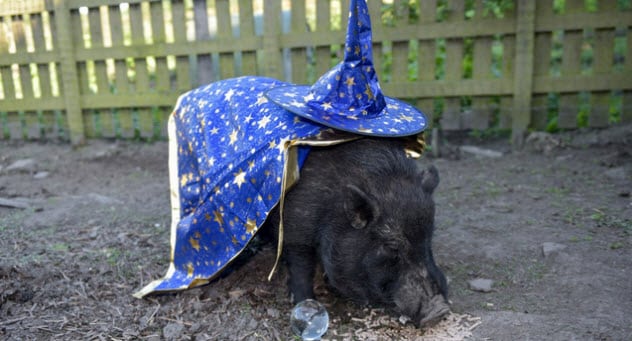 Mystic Marcus is a micro pig owned by a farm in Heage, Derbyshire, Britain. He is believed to be capable of predicting the results of World Cup matches and a few other events. He correctly forecast the winners of the 2014 World Cup and the Wimbledon tennis men’s finals. He also correctly predicted that Britain would leave the European Union and that Donald Trump would win the US presidential election in 2016.

During the 2018 World Cup, Marcus was presented with 32 apples, each of which had the flag of a competing team. He ate four apples, which were said to be the four nations that would reach the semifinals of the tournament. The apples had the flags of Argentina, Belgium, Nigeria, and Uruguay. Marcus was wrong because only Belgium reached the semifinals.

Marcus also predicted some matches during the World Cup, including a semifinal match between England and Croatia. According to the pig, England would defeat Croatia to reach the finals. The match was crucial for England. It was the first time that they would reach that point in 30 years and was their closest chance of winning the World Cup for a second time. The first and last time they won the World Cup was in 1966.

British fans were disappointed after their team lost to Croatia. They quickly issued death threats to the psychic pig that had falsely kept their hopes alive. Many suggested that Marcus should be killed and turned into sausage or bacon.[10]

Read more crazy stories about animals on 10 Animals That Were Sentenced To Death For Their Crimes and Top 10 True Stories Of Animals Running For Political Office.