A lot of things that happen in movies tend to follow a particular formula. This isn’t always a bad thing; it means that you know when something big is about to kick off, or when someone is about to get killed. The only problem is that in the real world, a lot of these movie lies could be seriously dangerous for your health. While it’s unlikely you’ll find yourself these situations, it doesn’t hurt to be prepared!

10
Landing in a dumpster is going to break your fall 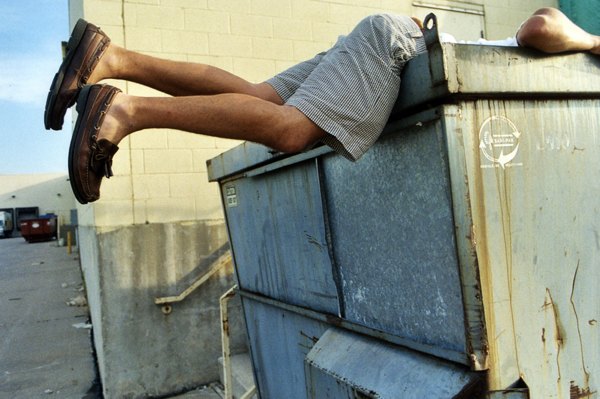 For anyone who has played Assassin’s Creed, falling into a dumpster is the equivalent of surviving a 100ft fall into a barrel of hay. If you manage to hit your target (difficult enough as it is), there’s also the fact that – much like hitting water at high velocity – you’re going to break your neck. But let’s imagine you do survive: congratulations – now all you need to deal with are the various discarded syringes protruding from your face.

9
You can hold your breath for ages 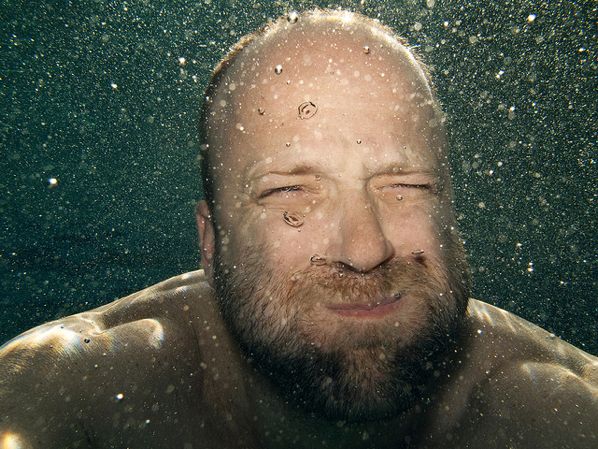 Now I’m sure there are people with a lifetime of experience in deep sea diving who might look at people in movies swimming frantically from one submerged room to the next and think, “Is that all you’ve got?!” For the average Joe or Mary, however – you’re not going to last more than a minute or two. I barely made 45 seconds sitting at my desk – which, though it doesn’t say a lot about my overall health, does suggest that most people like me would be in trouble in an underwater emergency

8
A clip of ammo lasts for ages

This one is pretty common – but for that reason, it has to go on the list. You know the scenario: our hero has decided to charge through the 20-something bad guys in the room. Out comes his pistol: he fires relentlessly until there isn’t a soul left alive. The only catch in this situation is that he just let off a good 40 bullets from one – I repeat, one – magazine!

Your standard civilian pistol will hold 8-10 rounds, a military grade pistol more like 15 – and even if you have an extended magazine (which our hero doesn’t according to our eyes) you’ll be limited to about 30 rounds. Let’s hope you’re not facing a whole army.

7
Throwing your gun away is a logical thing to do 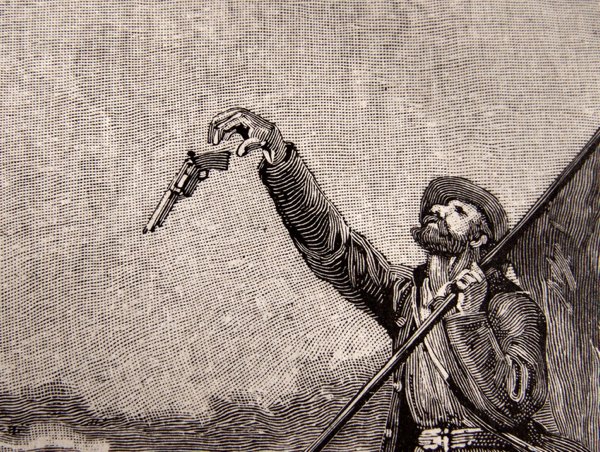 As a follow on from number six: once the hero of the movie is done with his weapon, he simply casts it aside. Now if you’re going to pick up an enemy’s weapon due to lack of ammo, that’s all fine and dandy. Otherwise, it would make sense to hold on to your own gun; it’s probably going to be easier (and cheaper) to buy some more ammo than a whole new gun. Besides, what happens when you start registering multiple weapons? The “I lost my gun saving the world” excuse can only serve you for so long.

6
Automatic gunfire is easy to avoid 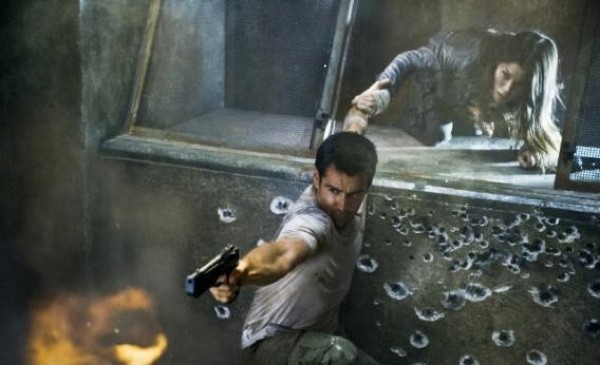 Most humans have an electromagnetic charge around their bodies, which means that bullets are going to be deflected away from us in most situations. Ok, I may be lying – the first part is true, but definitely not the second.  That being said, how is it possible that one man (or woman) is able to avoid a hail of automatic gunfire? Obviously it wouldn’t be as much fun to watch if the hero of a movie was cut down within ten seconds of the first big action scene – but there are times when you’re watching just thinking “Come on, at least take one hit, I want to believe!”

The lesson? Chances are that in a gunfight, you’ll be hit – early. And you won’t be able to keep running to the open doors of the waiting helicopter. 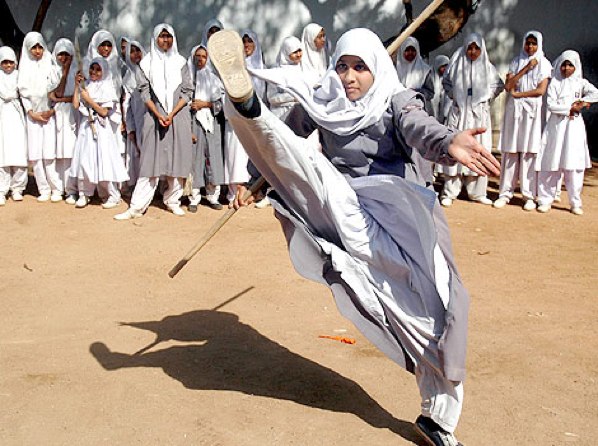 Martial artists are more likely than most to believe in concepts such as honor and respect – but in a situation where our hero is pissed off and out for blood, it probably isn’t the best time to give him the benefit of the doubt. Best case, he dislocates a shoulder or breaks an elbow; worst case, he snaps your neck, throws you off a very high place – or stabs you.  Instead of respecting your martial arts training, it would make more sense in this situation to throw caution to the wind and bundle the dude! It’s not stylish, it’s not exactly nice – but the point is that you want to come out on top.

4
You can set things alight with cheap booze 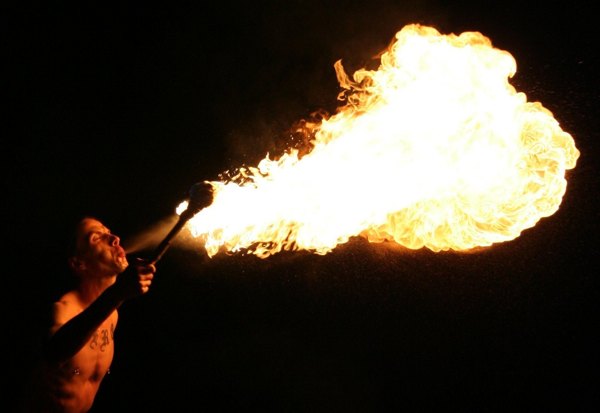 This one could easily fall into a heated debate about the chemical make up of alcohol and the various proofs required for alcohol to be considered flammable. One reason I’ve included it is because of the way it’s portrayed in movies: one swig of Jack Daniels and a Zippo lighter – hey presto, you’re a human flamethrower!  For the kind of super-quick fire lighting that graces most movies, you would need the kind of alcohol no one should go drinking any time soon – if it’s potent enough to flammable, then it’s probably poisonous, too. This means that if the scene is set in a public place such as a bar, you’re going to have much more of the clientele resembling corpses than you imagined.

This one has been done to death – but to leave it out would be to ignore the elephant in the room. If you want to become a killing machine, it’s going to take months, if not years of intense training – and in the case of most movies, an excellent documentary maker who can catalogue the events for a quick four-minute summary when it gets turned into a movie.

2
Explosions are nothing more than a blast of hot air
RC-XD with Real C4: The Breakdown COD Black Ops

Set explosives; turn; run; and jump! That’s all there is to it- and once you’ve mastered these simple steps, you can survive any explosion… or perhaps not. A hand grenade has a kill radius of about 5 meters (and an injury radius of 15); When you think that buildings are normally stuffed like a piñata in movies, this is going to be a lot wider – not to mention the shrapnel hurtling through the air.

Basically: if there is an explosion, you’d want something very sturdy between you and the source. Alternatively you’d want to be very far away in the first place, and not take a chance at trying to outrun an explosion – especially if the bomb is strapped to one of the things in the video above.

1
Turning over a table will keep you safe from gunfire
Is it Bulletproof? – Ep 4 – The Cinder Block

It’s an age-old idea: if you turn over a table during a gunfight, you can sit tight until you’re ready to pop up and fire another round.   Unfortunately, you’re not going to do so well if this were a real life situation – you should find some more substantial cover, or scram! Even a wall isn’t going to do much good – and in case words don’t drive this point home, the video above should.

Check out more by Ross Brooks at his blog, Escaping the Alarm Clock.