Pit bulls are one of the most misunderstood dogs, with many people seeing them as nothing more than violent, child-maiming monsters. However, this couldn’t be further from the truth and, just like any other dog, the environment and the owners have the most influence on how a dog turns out.

10 They Don’t Have Locking Jaws 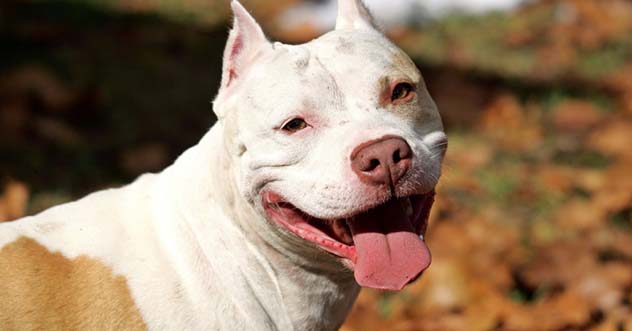 One of the more persistent myths about pit bulls is they have some sort of special mechanism within their jaws which makes it so they never let go of their target. However, this is irrevocably false; they do have strong, well developed muscles in their jaw, as well as a large skull, but their grip can still be broken if you know what you’re doing. Responsible owners of pit bulls should be aware of what is called a break stick; it’s inserted behind the back teeth of a dog’s mouth and then twisted, prying open their jaws.

One of the main reasons for this myth is that pit bulls have a particular biting style, which derives from their breeding history. (They’re partially descended from terriers.) When they see prey, whether it’s another dog or a rabbit, pit bulls will latch on with their teeth, preferring to shake the captured animal around, rather than release and bite again.[1]

9 Their Ancestors Were Bred For Dog Fighting 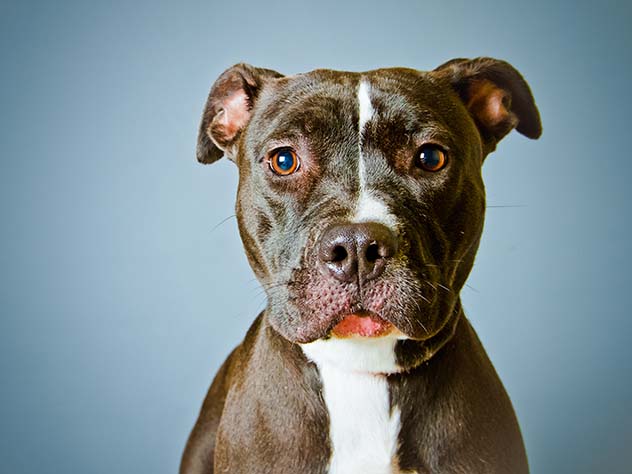 You can blame 19th century England for this one. They were originally bred to combine various dog breeds, including the bulldog and a number of different terrier breeds, to find a great balance of enthusiasm and stamina. Eventually, due to their unique blend of qualities, pit bulls were used in bear-baiting, a “sport” in which one or more dogs would fight a bear for the amusement of a crowd, and other dangerous activities.

Once governments began to wise up and ban these kinds of horrific displays of animal cruelty, people began to arrange dog fights, since they were quicker and easier to set up. The swift and agile dogs that fighters preferred were the ancestors of what we call pit bulls today. (One of the reasons they are still popular with dog fighters today.)[2]

8 Their Bite Is Not The Strongest Among Dogs 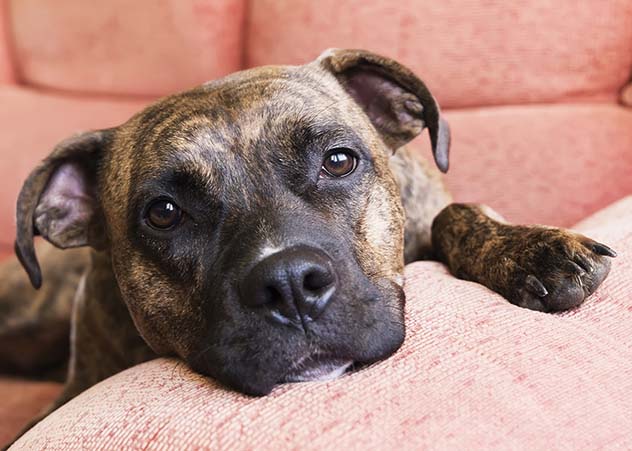 The strength of a pit bull’s bite is another common myth thrown around by the uneducated, with numbers as high as 2,000 PSI (pounds per square inch) being casually remarked. (For comparison, a lion has 600 pounds of bite force.) However, that figure may just be confusion on the media’s part since it comes from a study that is actually talking in Newtons, another form of force measurement. (2,000 Newtons is equivalent to about 450 pounds of bite force.)

For a television special in 2007, Dr. Brady Barr of National Geographic performed a study of dog bites, measuring the strength of three separate dogs: German Shepherd, Rottweiler and pit bull. His results showed that the Rottweiler had the strongest, coming in at 325 pounds, and the pit bull was the lowest, only getting up to 235 pounds. Later research showed that the size and shape of a dog’s skull had the most effect on their bite force, with mastiffs having nearly as strong a bite as a lion.[3]

7 They Actually Have Quite A Relaxed Attitude 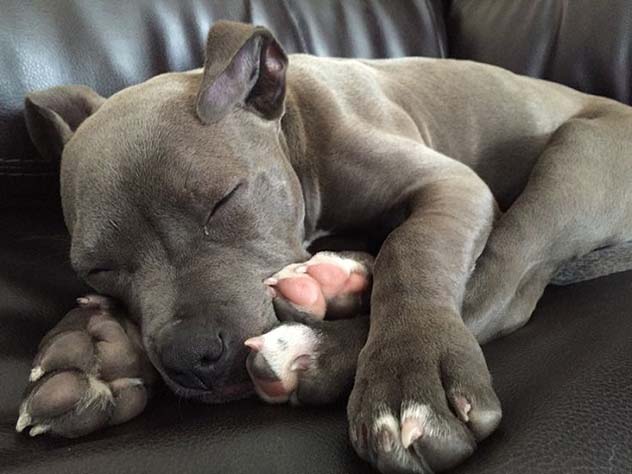 The American Temperament Test Society is a non-profit organization dedicated to evaluating all breeds of dogs, in order to find out which ones have the best assortment of traits, such as aggressiveness and friendliness. As of today, the pit bull, or American pit bull terrier as it’s properly known, has a passing percentage of 86.8%; which is greater than some of the more popular breeds, such as the golden retriever or German shepherd.

In addition, studies have shown that small to medium-sized dogs, such as collies and spaniels, are much more likely to be aggressive towards people. Pit bulls have never been shown to be disproportionately dangerous, with the unreliability of the public being able to distinguish the breed of dog which bit them playing a large factor in the supposed increase in pit bull attacks.

One of the most damning pieces of evidence is the fact that the national media reports pit bull attacks at a much larger rate and for a longer period of time than attacks by other breeds. In fact, various studies have shown that pit bulls account for a small portion of dog attacks, with other breeds, especially Labradors, coming out ahead.[4]

6 They Used To Be Extremely Popular 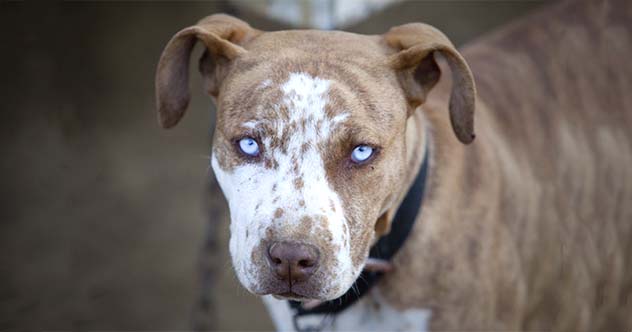 In the early 1900s, a pit bull was the most common dog selected to be a family pet, perfect as a “nanny dog”, thanks to its friendly nature and loyalty. (That friendliness is one reason pit bulls don’t normally make good guard dogs; they have a tendency to look at an intruder as a new friend, rather than a danger.) In fact, for much of their history, pit bulls were considered non-aggressive.

Their ancestors were also very popular among the English before making their way across the pond. Known as “the Butcher’s Dog”, they were often used to herd cows by biting their noses and pulling them to the right area as the butchers brought them to market. Unfortunately, that trait, which made them effective herders, also made them great fighters when the sport of bear or bull baiting evolved.[5] 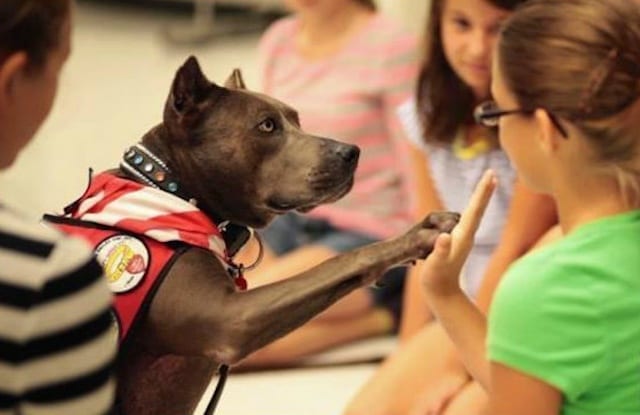 Challenging the preconceived notions of many in the world, especially the US, pit bulls have become highly-sought after as therapy dogs. These animals perform a variety of functions, such as helping their “patients” get some much needed exercise, but they are mainly there to provide emotional support. People report feeling happier if they’re around friendly dogs, even if they’re strangers; this is especially true of kids, who often form emotional bonds with therapy dogs, especially after particularly tragic events.

People who run therapy programs understand that pit bulls have a bad reputation but their easy-going temperament and tolerance of people make them excellent candidates. Again, this is great news for those dealing with kids, as they can sometimes be a little rough with animals. In fact: the 2013 American Hero Dog (an award given by the American Human Society) went to a pit bull named Elle, who works as a therapy dog.[6]

4 They’re The Subject Of Many Unfair Laws 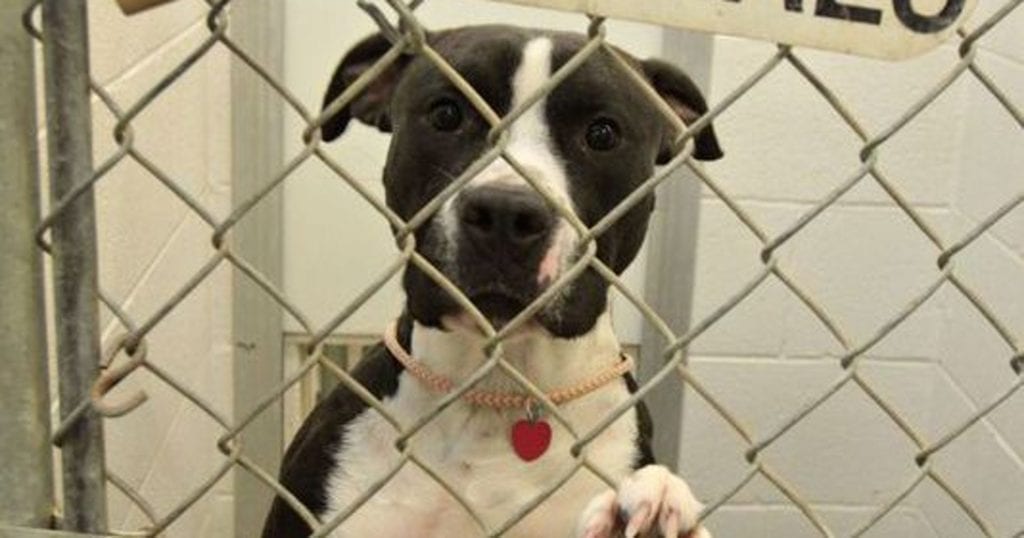 Thanks to the many misconceptions about them, pit bulls are targeted more than any other dog, by lawmakers responding to the uneducated public and their fears. (A person is smart; people are dumb, panicky, dangerous animals.) Studies, including the most comprehensive dog bite study since the 1970s, have shown that no breed of dog is more or less likely to be involved in an attack, with a number of other factors, including the environment in which the dog is kept, as better indicators of why an attack occurred.

In addition, a number of studies have shown that laws designed to ban specific breeds fail to accomplish their purported goals of public safety. In fact, the kinds of people who would raise pit bulls irresponsibly will still get them; they just won’t get them checked by a vet, making them more dangerous to society than they would have been. Also, the owner’s identity remains a mystery, leaving law enforcement in the dark about who to go after.[7]

3 They Don’t Attack Without Warning 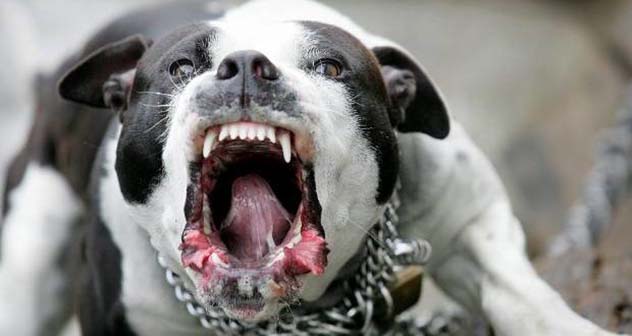 A common thread in most pit bull attack stories, as well as some of those involving other breeds, is the fact that the victim or witnesses often claim the dog attacked without warning. This is unequivocally false as pit bulls, as well as all other dogs, will give a warning before they attempt to bite someone. Unfortunately, the signs can be subtle, or even mistaken for playfulness.

There’s also an onus on the owner to make sure not to put their pit bull in a potentially stressful environment, whether it’s the first time the dog has been around children, strangers or other dogs. Pit bulls will give off clues that they are wary of a situation, usually one in which they have little to no experience. There is normally an escalating sequence of events which lead up to biting, with growling almost always preempting it.[8]

2 Pit Bulls Trained To Fight Can Be Rehabilitated 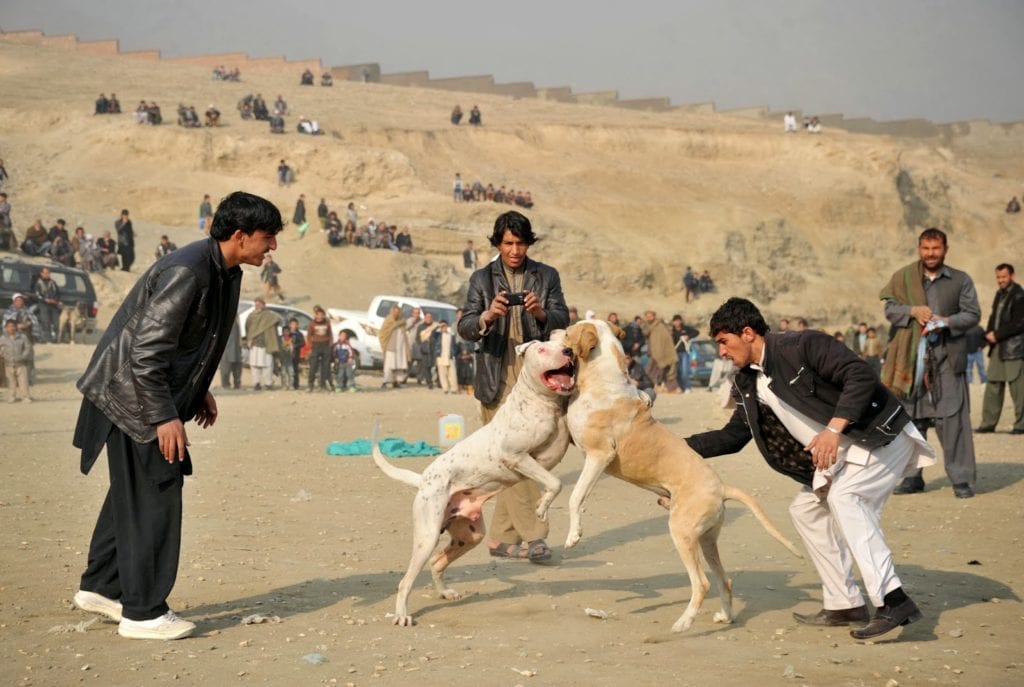 Most people assume the old adage “Once a fighter, always a fighter” when thinking about pit bulls unlucky enough to have been raised to fight other dogs. Their reputation precedes them, making potential owners wary of them, fearing unprovoked attacks in the future. However, numerous stories, including one of the most infamous dog fighting rings involving NFL player Michael Vick, easily prove that these dogs can go on to lead happy, normal lives.

Granted, it is of the utmost importance that the people involved with the rehab or adoption of any ex-dog fighters are aware of their new dog’s past but it doesn’t mean they have to be immediately euthanized. One of the reasons that it is usually not an issue is that the pit bulls are not trained to attack humans, they’re trained to attack dogs; many of them are actually quite friendly towards people.[9]

1 They Can Feel Pain 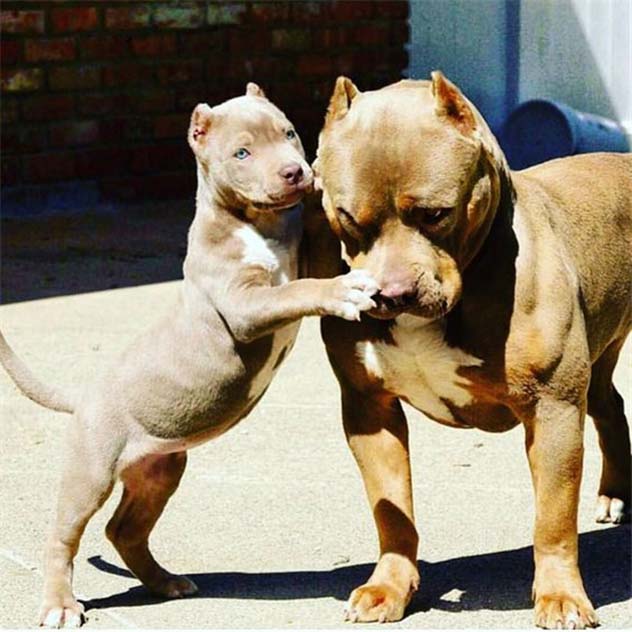 Contrary to popular belief, which paints pit bulls as monsters unable to feel anything, they actually have a sense of pain, just like every other dog. However, just like those other dogs, pit bulls do have the ability to block out that feeling, if they’re focused enough. Thanks to the years of breeding designed to help them become more effective fighters, pit bulls have an extremely high tolerance for pain.

Unfortunately, for law-abiding citizens who just want to raise a healthy pit bull, this makes for quite the danger. Though it makes them more tolerant of rough children, it is also possible to injure a pit bull, even seriously, and not realize because the dog won’t indicate it outwardly. This is one reason that pain-based training, such as chokes or shock collars, are not ideal when dealing with pit bulls.[10] 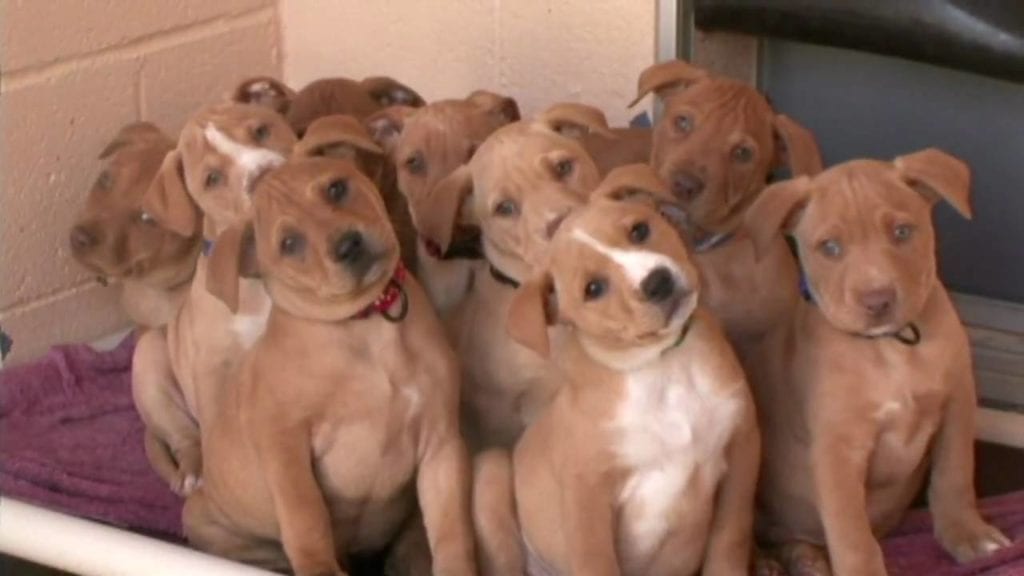 For more lists just like this one, take a look at 10 Incredible Stories Of Heroic Dogs Of War, and 10 Extraordinary Dogs That Saved Lives.