If you think you’re having a bad day, spare a thought for some of the unluckiest people on earth; it’ll cheer you up for sure. Most of it is equivalent to having a turtle dropped on your head by a vulture… twice.

9
Entire village wins lottery – except for one guy 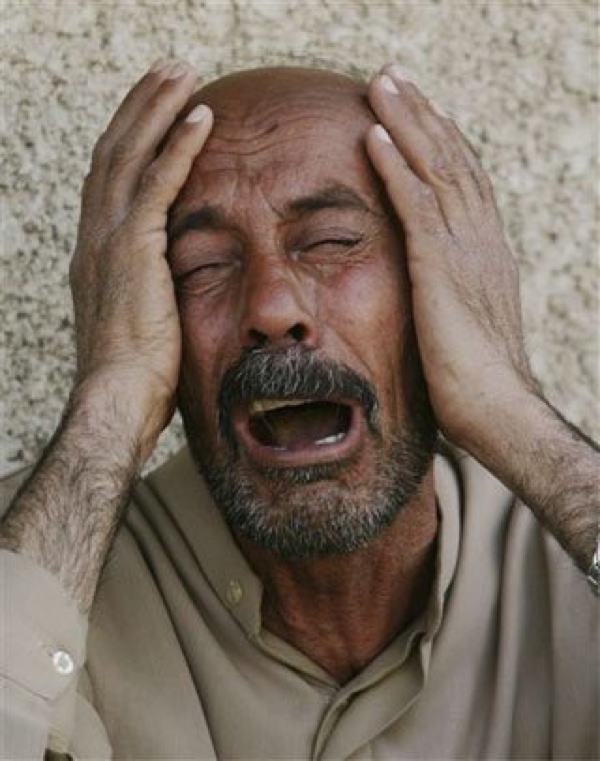 Every Christmas in Spain, there’s a lottery draw so massive it’s called El Gordo, which translates as “the fat one.”

And the tiny village of Sodeto had some serious cause for celebration after all of the 70 households — except for one — purchased tickets. And these lucky locals’ number came up (58268), resulting in them getting a share of the monster $950 million first-place prize. Do the maths.Sure enough, the residents, mainly farmers and unemployed construction workers, walked away with millions.

Apart from one unfortunate guy called Costis Mitsotakis. Poor old Costis. It seems that the good folk from the homemakers’ association, who were selling the tickets, had neglected to knock on his door. Bummer. 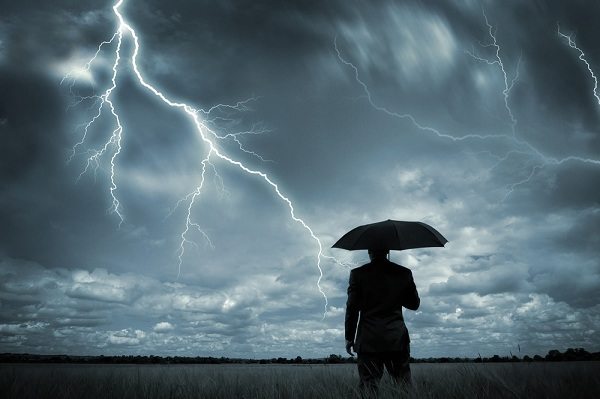 They say lightning never strikes twice – but it struck Roy Sullivan a whopping seven times. Yes, seven. Roy was a U.S. park ranger in Shenandoah National Park in Virginia, and holds the Guinness World Record for the amount of times lightning has struck one human being.

You’d think that after the sixth time you’d probably just stay inside… or start buying lottery tickets – but not Roy! The final time was arguably the most impressive.

After Roy was struck while he was fishing, a bear then added insult to quite severe injury by trying to steal a trout from his fishing line. Having none of it, Sullivan had enough energy to strike the bear with a branch and get his fish back. That’s tough. 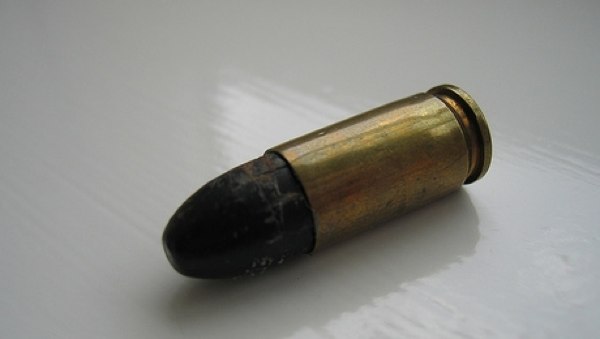 In terms of being unlucky, it’s hard to top Henry Zeigland – the man who thought he’d dodged fate. But perhaps it was all just poetic justice.

It all started in 1883, when he broke off a relationship with his girlfriend, who then killed herself from the distress. Her brother went so crazy that he vowed to kill Ziegland no matter what. He hunted him down and shot him. Believing him dead, the brother then turned the gun on himself and ended his own life.

But Ziegland wasn’t dead. The bullet had only grazed his face and then lodged in a large tree behind him. He thought himself an incredibly lucky man.

But the story didn’t end there. Years later, Ziegland decided to cut down the tree, which still had the bullet lodged in it. The task seemed so tough that he decided to blow it up with a few sticks of dynamite.

The explosion sent the bullet out straight into Ziegland’s head, killing him instantly. Now that’s freaky – or incredibly unlucky. 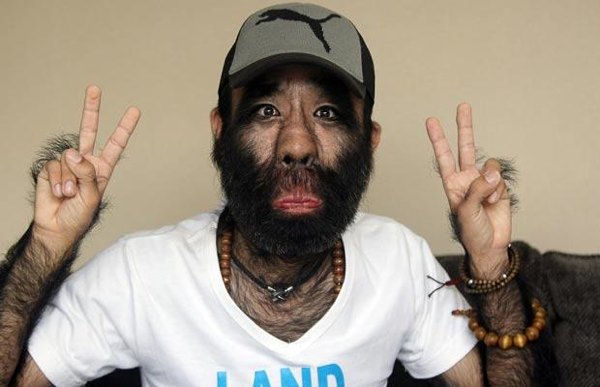 Ladies, if you’re complaining about how hairy your man is – time for a reality check. Spare a thought for Yu Zhenhuan, officially the hairiest man in the world.

96% of Yu’s body is covered with hair, the result of a rare condition. In fact, Yu had to undergo surgery to remove hair from his ears as it was affecting his hearing.

A stringy black fuzz covers every inch of his lanky frame besides the palms of his hands and the soles of his feet. He’s covered with an average of 41 hairs per sq. cm (0.16 sq. inch) of his skin – a condition doctors call atavism. He’s not exactly the luckiest guy in that department.

Yu has chosen to make use of his unique physical appearance, placing photos of himself on his websites www.maohai.com and the appropriately named www.hairboy.com as part of a drive to land a recording contract and become China’s newest rock star.

Now he’s looking for a wife. We wonder how far he’ll go. 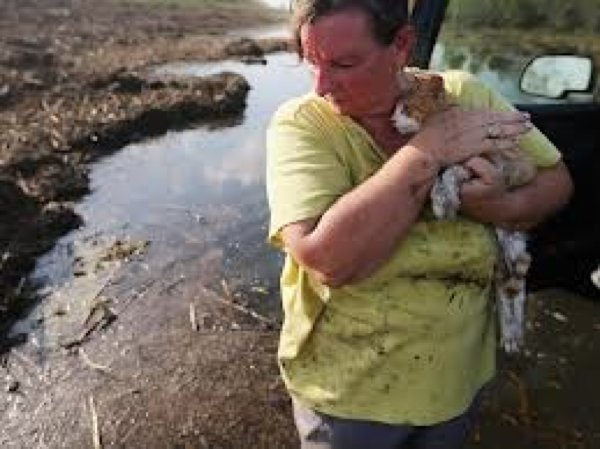 After losing four houses to four hurricanes, Melanie Martinez was arguably America’s unluckiest woman. There was Betsy in 1965, Juan in 1985, George in 1998 and Katrina in 2005. Such was the peril of living on a flood plain in Louisiana.

But then the school bus driver’s luck changed. A reality TV show selected her ramshackle house in Braithwaite, south of New Orleans, for a makeover. The team spent a week and $20,000 transforming the Martinez home with a new kitchen, new cupboards, and new appliances – including a 50 inch smart TV. “They did a real good job. I loved it,” says Martinez.

But on Wednesday 29 August – the seventh anniversary of Katrina – a category 1 hurricane named Isaac howled in from the Gulf and hit her again.

Martinez and her family were rescued by boat along with their five kittens and three dogs. Everything else was lost. “Now I’ve lost five houses to five storms. Every time a wipe-out.”

Melanie, please go find a hill to live on. 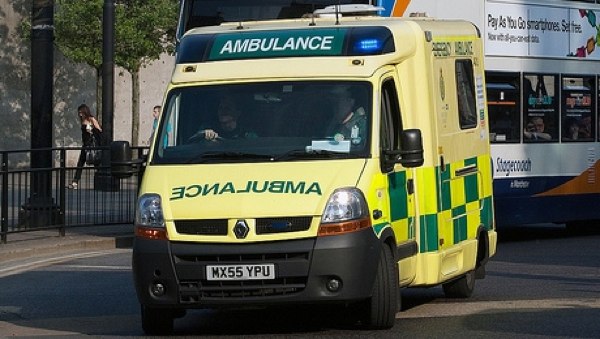 ‘Calamity’ John Lyne is often called Britain’s unluckiest man – suffering 16 major accidents in his life, including lightning strikes, a rock fall in a mine and three car crashes. Then there was the time a stone, propelled by a catapult, hit him in the mouth smashing eight teeth.

Mr Lyne’s mishaps cover a lifetime. When he was born – one of five children to a farming family – it was uncertain whether he would survive. He had underdeveloped lungs and needed steroids and special care. But – setting a pattern for later in life – he beat the odds.

Curiosity was his first foe, when he toddled aged 18 months into his grandmother’s bathroom and took a fancy to a drink from a plastic bottle. Unfortunately it contained disinfectant, and he had to be rushed to hospital to have his stomach pumped and his system flushed through with water.

Perhaps his most famous incident occurred when he was a teen. After breaking his arm falling from a tree, he went to the hospital for treatment. On the way home from the hospital, the bus he was traveling on crashed – so he broke the same arm again in a different place. Oh yeah, and it was Friday 13th.

Reality is often stranger than fiction. 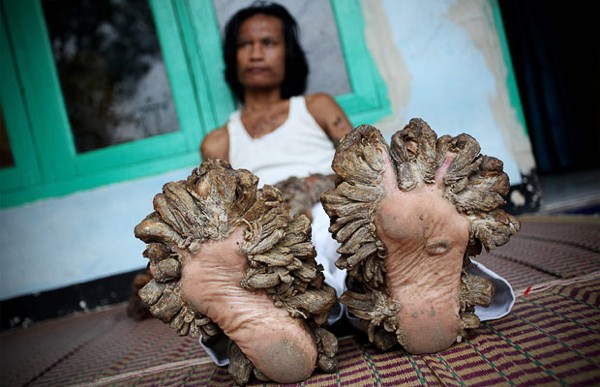 Dede Koswara was born healthy. But at age 10 – after he fell and scraped his knee in the forests of Indonesia – small warts sprouted around the wound. Slowly, they spread to his feet and hands.

For years, he watched helplessly as his limbs broke out in a swath of grotesque bark-like warts that sapped his energy and limited his mobility. Now he shuffles along on blackened, bloated feet – a prisoner of his own mutinous body.

At one point, he seemed to sprout contorted yellow-brown branches 3 feet long. Koswara, it appeared, was becoming half-plant — turning into the verdant green jungle around him.

His mysterious ailment cost him his marriage, career and independence. He was forced by his poverty to join a traveling freak show, billed as the Tree Man of Java.

He suffers from a double whammy: the common human papillomavirus, a condition that usually causes small warts in sufferers; but also a rare immune deficiency that allowed these lesions to run wild. Last year, Indonesian surgeons used an electric saw to cut off 13 pounds of warts and decaying matter. But it all grew back again. 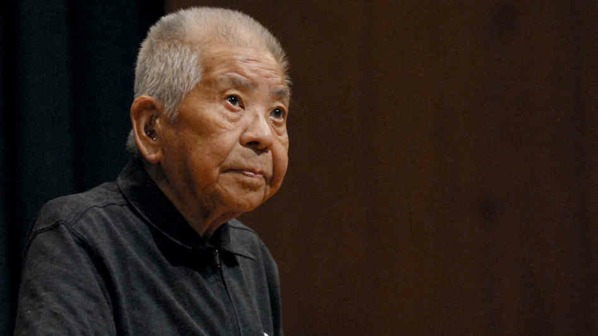 Tsutomu Yamaguchi was the only officially recognized survivor of both the Hiroshima and Nagasaki atomic bomb blasts at the end WW2.

On 6 August 1945, Yamaguchi, a young engineer, was visiting Hiroshima. Seconds after getting off a tram at 8.15am he saw a massive flash of light and was knocked to the ground by the force of the bomb, and passed out as it detonated 600m above the city.

Around 140,000 of Hiroshima’s 350,000 people perished instantly. Though less than two miles from Ground Zero, Yamaguchi suffered only serious burns to his upper body and a perforated eardrum. He spent the night in an air-raid shelter, with people dying and screaming in pain all around him. The following day, Yamaguchi navigated through the piles of burnt and dying bodies to catch a train 180 miles back home to Nagasaki – which, like Hiroshima, was an important industrial and military base.

At 11.02am, and once again less than two miles from the centre, Yamaguchi saw a familiar flash of light. This time a 25-kiloton plutonium bomb exploded above Nagasaki, throwing Yamaguchi to the ground.

As well as almost total deafness in one ear, his skin wounds were bandaged for 12 years, and his wife was poisoned from the radioactive fall-out. She died in 2008, aged 88, of kidney and liver cancer. Their son, exposed to the Nagasaki radiation at six months old, died in 2005 – aged 59.

Before his death of stomach cancer, Yamaguchi became a passionate anti-nuclear weapons campaigner – but he never expressed any anti-Americanism. 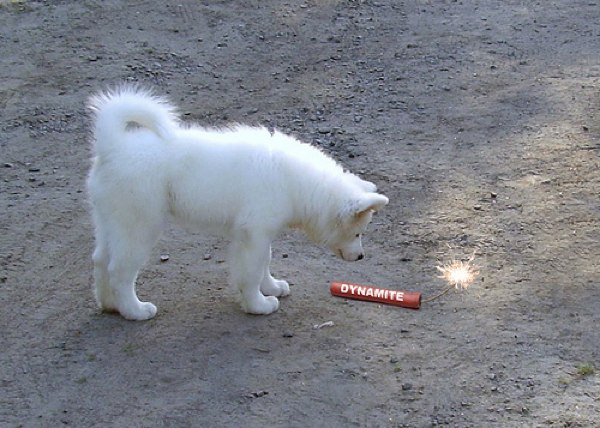 Picture this: it’s deep winter in the far north. Harry Jenkins and his two buddies go ice fishing one day at Ten Mile Lake in Akeley, Minnesota. The lake is completely iced over.

In an attempt to quickly create a large hole for fishing, Mr. Jenkins first lights, then tosses, a stick of illegally obtained dynamite across the ice.

To his horror, his pet dog Jerry, a Labrador retriever (doh!) races across the ice in an attempt to retrieve the dynamite – thinking that his master is throwing a stick for him. This isn’t going to end well, is it?

The dog picks up the dynamite – despite screams from the men – then starts to run back towards them with a wagging tail. The three men realize they’re in worse danger than they thought, so they begin to run for their lives in the opposite direction, with the dog chasing them.

The men narrowly escape death – but the explosion not only blows up the dog; it also cracks the ice near the truck, which then sinks through the surface and plunges to the bottom of the lake.

In addition to losing his dog, Mr. Jenkins became a double loser when the insurance company refused to pay on his claim for the sunken truck.
Not ideal, let’s face it.