Have you ever been hit by a flying Christmas tree while driving? Claimed that your mobile phone got wedged in the back end of a cow? Prepare for deep immersion, readers, into the world of bizarre insurance claims – some of them spectacular, some of them sad, and some of them inviting a hearty WTF?!

10
Back End of the Beast

Ivor Bennett – a livestock farmer in Devon, UK – claimed that his phone disappeared inside the back end of one of his cows.

It wasn’t that he had any perverse or deviant obsession – he’d been using the torch on his iPhone while assisting the cow during calving in the middle of a particularly dark and stormy night.

The phone later made a reappearance – but perhaps a little unsurprisingly, failed to work properly.

Result: The Insurance company paid out on the claim in full 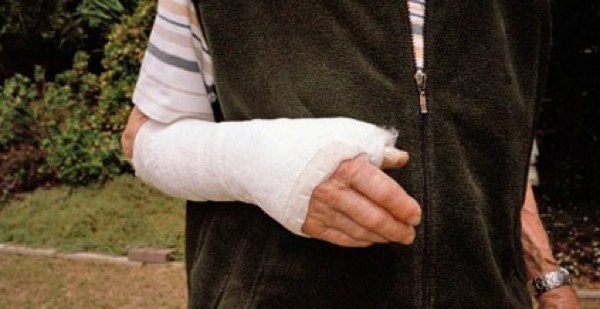 Isabel Parker, the 72-year-old queen of the slip-and-fall scam, prostrated herself in department stores, supermarkets and liquor stores 49 times during her long career – a sad byproduct of her gambling addiction.

Prosecutors said that she treated insurance claims like her job – and she kept very busy. The woman filed a total of 49 bogus personal-injury claims in Philadelphia, Delaware County and New Jersey, and collected $500,115 between 1993 and 2000. She pleaded guilty to 29 counts of insurance fraud and theft in New Jersey alone.

8
Waiter, there’s a mouse in my soup! 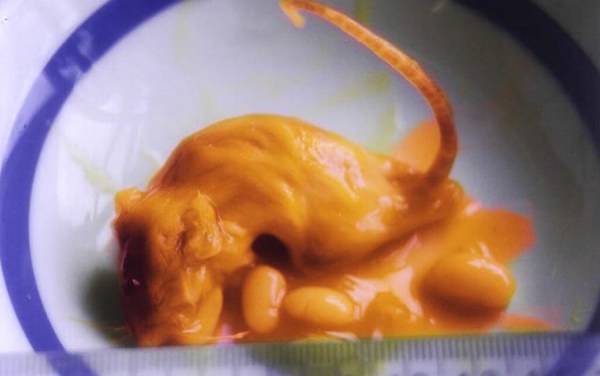 Carla Patterson tried to tap a Virginia Cracker Barrel restaurant for a $500,000 insurance settlement after ‘discovering’ a mouse in her vegetable soup on Mother’s Day.

But the national chain investigated further, and found that the mouse had no soup in its lungs – and therefore had not been cooked. The jury believed that the only way the mouse could have appeared in the soup is if she’d put it there.

Result: One-year prison sentence for conspiracy to commit extortion (but she still maintains her innocence). 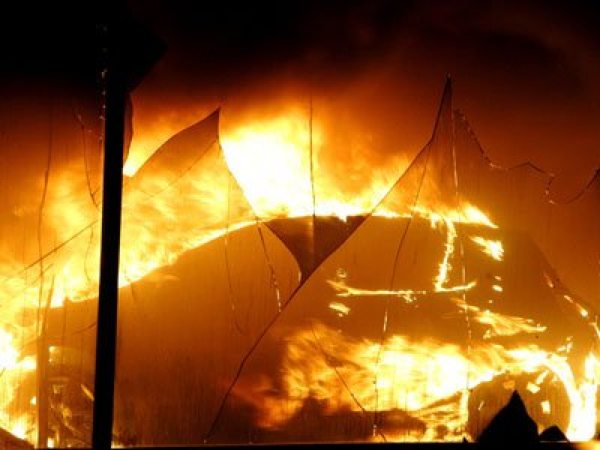 A man from Delaware torched his own home and his own convertible to collect on his homeowners and auto insurance.

Nicholas Di Puma said it all started when pans on his wood stove ignited while he was cooking. Then buckets of coals caught on fire. After trying to extinguish the inferno, Di Puma said he threw the first bucket out the door, where it apparently landed in the backseat of his convertible.

While en route to tossing the second pan outside, he tripped and the second landed on his sofa. Unbelievable? That’s what local law enforcement thought, too. Di Puma pleaded guilty to second and third degree attempted insurance fraud. 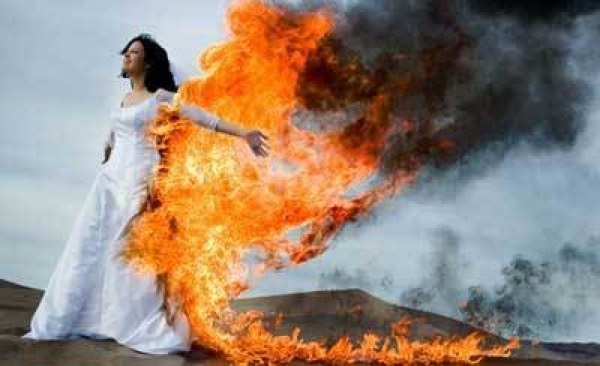 Some wedding days just don’t turn out the way you expect. Everything seemed to be going well on the day for Paula Catelli from Rimini, Italy, until her beautiful, hand-made wedding dress came slightly too close to the barbecue.

The synthetic material went up in flames immediately, and within moments Catelli was what no girl on her wedding day ever wants to be – a bride on fire.

Her loving husband saved the day by picking her up and throwing her into the sea. Fortunately, both bride and groom were excellent swimmers.

Result: The insurance company paid out 50% compensation for the disaster – possibly out of sympathy.

5
Killed His Mom and Torched the House 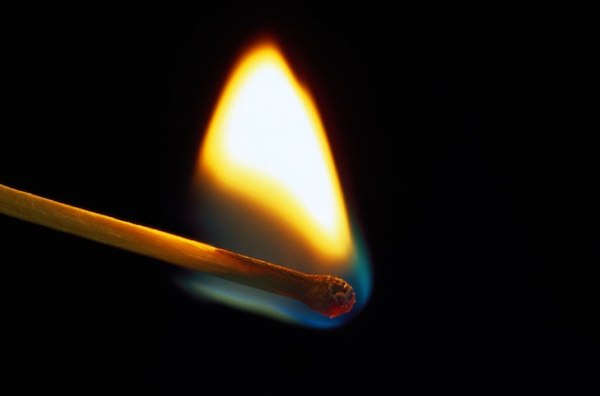 High living had left Chicago grain futures executive Marc Thompson deeply in debt. In desperation, he torched his home for the $730,000 in insurance money.

To make it appear a suicide, he led his 90-year-old mother Carmen downstairs, doused the basement with accelerant, and tossed the match.
Carmen Thompson’s Aug. 11, 2002, death by carbon monoxide poisoning and smoke inhalation must have seemed the perfect alibi. But federal agents continued to investigate the fire, and the truth emerged.

What kind of skunk would do this?

Result: Most definitely no insurance payout. Thompson’s own future is secure – for 190 years in federal prison. 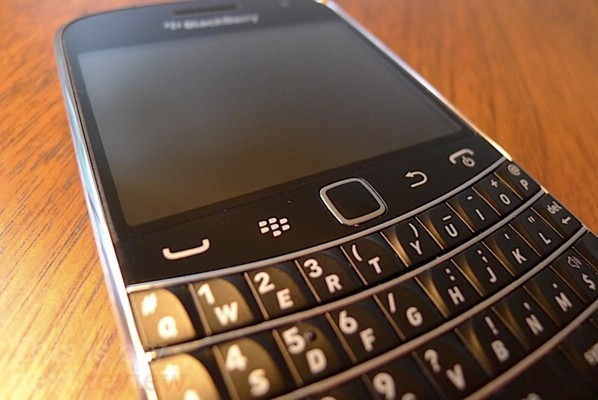 An unnamed (you’ll see why) woman in her late 20s from Bristol, UK, deserves particularly honorable mention in this list.

Last year she claimed that the vibration function on her Blackberry Bold 9900 phone had stopped working – wait for it – while she was using it as an adult toy.

Result: Raucous laughter from inside the insurance claims office for several days. 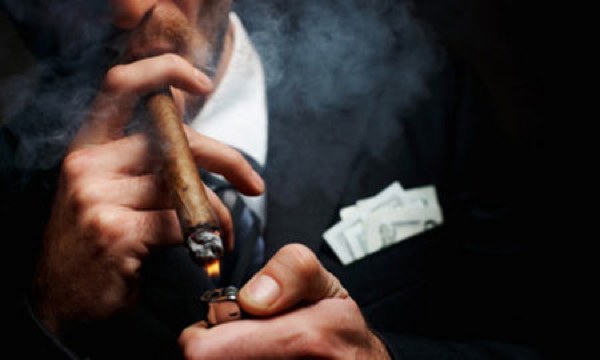 A lawyer from North Carolina purchased a box of expensive cigars and insured them against flooding, storm damage and – of all things – fire.

Needless to say, his investment went up in smoke within a month – after which the lawyer filed a claim with his homeowners insurance company, stating that he was owed compensation because “the cigars were lost in a series of small fires”.

The insurer refused to pay, assuming (correctly) that the man had smoked the pack himself. A judge ruled, however, that since the insurer had never stated what was considered to be “unacceptable” fire, the company did, in fact, owe him $15,000 to replace his property.

Result: The insurance company paid the claim, but then had the lawyer arrested. He was sentenced to 24 months in jail and a $24,000 fine for 24 counts of arson and insurance fraud. 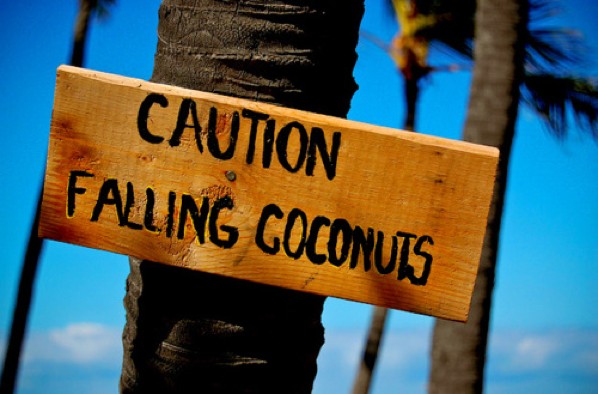 Brent Escott, their managing director, cited statistics which show that 150 people – or ten times the number of victims from shark attacks – are killed every year by falling coconuts. There was some perception that perhaps Mr. Escott had been struck on the head.

That same year in Sri Lanka, a Club Direct customer was calmly sitting under a palm tree reading a book when a coconut fell on her head, knocking her out cold. She was duly hospitalized. Lucky. 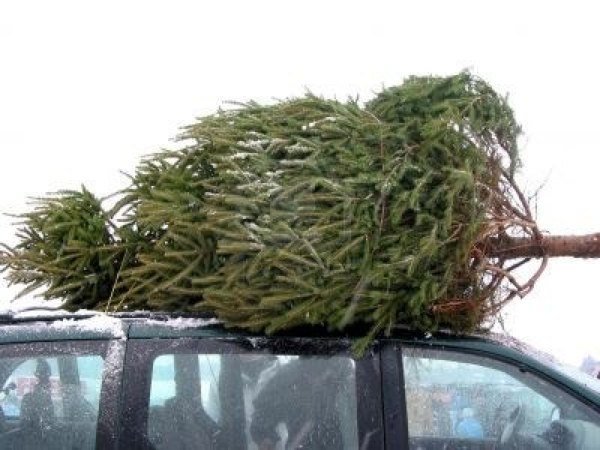 Mr. Fairclough was driving home from Christmas shopping, when he saw a car coming the other way with a Christmas tree badly tied to its roof.

This must have been a split second observation: no sooner had he seen it than the tree launched itself straight at him.

“He was driving too fast around a sharp bend and I saw the tree lift off and it flew straight at me. The trunk made a great dent in my bonnet and caused me to swerve off the road into a hedge.”

Mr Fairclough added: “The chap didn’t stop and he never came back for his tree, so the Police said we might as well have it. It wasn’t funny at the time, but looking back it was like a comedy sketch!” Nice.