Marketing is important, since any business relies on public perception almost as much as quality to be successful. There are a lot of marketing geniuses out there and if Mad Men has taught us anything it’s that they are often rewarded with beautiful women and all the scotch they can drink. However, sometimes a marketing ploy or publicity stunt can go terribly wrong…

10
Abercrombie & Fitch Finds Itself in a Bad Situation 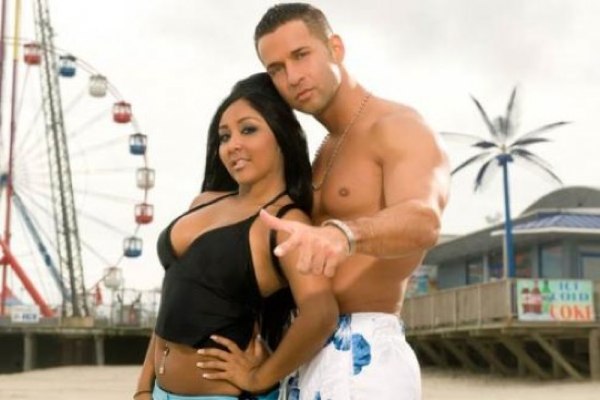 Abercrombie and Fitch made the mistake of insulting their market when they attacked a Jersey Shore star.

If you’ve ever walked past an Abercrombie & Fitch store, you can probably guess who shops there. Frat boys, party girls – basically, the MTV generation. But that isn’t the market Abercrombie wants, so they begged Jersey Shore star “The Situation” to stop wearing their clothes.

The brand thought that insulting one of the most famous icons of their biggest fan base was a good idea. It was not. It turned out to be a PR disaster. Abercrombie’s stock fell 15% in the wake of this PR nightmare. Proving that biting the teenage hands that feed you is never wise. 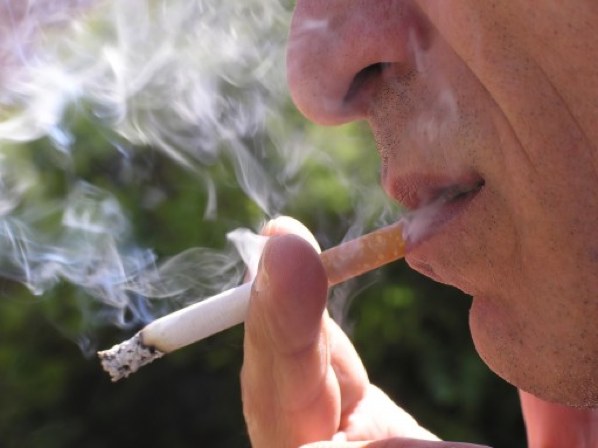 Phillip Morris Tobacco suggested that smoking is great for a country because it kills sick people.

Most of us know that smoking is an bad for you. But tobacco giant Philip Morris seems to think that death-by-smokes can be good. In 2000, the company studied the cost of smoking deaths in the Czech Republic. They ended up saying that those deaths helped the economy.

They claimed that early death – and money made through cigarette tax, made more sense to the country than the cost to treat sick smokers. This did not go down well with anti-smoking groups. Or anyone who didn’t work for Philip Morris. 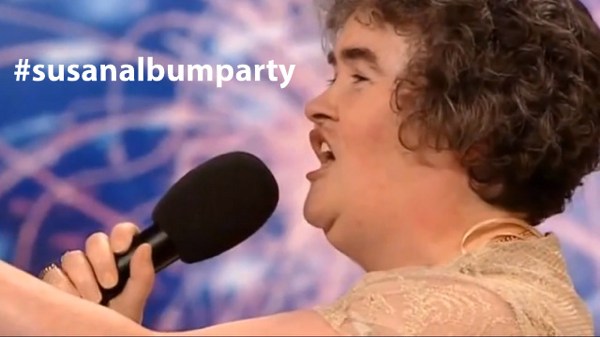 Susan Boyle’s PR company made an embarrassing Twitter blunder when they created her new hashtag #susanalbumparty.

Twitter is an advertiser’s dream. It lets people cheaply promote their products to a huge audience. But when Twitter promotions fail – they fail on an epic scale. During a Twitter campaign for British singing superstar Susan Boyle, no one in her PR company noticed that the hashtag #susanalbumparty had a somewhat racier meaning than intended.

Boyle’s PR team soon found that their catchy hashtag had gone horribly wrong. They rushed to change it to #SusanBoylesAlbumParty. But the damage was done. The horrifying mental image had already been burned into the minds of millions of Twitter users. 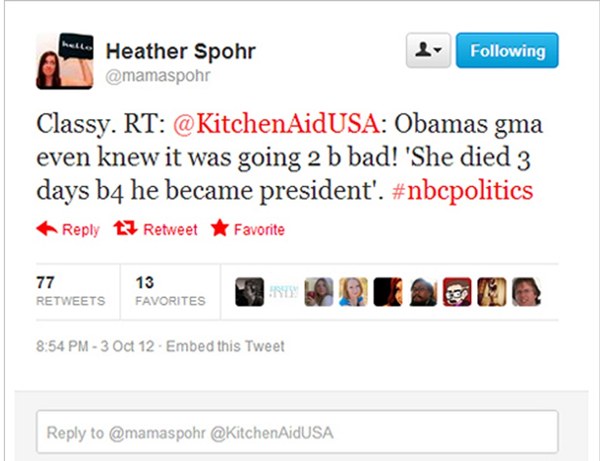 Be careful what you tweet when you’re using your office computer – you might be tweeting as your boss.

It’s easy to forget which Twitter account you’ve most recently signed into, and send out the wrong tweet. Most times, it’s a harmless tweet that will be deleted so fast no one will notice. But that was not the case with KitchenAid. One staffer – still logged in to the company’s Twitter account – sent out a nasty tweet about Barack Obama’s grandmother who had died just before Obama became president.

KitchenAid quickly deleted the tweet in question and issued an apology. But the damage had already been done. 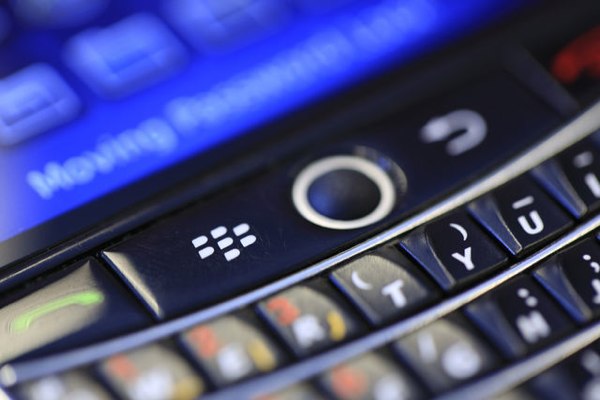 Looking for a job? How about a Rimjob? Research in Motion is right up your alley.

Twitter can be great but as Blackberry maker Research in Motion learnt: it isn’t always. You would think that a company that prides itself on tech research would know its way around the internet. That was not the case: they chose to tweet about their job openings with the hashtag #rimjobs.

It was an innocent mistake, since the company’s initials are RIM. But it seems that they’re either very sloppy, very funny, or very innocent. 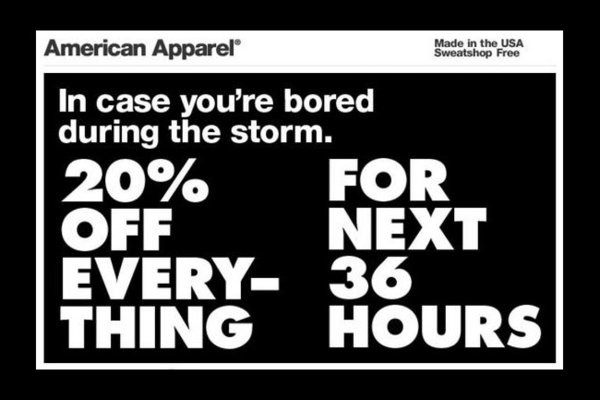 Hurricane Sandy ruined the northeastern United States: people were killed, homes were lost, and thousands were left without power. Surely no one would try to take advantage of such a disaster – right?

Wrong. American Apparel did. The clothing company though this was the perfect time to launch a sale. They didn’t even hide their greedy motive, and used the hashtag #sandysale. Then they sent out an e-mail to customers: “In case you’re bored during the storm.” 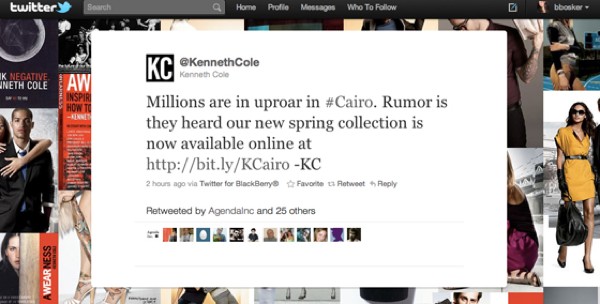 Kenneth Cole himself tweets an insult to the people in the Cairo Riots.

Kenneth Cole – another clothing company – thought that the riots and protests in Egypt were the best time to promote its new line. It wasn’t just some staffer at fault, either. Kenneth Cole himself wrote the tweet. He tweeted that the folk in “uproar in #Cairo” must have been rioting because “they heard our new spring collection is available online.

What’s even worse is that straight after, someone at the Kenneth Cole store in San Francisco stuck the tweet on a glass case for all to see. Well, Kenneth – at least one person thought your joke was funny. 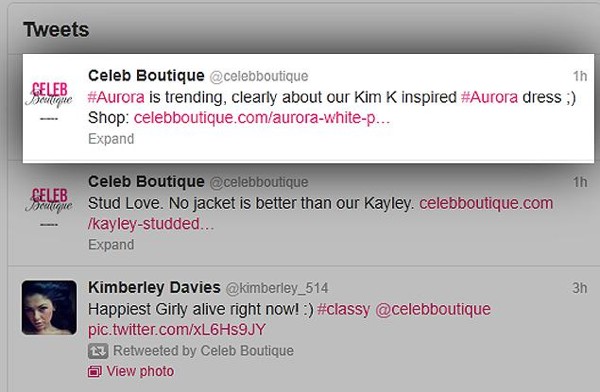 What does Kim Kardashian have in common with a Mass Shooting? Nothing – but the folk at UK shop Celeb Boutique didn’t think so.

While the last two companies made the most of bad times, at least they knew what was going on in the world before their dumb moves. The same cannot be said for UK shop Celeb Boutique. After the mass shooting at a showing of “The Dark Knight Rises” in Aurora, Colorado, #Aurora became a trending topic on Twitter. The guy running the Twitter account for Celeb Boutique only saw that Aurora was trending, and did not ask why.

He sent out a tweet saying that Aurora must be trending because of a Kim Kardashian dress called Aurora. The tweet stayed on on their Twitter page for an hour before someone finally read the news.

2
Department of Defense has a Very Short Memory 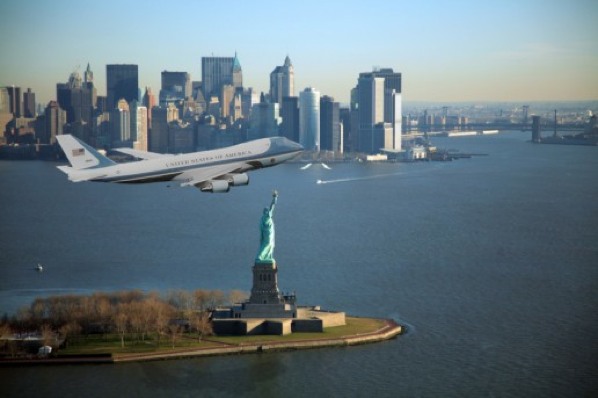 The Department of Defense foolishly flew a plane near ground level at Ground Zero for a photo op.

In 2009, New Yorkers saw a terrible sight when a large plane flew low in the airspace near Ground Zero. People instantly though of the September 11 attacks. Even Mayor Michael Bloomberg thought they were facing another attack. But then someone decided to let him and the rest of the city know that it was just a Department of Defense photo op.

The plane was Air Force One – though the President was not on board. The Department of Defense said it had warned authorities that the flyover was going to take place. But it seems that they didn’t bother to clear it with the right people. Even Barack Obama was “furious” when he heard of the stunt. 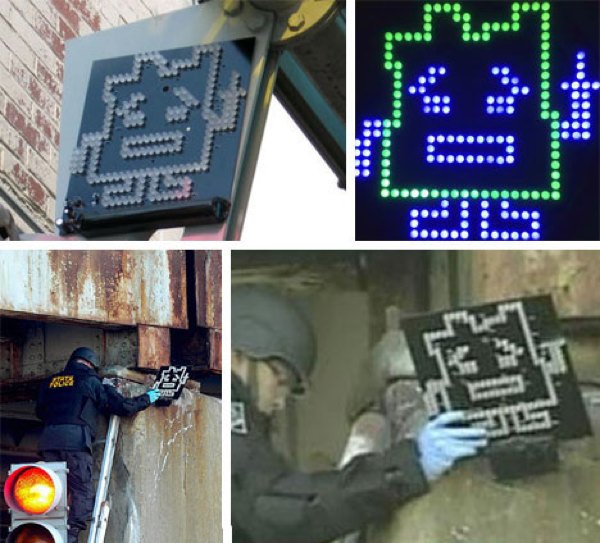 A publicity campaign, confused for a bomb-scare, caused emergency services to freak out.

On January 31, 2007, there was a huge bomb scare in Boston, when strange LED placards popped up around the city. Police took the threat seriously, and it made national news in the United States as the Boston Police and Fire Department tried to make sense of what they were dealing with. As it turns out, they were dealing with a promotion for a cartoon aimed at stoners.

The LED placards were meant to look like characters from the show “Aqua Teen Hunger Force”, which was then on its way to the big screen. It’s easy to see why police might have confused the placards for bombs: they had exposed wiring and electrical tape. Except for the weird animated characters on each of them, that is.

Boston police were mocked after this farce – making it one of the only cases in which the people staging the stunt and the people reacting to it suffered a public relations disaster.