There are certain animal facts that everyone seems to know. Cows have four stomachs, cheetahs can run at freeway speeds . . . that sort of thing. But there are a lot of widely believed animal facts that aren’t all that factual. 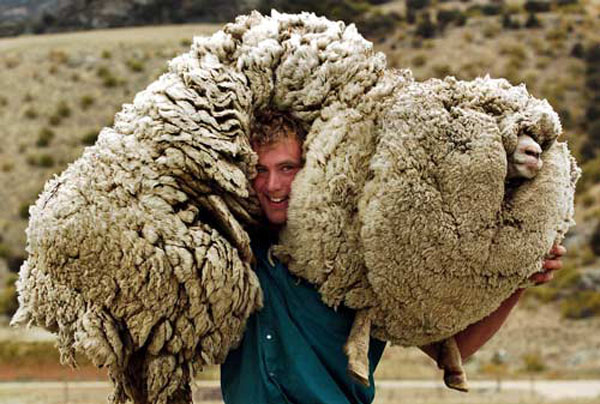 If there’s one thing everyone knows about sheep, it’s how stupid they are. After all, if one sheep starts moving quickly, the rest of the flock will just up and follow. They’re generally perceived to have little ambition or motivation, and many people would rank them next to rocks in intelligence.

Animal scientists, on the other hand, would rank sheep just below pigs, rodents, and monkeys. In some tests, they even come close to humans. Recent studies have found that they’re of fairly average intelligence among farm animals. They actually learn quite quickly and can adapt to changing circumstances, create mental maps of their environment, and possibly even plan ahead.

It’s not advanced calculus, but for an animal that’s thought to be a total numbskull, it’s a decent effort. 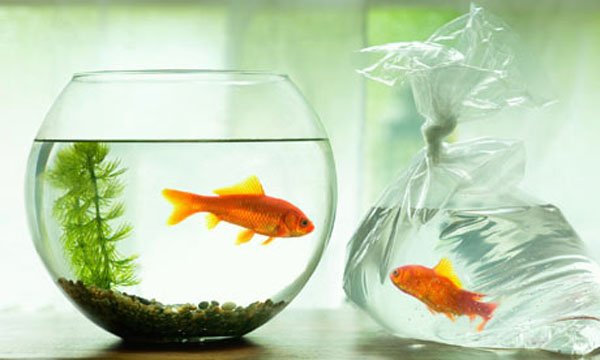 Any parent will tell you that a goldfish is a great first pet for a child. It hardly needs any attention, and it won’t be around for too long. Flushing a goldfish in its first week is pretty common—it even happened to my first goldfish. But it turns out that goldfish aren’t as helpless as we all think.

In fact, the incredible survival skills of goldfish have become something of an urban legend among those in the know. One fish survived for 13 hours after jumping out of its tank, while another lived for seven hours on a stone floor. It turns out that when goldfish are in a low-oxygen environment in water, they drastically reduce their bodily processes, similar to hibernating bears in winter. It’s possible they use this same technique when they’re lying on your kitchen floor. When they’re returned to water or to water that has more oxygen in it, their bodies speed up again and they go right on swimming without batting an eyelid. 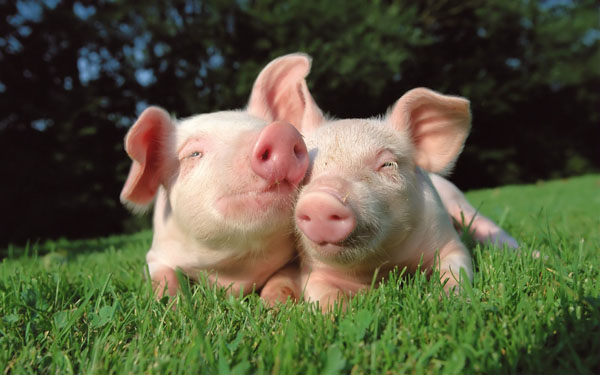 Sure, an animal that spends most of its time rolling in its own feces probably won’t be the next Einstein, but most people don’t realize that pigs are more intelligent than they look. They can respond to a name by the time they’re a week old, for crying out loud. Researchers have pitted pigs against human toddlers in joystick-controlled video games involving object recognition and manipulation. The pigs consistently perform better than toddlers.

What’s more, if a pig (let’s call her Spamela Anderson) notices that another pig (David Hammelhoff) is heading for a stash of food, Spamela will follow him to the stash and try to steal it. But The Hoff isn’t a complete idiot, so if he realizes that Spamela is stronger than he is, he’ll try to ditch her or lead her to a fake stockpile. The pigs are showing a theory of mind—that is, the ability to understand what other animals are thinking or desiring, a talent previously observed only in chimpanzees and dogs.

7
Dogs Are Only Moderately Intelligent 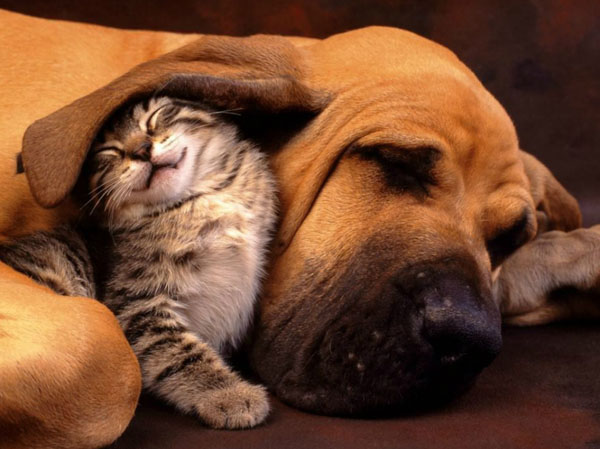 Everyone knows that dogs are intelligent, but studies have found that they’re even smarter than we think. Researchers, in a test involving human toddlers, chimps, and dogs, showed the subject two upside-down buckets, one of which had a treat underneath it. The experimenter would then gesture at the correct bucket by variously tapping it, pointing at it, nodding toward it, and even remaining completely frozen while just looking at it. Chimps and toddlers were pretty bad at picking the correct bucket but learned well after a period of trial and error. But the dogs consistently chose the correct bucket, succeeding four times as often as the chimps and twice as often as the toddlers. (And no, the dog’s strong nose didn’t make the difference; both buckets were made to smell like the treat.) That’s right: Fido can probably understand you better than your own toddler can. 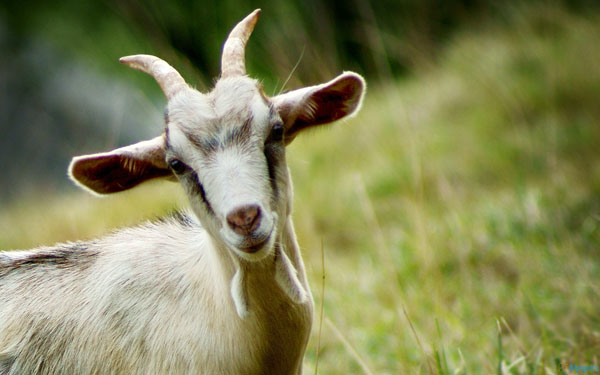 There are some things in life that only women can do, like giving birth and breastfeeding . . . right? Well, goat mothers are in luck—their husbands can grow udders and feed the children. And this isn’t just a one-off that happened at one farm in rural Never-Heard-Of-It. This is a fairly common occurrence and has been well-documented. But it’s an udder mystery for scientists, who aren’t entirely sure why the functioning male goats sometimes have bonus lady parts. Guys, don’t you wish you could do that? 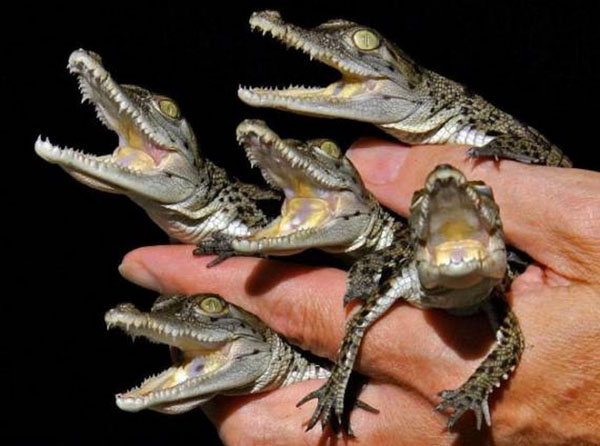 Toothy, fearsome crocodiles are fast in the water and slow on land, right? Double whammy: you’re wrong and dead because of it. Crocodiles can move at speeds of more than 16 kilometers per hour (10 mph) on land. Considering that they usually use surprise to attack their targets, that land speed is more than enough.

Are you afraid yet? Most people also know that a crocodile is the top predator in its environment. But what if crocodiles had to deal with other predators instead of herbivores like water buffalo and wild boar? Well, saltwater crocodiles have been observed taking down sharks. Keep your distance, and do not turn your back to attempt a selfie. 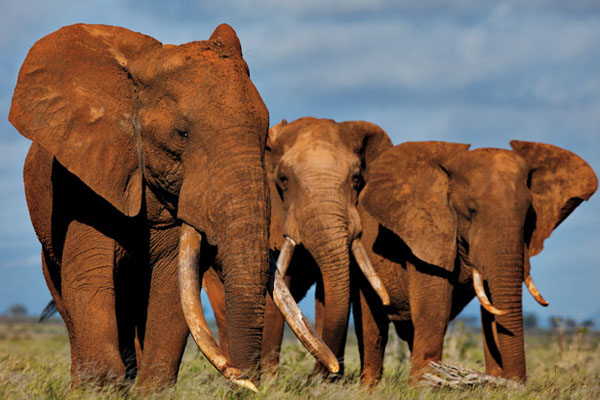 Of course animals understand death: they have to protect themselves and their young, and many of them kill other animals for food. But it would probably surprise you to know that several species observe rituals when others die. Several primate species, for example, seem to grieve and mourn their dead, and a red fox has also been observed burying a deceased companion.

Elephants frequently guard the bodies of their dead, even if they were not related in life. And if a Western scrub jay sees a dead bird of the same species, it will investigate the body and call out so that other jays in the area hear the news. It might seem like they’re only warning their friends about the danger, but strangely, the birds also stopped eating for more than a day. Either animals are more like humans than we thought, or we humans are more like animals than we thought. Who’s to say?

3
Animal Sex Is All Business 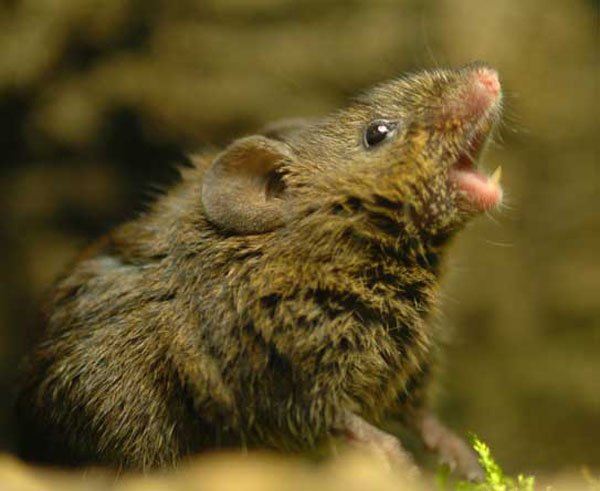 Raw instinct. Survival of the fittest. Mother Nature doing the horizontal tango. Animal sex is all just-the-business, ma’am; no pleasure. And that goes double for animals that really pump out the babies, like rabbits and mice. But both of those animals are surprisingly poetic when it comes to love-making: they even sing a kind of song as part of their mating rituals.

Rabbits—especially does—will make soft honking noises to let their mate know when they’re ready. Mice take things one step further and actually sing to their mates. The sounds they make are ultrasonic (so humans can’t hear them), but when recorded and adjusted for human ears, they do form a coherent song. The males will only sing these songs in the presence of females or if they’re prompted with a female’s scent. So mice are a bit classier than the dirty sex machines we took them for. 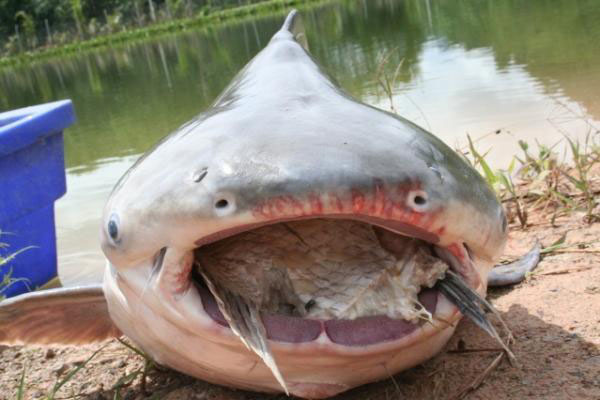 To be fair, this is true for many fish. Most river fish will either eat insects, tasty-looking plant weeds, or smaller fish. But European catfish are moving up in the world. They’re living up to their whiskery namesakes and learning to hunt pigeons that come to the water to drink. The catfish drift up slowly and then leap out of the water, chomping at a leg or wing. If they can grab one, they’ll attempt to drag the pigeon back into the water and drown it so that they can eat their meal in peace. Note to self: Leave the pet bird at home when visiting Europe.

1
Camels Must Be Constantly Sweating 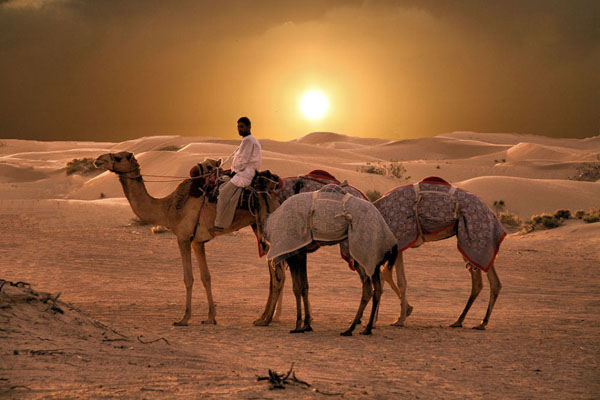 Anything that lives in the desert is going to be drenched in sweat. When daily temperatures reach 38 degrees Celsius (100 °F), the only thing that doesn’t sweat is probably a robot. Well, it could be a camel, as it turns out.

Many animals sweat to regulate body temperature. But camels rarely sweat, more often just letting their body temperature soar, all the way to 41 degrees Celsius (106 °F). Their bodies have adapted to ignore the heat, and if you think about it, it makes sense. Sweating uses the most precious resource in the desert: water.